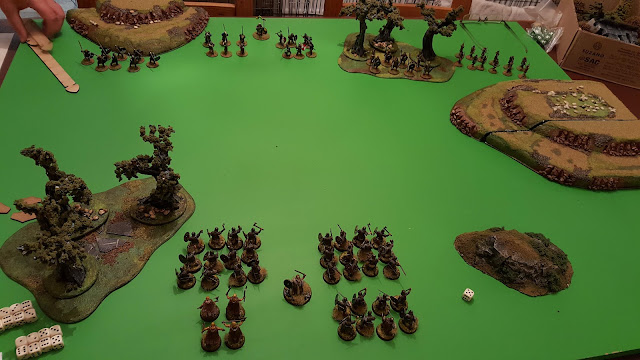 Went to my friend Mick's house the other day and we got out first game of Saga in quite some months played. 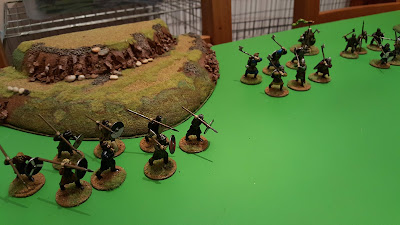 Anglo Danes V Vikings, 6 points, in a non specific scenario. I had changed my army so that I had two large 12 man units of warriors to see how they went. It meant they would stick around longer, but also I would have fewer Saga dice to play with, so could be a poor decision. 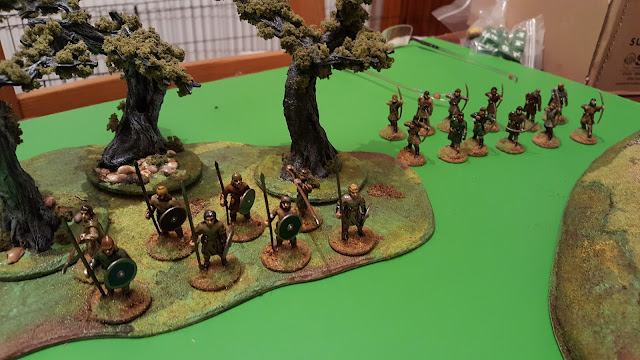 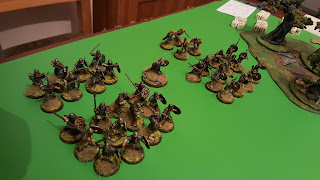 I threw my Vikings forward towards one flank of the Anglo-Danes. 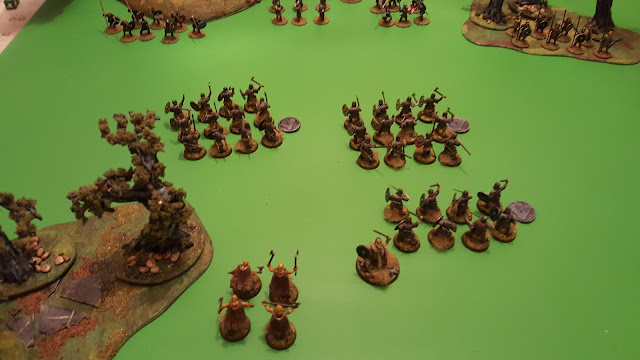 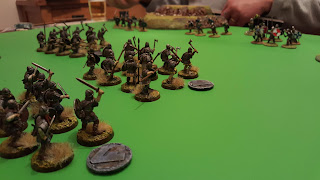 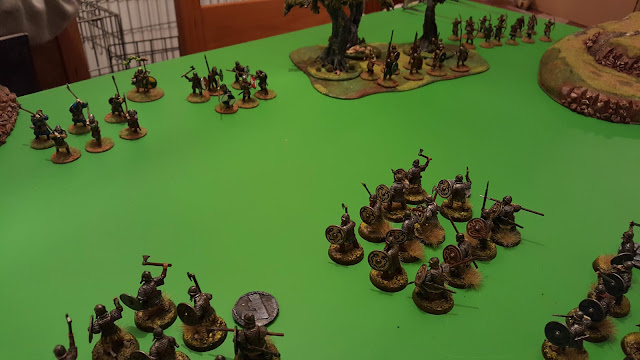 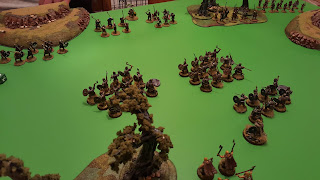 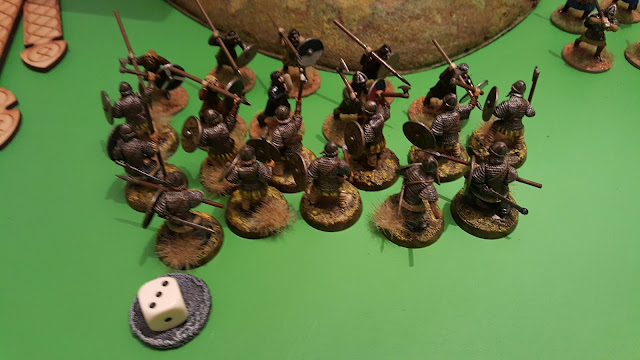 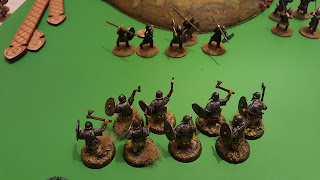 The Vikings were held to a draw. 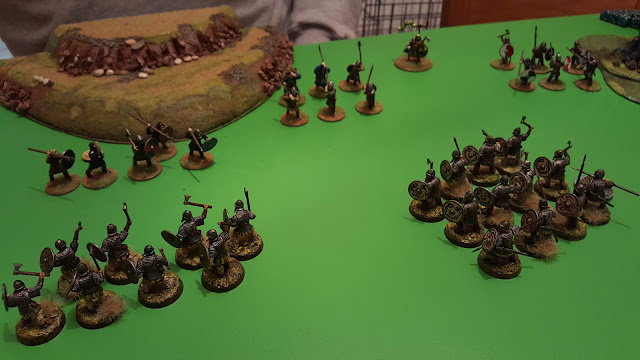 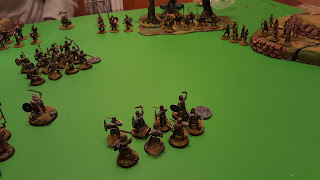 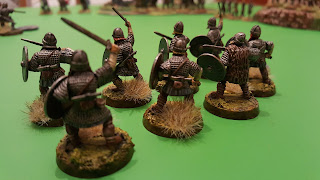 The Anglo-Dane archers arranged on the hill shooting at the Viking Hearthguard. 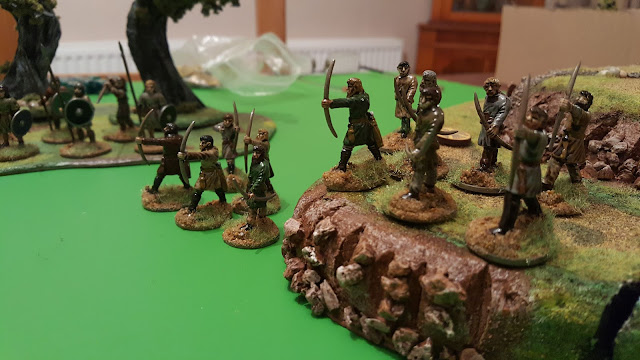 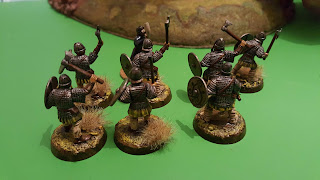 These Anglo-Dane guard were later taken out by the berserkers, who were also completely destroyed in the process. Doh! 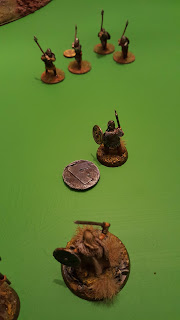 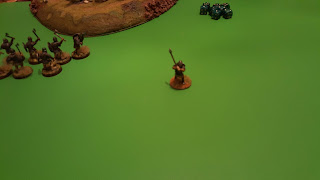 While the Bondi unit continue to attack and push the left flank the Hearthguard push sideways first in the archers and then into the warriors with spears. 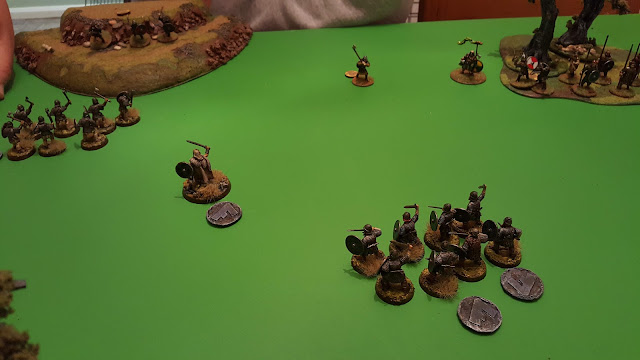 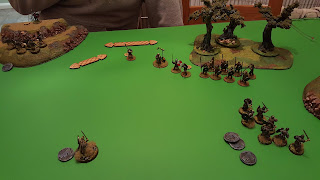 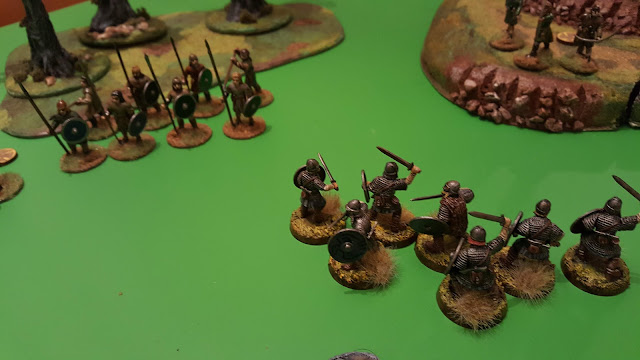 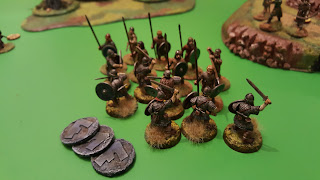 The archers were dispatched but the warriors took several rounds and it did not look good for the Vikings, however in the end they won through. 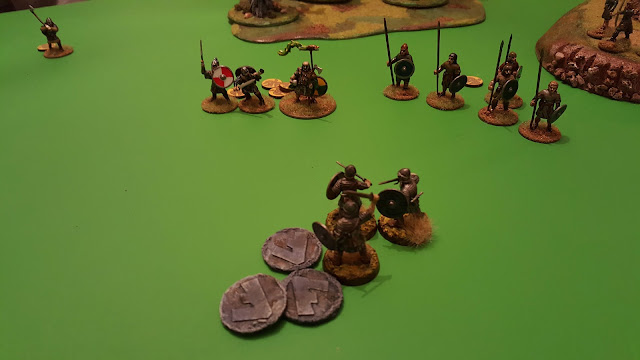 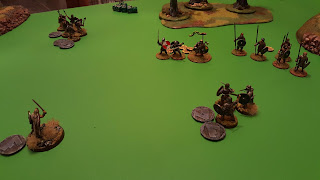 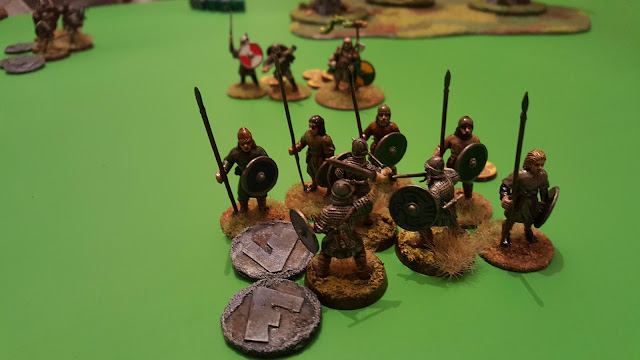 At the same time the unit of bondi on the left swung round to come at the rear of the Anglo-Danes. 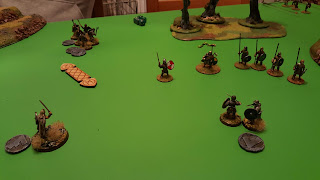 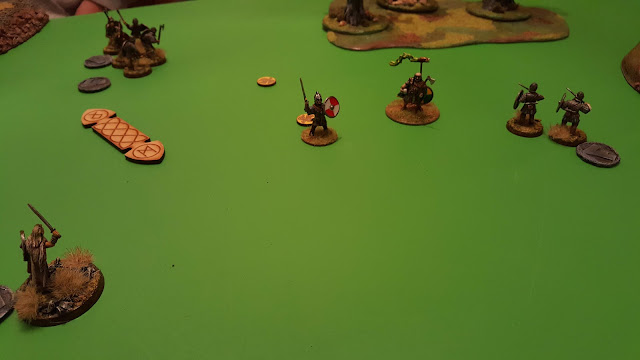 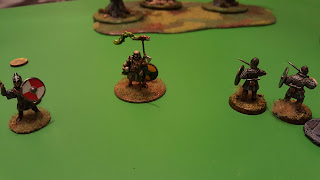 Feeling out numbered and enclosed the Anglo-Danes accepted defeat, although the Viking warlord did breathe a sigh of relief, it had been a very bloody affair and loads of fun.
Cheers Mick. 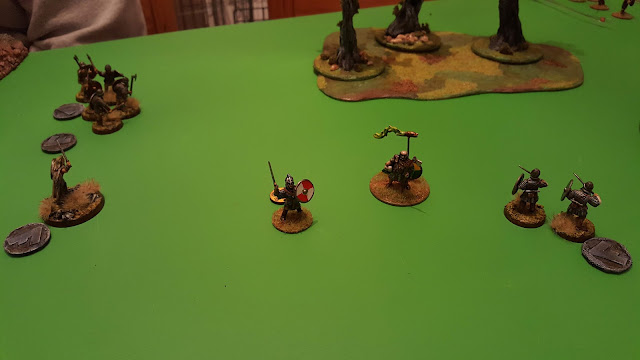