This is my take on playing quest in woodland or forest areas, have had this made for some 3 months now, but only just had the chance to actually play with it. Made all the Forest Cards myself, although an awful lot of inspiration came from the old Wood Elves Army Book for WFB and an article called, Into the Woods by Jonathan Green found in The Citadel Journal 18 from 1996. 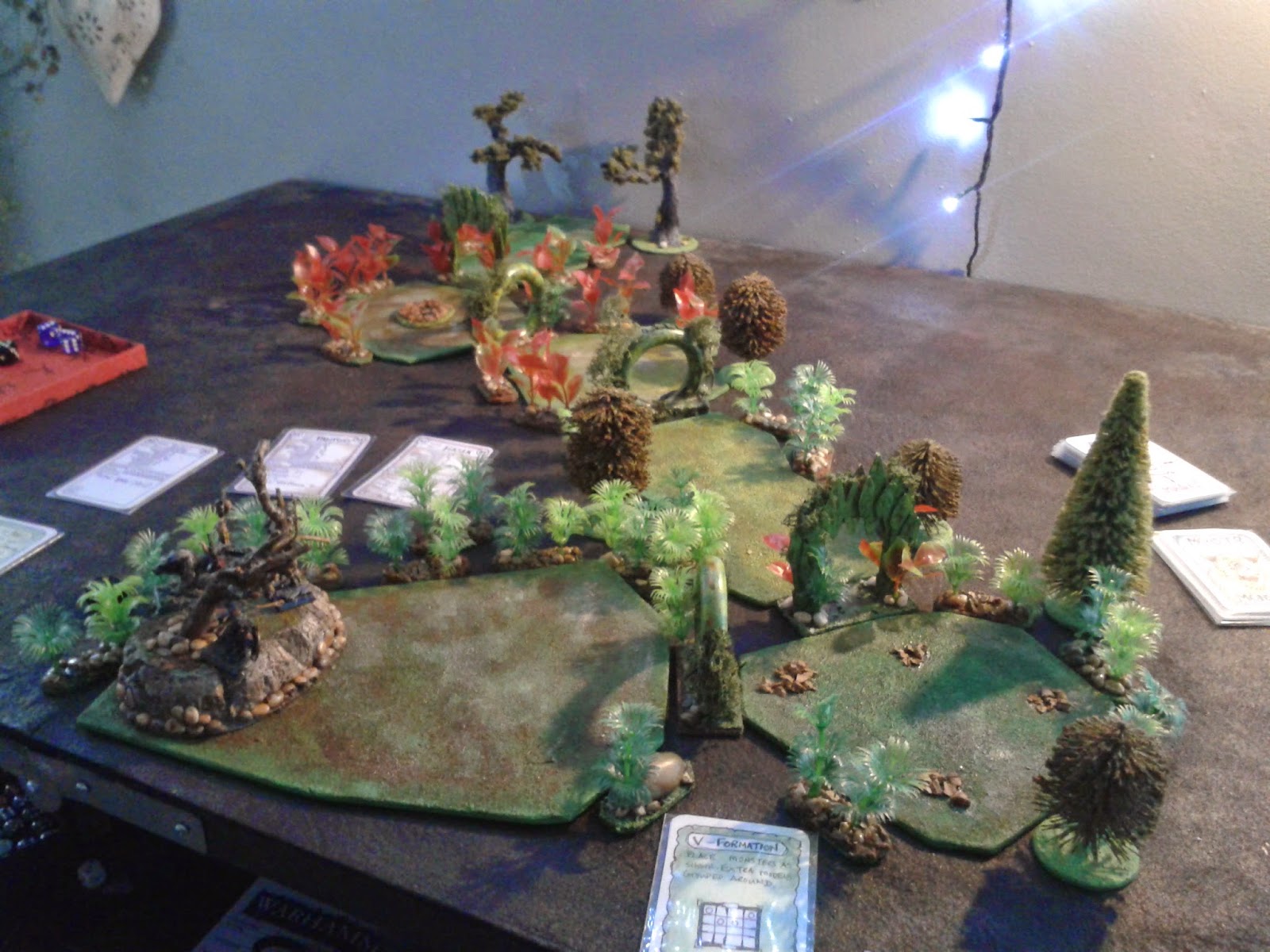 It plays pretty much the same as standard Quest, just presents another setting to play in. I have not thought about a set of  Event cards for wood elves, I have loads of projects which I need to get to grips with. I thought that I would create a set of Lizard men cards first, go from there. 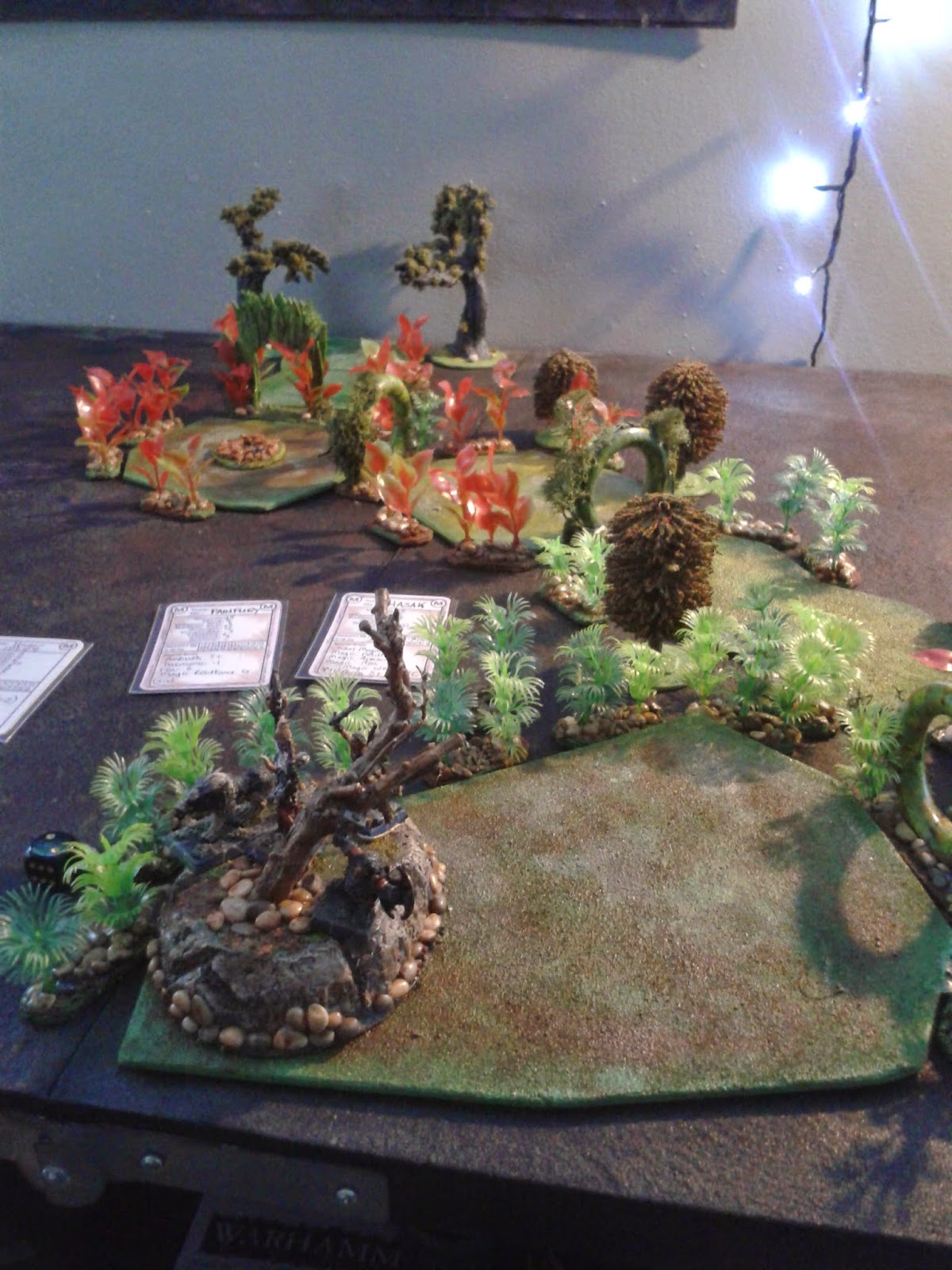 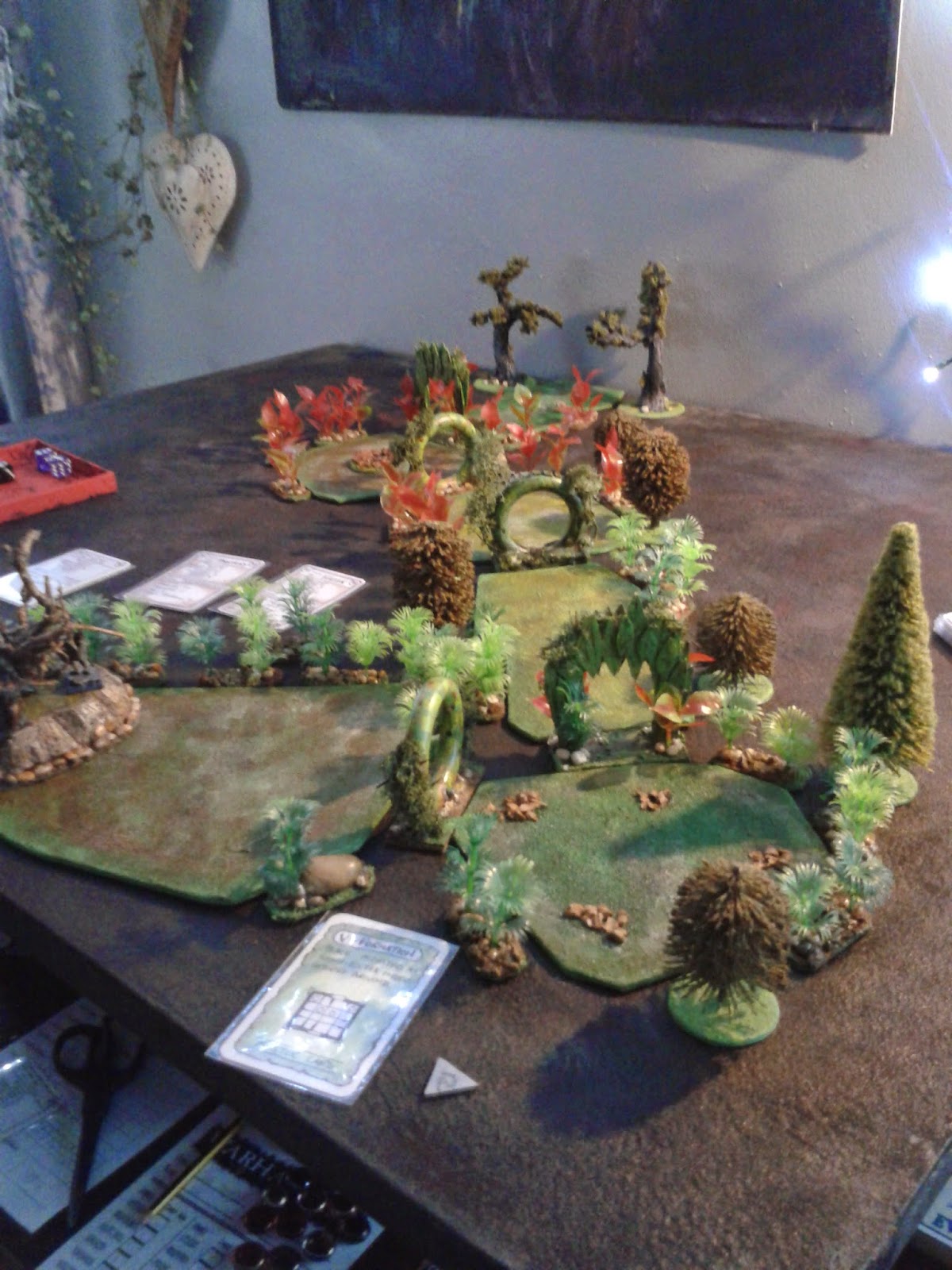 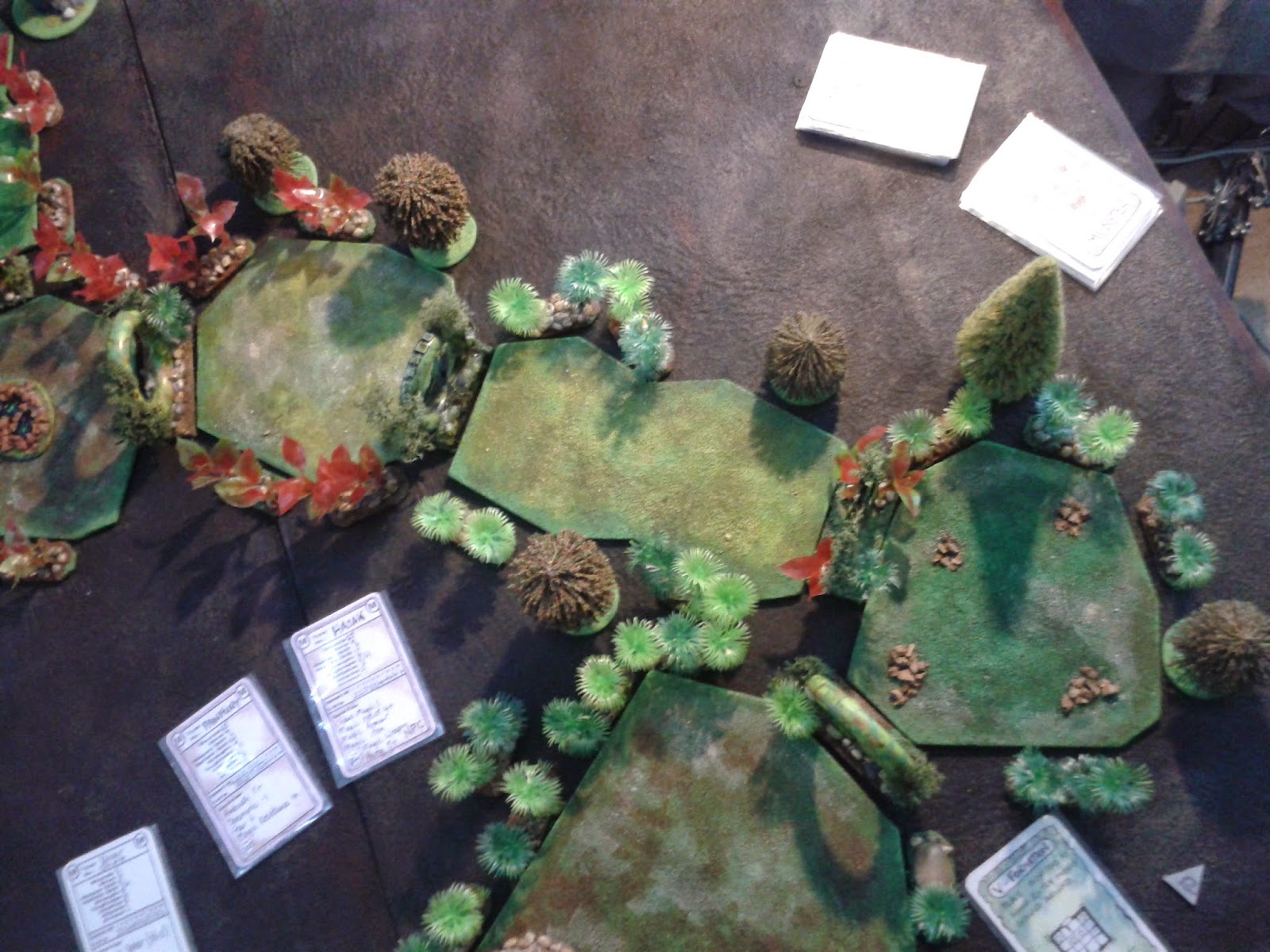 I have made a report about the game and will be adding to the Films Pages I have produced recently.