Recently I finished painting and converting a new 2000 pt army for the High Elves. High Elves were my first army, a long time ago, and I have about 10,000 pts in total. However I have not been playing much in last year and there were some units that needed some attention or had not really been started.

As you may have guessed I often do things on the cheap, hence I buy all my stuff from ebay and even then only models that are old and not particularly sort after. I do not have a problem mixing old and new models at all and love to badly convert old plastics to new purpose. I love the game and the craft, but do not like the prices.

So this is the army I played with last, about a month ago, against my friend, who played vampire counts- for the first time with the new book- and they won. Not a common occurrence, something I will try to prove by posting a few battle reports in the future. 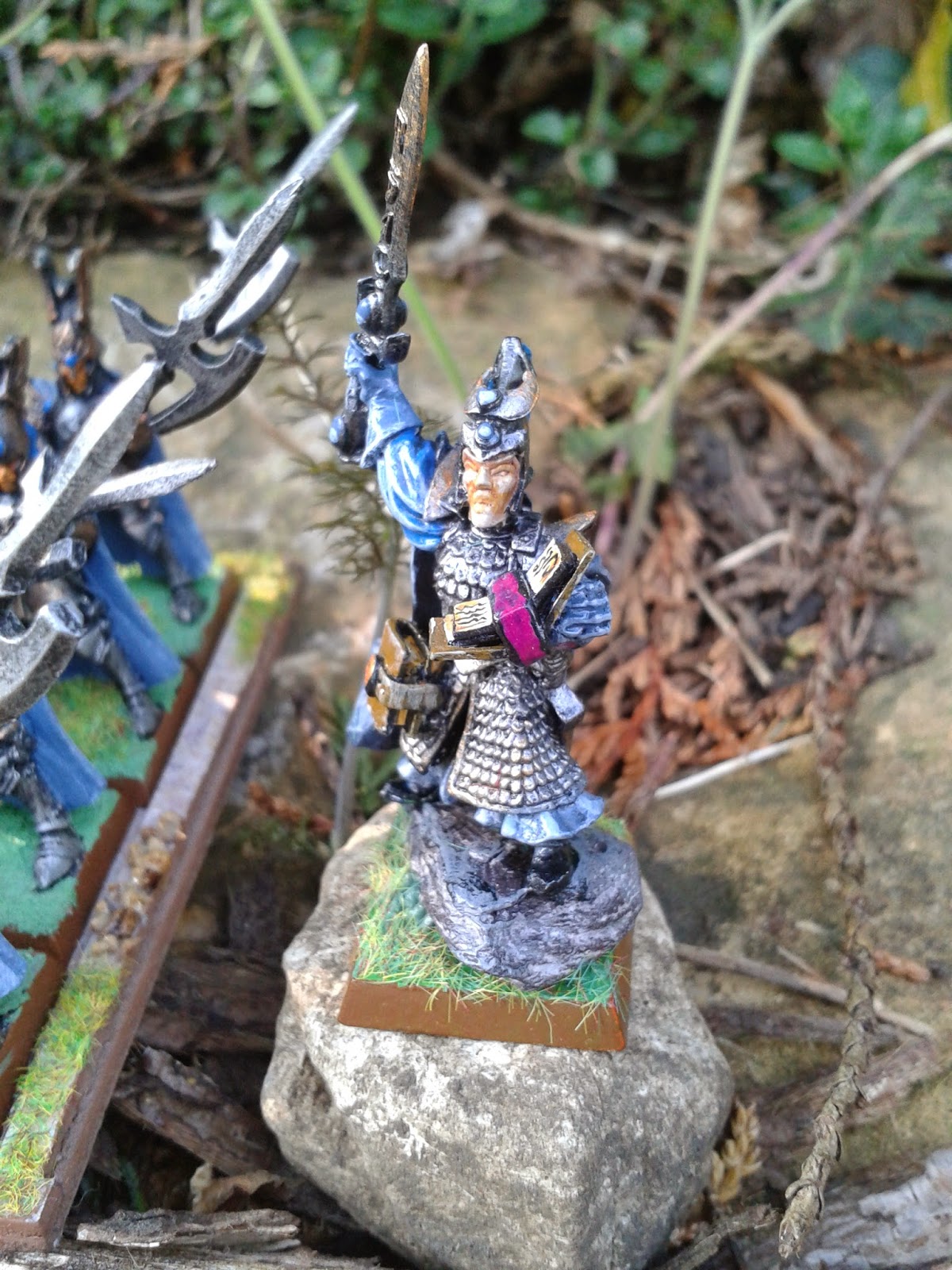 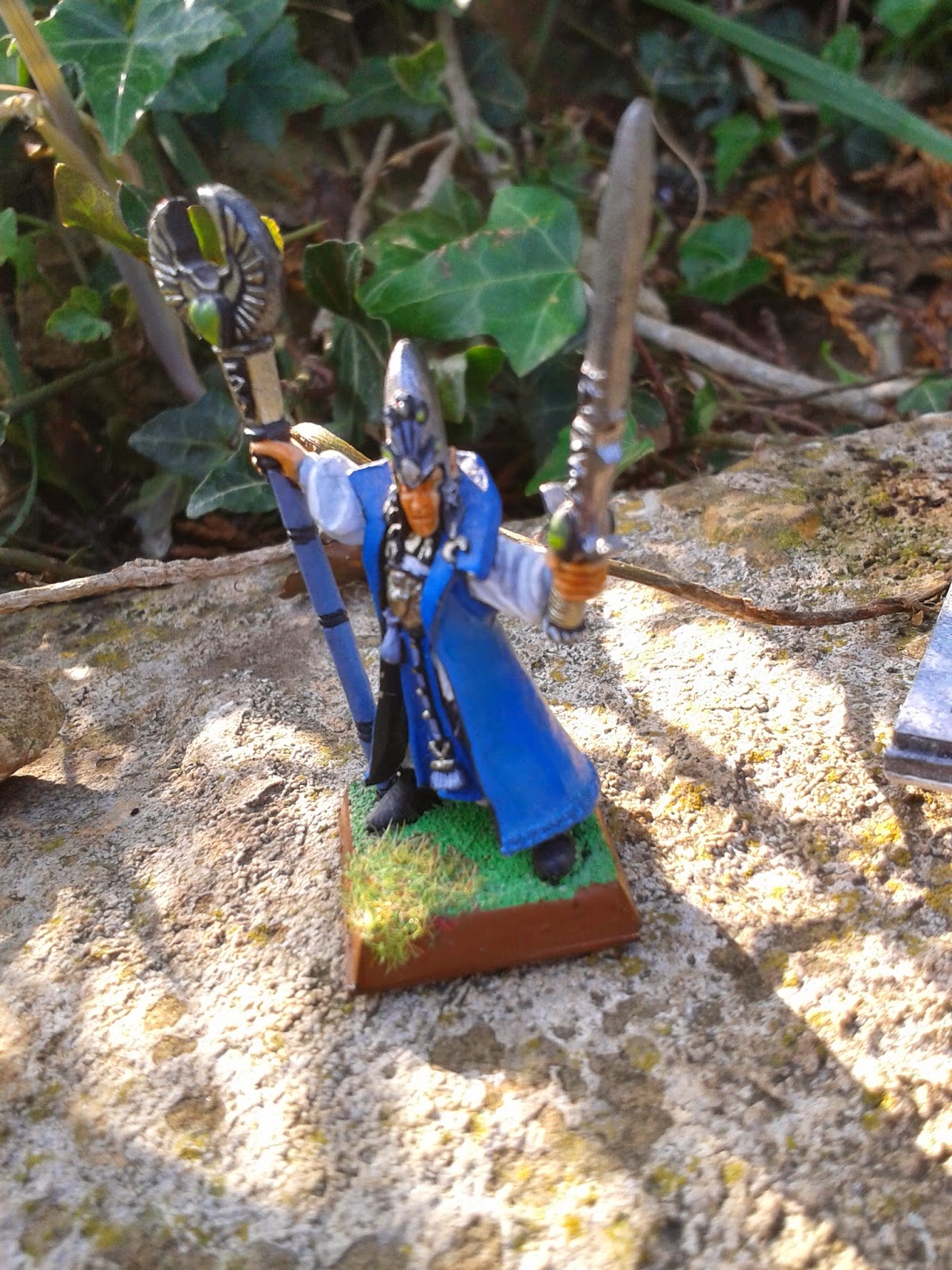 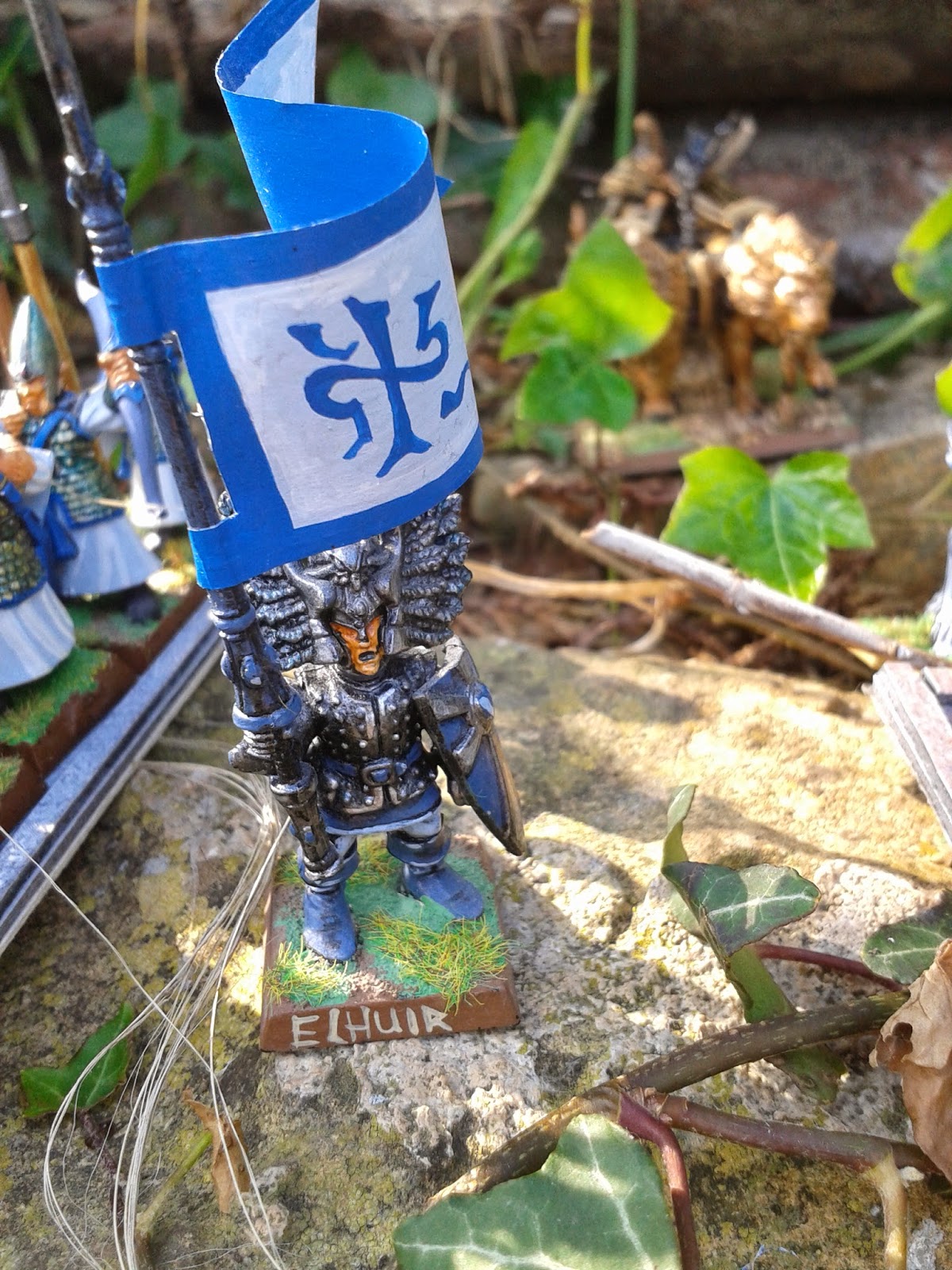 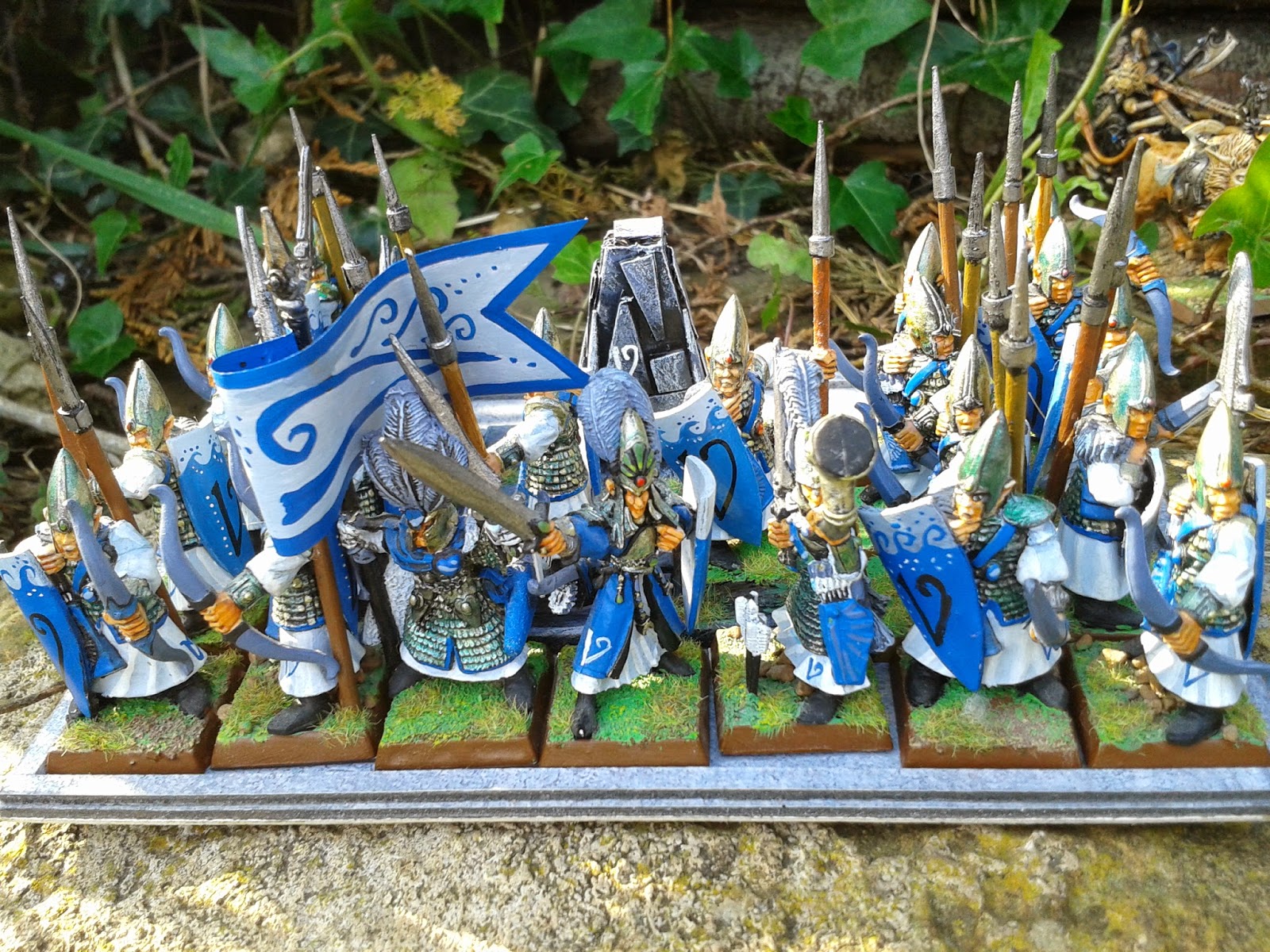 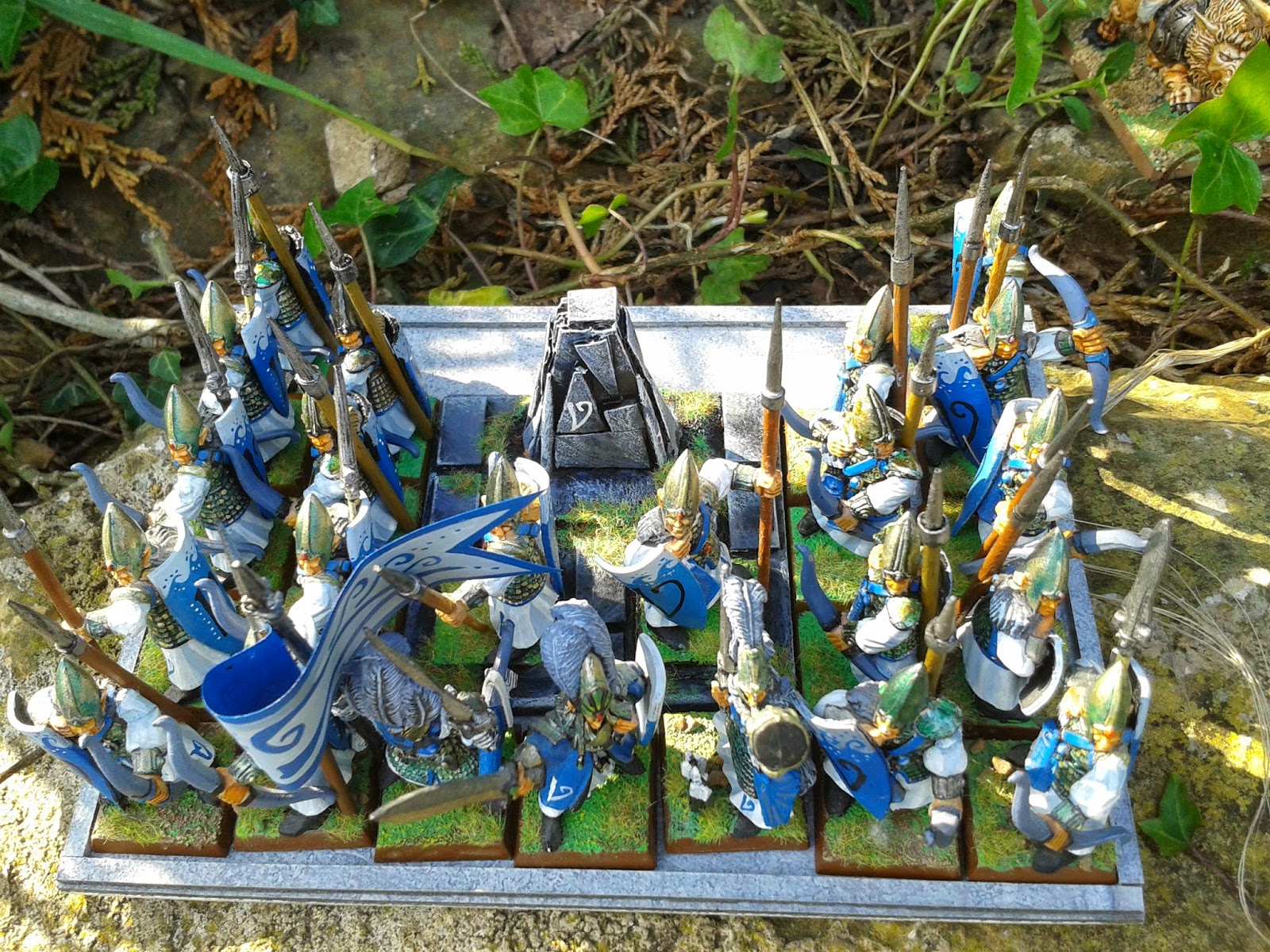 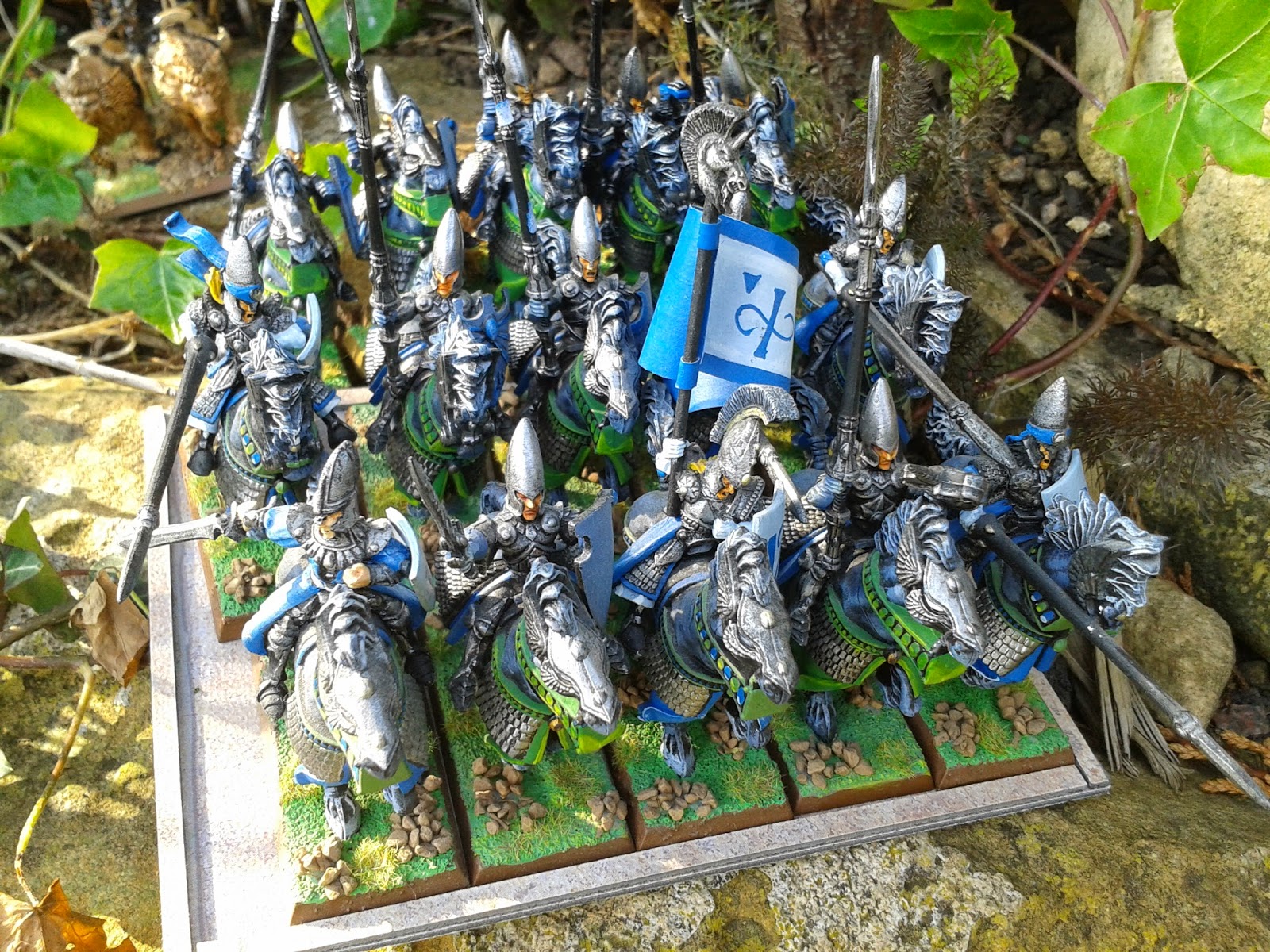 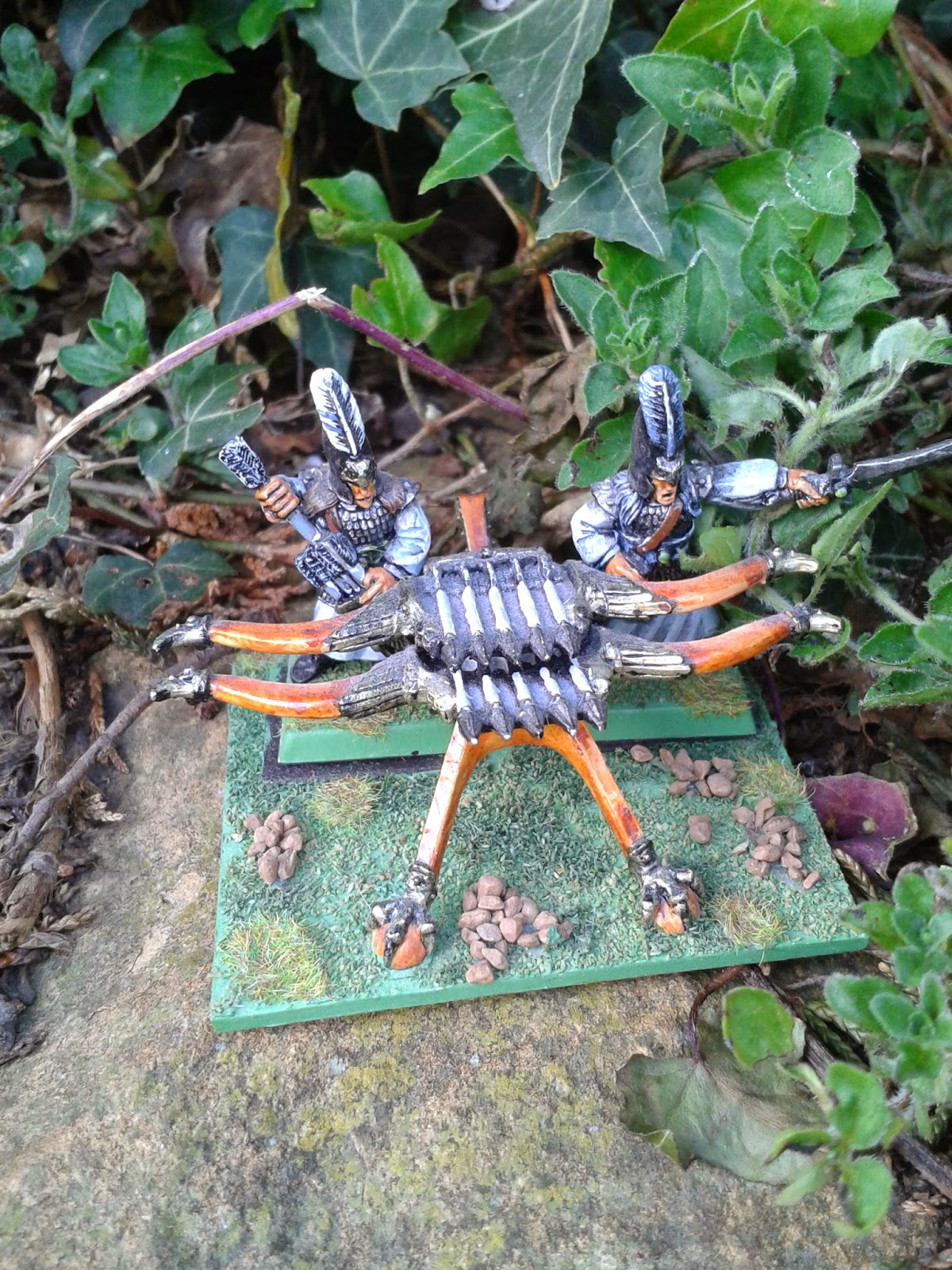 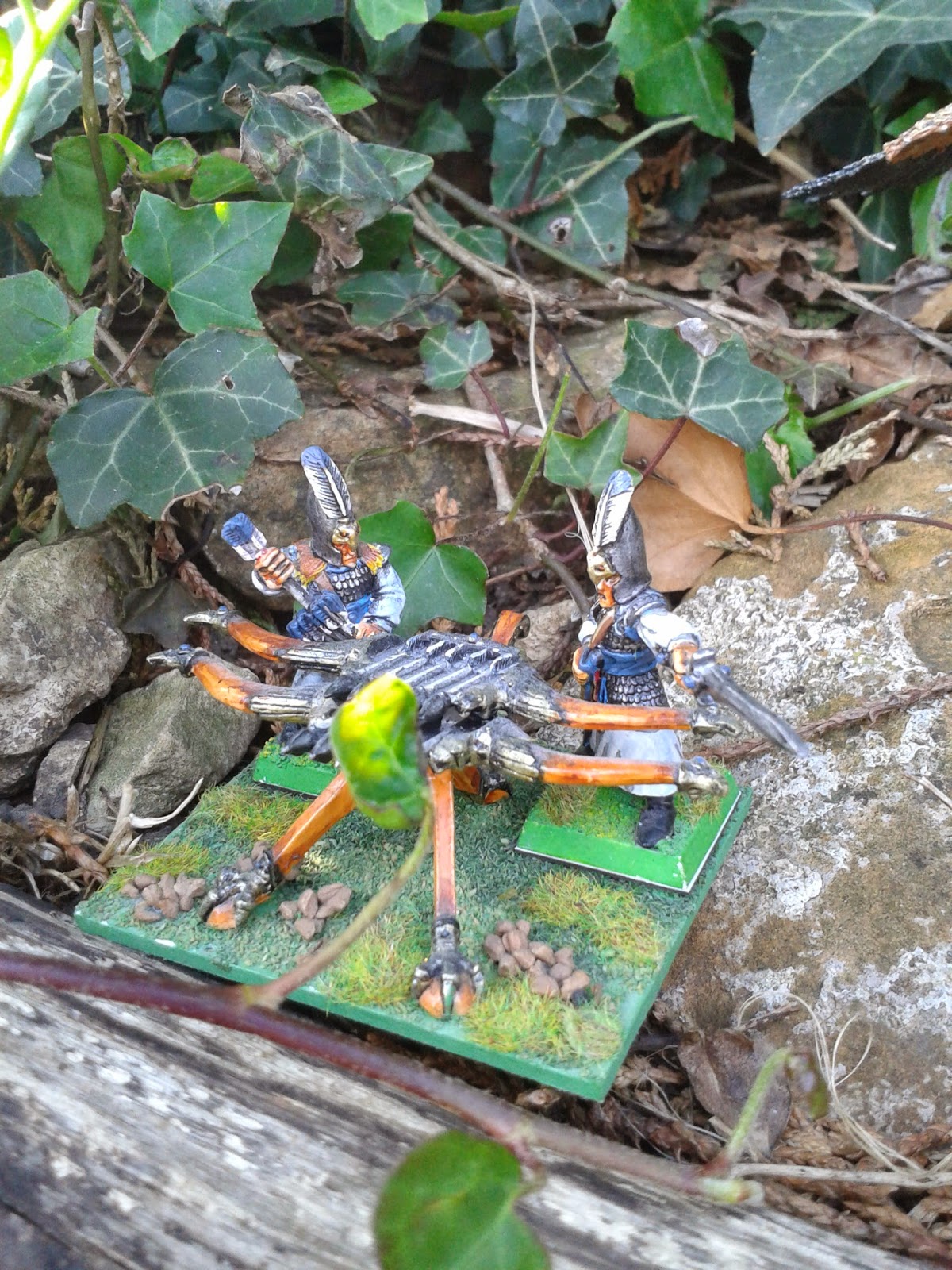 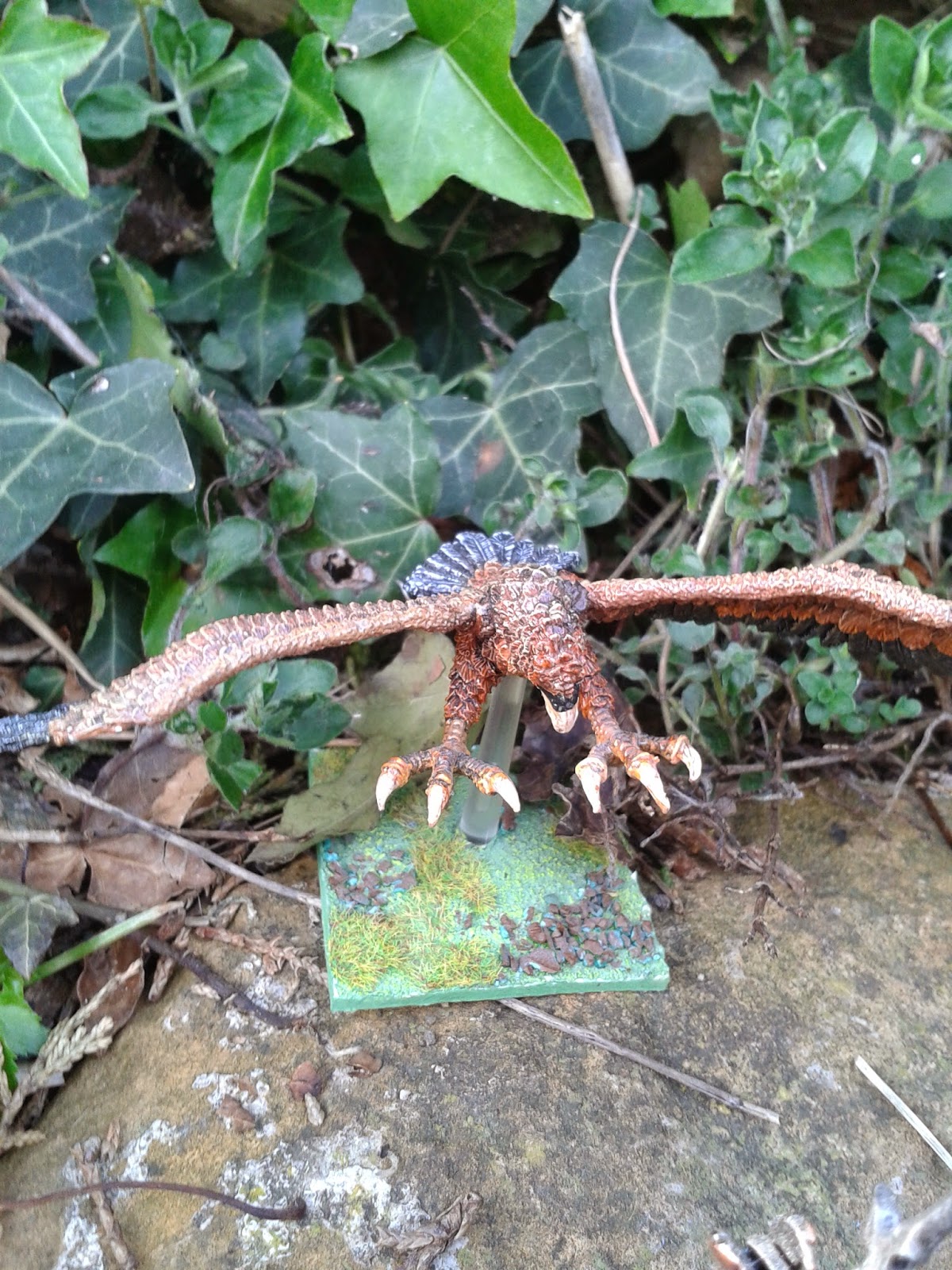 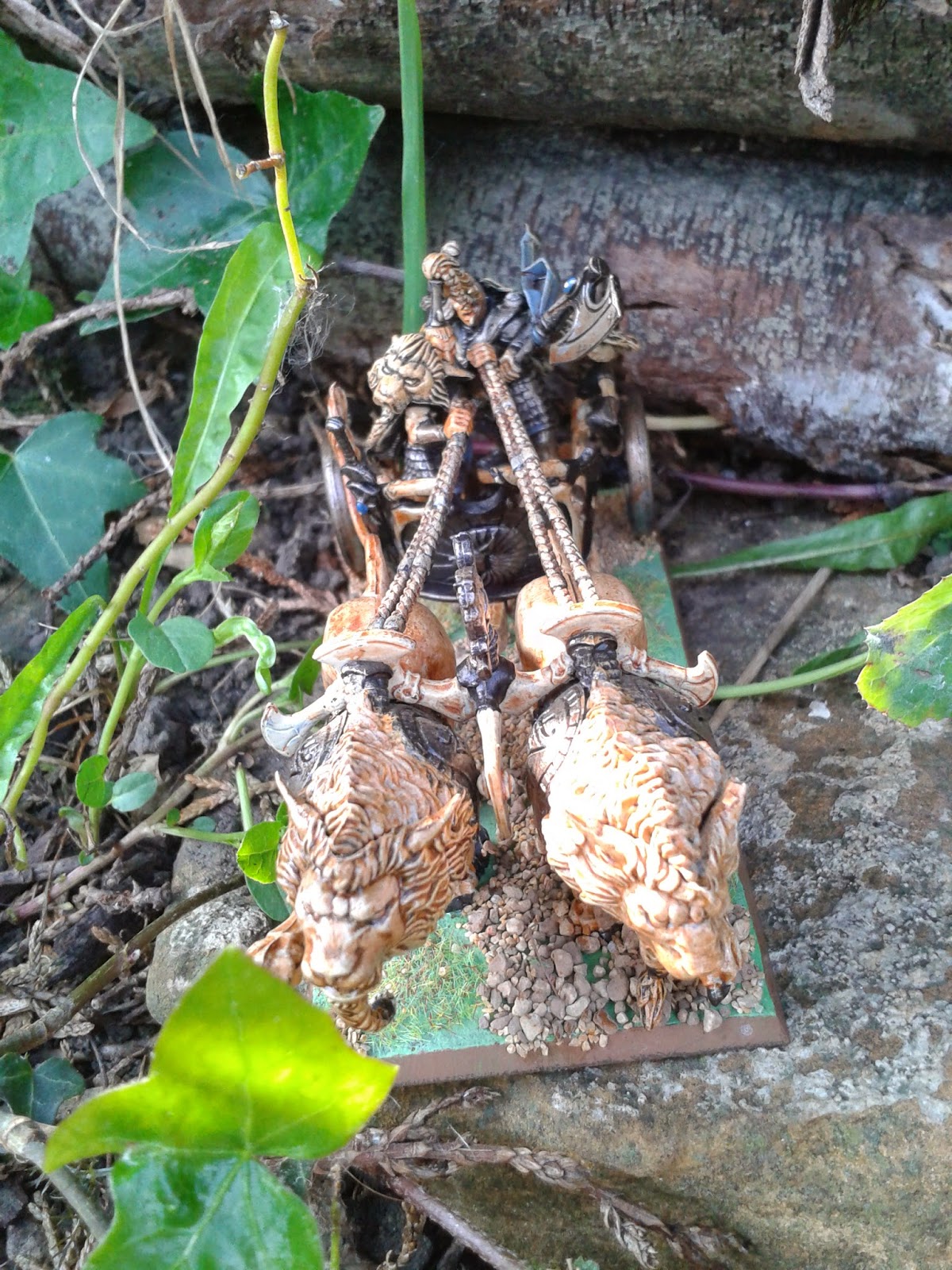 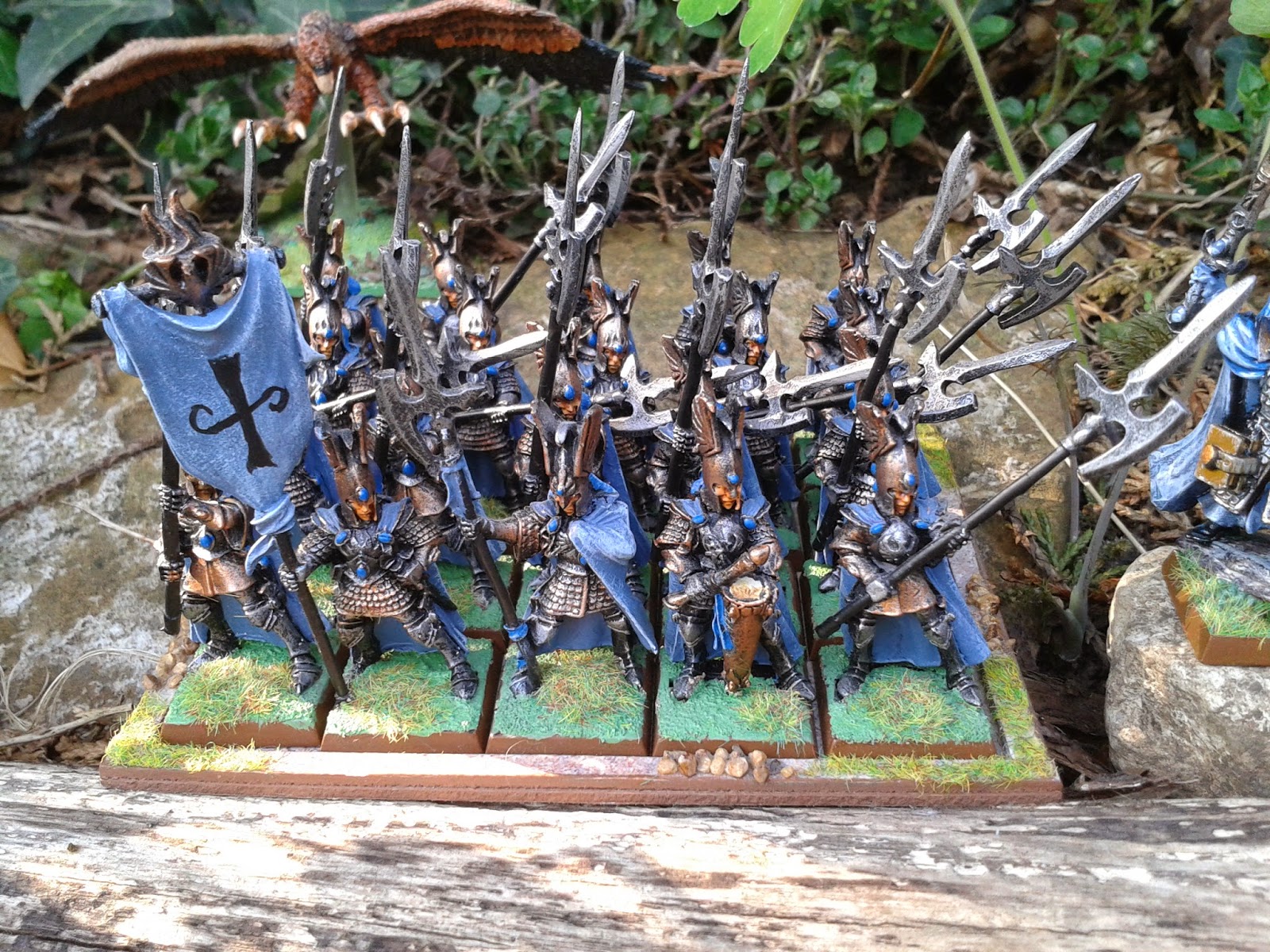 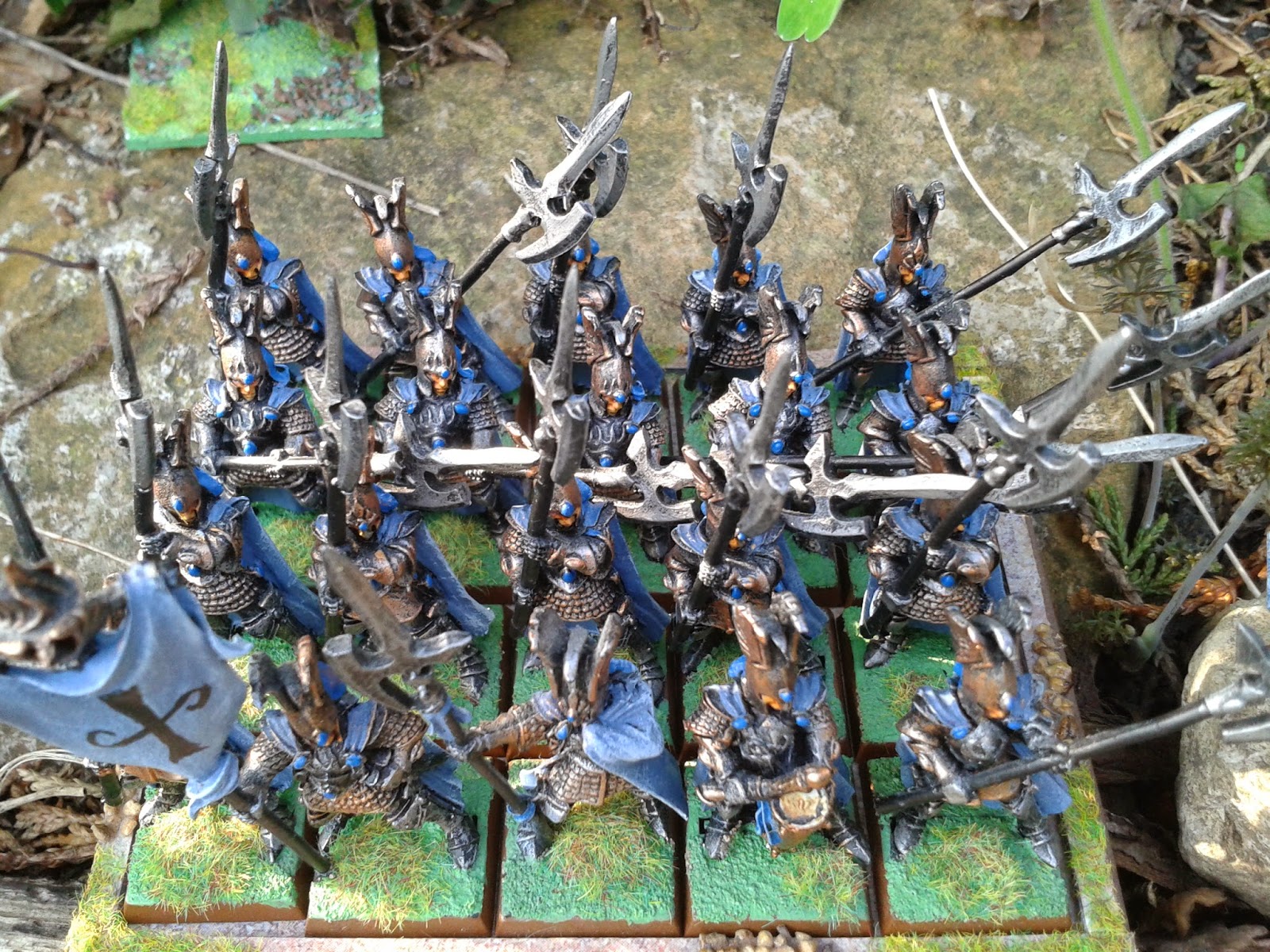 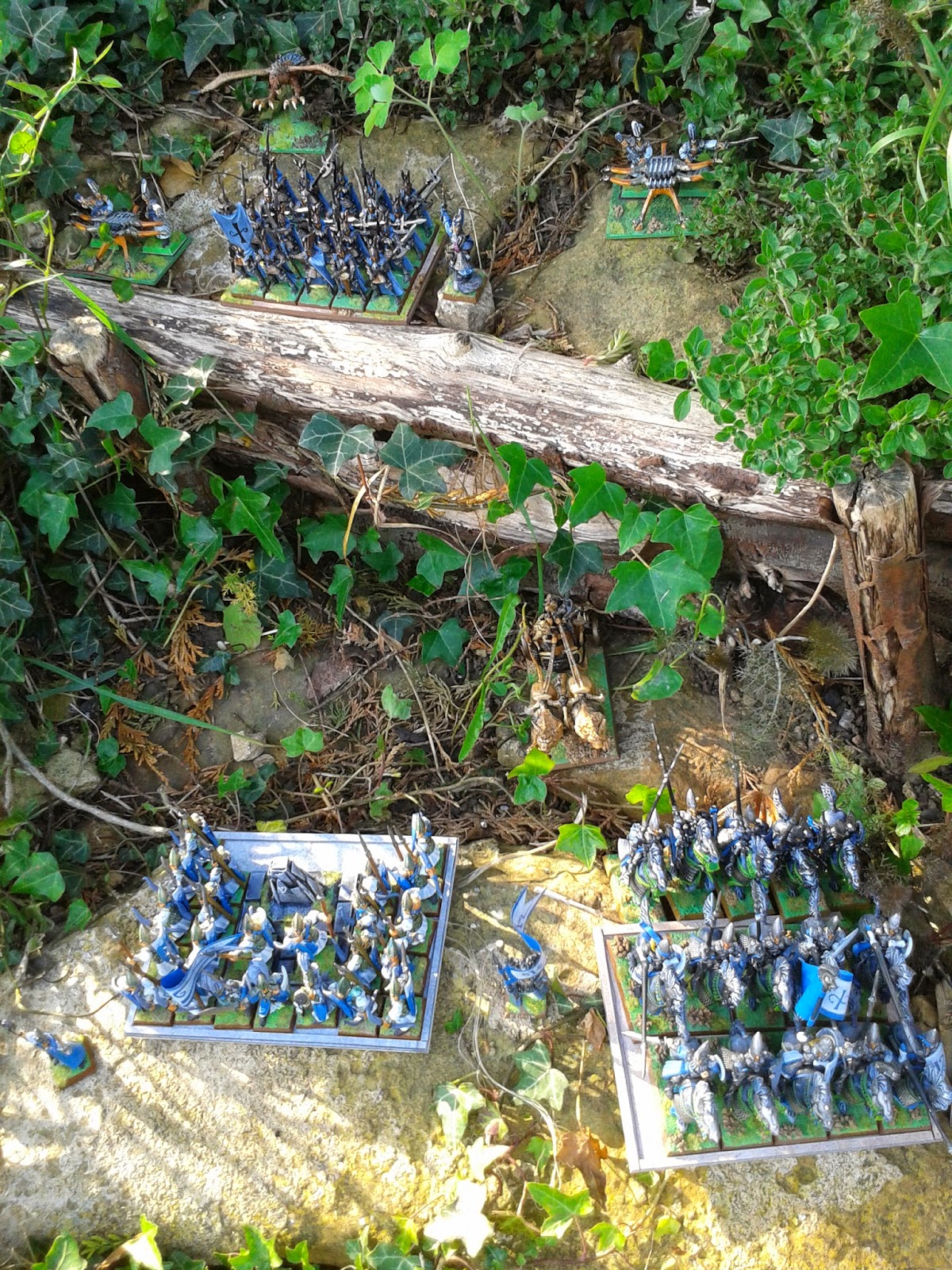 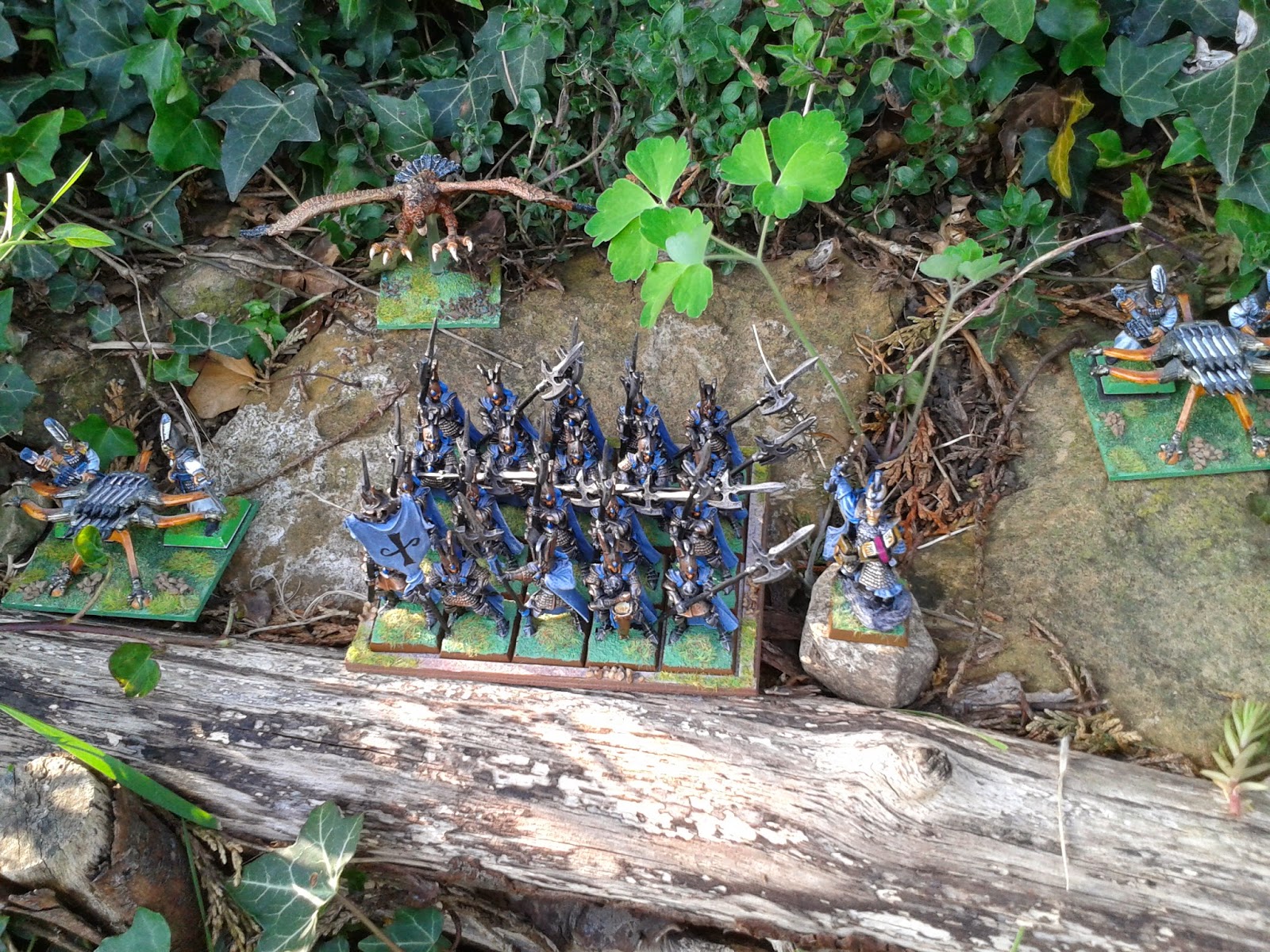 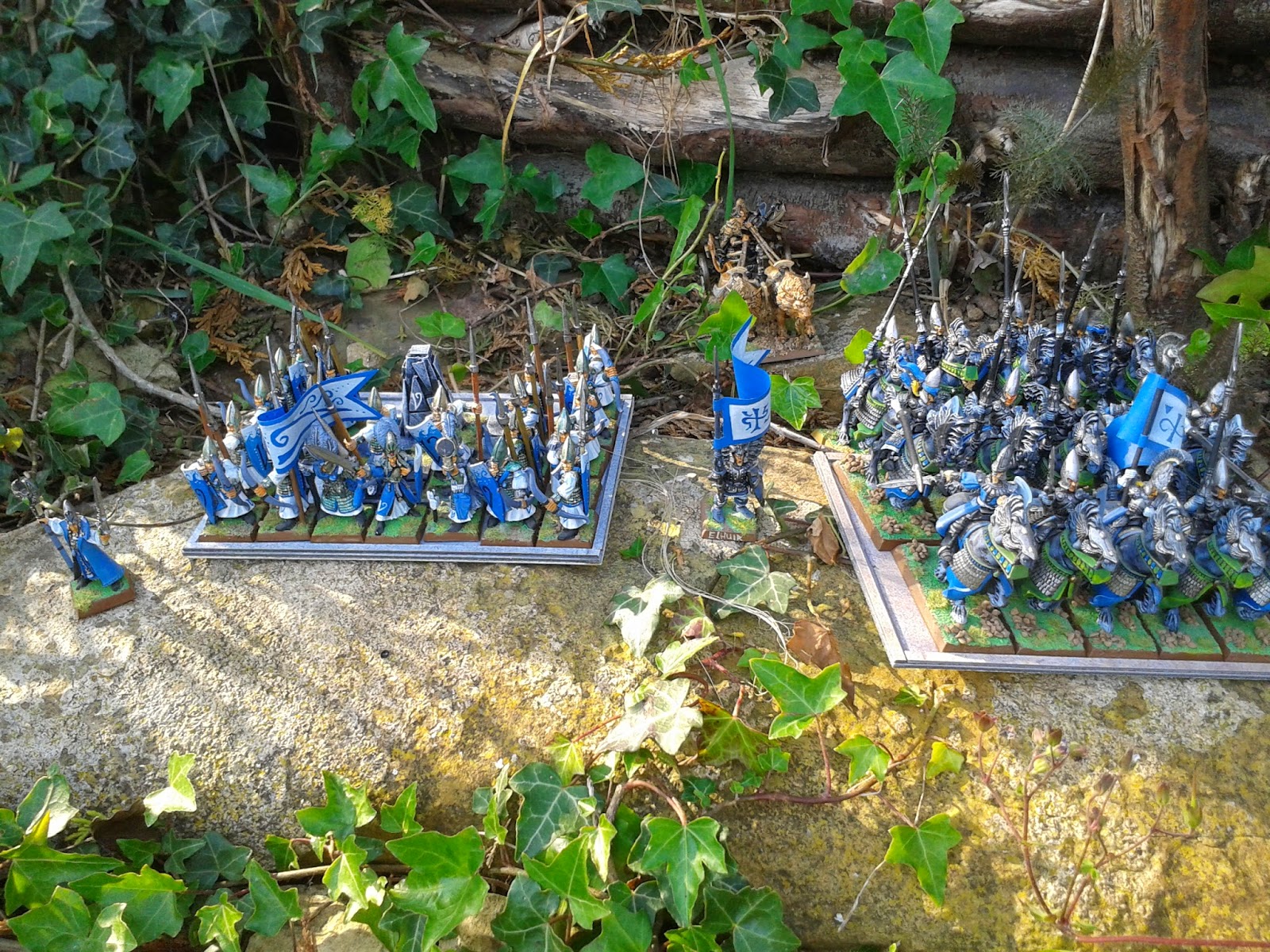 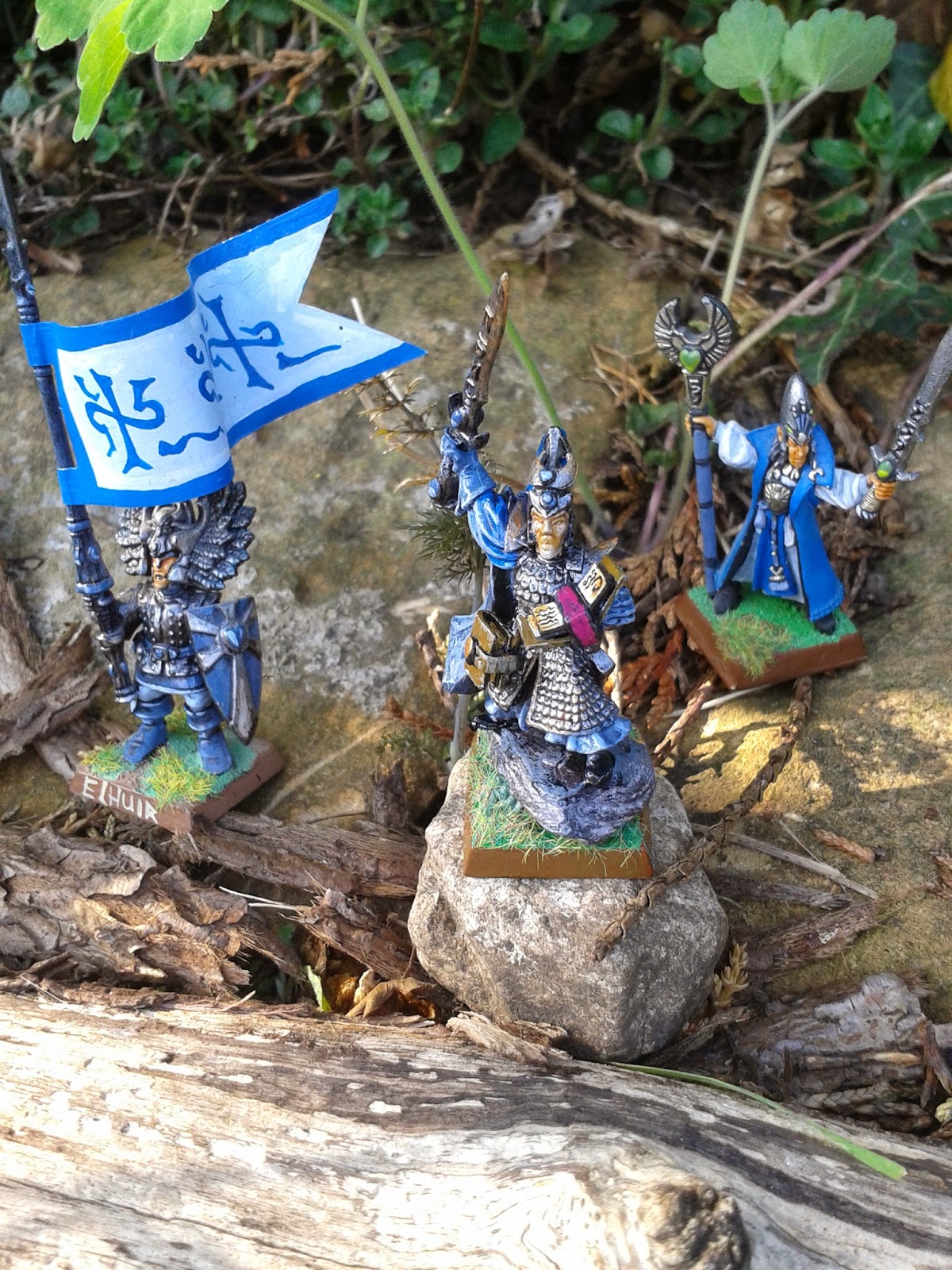 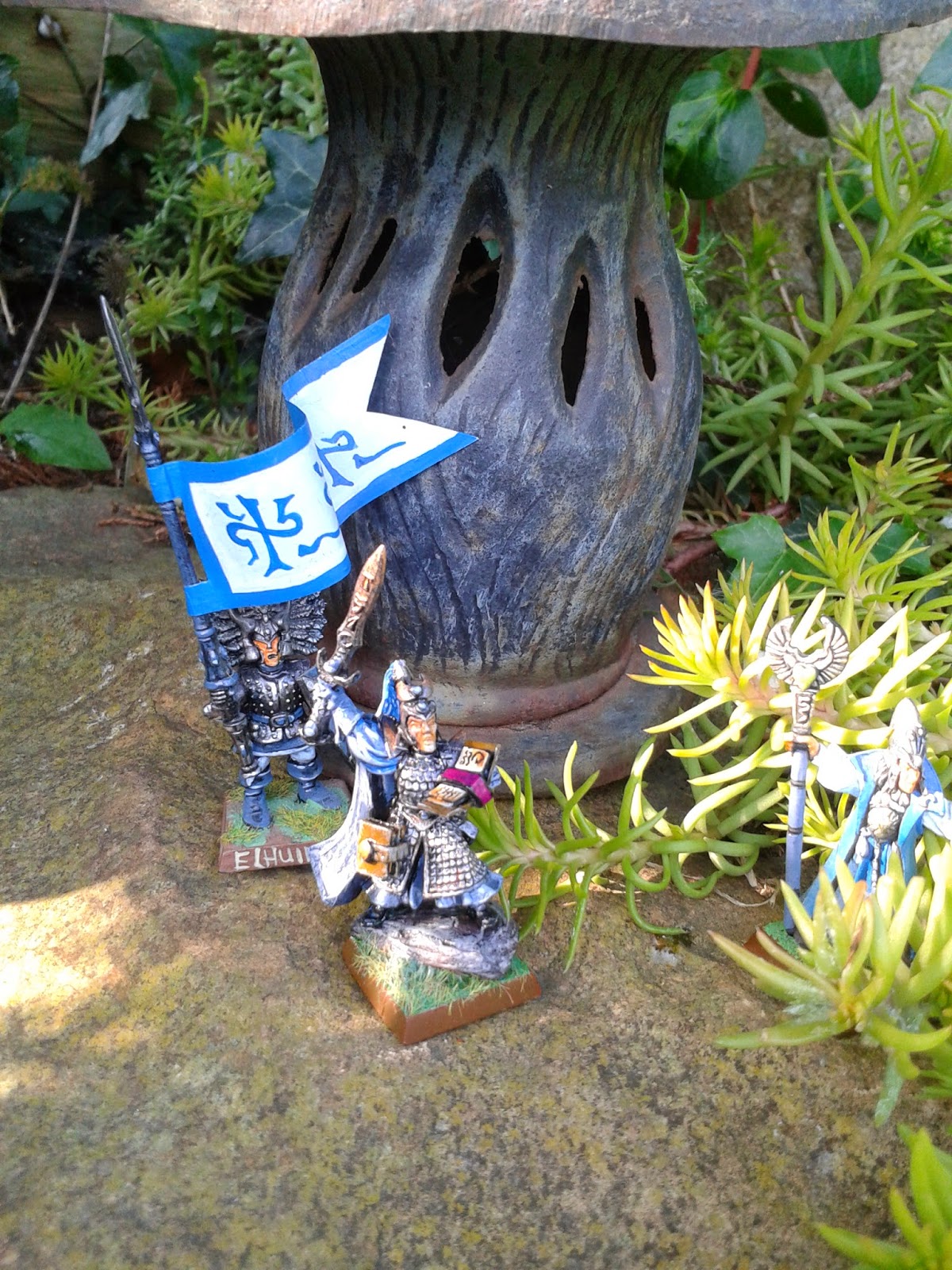 I will post details of the exact army list tomorrow, including magic items etc.
Was such a lovely day today had to take opportunity to shoot the army.
Posted by Darryl Hunt at 11:18