ClashOTF Scenery and a Couple of Characters

I have been dong some more work on my 10mm ClashOFT first army. I've added a couple of characters, one a sort of bounty hunter type, second in command and a Jedi type character, the overall general.

I still have to work out exactly how all the units pan out and how many points they are worth, but I have been having a bit of a play and will post the list when complete.

I am also quite lucky because I had made a load of Warmaster terrain some 10 years ago and since I rarely ever throw anything away, here it is...
I had to dust it off, then I added some red sand and gave them a coat of varnish. I also have walls and hedges on the way.

The village buildings were obviously meant for Orcs originally, but I think they would work as a sort of Vietnam/jungle village. 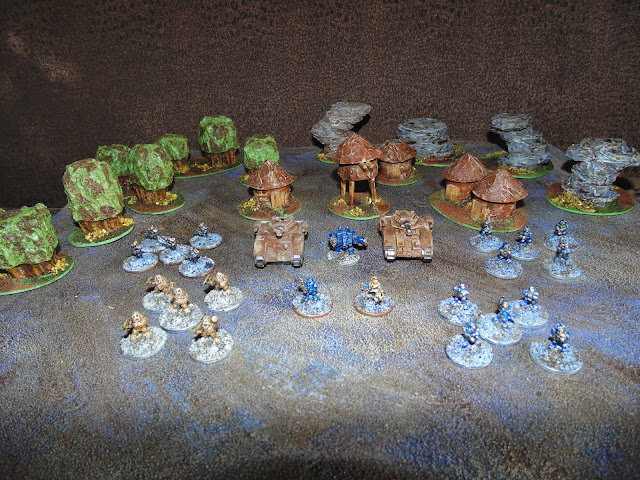 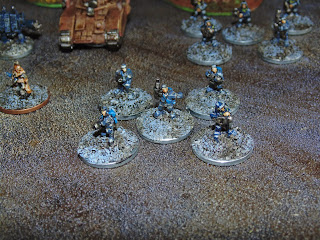 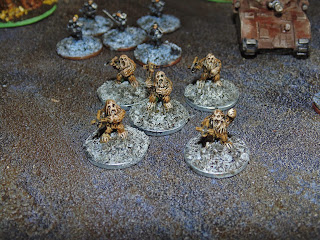 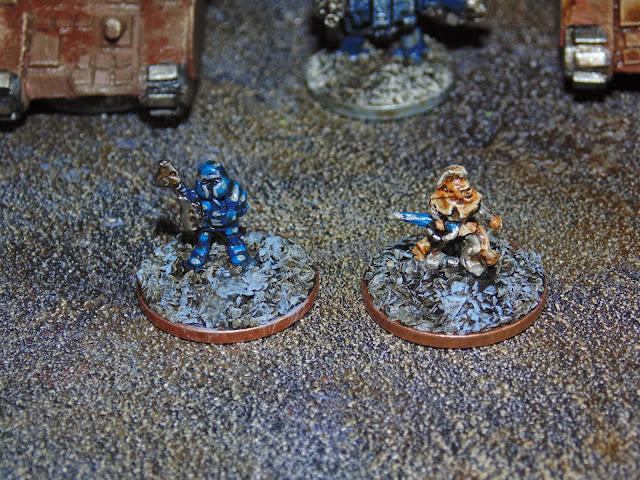 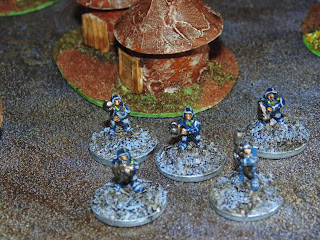 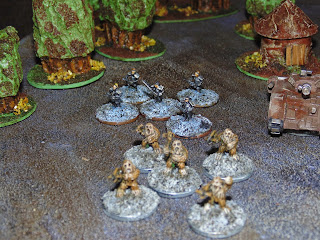 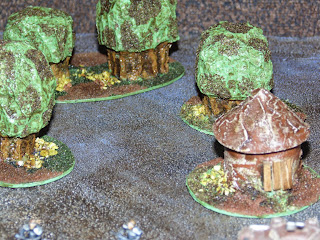 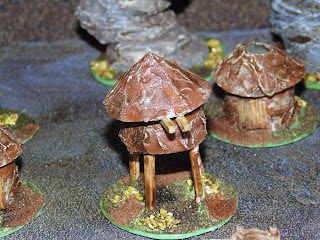 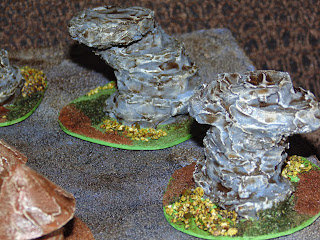 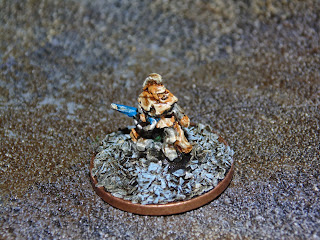 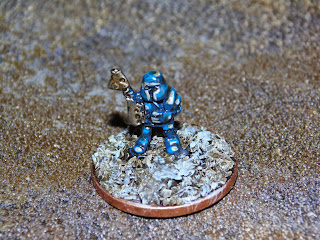 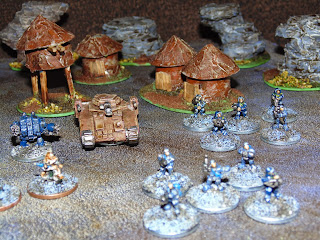 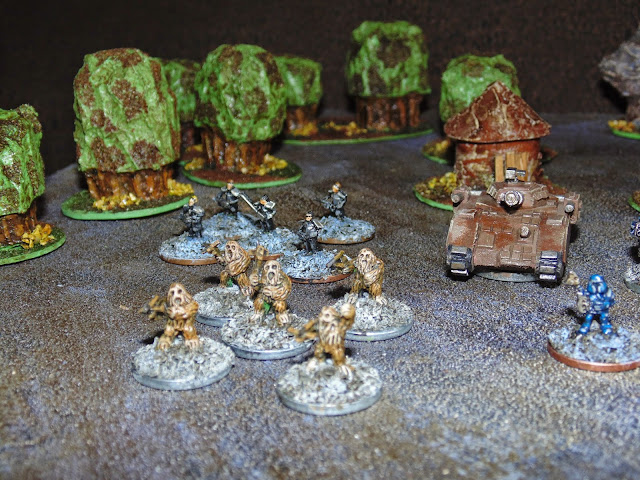 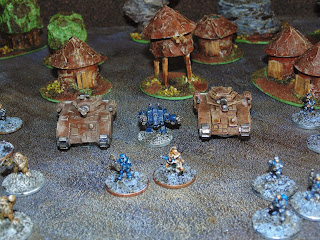 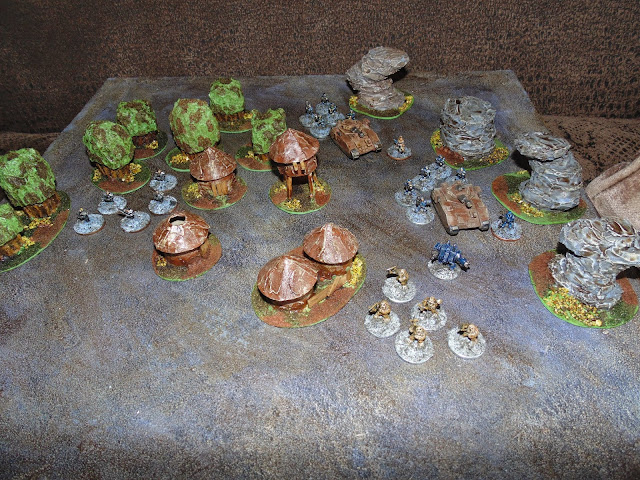 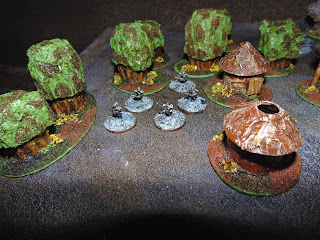 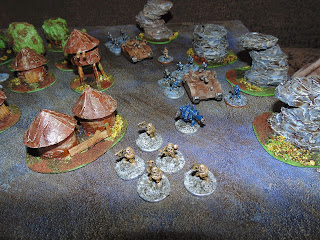 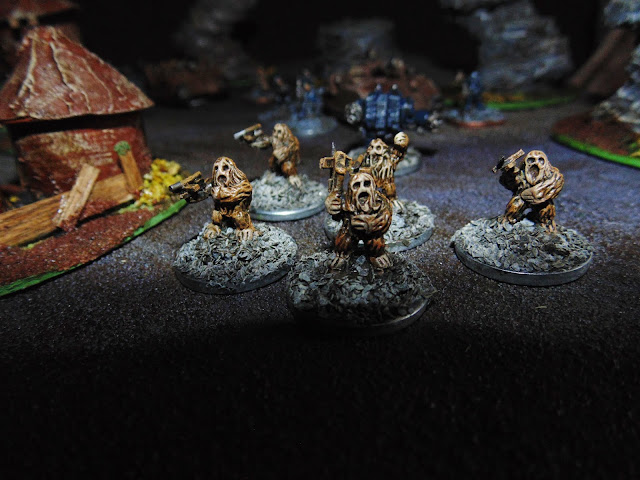 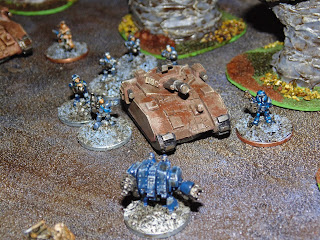 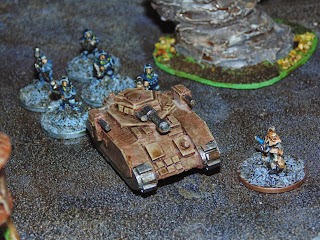 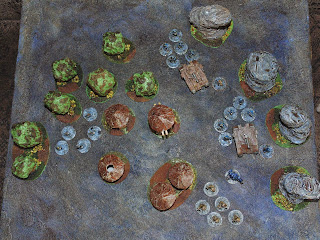 Email ThisBlogThis!Share to TwitterShare to FacebookShare to Pinterest
Labels: ClashOTF