These miniatures have taken me the longest to get together so far, mainly because work and stuff have got in the way, and also because I wanted to do little sections at a time and leave them to dry.

The original miniatures were a bit fiddly to work round too, especially in the head department. I had to remove and reposition all but one and none of them were perfect, but they will do, will get them undercoated later tonight and painted tomorrow when I get a moment or three.

I have to say they make me think of rather odd, futuristic, Meerkats, but that's just me.
And yes the containers on their back were made from old pencils! 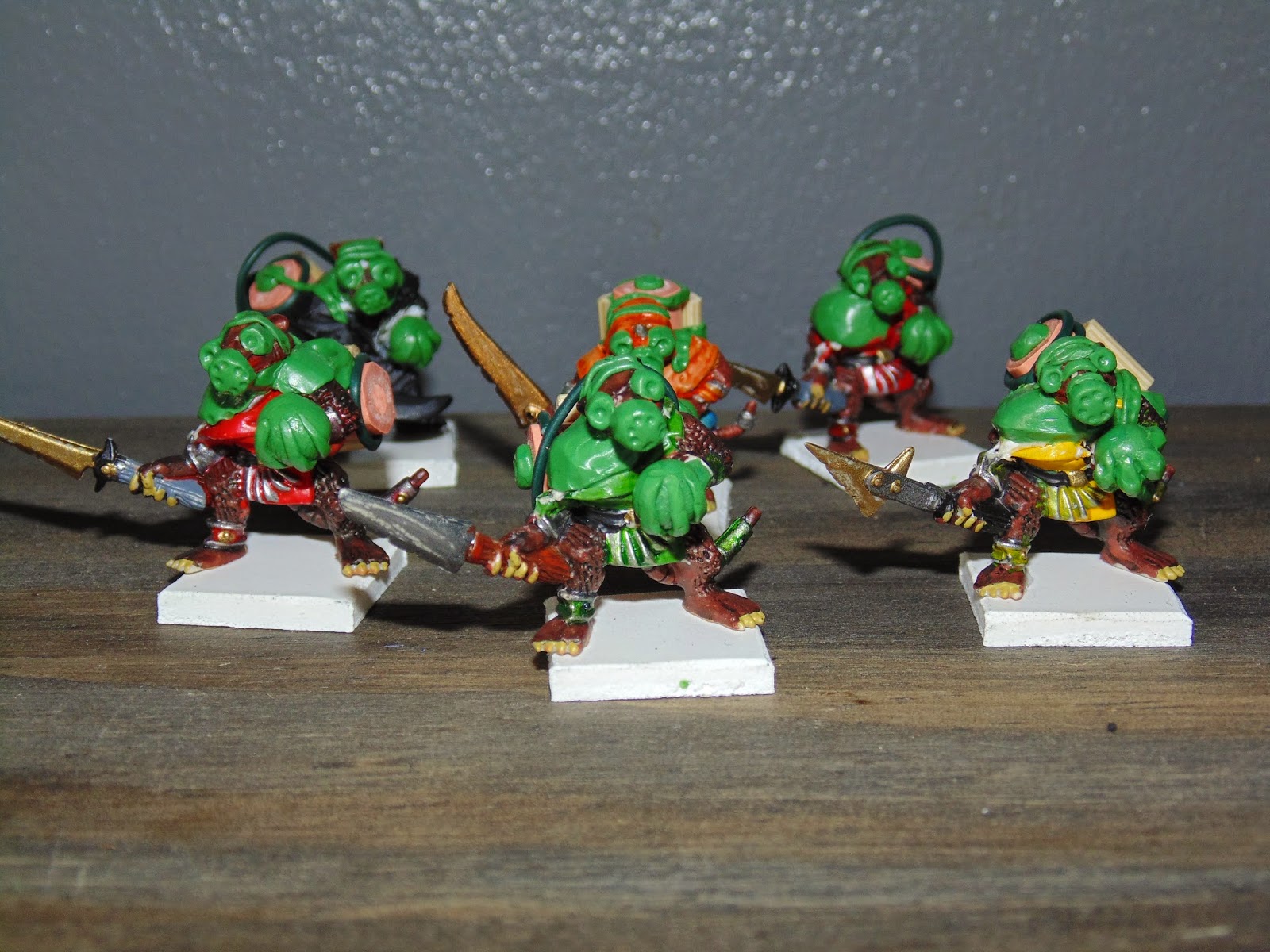 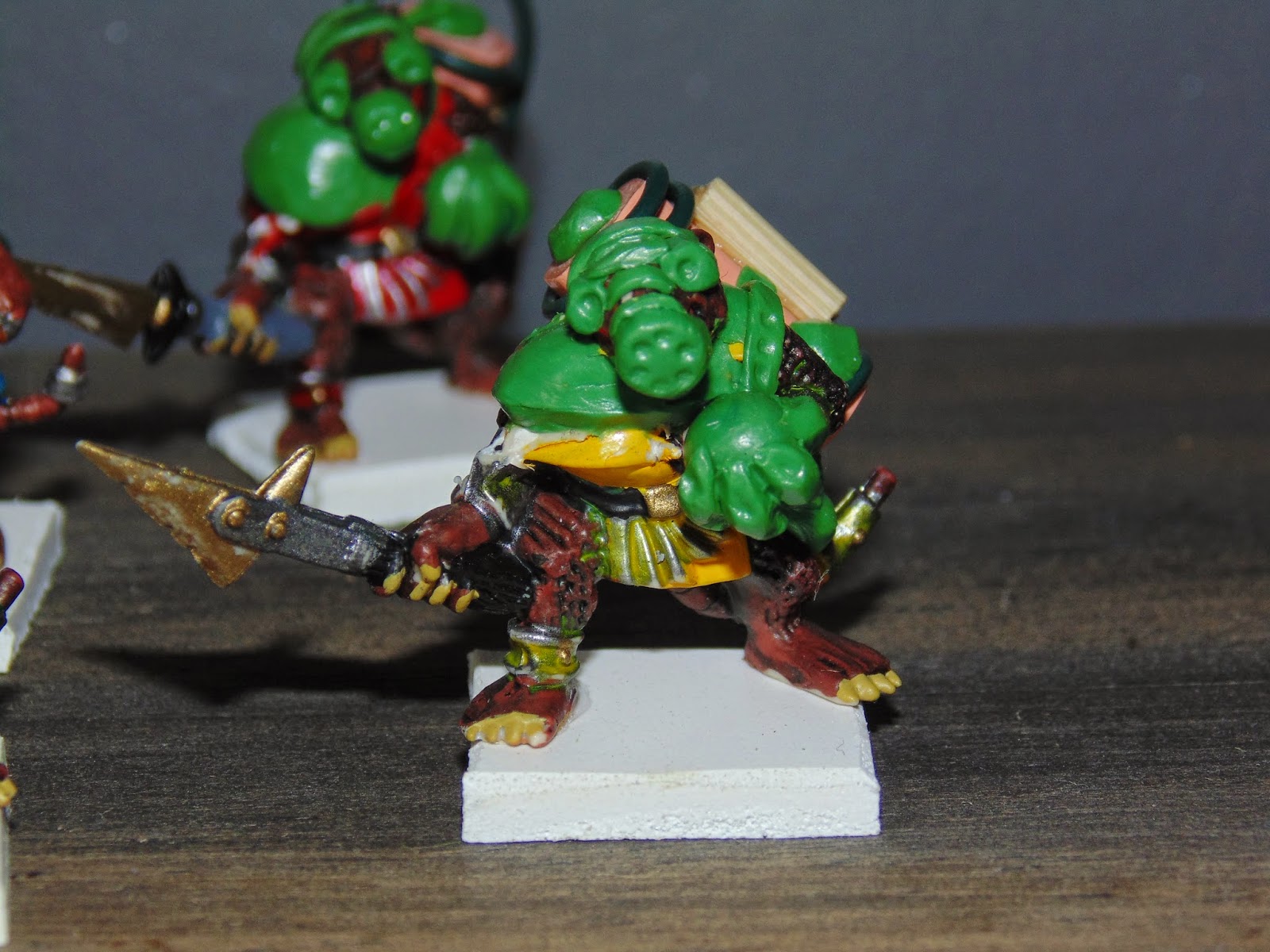 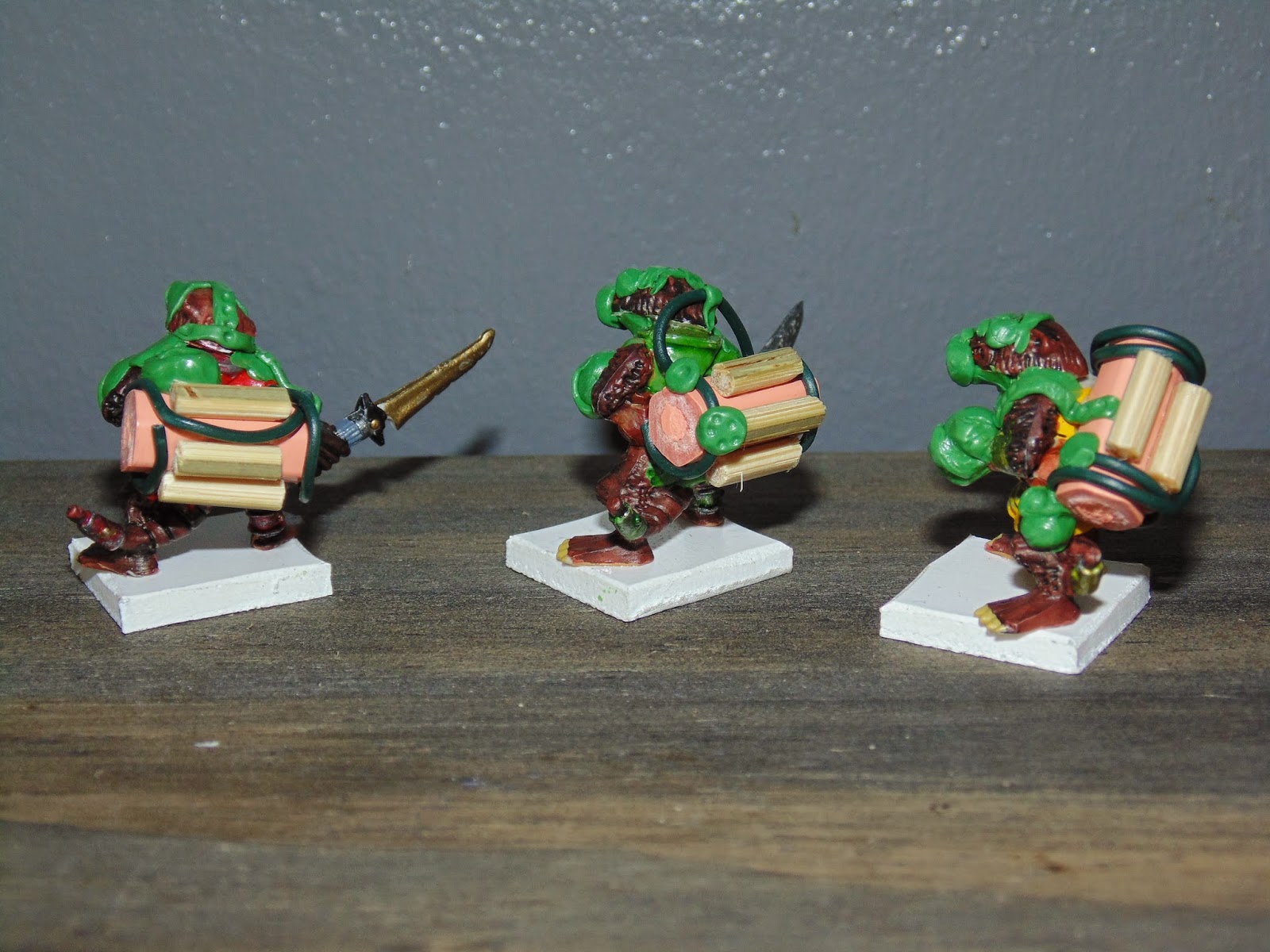 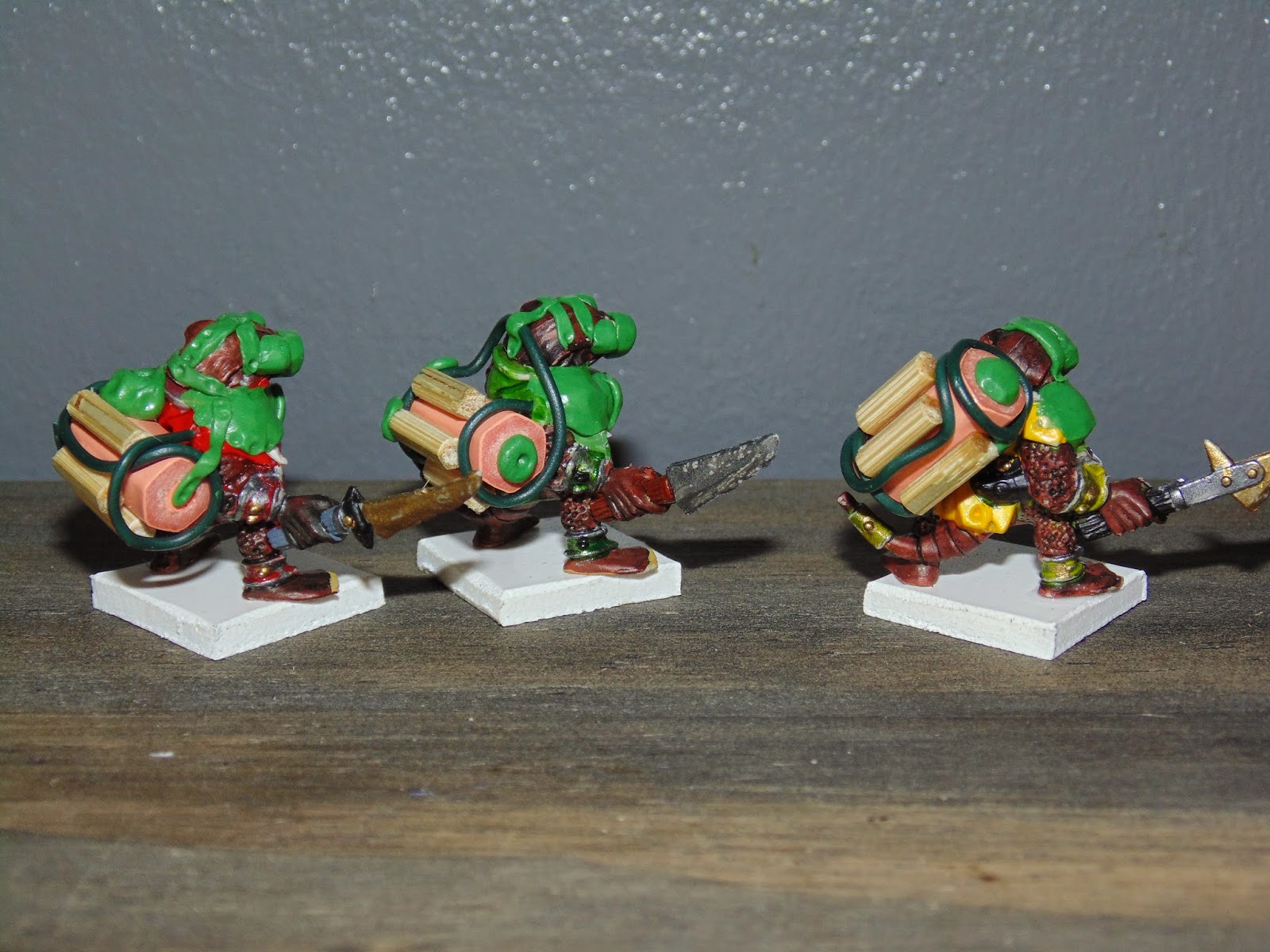