Play Testing:
I have been giving some thought to how I should proceed from here. Now that I have all the boards and probably most of the models I will be using initially at least. 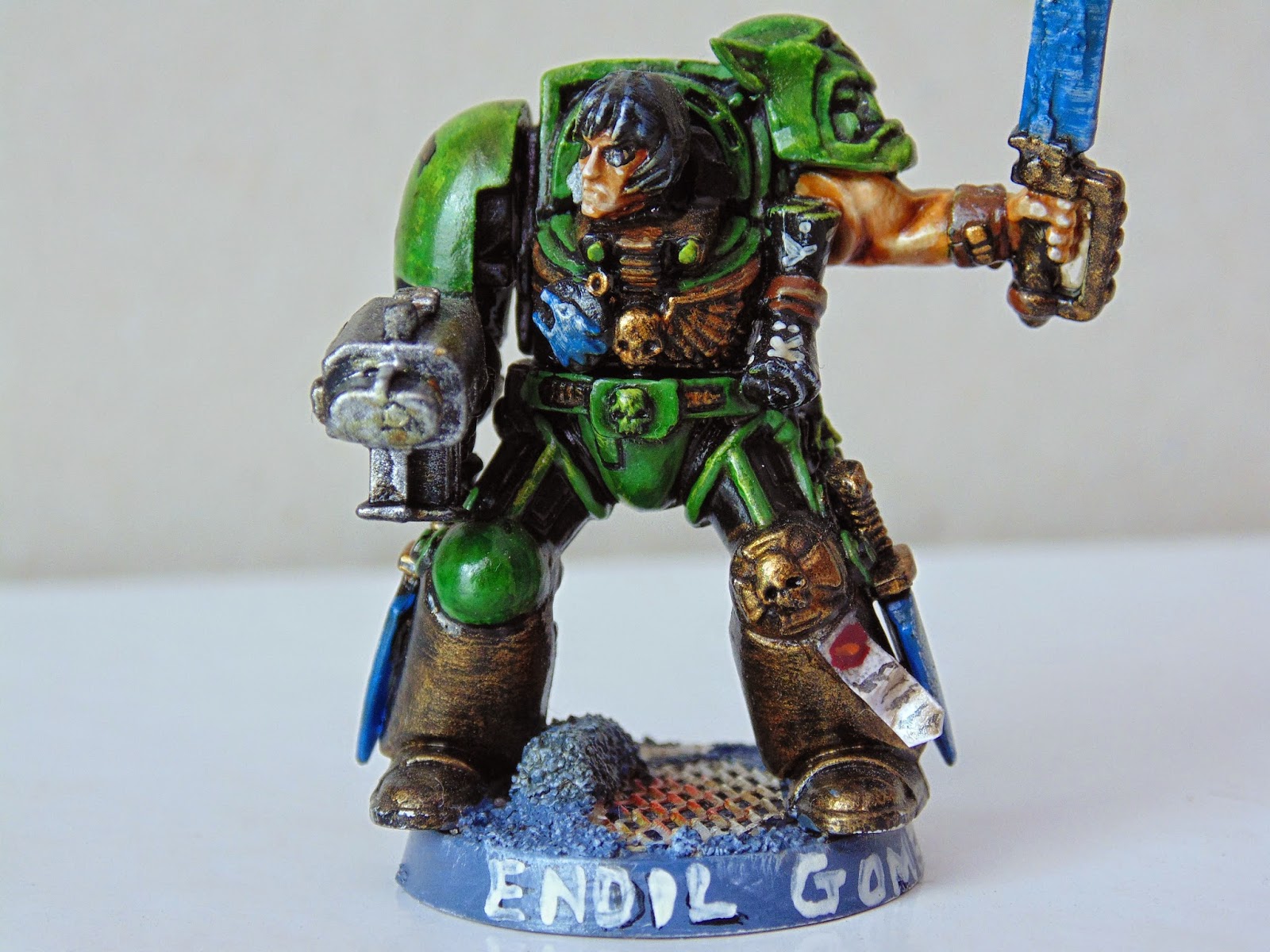 A: will use the dungeon cards from Quest as stand in's for the ones I will eventually make. 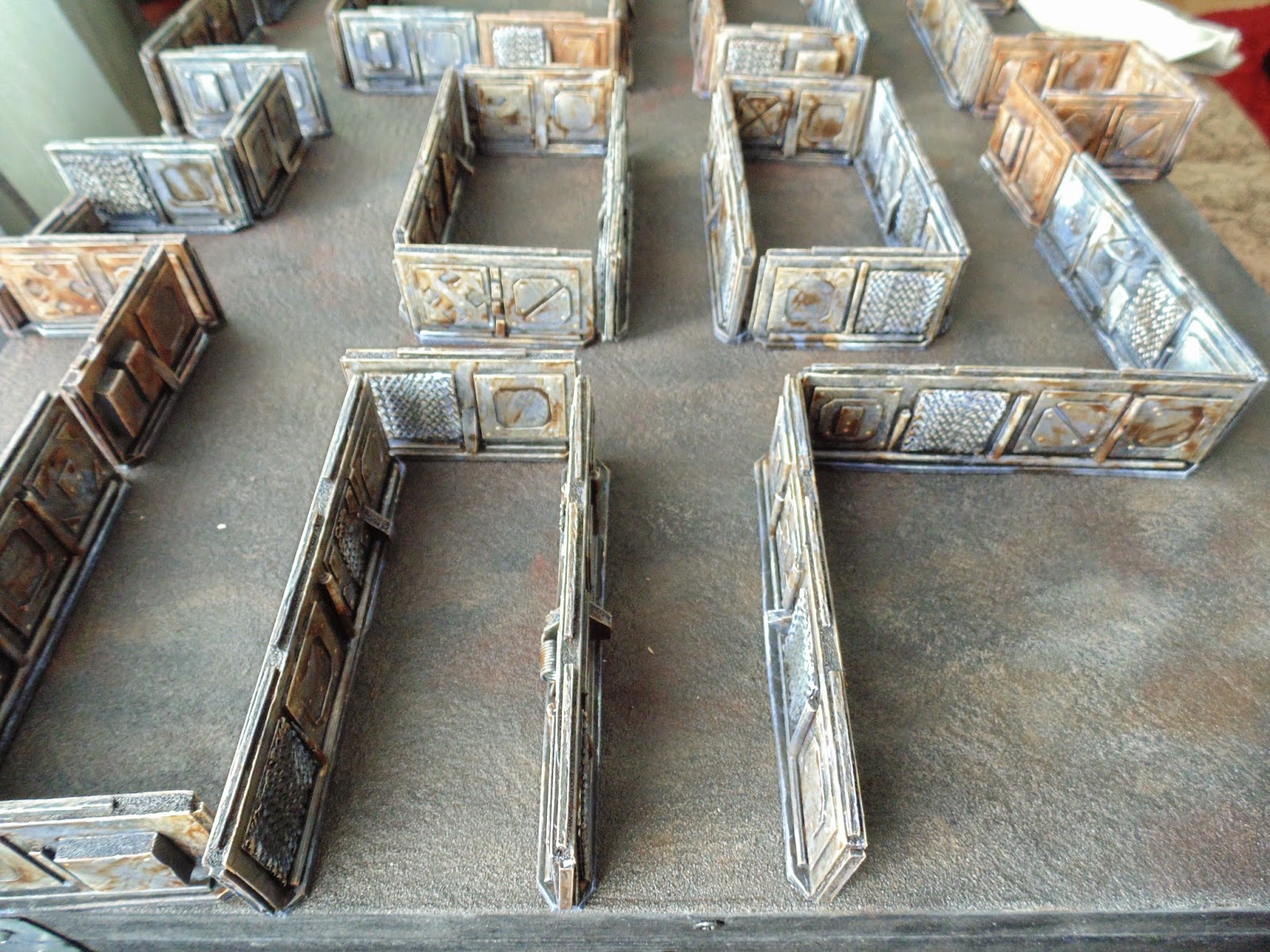 B: will also take the event deck and use that from Quest too, but add slips of paper to show which aliens are encountered.

C: will create two characters to play with at first, making them up as I see fit and erring on the cautious side, as regard stats and abilities. 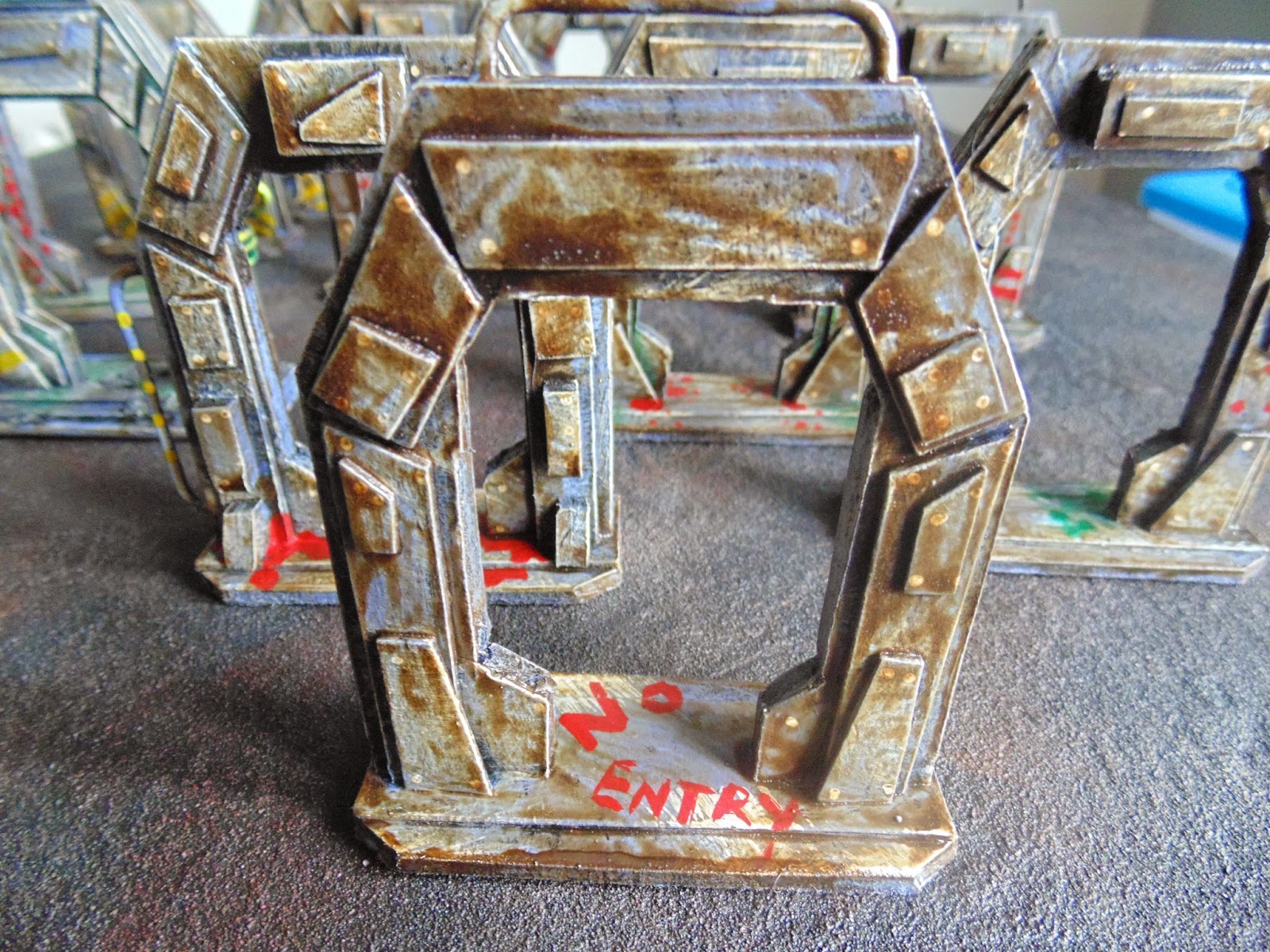 D: only use the more basic Tyranid creatures for my first adventures, Termagants, Hormagaunts, Ripper Swarms and perhaps a Genesteealer or two and a few basic traps or pit fall type situations. 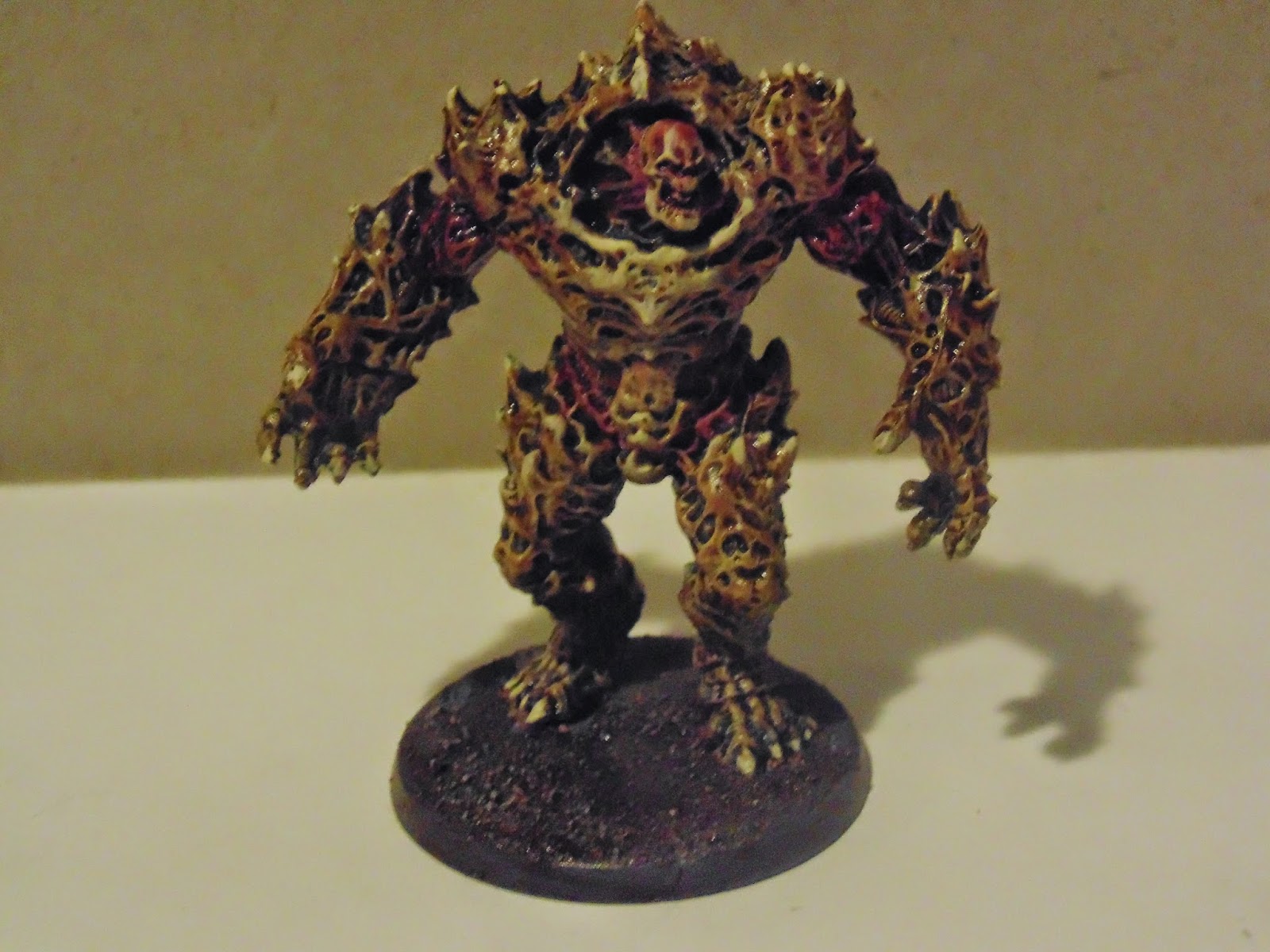 E: decide how I am going to use the dungeon deck; will I use it to set out the whole Hulk or will it be revealed like it is in quest to suggest the fog of war, it maybe that different scenarios require different procedures, which is not a problem. A simple dice roll could determine before the game begins. 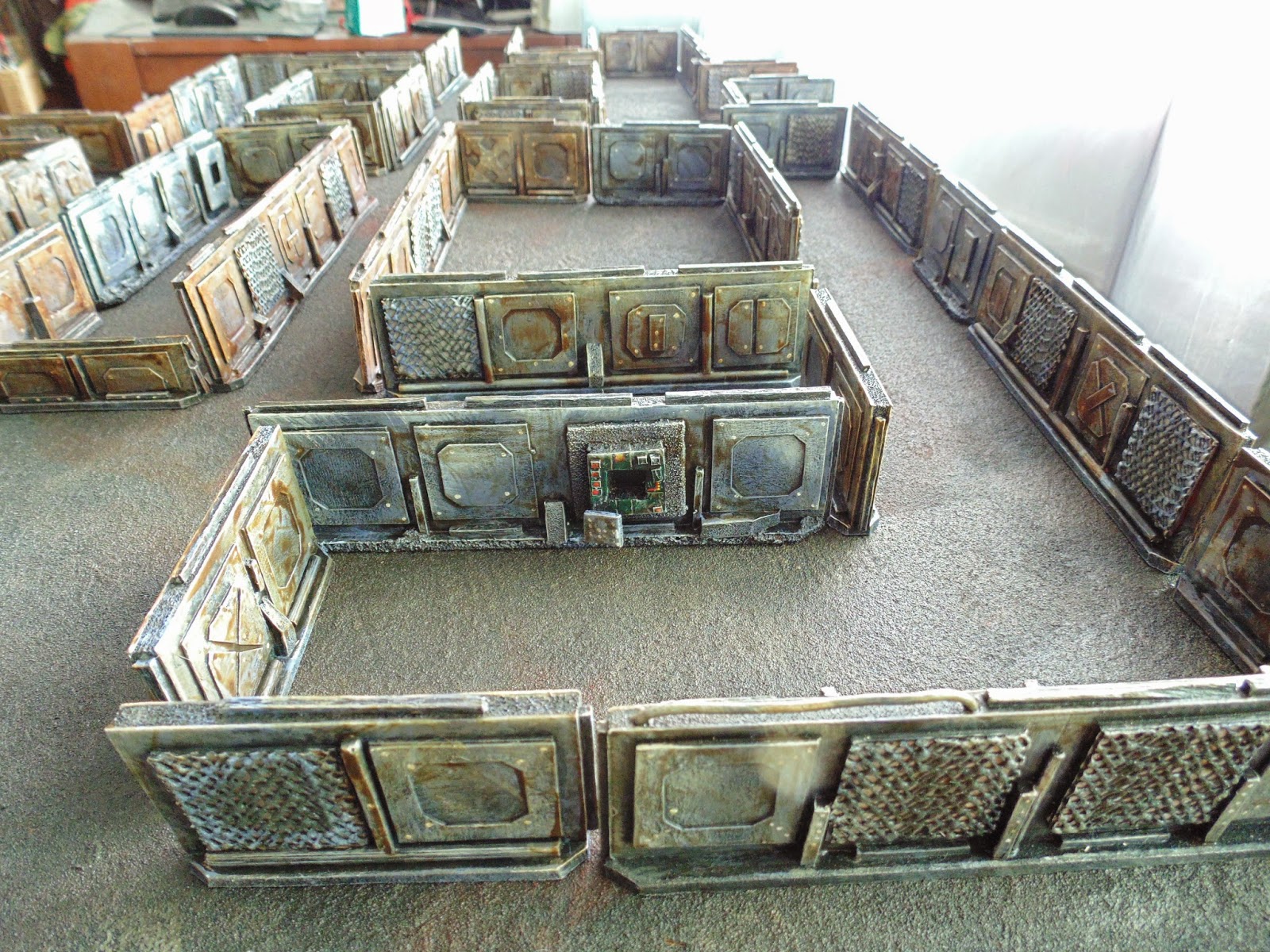 F: ranged weapons I will use just as they are in Necromunda, although it does mean I will need to make doors or door markers. Can't have a PC shooting down the entire length of a hulk.