Although I have been away, and still am, at my parents I have been doing what I can to keep my hand in, especially drawing but also, modelling with some very simple tools and materials.

Via the wonder that is Facebook, I become more and more aware of a thriving 2/3mm wargaming scene. I've always been interested in 10 and 15 mm gaming, but never in the micro stuff. Well because of my current situation I thought to myself, what can I use to make some very simple 2mm units so I can play Kings of War on my own and thereby restore my sanity. 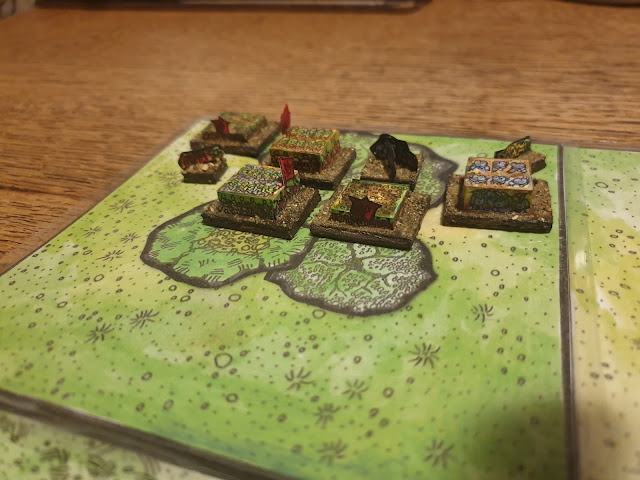 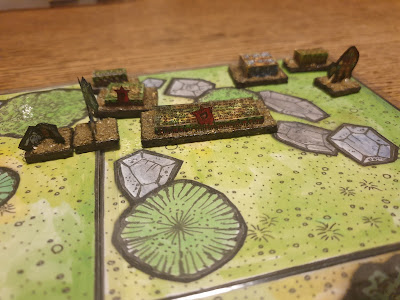 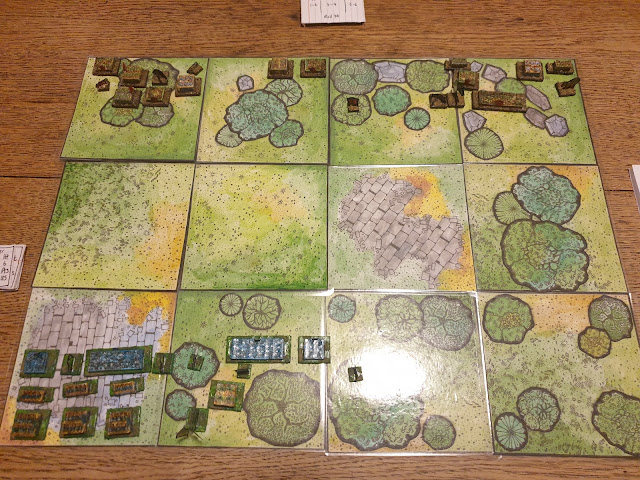 The playing area I already had as they were some boards I had drawn to play 15 mm D&D with some while back, put together they just about work as a playing area. The layout above is equivalent to an 8ft by 6ft table. 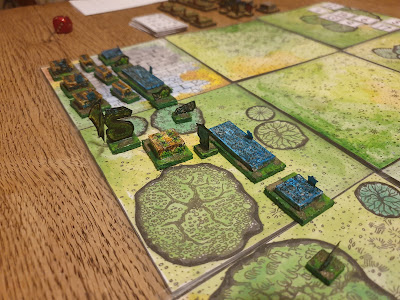 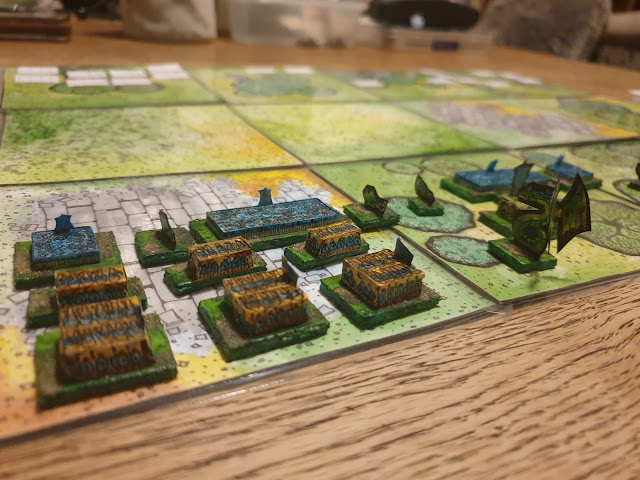 What's great about 2mm gaming is the size of the table, it can bee so darned small, an A3 sheet becomes a massive wargaming area. just what I need at the moment. 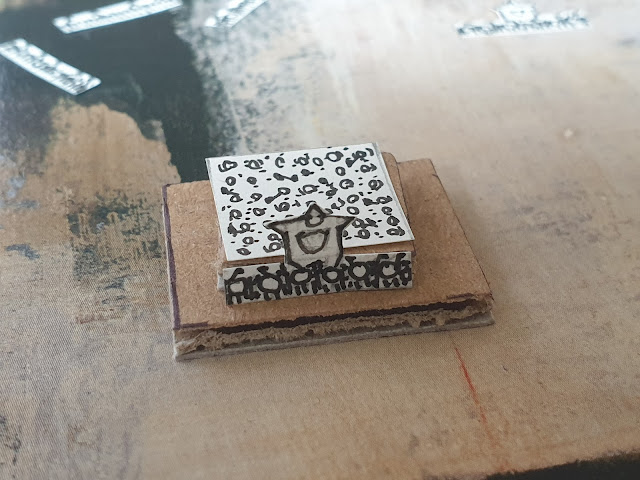 To begin with I made a prototype to see if it was worth continuing with. They seemed OK, so carried on drawing, cutting and sticking. I had to draw each unit by hand so they took a while, snatching 5 or 30 mins here and there. 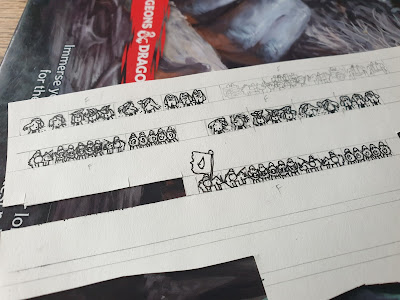 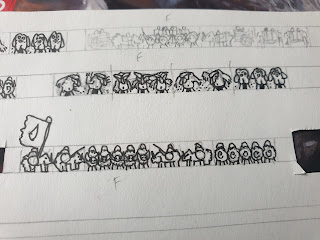 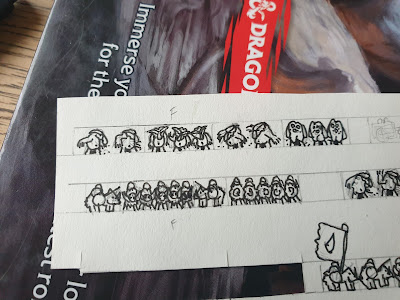 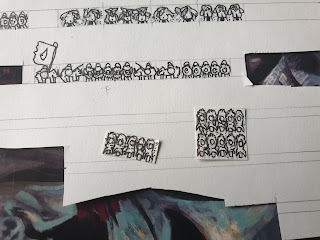 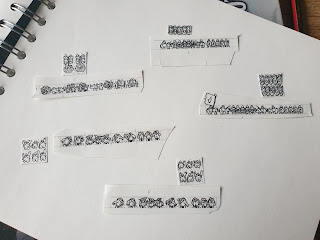 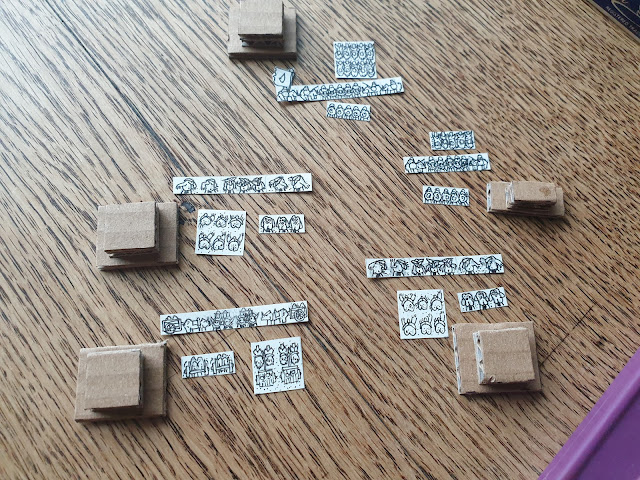 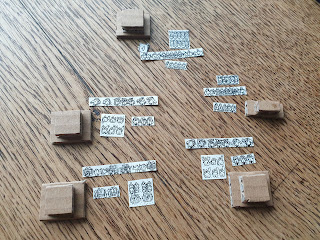 Armed with a scalpel, some cat food box card, paper from my sketch book, PVA glue and some really old remnants of Polyfilla rescued from my dad's garage I set about creating first an Orc army and then later a High elf army. 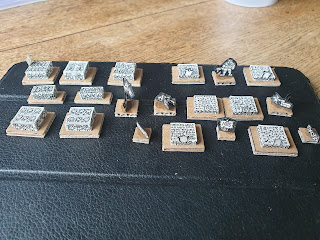 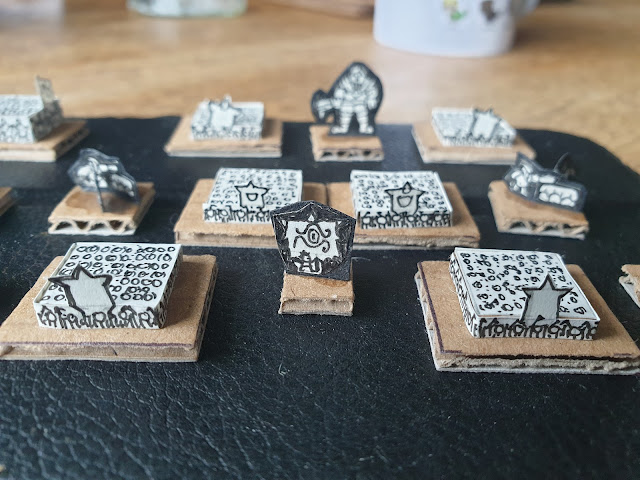 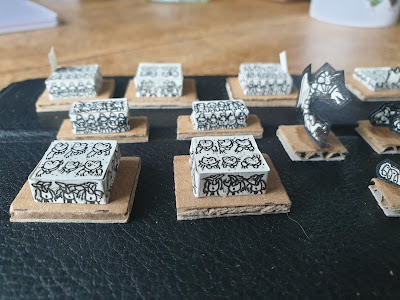 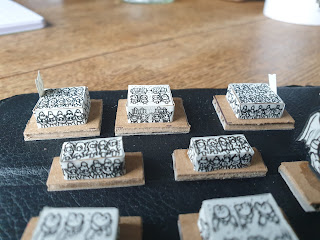 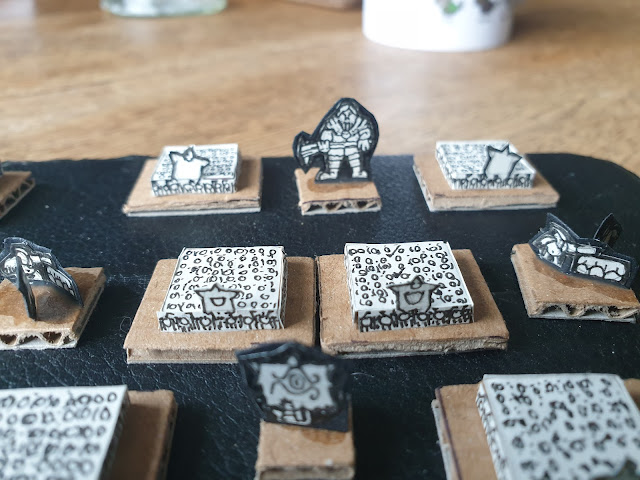 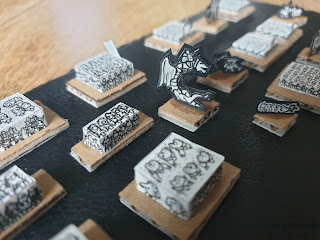 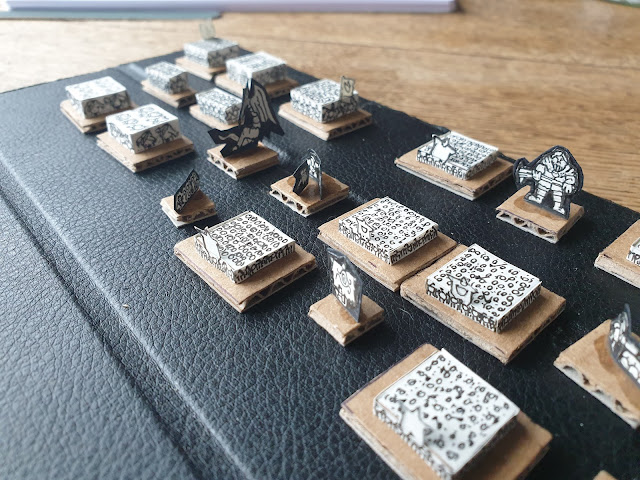 Then I had to get on with painting the ton of little card blocks I had made. Obviously I had not drawn individual orcs so the painting had to be a bit impressionistic, just to give the rough feel, so loads of green, blue for the trolls and red for the standards, very simply done just so they look something close to orc..like. I used tubes of acrylics bought very cheaply and made washes with them, then just plastered the drawings all over 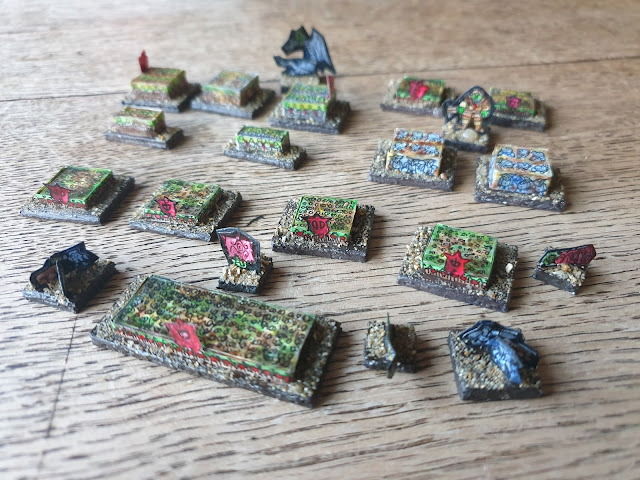 The whole Orc force, about 3200 pts in total.
Sand on the bases was pinched from a country path I walk my dogs on.
Finally I gave the whole lot a black wash and a coat of clear glue to give the standards some strength. 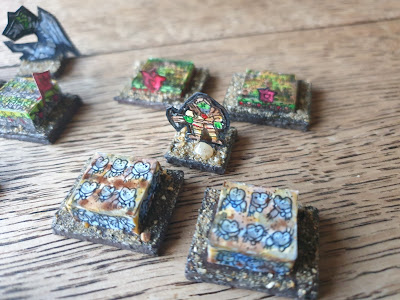 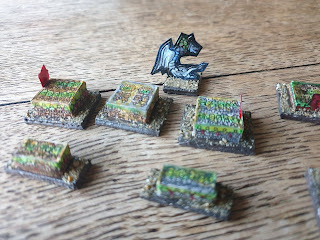 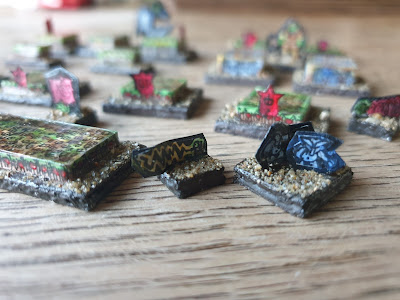 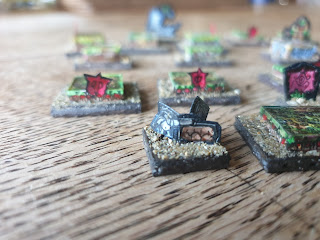 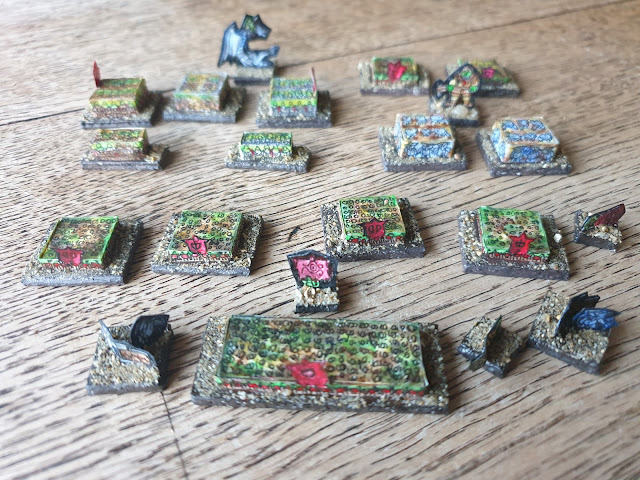 Horde of Ax below. 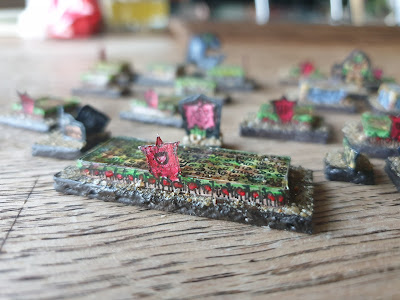 What is great is that the whole army fits into a take away tub, in fact both armies do. 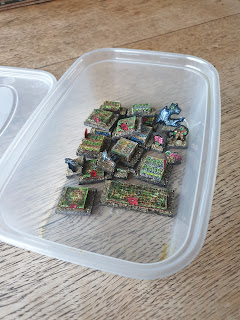 Have played 3 games so far, each 750 pt armies and they have gone well. Will post the Elves next and then some games.
Already planning a Dwarf force :-)

Hi to all of you who have been kind enough to follow my blog for the past umpteen years.

As you will have noticed over the course of the last year and in particular last two months my posting has dropped right off. This is due to a number of personal factors which I won't bore you with, however I thought it only right to let everyone know that while I may come back to posting in the future, for the foreseeable future I can't commit to keeping the blog going.

I'm going to care for my parents who live some way away and will not have the time to create or blog.

I left Geek Gaming on Friday, yesterday, will miss all my friends and co-workers very much.

My friends in Yorkshire will be sorely missed.

But this is something I have to have a go at for my Ma and Pa. Luckily Mrs Daxio will be helping me... all the way to the end of the line.

Once again thank you for following all the years of sillyness and when I can get back here to Daxio's Uneventful Day I will.