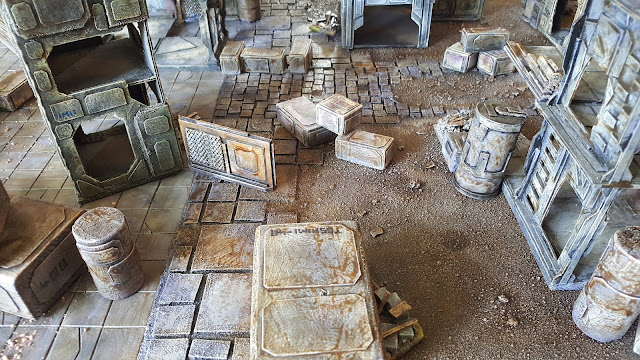 This is one possibility of my version of a Kill Team board, it's made from 2 parts.
The larger part is the 2ft square board I finished recently added to which is a board I sometimes use for D&D which is 2ft by 1ft. 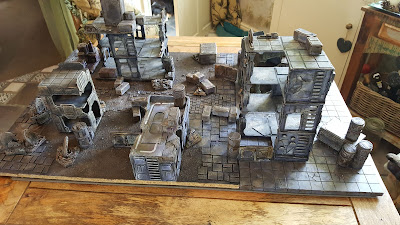 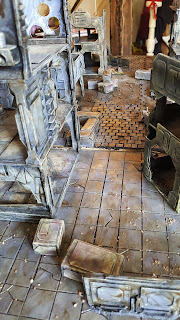 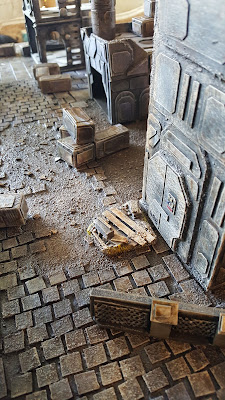 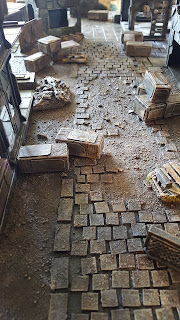 Many of these small pieces of terrain I have used before for several other games but I was really trying to make loads of new pieces. 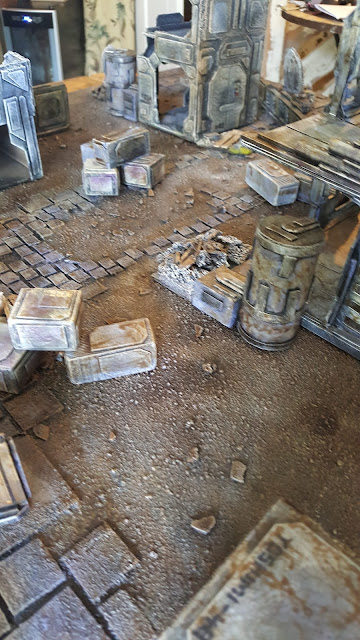 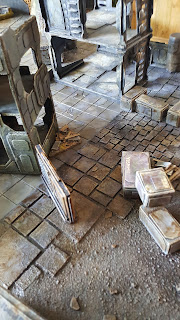 However I have tried to use terrain pieces I haven't used in a more modern setting. I can see a lot of the frostgrave archs and wall sections being used to give a bit more of a gothic theme and also perhaps some buildings I made for Mordheim a while back. 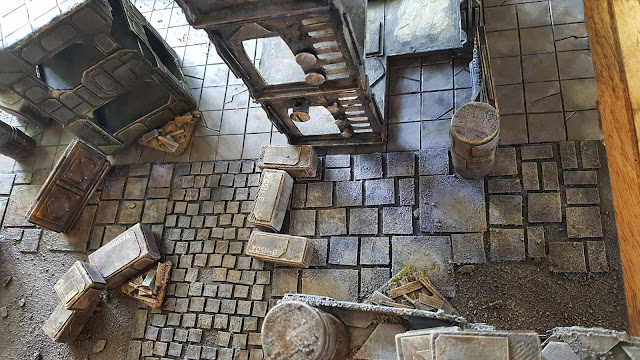 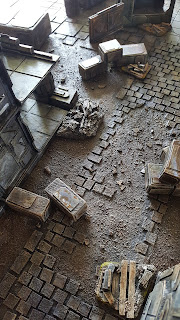 I quite like the 2 differing boards coming together, think it works OK. Actually reminds me a bit of the board you get in the Kill Team boxed set....vaguely. 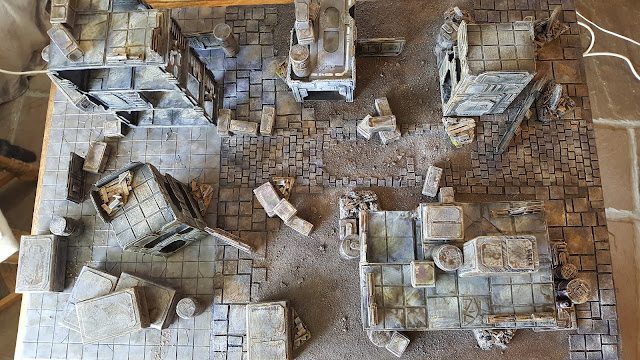 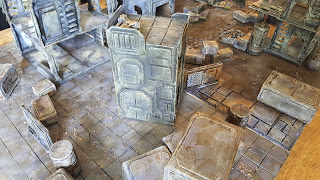 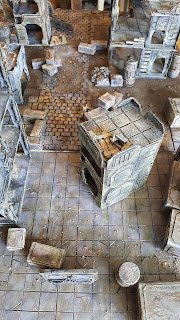 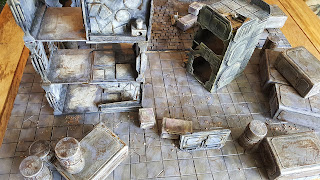 One area I think could stand some development is the rubble sections, I need more of them and in differing sizes. I could also made some of the smaller containers together in groups to make setting them out and gameplay a bit easier. 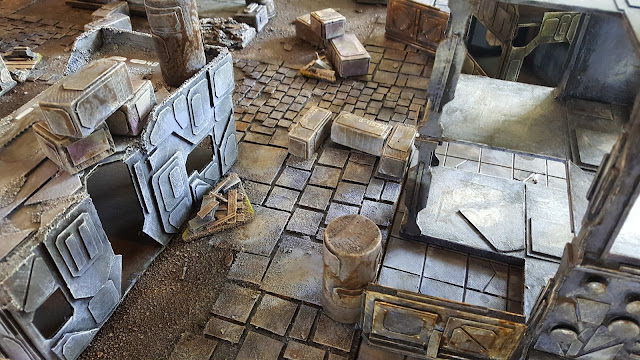 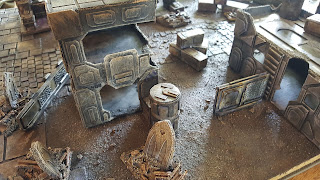 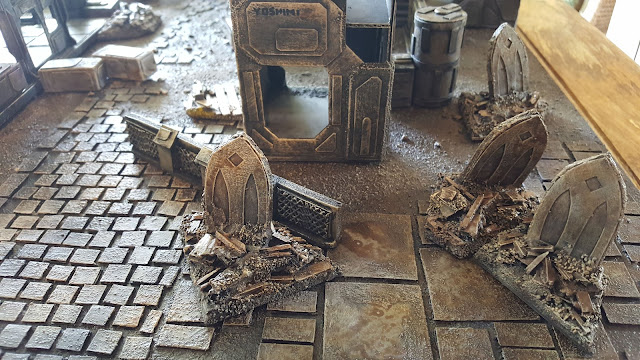 Probably the only nod to the gothic nature of Kill Team on the board are these"things", not really sure what they are. Graves? fallen arches or windows, perhaps. I know how I made them, they were the centres of doors cut from another build I did a long time ago which I could not toss in the recycling, they looked too interesting. 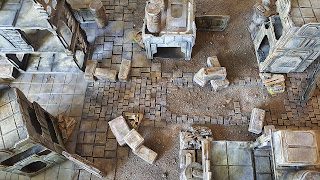 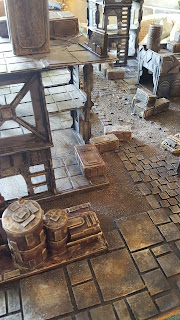 All the buildings are from my Necromunda collection which are appropriate enough if a littleindustrial. 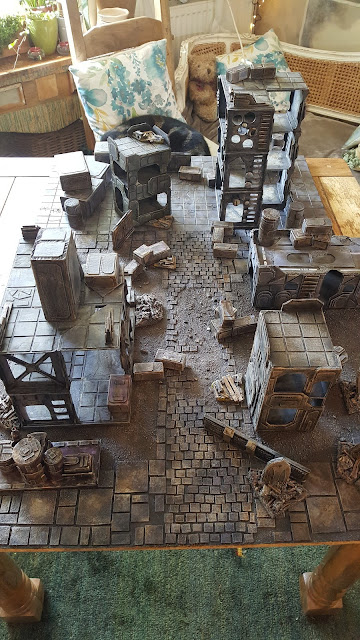 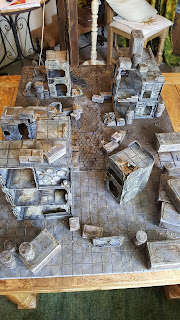 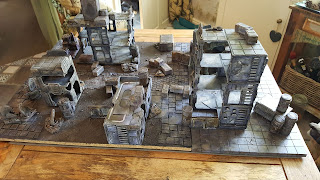 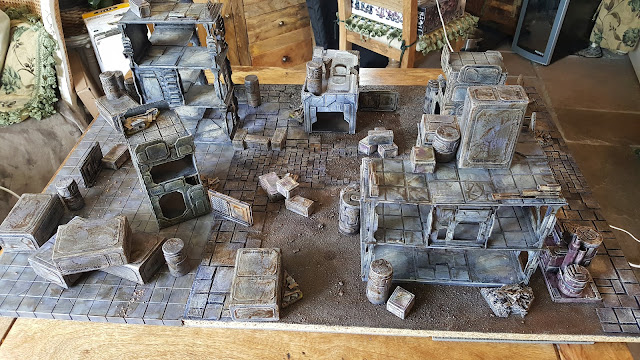 Finally I need to complete the edge of the larger board as seeing the chip board is doing my head in.