This is an odd post, the reason why I'm doing it is because I have been spending so much more time playing D&D, in fact it is the only game I'm playing just at the moment. Either playing as a character, presently Ortis a Gnome fighter with verbal diarrhoea or as the DM in my own campaign. 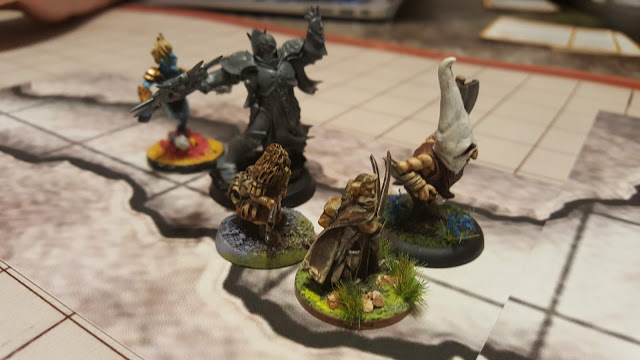 For the last couple of years I have got back into playing D&D mainly through the WWarriors GC and in particular Lee Fellows, brother of Luke of the APS fame. I used to play when I was in my 20's but had a long time absent from the fun of role playing. 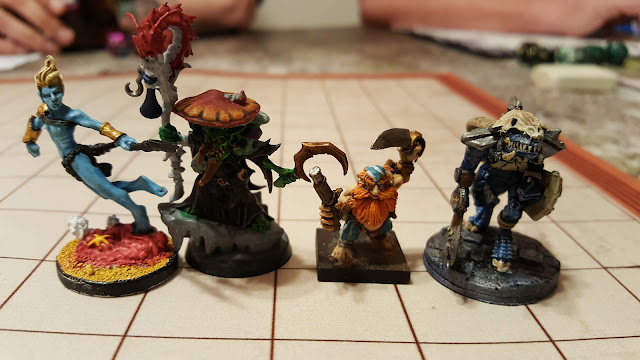 Above we have from left to right, Sub-aru, Gitstick, Plinker, Sangwala and Woof should have been here too. Presently only Sub-aru has managed to live throughout all our adventures, well done Steve :-)

In particular we have been playing a long campaign trying to claim a hidden island in the middle of a series of islands that is supposed to have wonderful treasures within. 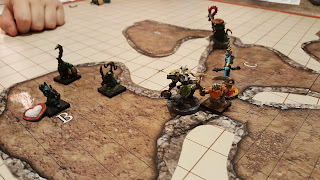 However for me the tole of death has been quite difficult. It started with Manny the Wood Elf Monk, although fragile played very well, however he came to a very sticky end, having his throat slit by an angry Ogre 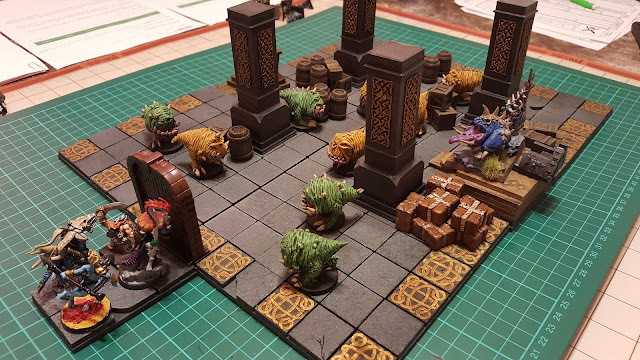 I then took on the mantle of Sangwala the Druidic Paladin, a character I thoroughly enjoyed playing but by dint of being mentally challenged, always rushed into situations a more thoughtful character may have considered dangerous, so when he was eaten by Zombies a couple of weeks ago defending his friends it was not a surprise to me. 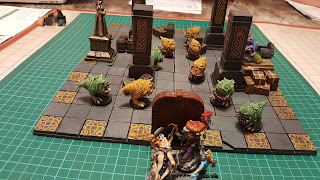 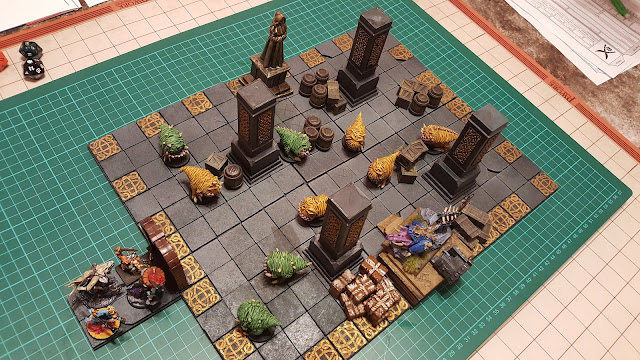 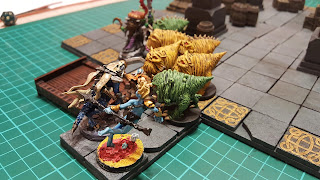 Massive combat that saw Gitstick, the ranger Goblin, lightninged to death, a much loved character. 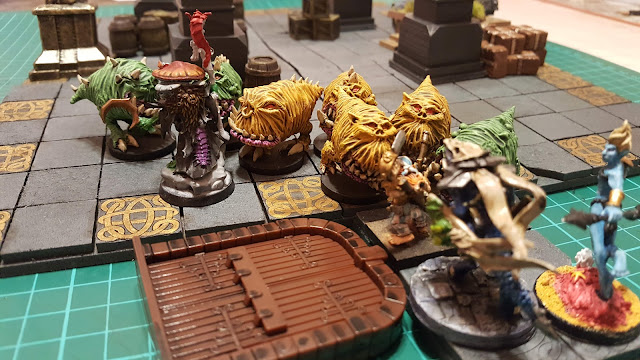 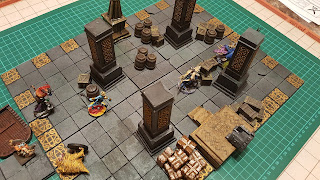 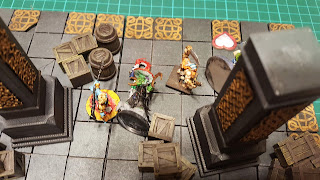 A few shots from an earlier game where Manny spent his time passing out and being dragged from combat. 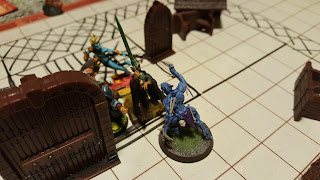 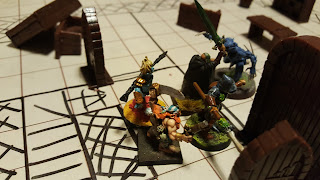 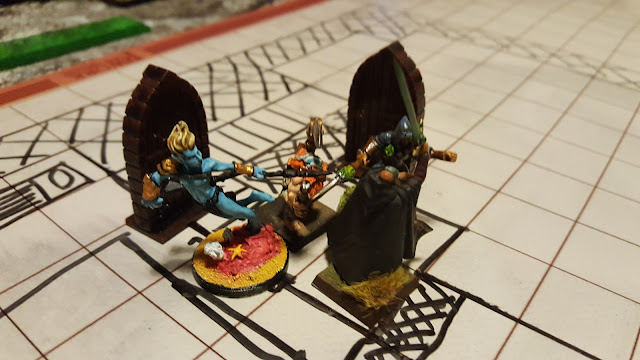 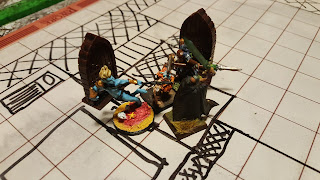 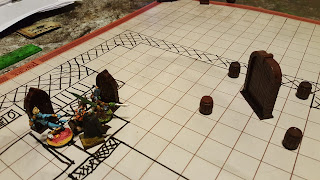 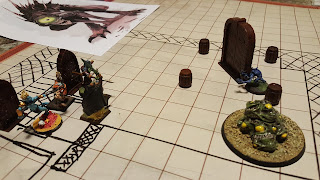 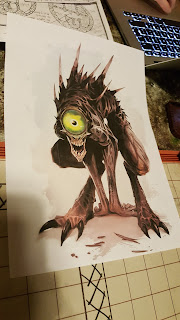 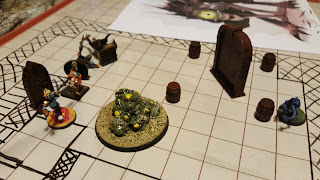 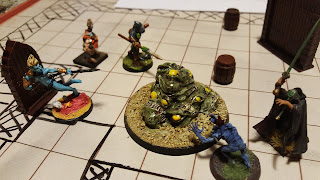 So a lot of time I would have spend making terrain and painting whole armies has been diverted into creating maps and plans for my own games, or creating characters for Lee's campaign. It does mean I have less to post here but I have to say that I am really enjoying getting back into it.