This is the second regiment of Drakon riders, to complete the horde. I used them in last weeks game against Steve, they were still white and had no GS at that stage. They didn't take as long as I expected really, often its the idea of getting on with the project rather than the project itself that seems almost impossible to overcome. 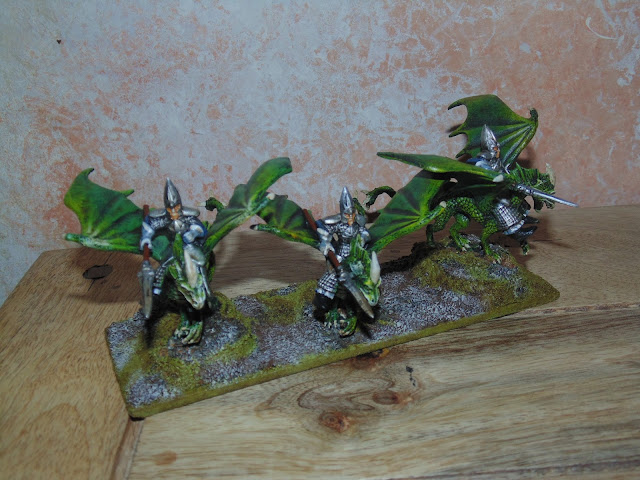 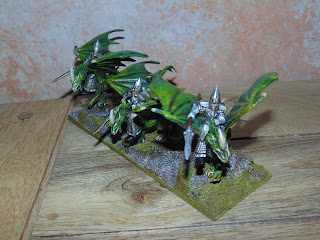 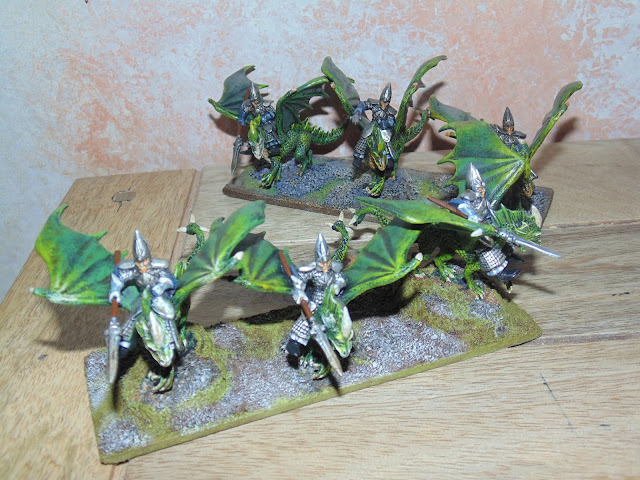 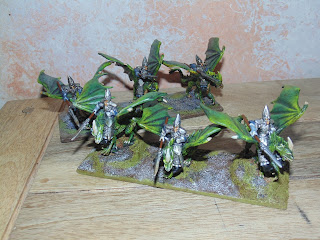 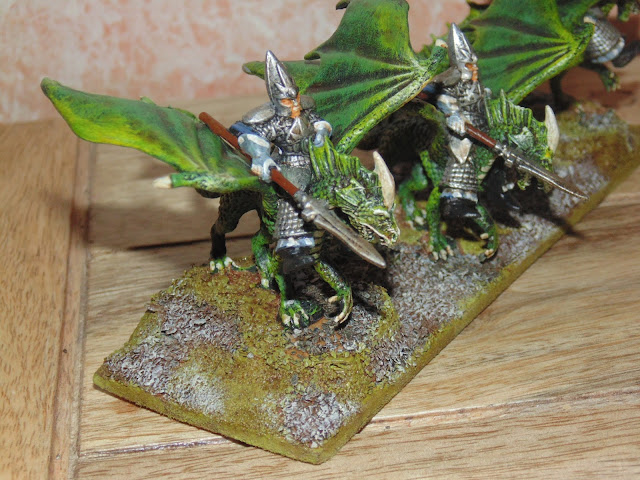 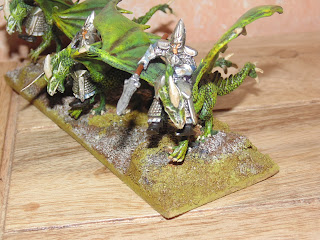 They are painted as closely as I could to the original three and I had to make sure that they fit together with the first 3 so they could be deployed as a horde, as I did last week.

I will be using them again this coming week, I still need to work out how to use them effectively. I do find using flyers hard. 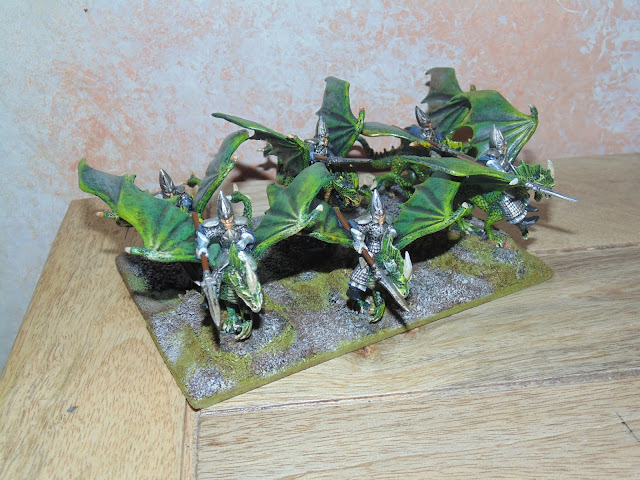 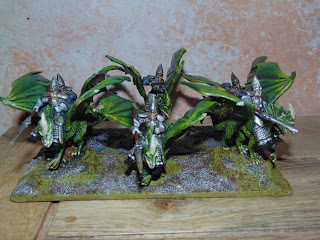 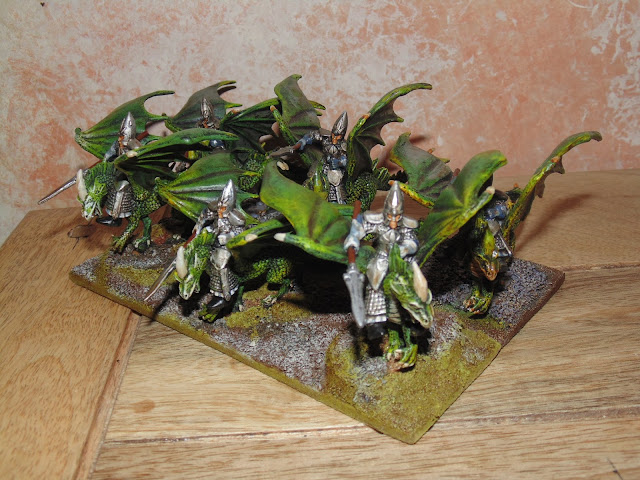 I have some more of the young fire dragons, will be creating another horde sometime in the future.
Posted by Darryl Hunt at 04:17