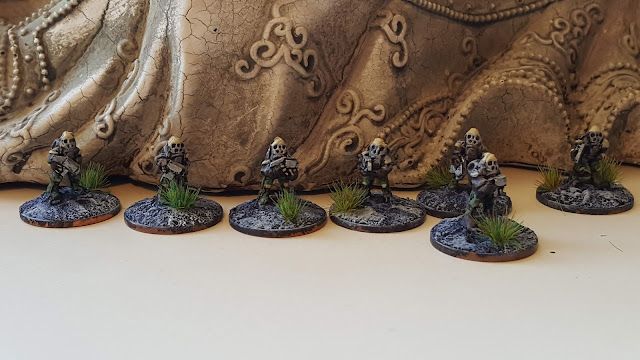 These are the first set of the new molded figures I sculpted some while ago. Finally got round to painting them and sticking some of our tufts on the bases, although on 10 mm figures these small tufts do look huge. They're the from the new range that will be released shortly. 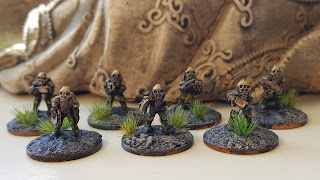 I recon these could be used as just about anything from Cultists to Mercs, Renegades or a Local Gang. 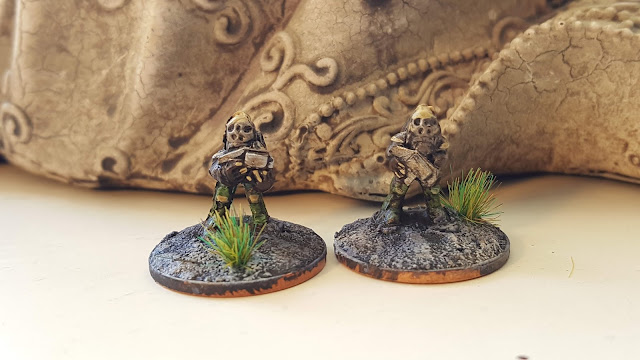 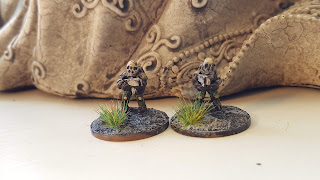 I have another group of 7 with a slightly different look whom I will paint in a different style, but they are essentially the same, different guns.
Thought if I was making some I may as well make a fair number so I had lots of options. 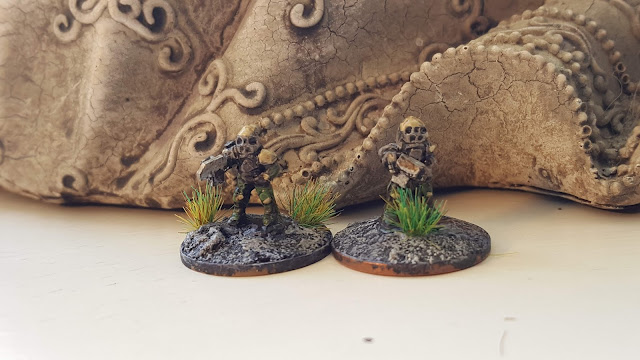 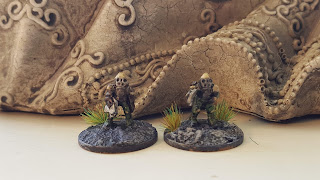 They are a bit larger than my original sculpts for characters and Unity forces, but not too much. 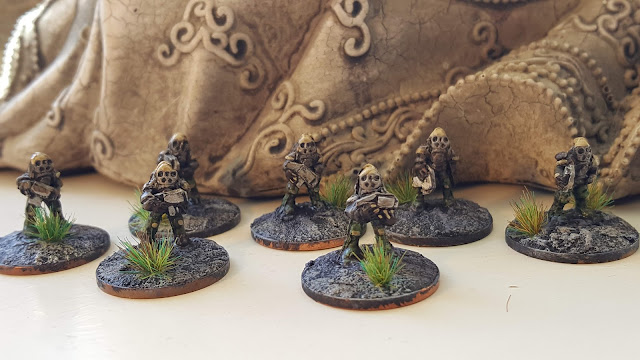 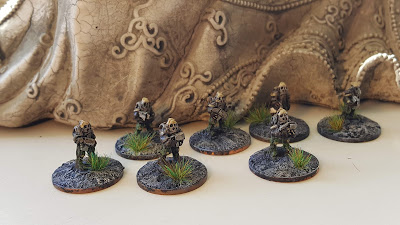 Presently I am in the midst of reworking my characters for the Odi Santi Crew, when done I will post. 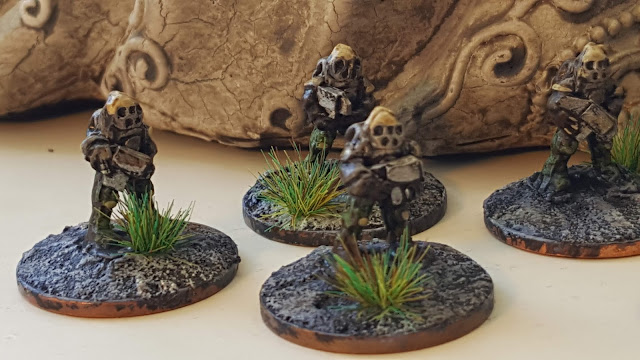 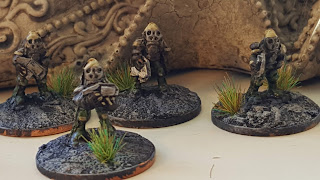 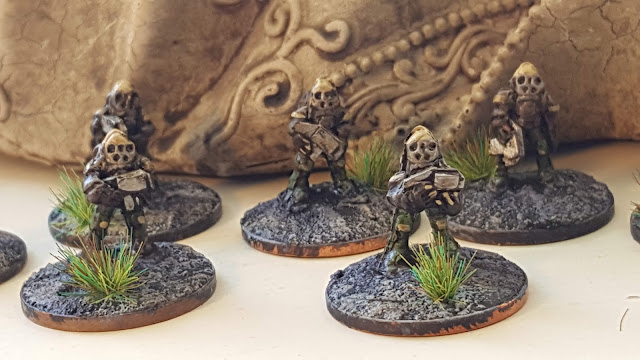 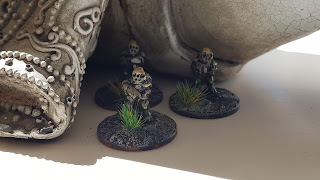 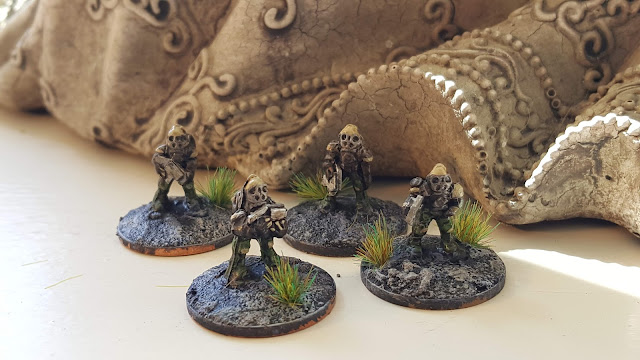 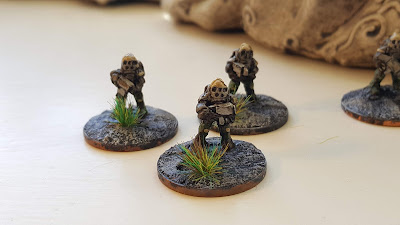