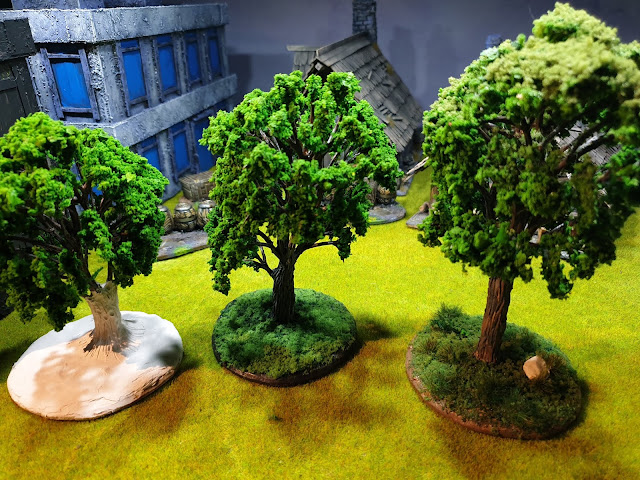 This is a quick look at how I made some pretty basic, cheap trees appear a little better. 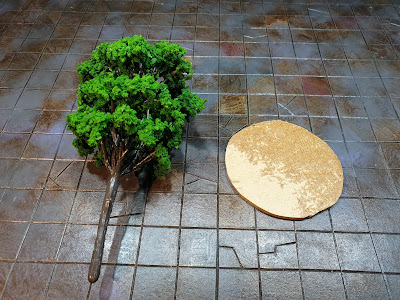 The basic tree and a cut base made from hardboard. 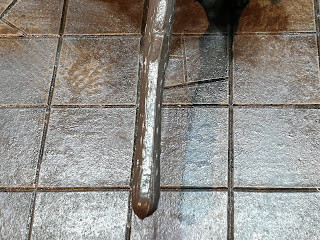 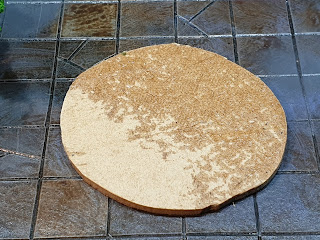 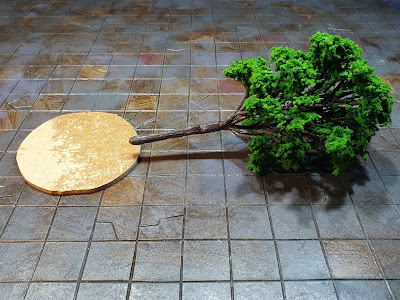 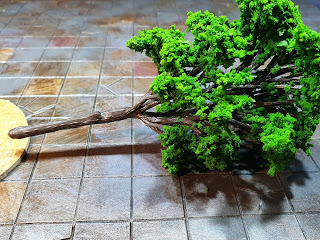 First thing I did was to cut the trunk to give a flat bottom, so it would glue to the base easier. 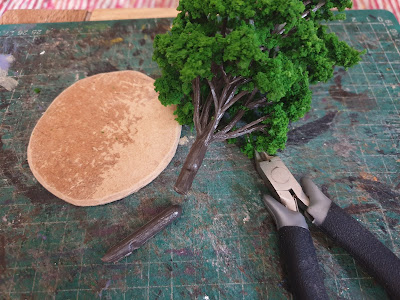 Also I sanded the edge of the base as well. 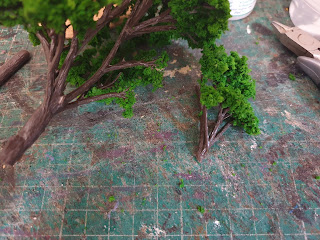 Then I snipped a bit of the branch work off with the view of placing it elsewhere. 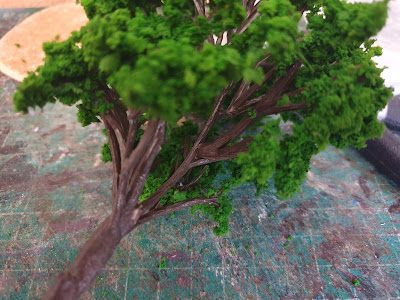 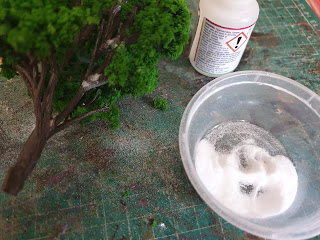 Getting the branch to glue back on with super glue could have been a pain, but using Bi-carb makes the glue set straight away. 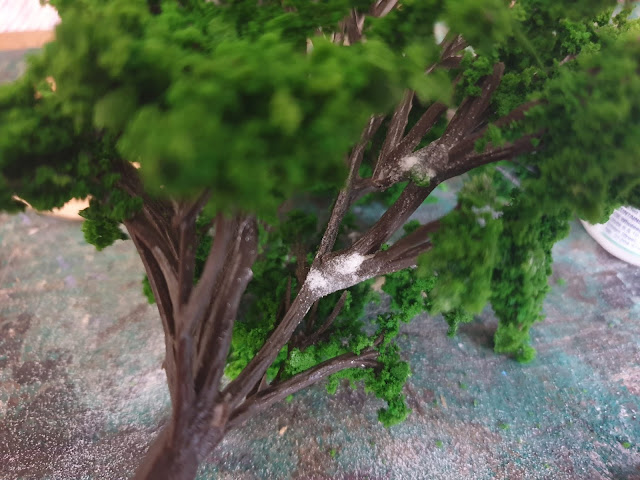 Good and strong, it does give off fumes, no problem in a one off situation like this but if you were doing all 15 in an afternoon, make sure the window is open and wear eye protection. 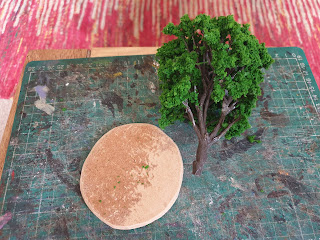 Then I used a glue gun to stick the tree to the base, 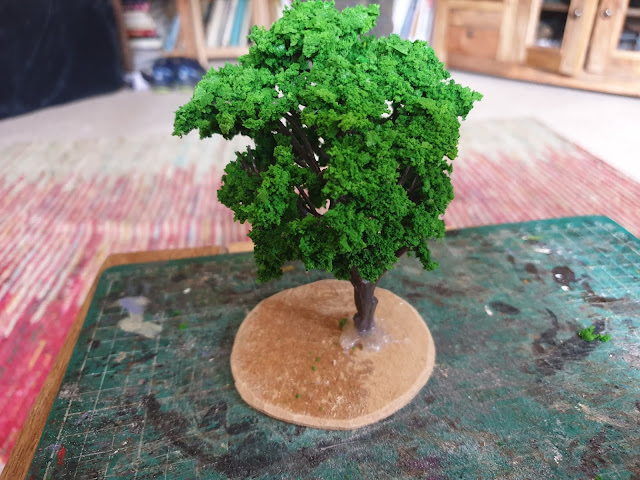 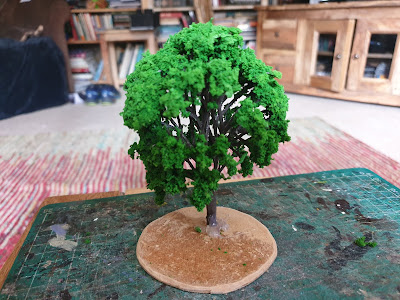 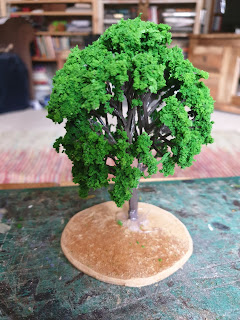 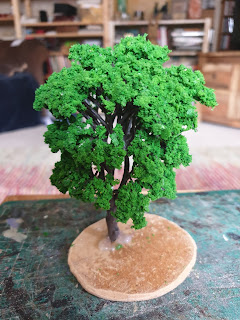 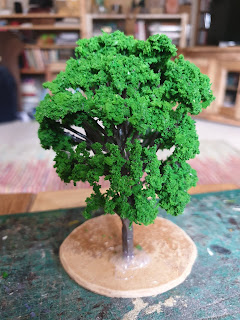 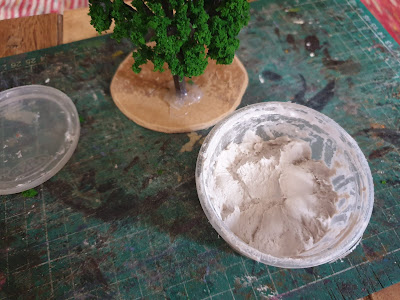 I used a mixture of Das and PVA to develop the trunk. 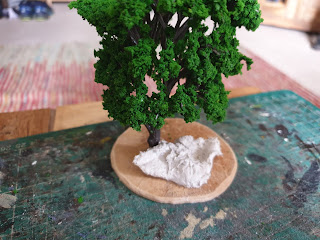 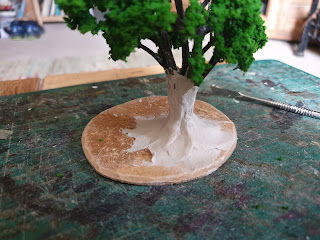 Then I used a modelling tool to create the bark effect. 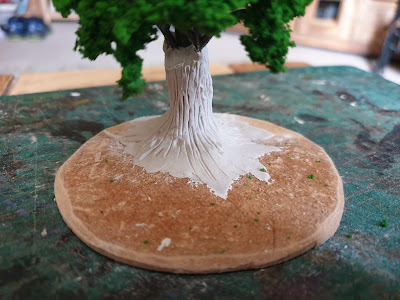 This was the shortest, fatest trunk I have made on all the trees I've done so far. 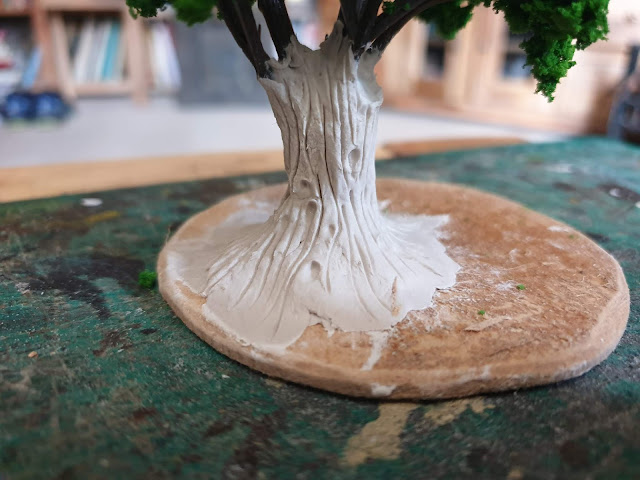 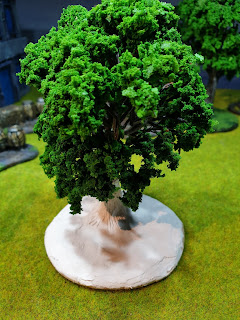 Then after the trunk was dry I covered the rest of the base in the same Das mix. 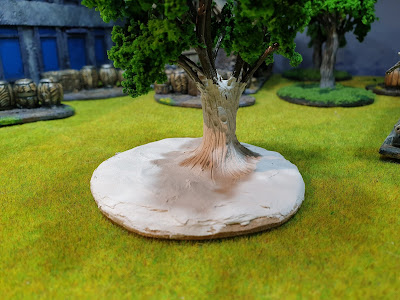 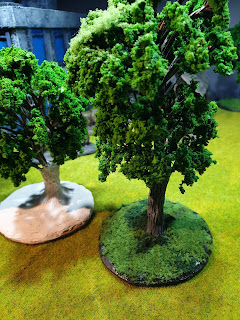 The next stage is to paint the trunk and base brown and the dry brush with grey, 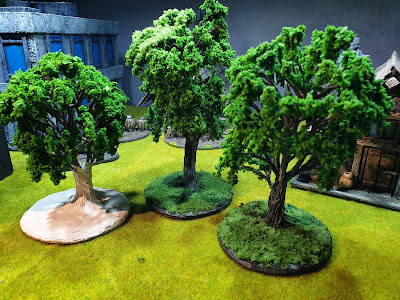 Then add dark green flock followed by bright green, all from Luke's APS. I coated the whole base with PVA first and sprayed with watered down PVA after. 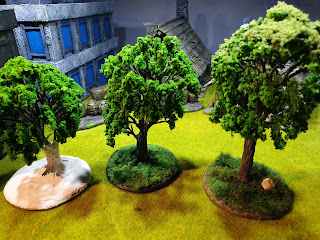 Penultimate stage is to add the tufts and add one or two stones. 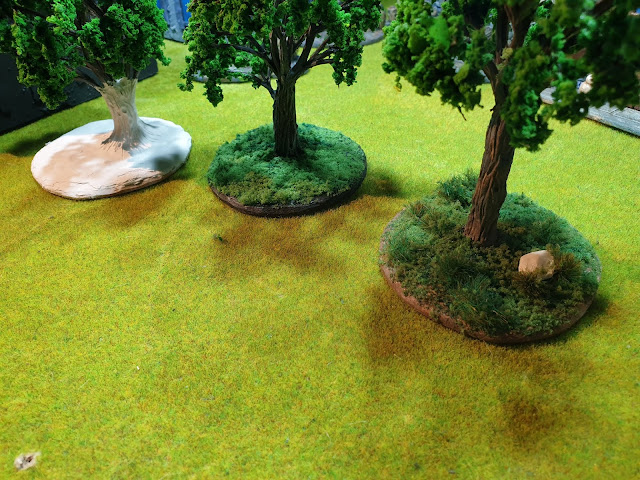 Finally I added bright green flock to the top of the tree and sprayed the whole thing with watered down PVA, then I did it again when dried and then again later... 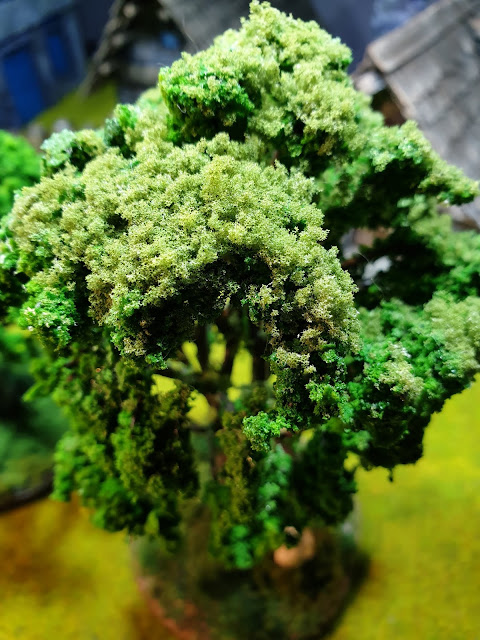 With the new base, the extra flock, the re-positioning of the boughs and the new trunk I felt the trees looked much more interesting than they had been.

The trees came from ethersell88 (via Ebay) and would like to point out that I don't work for them or sponsored by them. £14.37 at time of purchase, for 15 trees.

Email ThisBlogThis!Share to TwitterShare to FacebookShare to Pinterest
Labels: How to, Modelling, Sculpting, Terrain