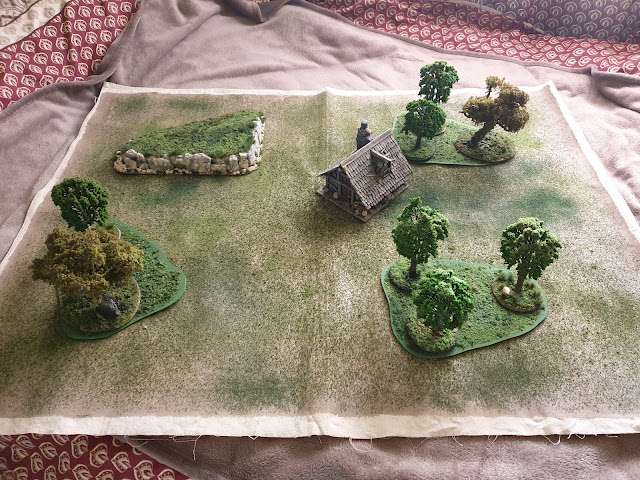 A couple of weeks back I decided to finally have a go at making myself a war games mat. Since it was finished it has been rolled up and left on top of a cupboard to see how well it would do when unraveled. 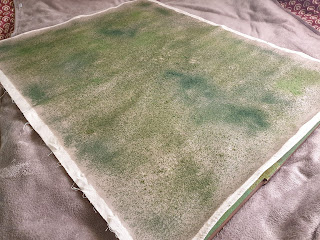 Its only 3ft by 4ft, sort of thing for playing Saga on. 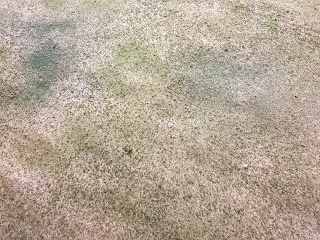 I was very much aware that I didn't want to have too much flock on the mat, as it would probably all fall off, so i didn't put too much on. Also I wanted to make sure it looked different from my boards. 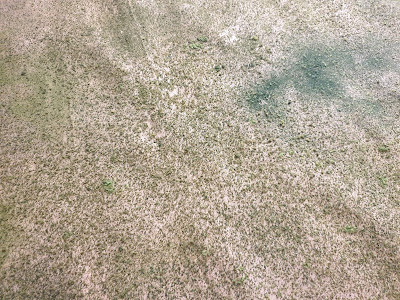 I made it to take either to the club or my friend Mick's when we play Saga. 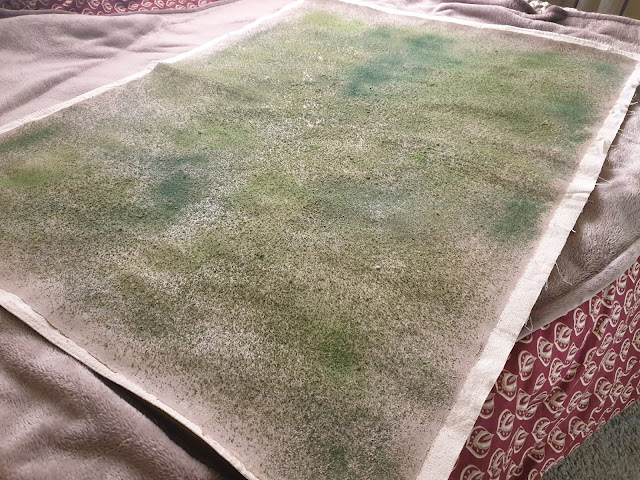 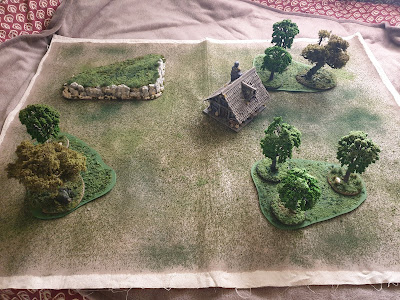 With some terrain on it looks fine to me, may have a go at ironing the reverse at some point as I forgot too when I was making it. 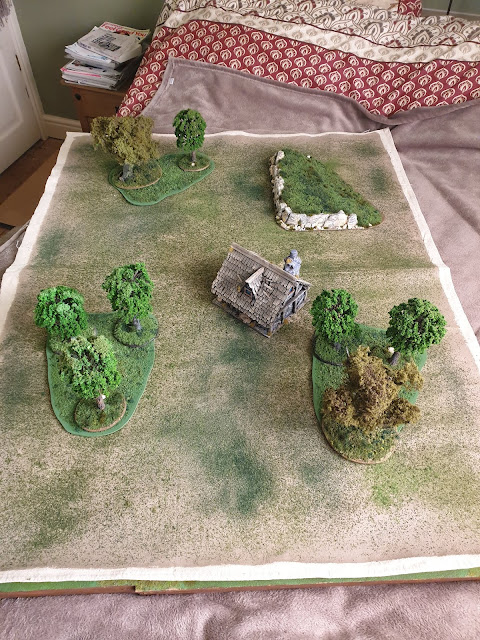 It was made from a heavy painters cloth from EBay, which bought about 4 years ago, yeah I like to work nice and slow... 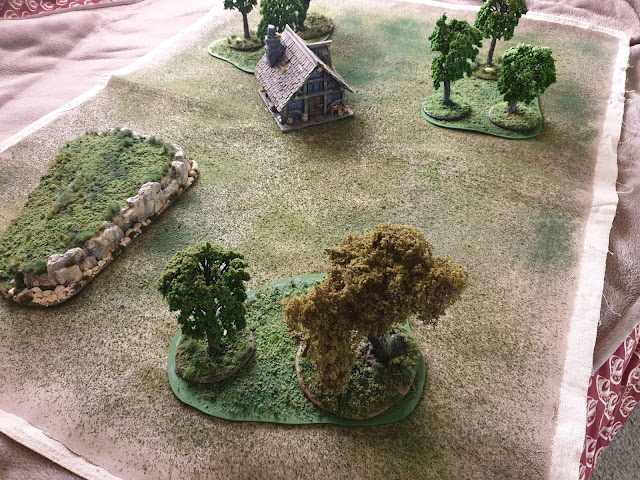 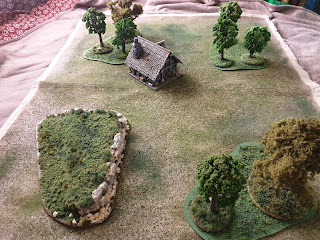 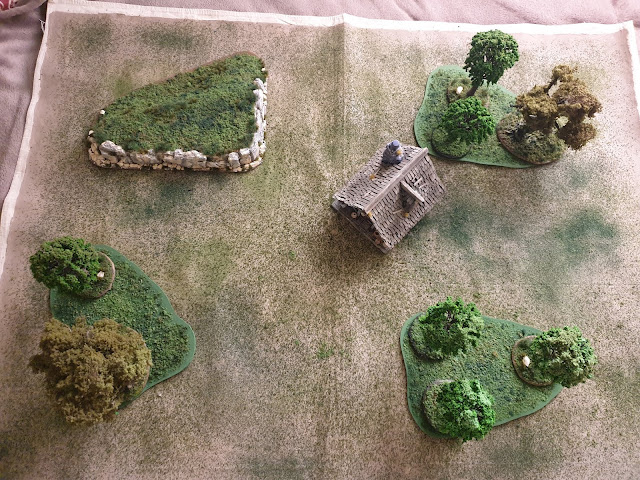 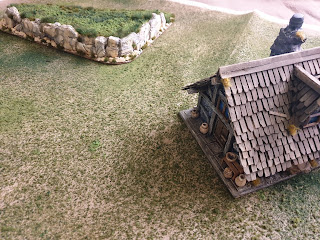 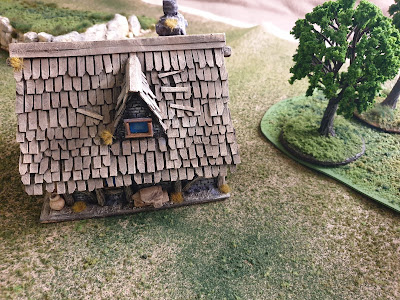 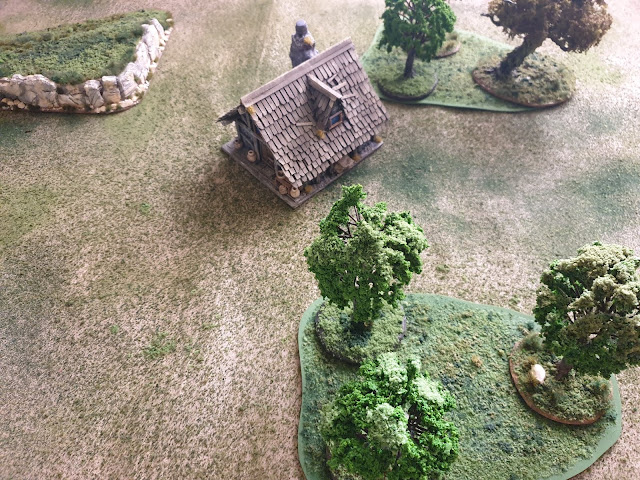 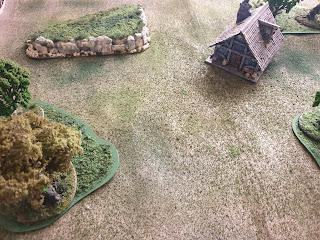 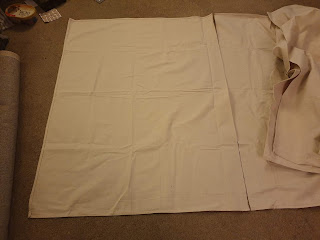 I covered the cloth with a thin layer of decorators caulk with some brown acrylic paint mixed in. 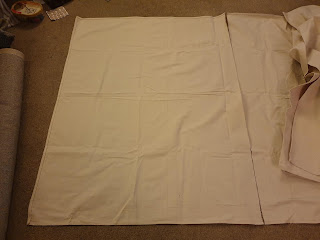 Then I sprinkled and pressed into the caulk a good smattering of flock, dark, medium to bright green.
Then later when it was dried I decided it needed some more flock so added some more with PVA watered down to hold in place. 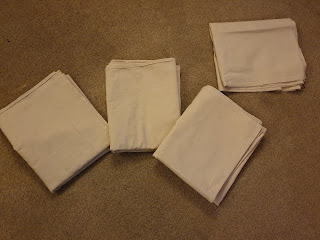 All in all, this is a mat that will be an experiment and get used until it falls to bits. One thing I must do is secure the one edge that is not hemmed. Will be used next time I play away from home, will review it then. 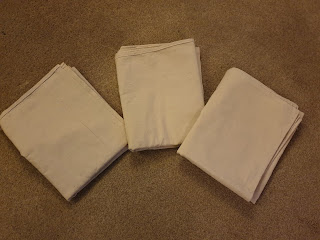