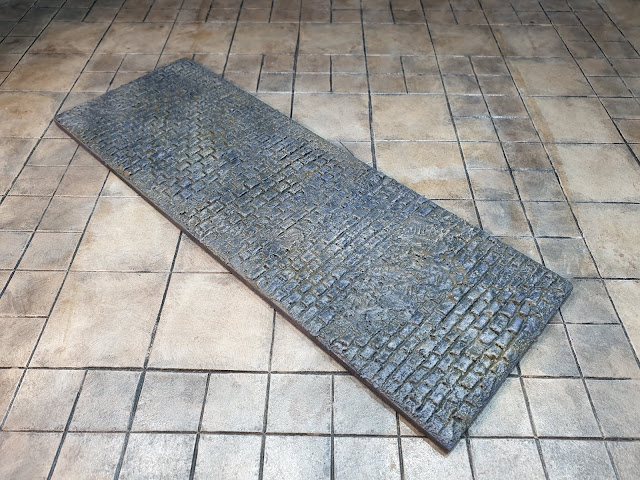 I have recently been working with PVAcrete far more to work on ruins and walls that I had previously made and needed revamping. 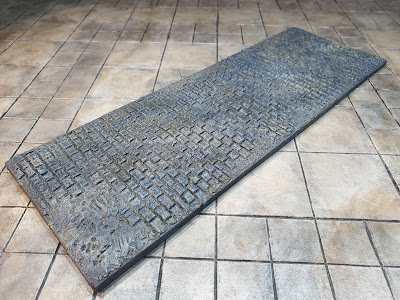 An offshoot of that work led me to create a cobbles street using the same sort of paste and techniques. 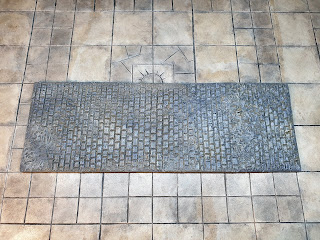 I had some 5 mm MDF knocking about, this is 4"  by 12" roughly and was an experiment initially. 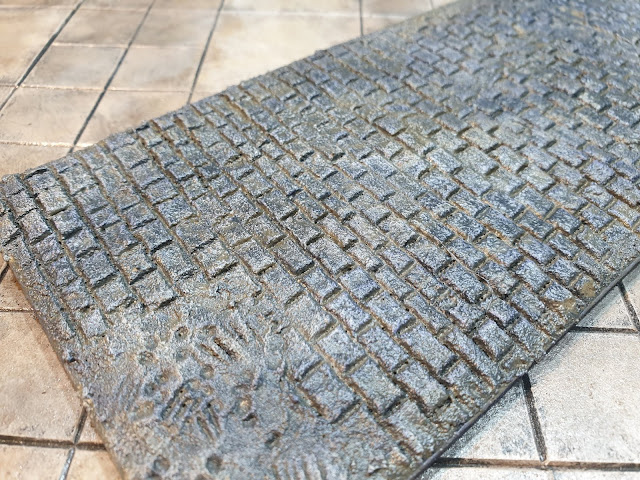 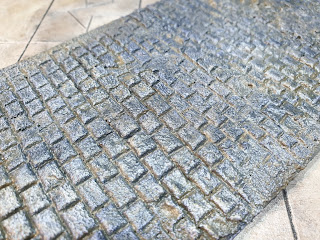 I mixed up the Crete and spread it on the MDF then used a sanded coffee stirrer and some of my modeling tools to score into the crete, once dry it was painted and came out as below. 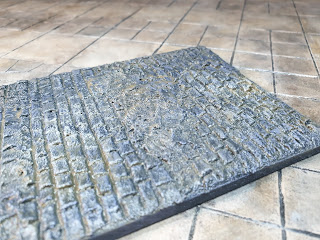 Before and after, ish, shot. 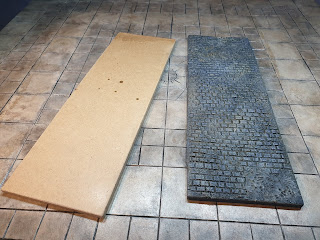 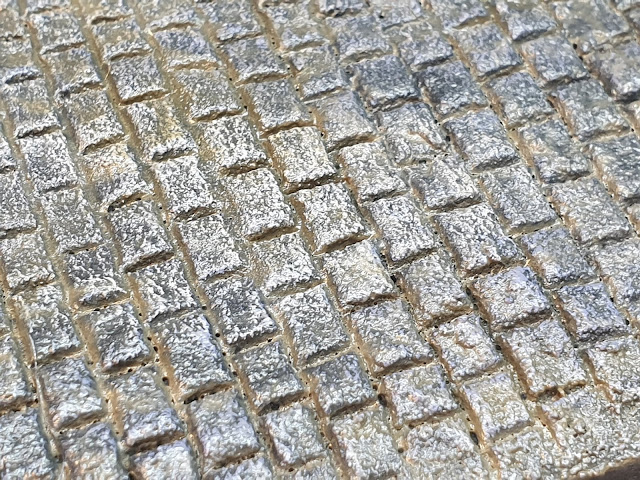 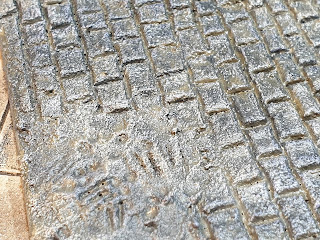 Some areas I decided to make a bit rough rather than continue the cobbles, I just got bored with them to be honest. 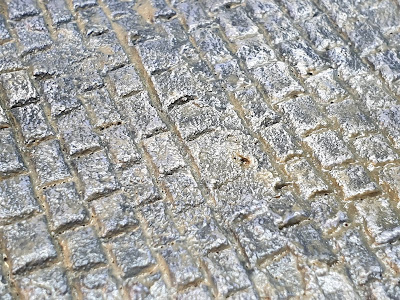 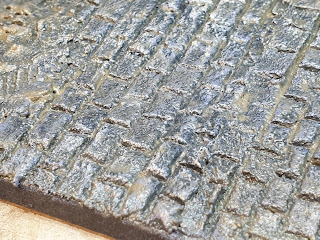 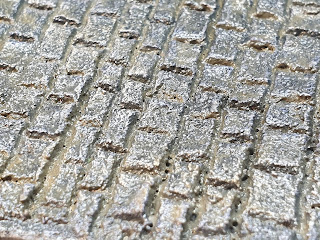 I have enough MDF to make 3 more 12" lengths and a square piece about 8" square. Should work well when I want a city scene in D&D or perhaps a KOW village scene. 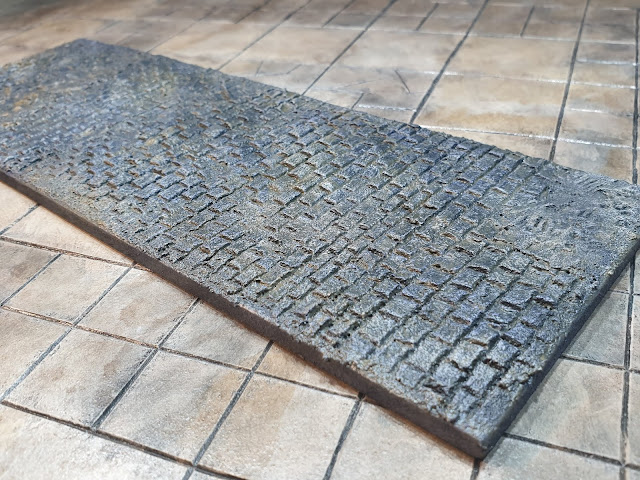 I think it came out well and look forward to making all the other bits, when I get a chance.