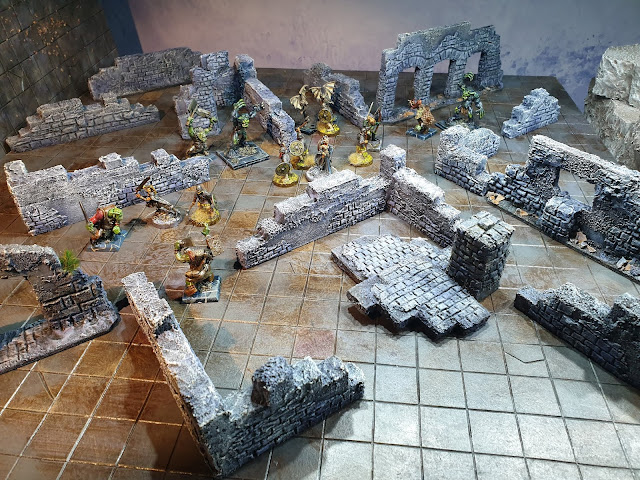 Some while ago I posted some pictures of wall sections and ruins which I had made a while ago, perhaps 2 years now, but that I felt needed reworking to give more character. 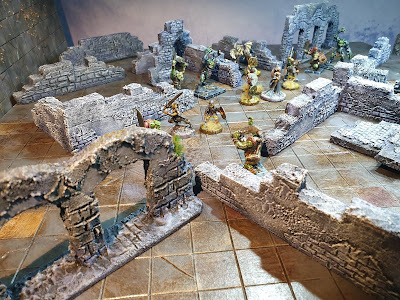 I have thrown in some models to give a sense of scale and use, a serving suggestion if you will :-) 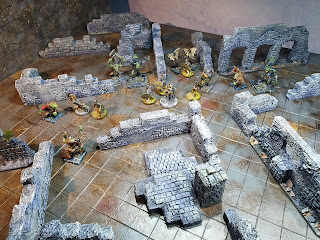 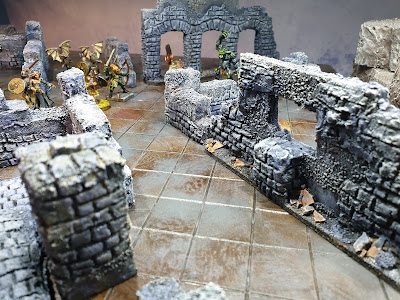 The main work was to remodel the actual walls, so they appeared more ruined and  then they were sculpted over with PVAcrete. 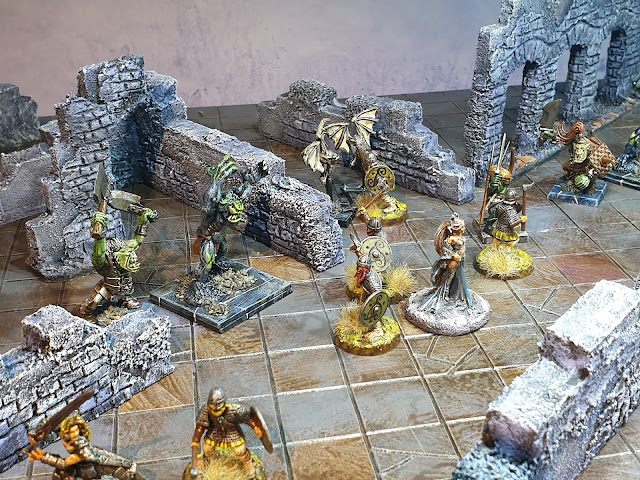 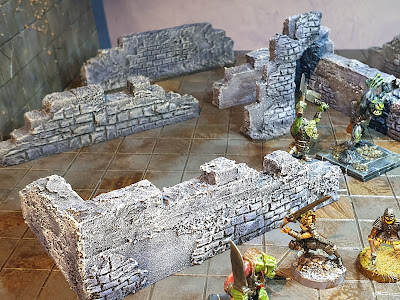 The archways were not remodeled but had the PVAcrete added. 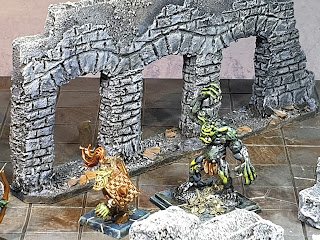 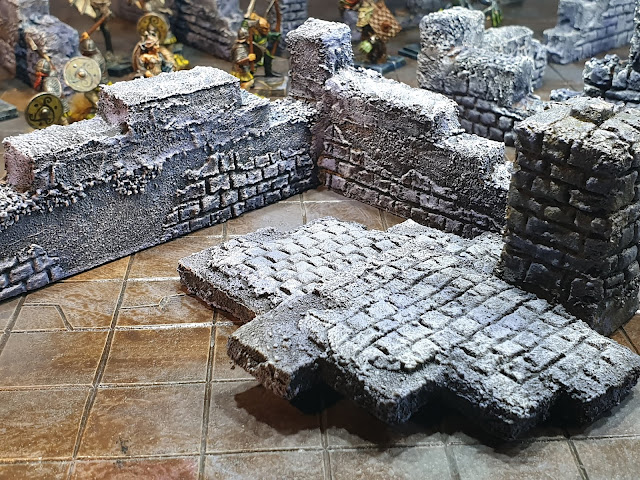 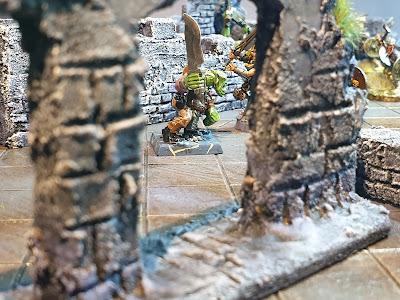 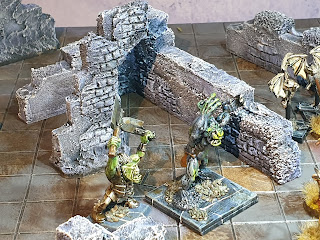 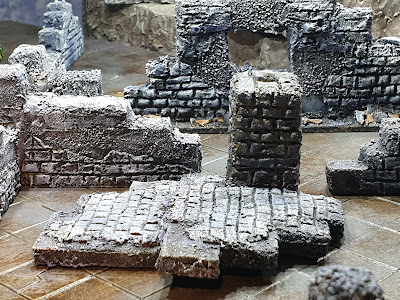 I still have a whole box load of wall sections that I will have to work on. These are much nicer and I really won't want to play with the poorer set till complete. 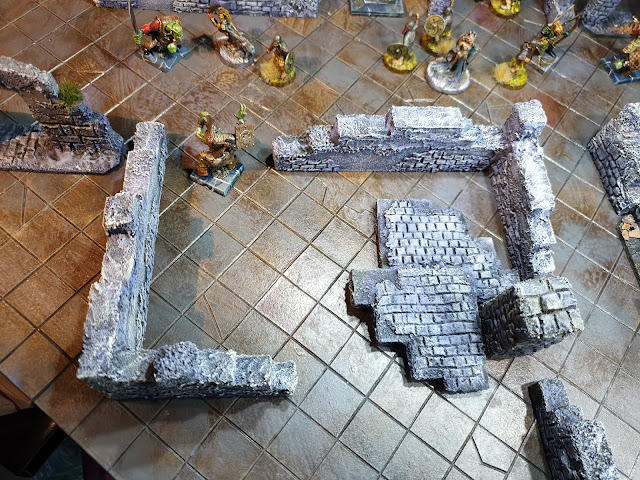 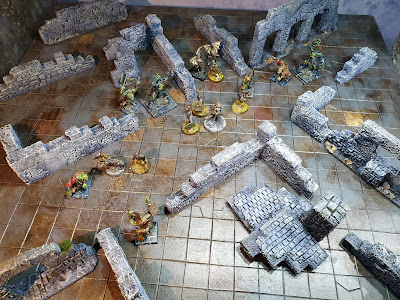 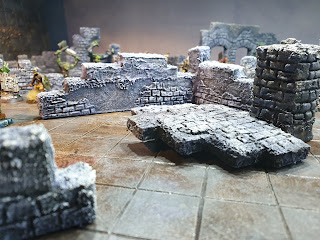 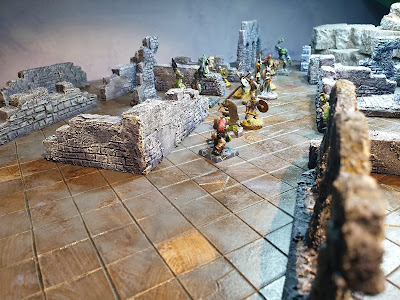 Think they will be used most often in games of D&D but I can see them being used in KOW too. 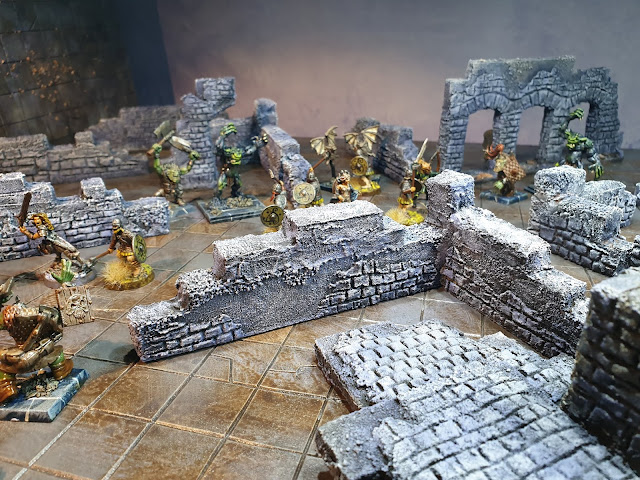