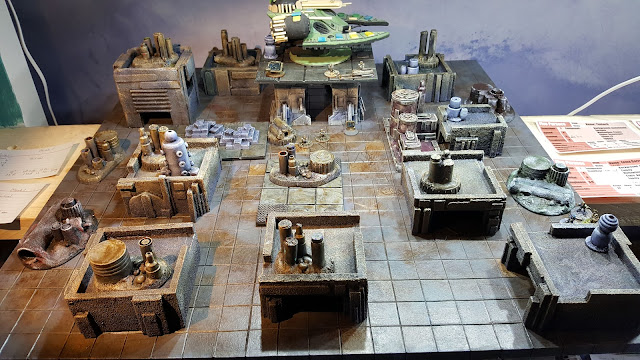 Pre-Game
Going into this game the crew were a little quiet to say the least. Having lost 2 of the compariots in the last game all they wanted to do was leave Horst and put some distance between them and the Enforcers. They headed for Jane's Port where their shuttle was being housed. 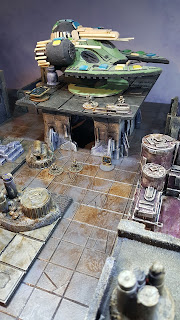 Eema checked her stash and going into the game had 8 creds. However with all the crew up and about 4 creds went on upkeep. Darrsha, Timtuc and Remi did a bit of trading to try to raise some cash, They scored a handgun, some trade goods and some worthless tack. 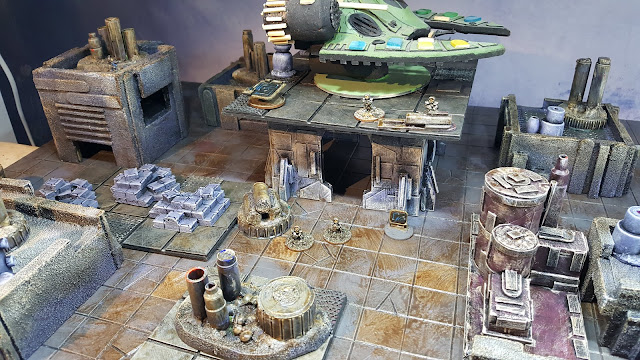 When the crew arrived at Jane's Port on Horst they quickly realised that Guild Troopers had their shuttle under guard. 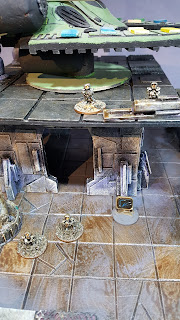 Five in total, one being the Enforcer who led the team who killed two of the friends. 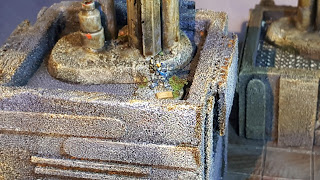 Luckily the crew spotted the Troopers before the alarm was raised. 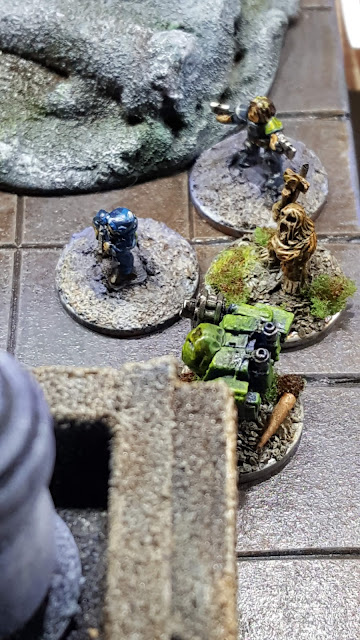 While Eema, Darrsha and Remi sneak up the right flank, Timtuc6 prepared to act as decoy to draw the Troopers fire. 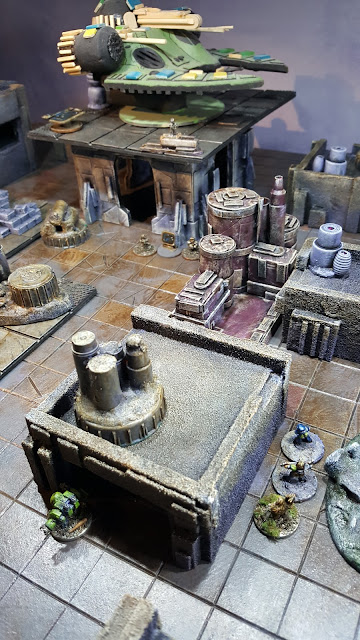 While most of the Troopers stayed put, the Enforcer high up to the rear left of the field saw something in the corner of his eye and sent a Trooper to go investigate. 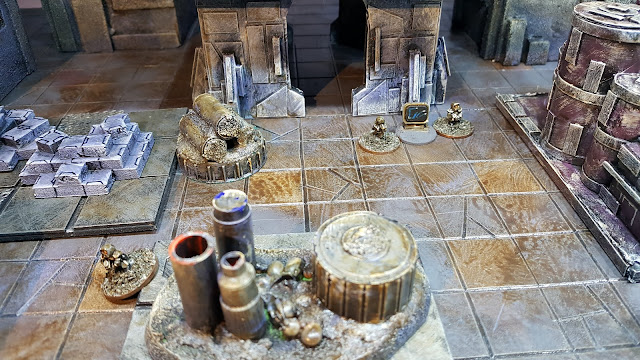 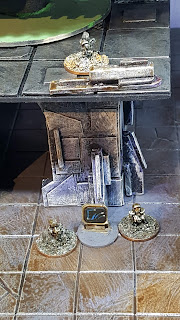 Timtuc readied his gun and stepped out felling one of the Troopers and drawing attention to himself. The troopers move toward Timtuc and one shoots back but misses their mark. 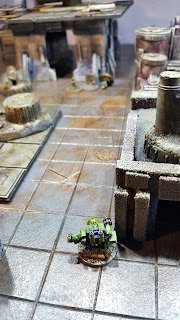 The rest of the crew continued to sneak forward. 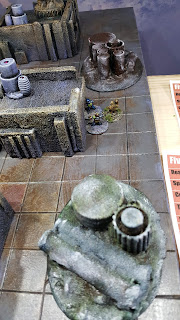 Timtuc stepped back into cover and waited for more Troopers to arrive. However as he did so realised he could see another Trooper stealthing towards him and shot him down. 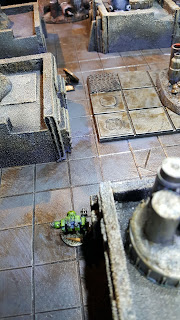 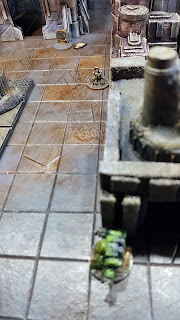 One Trooper starts to close on Timtuc's position so he backed off. 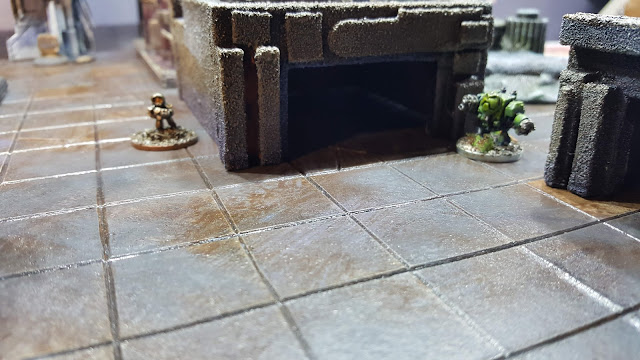 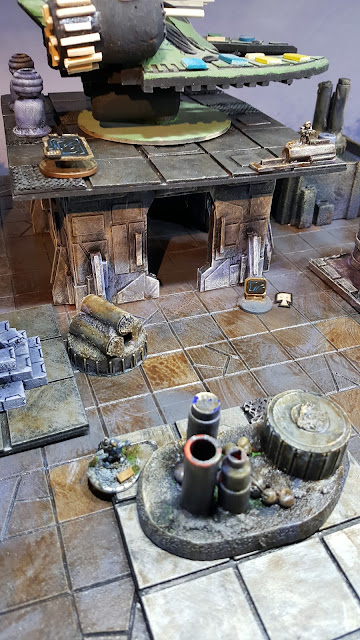 Eem, Darrsha and Remi get as close as they can to the shuttle. 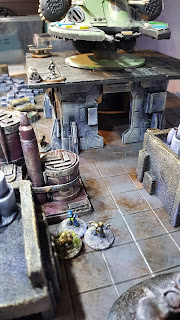 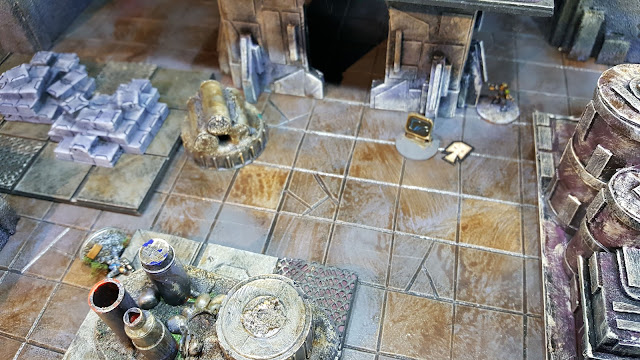 Remi stides out form behind his cover and guns the Enforcer down, grinning as he did. 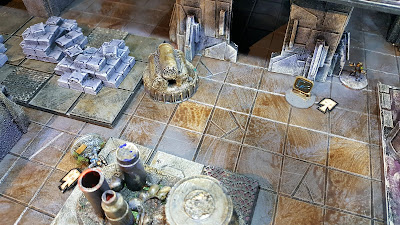 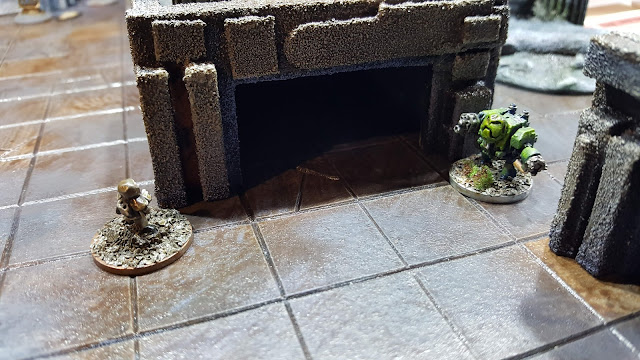 Darrsha had poked his head out of cover a little too far to watch Remi and the Trooper on the roof caught site of him and took a shot which missed wildly.
At this point the Troopers decided that no amount of extra pay was going to be enough and fled the scene. 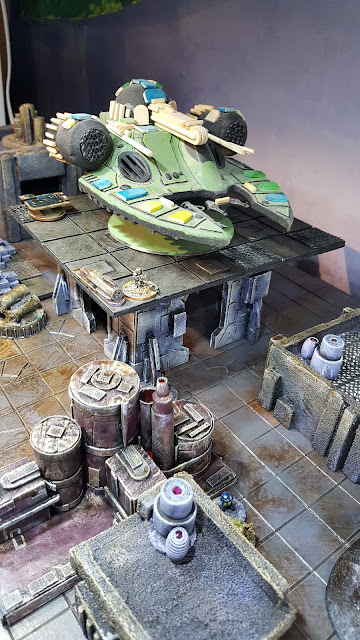 The game was over and the crew had successfully cleared the field. 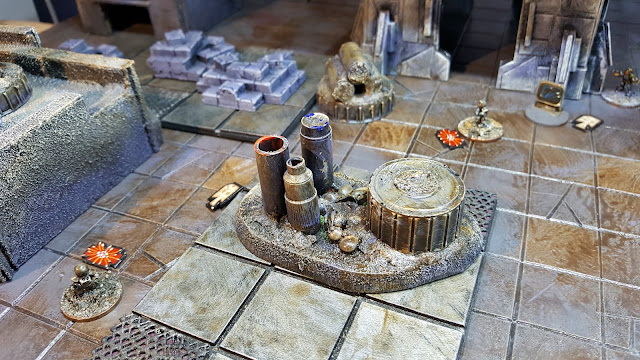 The Troopers on the toes, leaving Jane's Port. 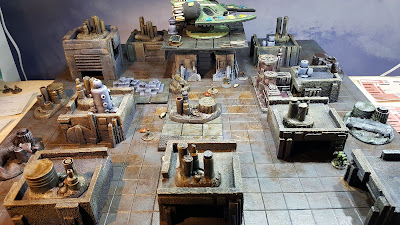 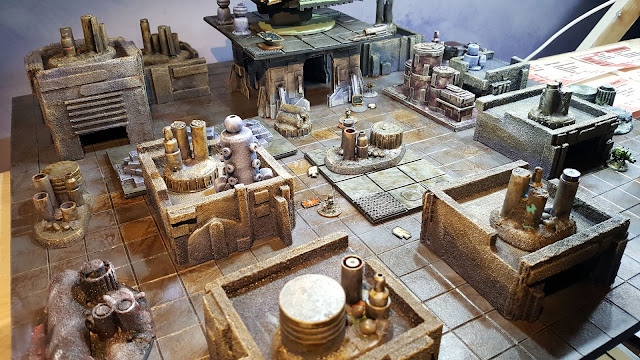 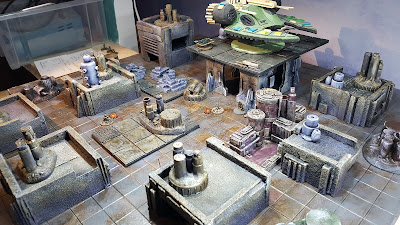 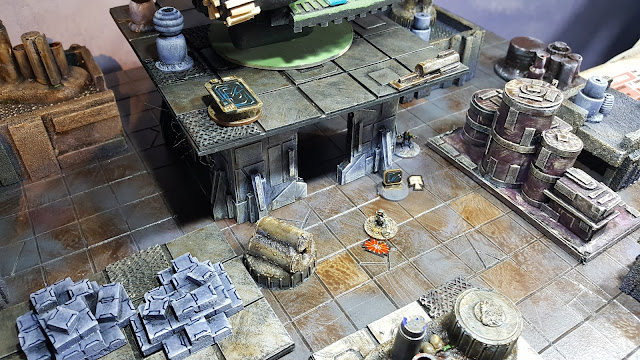 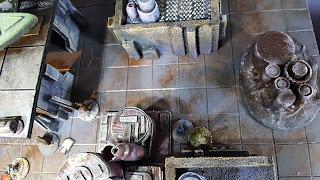 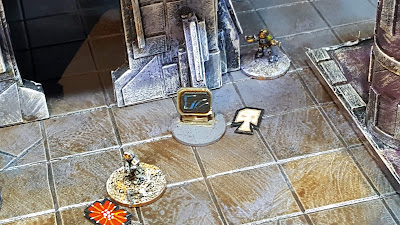 The crew gained entry to their shuttle and decided to leave there and then heading towards the Odi Sante orbiting the planet. 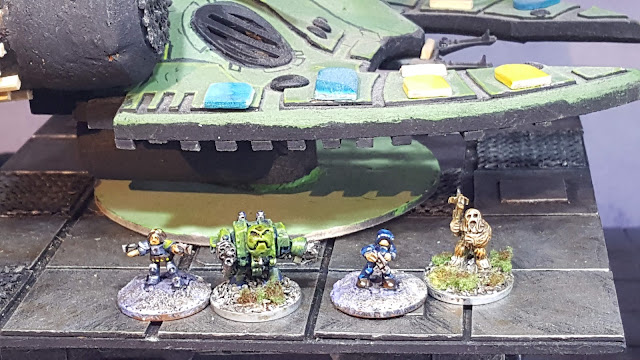 And with no injuries or deaths!

However the only way they could raise the 5 credits they need for fuel was to sell a blast rifle and a load of colonists rations. Eema had been forced to pay some unusual expenses held over from the last game at the casino. Sal Bleng was very unhappy about his tarnished name after the incident. 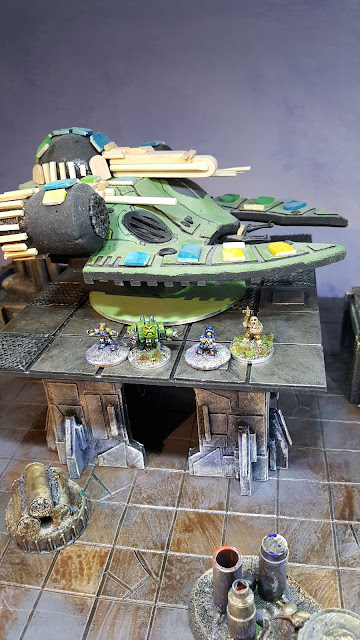 When they finally got on board the Odi, Timtuc6 and Darrsha had a bit of a row concerning the selling of the blast rifle and a crowbar send Timtuc to the sick bay for a turn. All good natured stuff!

Next game will be part of a new campaign on a new planet with a smaller leaner more hungry crew.