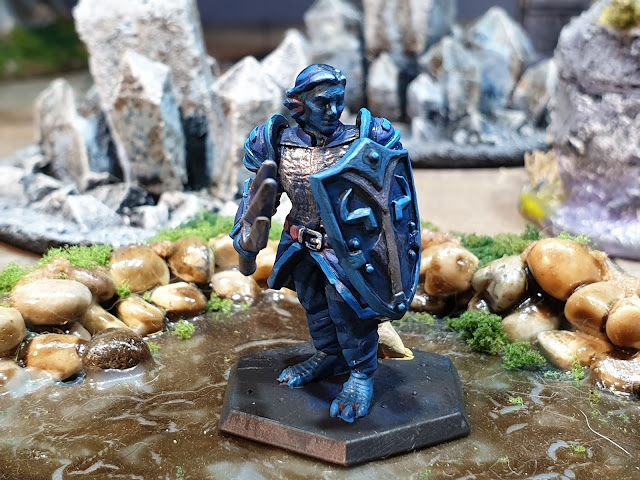 Just before Christmas I set too painting a couple of miniatures for a friend of mind, Lewis that's you, who had bought the figures from Hero Forge. Now, these were the first 3D printed models I have had a go at and I have to say they were fine to paint, holding the colours nicely. 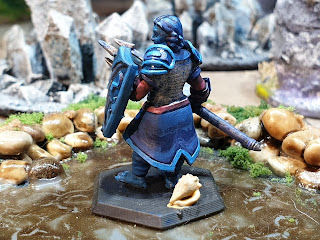 Here is Lewis' Triton, with very much a blue theme going on. Have just realised that I hadn't completed its base on these first few pictures: the last picture has one with the base sanded with a beach theme, well that's what I'm calling it :-) 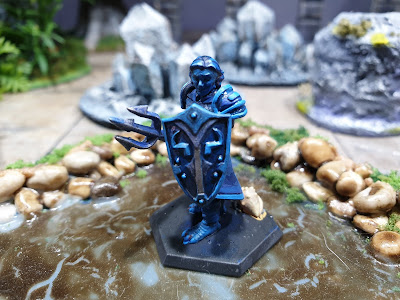 I have to say that I was a bit worried about painting expensive miniatures that belonged to someone else, even if they are a friend. 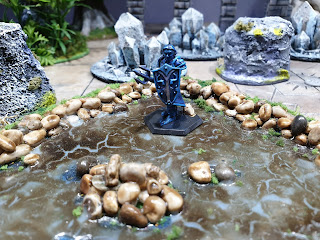 Below is the second model, his Gnome character. Lewis had sent me a couple of pictures to use for reference, that made my life a lot easier. 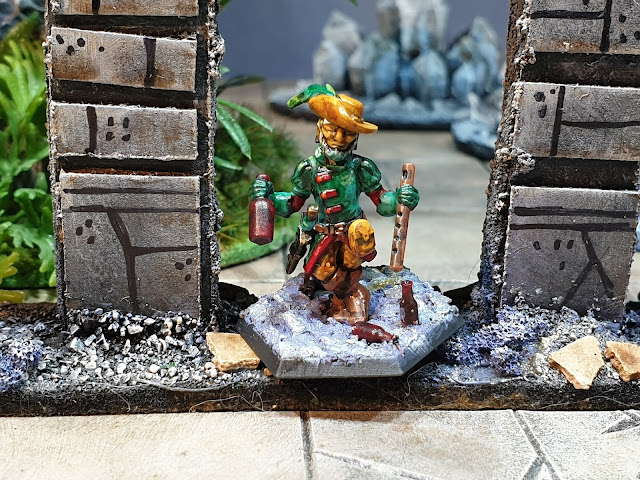 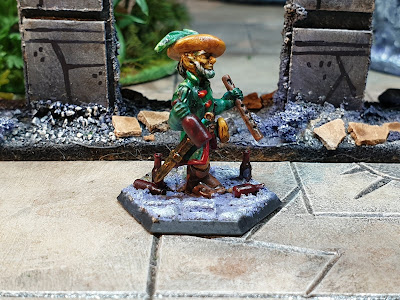 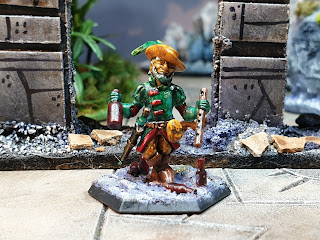 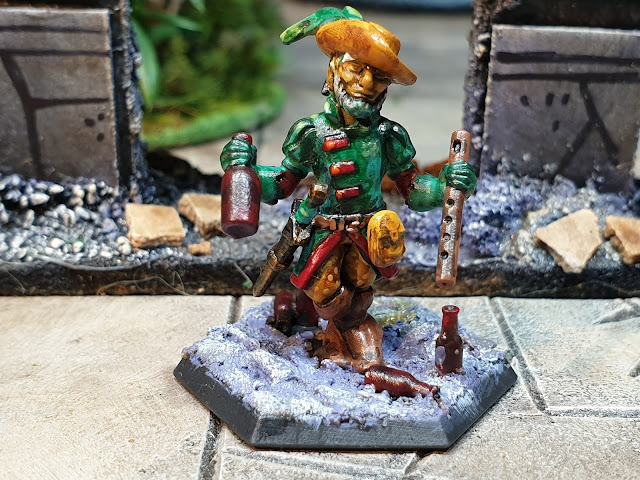 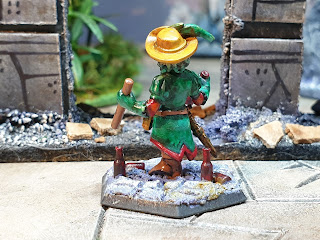 The pair together, obviously, they both seem to have seen some sort of fiendish creature off to their left. 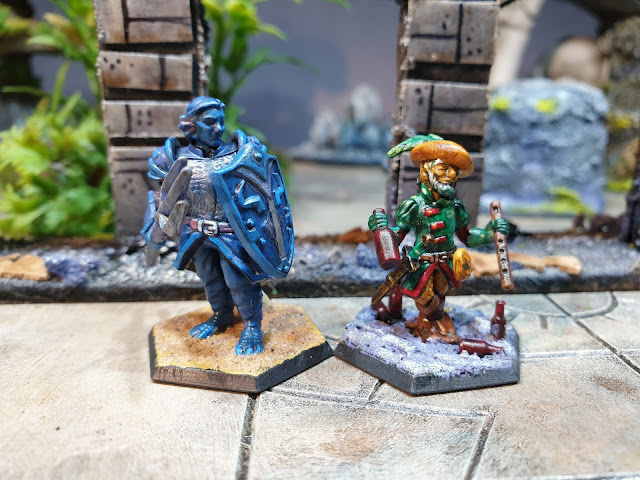 I haven't listed what paints I used on each model mainly because I don't have clue and didn't make notes, sorry.
Posted by Darryl Hunt at 11:09