You will have seen these figures in the first mission of the crew of the SS Sulimann, they are, I believe, Orc models from the Gorkamorka game GW released a long time ago now. I never owned the game, these models came to me in a box of models that were going to be thrown away. I have been sitting on them for 5 years or so, great to see them finally put to use.

These are the first 4, I also have another 6 in the pipeline. I sort of took the colour scheme from a 2000AD character named Pulger, a psychotic lunatic who knocked around with DR and Quinch. 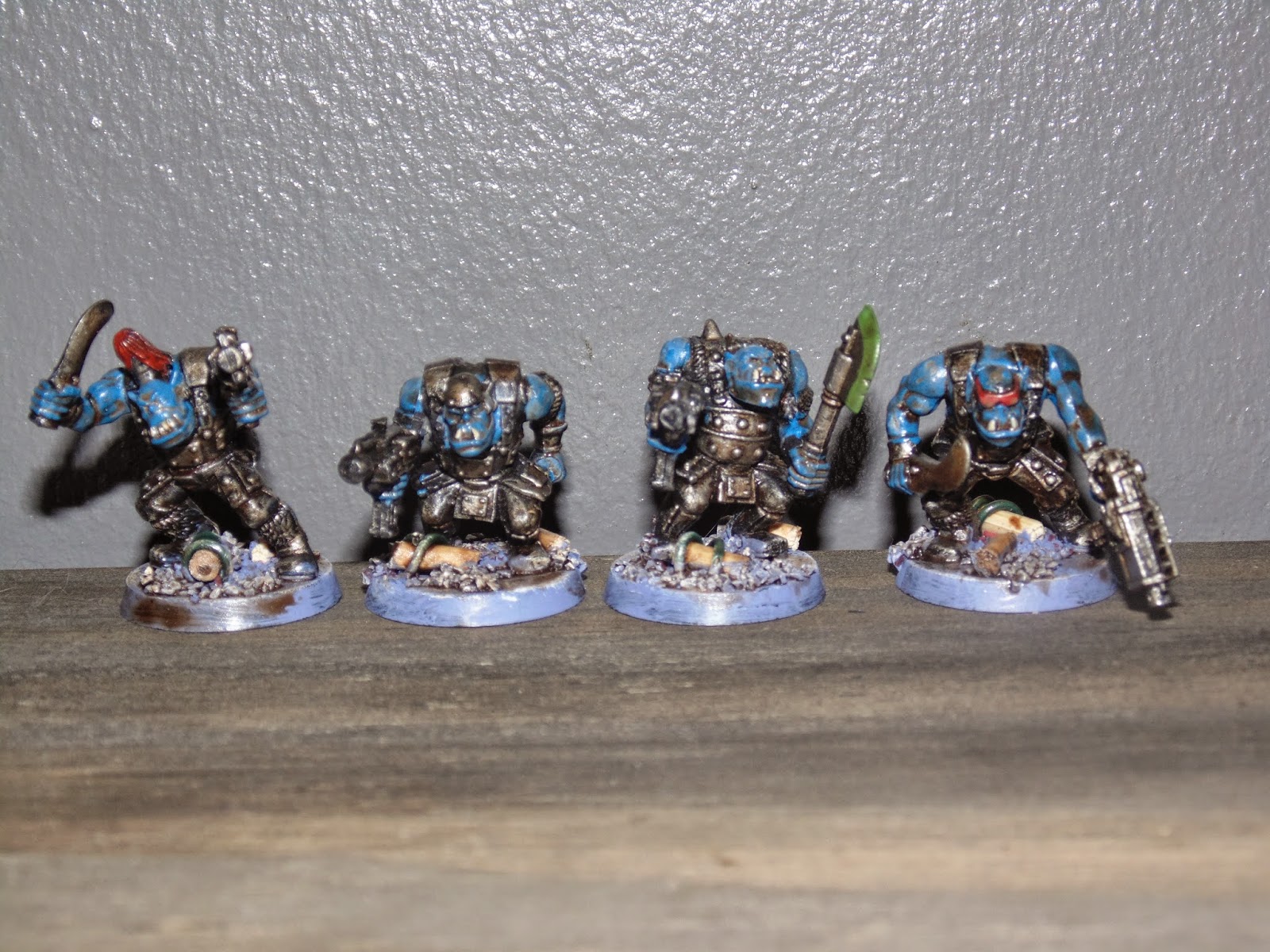 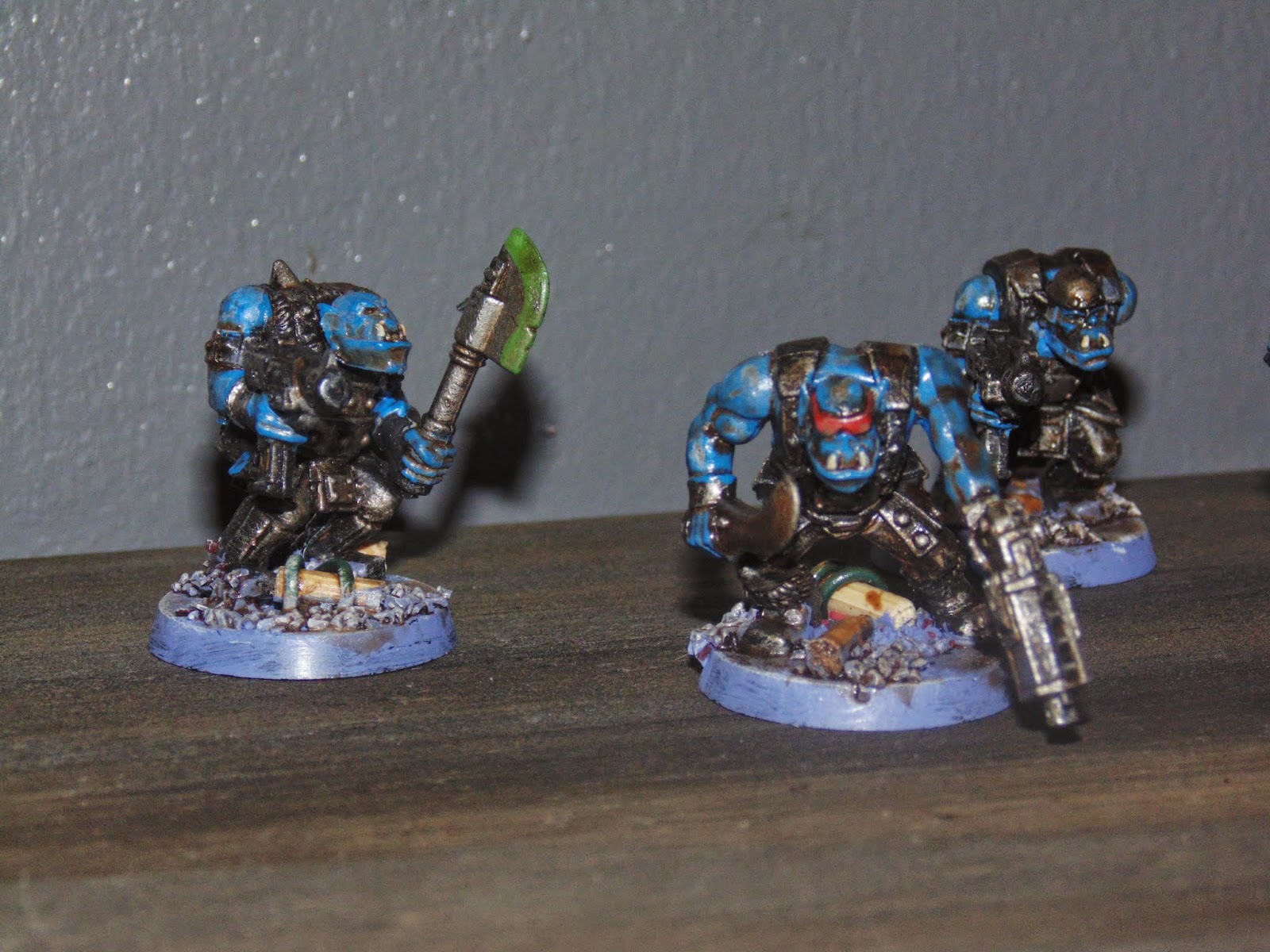 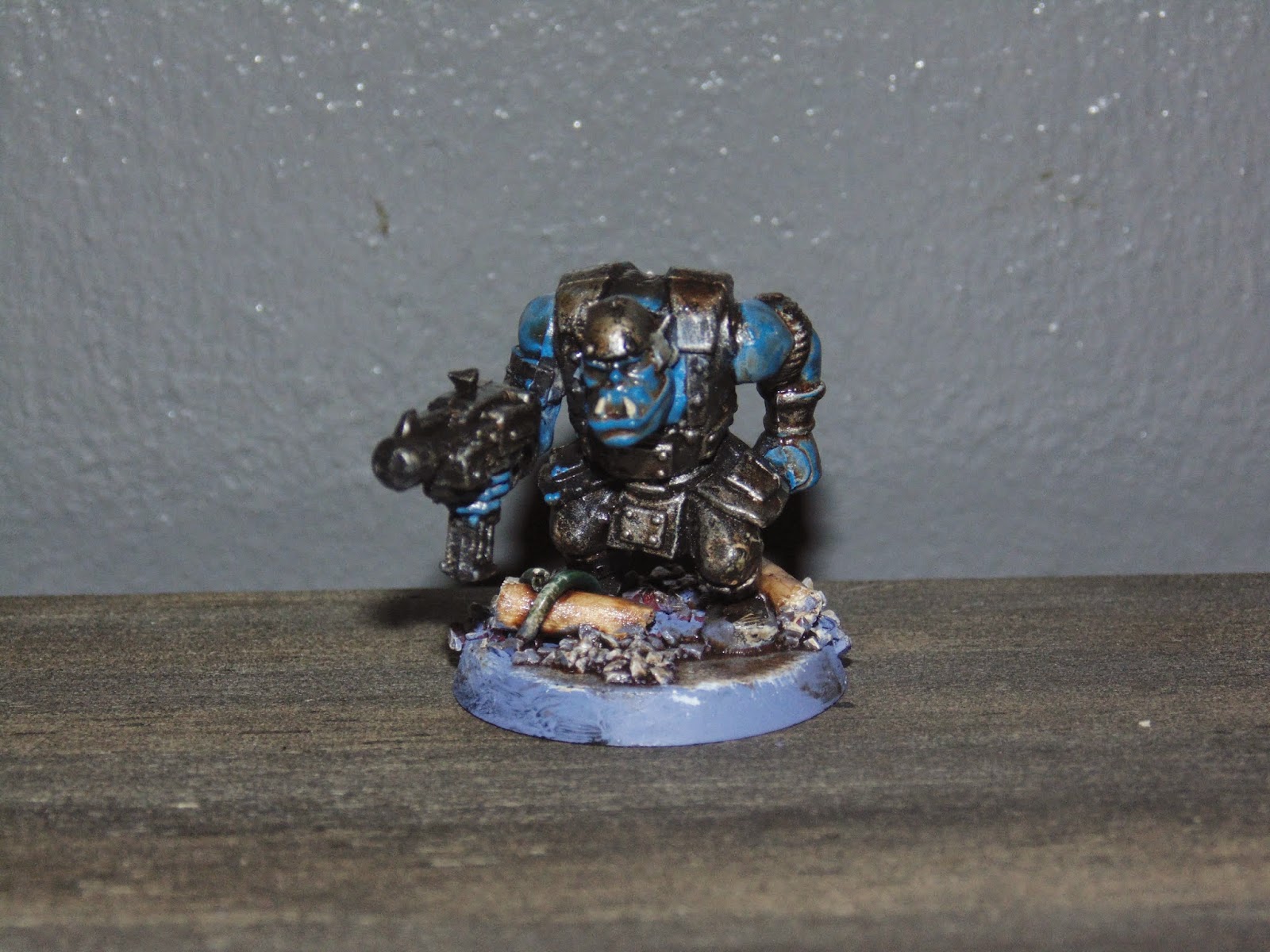 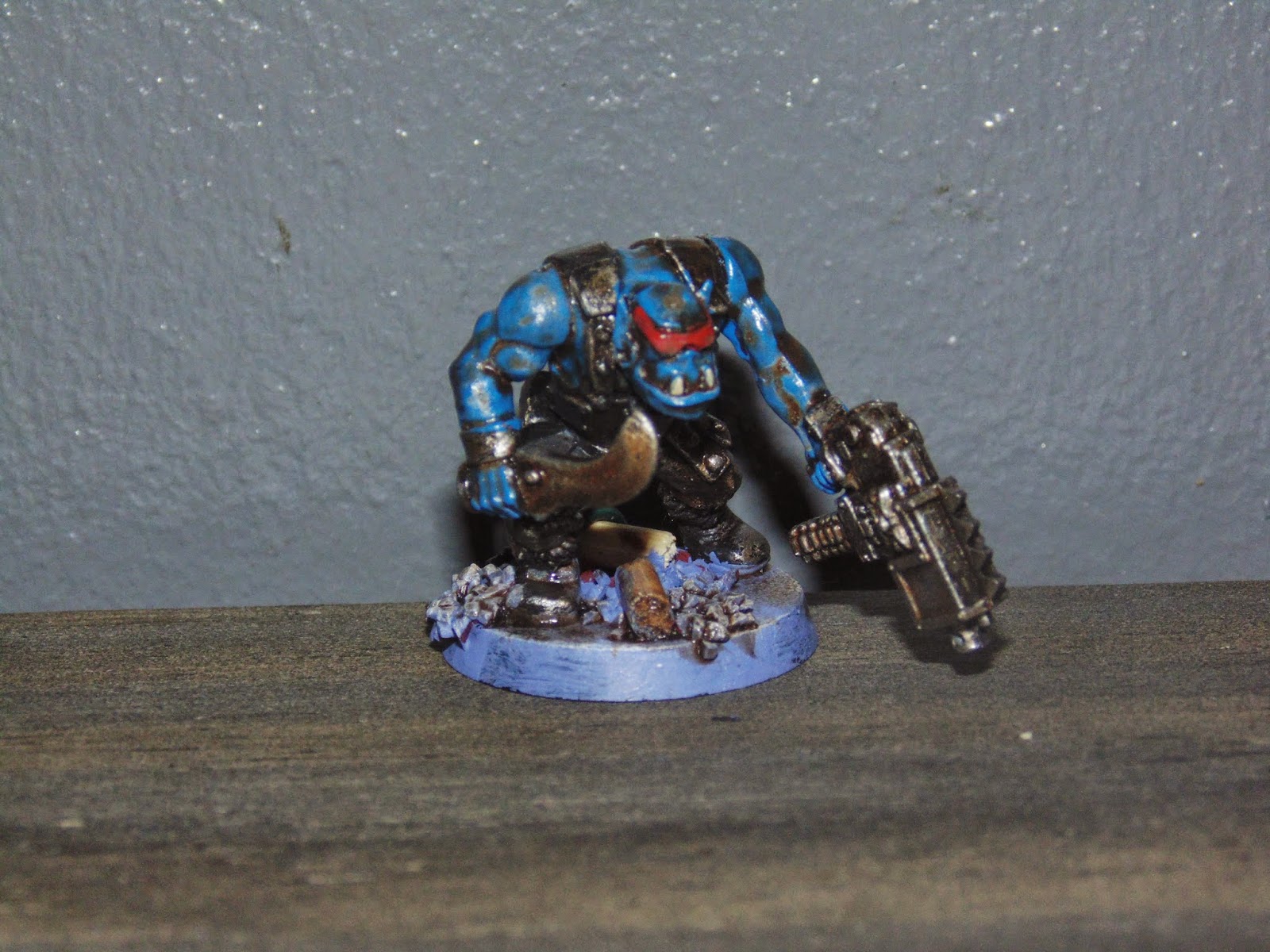 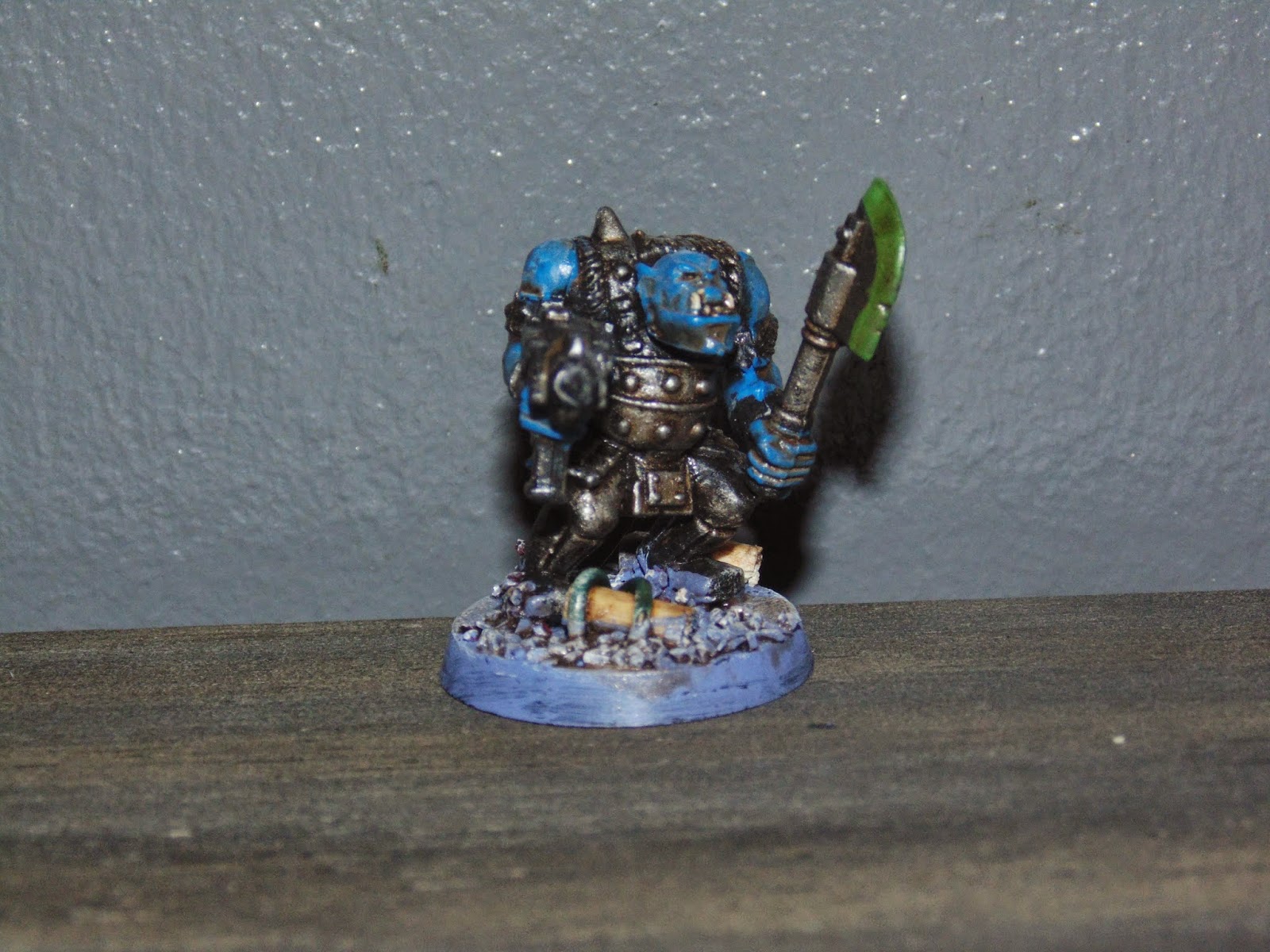 The inspiration, 2000AD, a comic I bought in 70's. Thank you Alan Moore and Alan Davis. 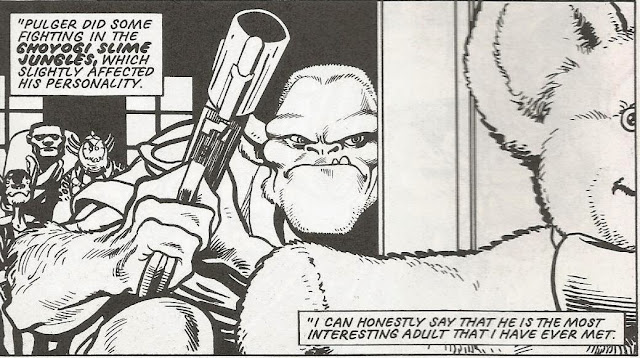