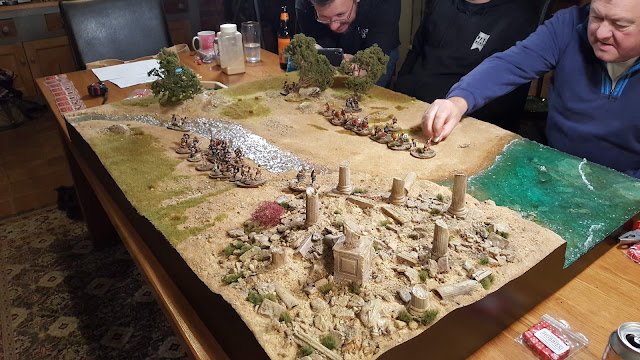 Last Wedneday Luke and I were very lucky to get the chance to play Mortal Gods on the brand new board we had made for the game. 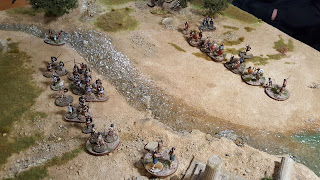 If you visit the Mortal Gods/War Banner stand at shows next year you'll see the board being used as its touring with them. Mainly because it was made for them by Luke's APS. 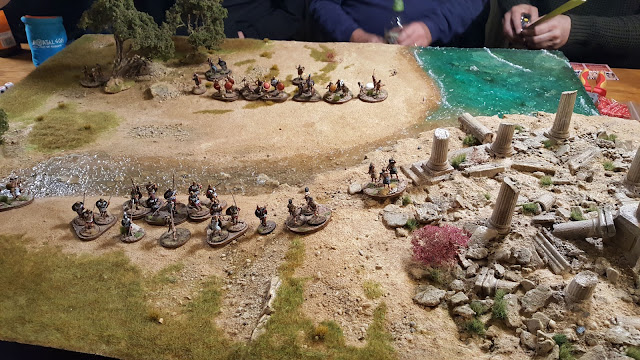 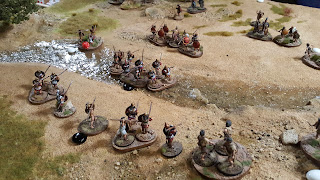 Here are some pictures I took on the night of the game, there were 6 of us playing while Andy Hobday adjudicated the rules and gave us tips on play. 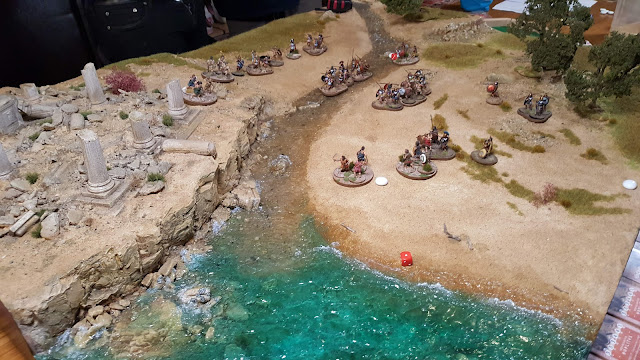 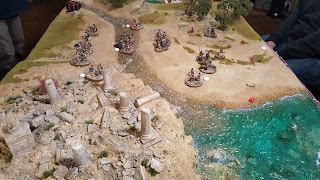 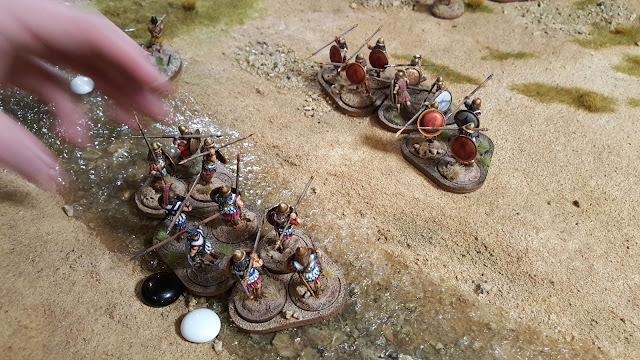 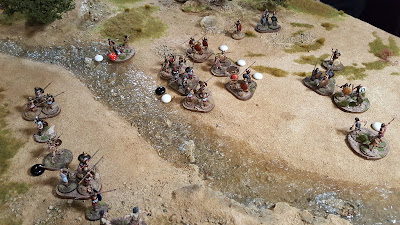 It was great fun to play and when the full rules are released in March I will be getting myself a set and will be doing some reports at various times. 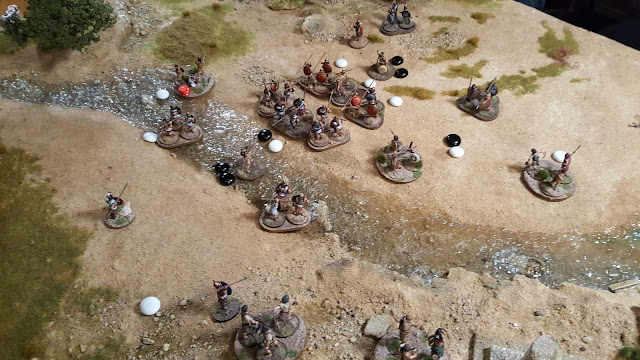 We were set running in the end by a very neat use of a character in the flank and a frontal charge by the oppositions experienced Hoplites which exposed our leader to being mnipulated into a combat he could not win. Well not with me throwing the dice anyway:-) 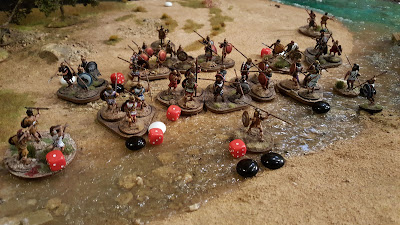 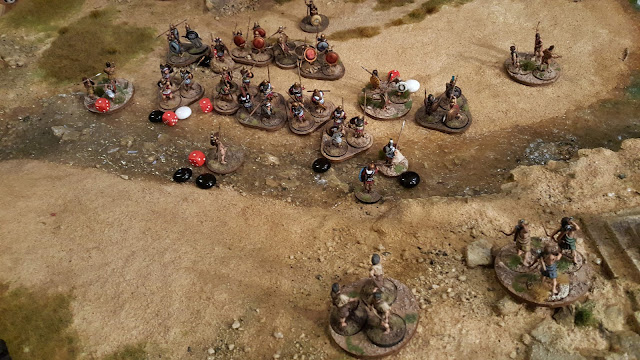 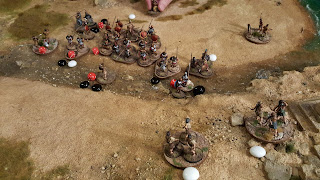 The breaking of the phalanx. 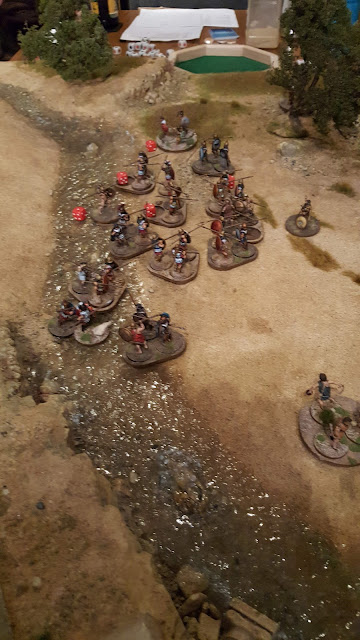 Our Hoplites a mess. 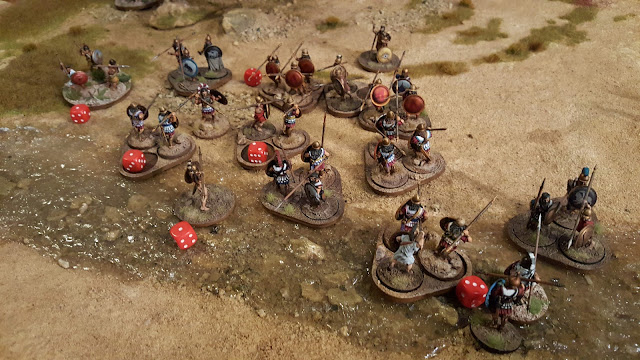 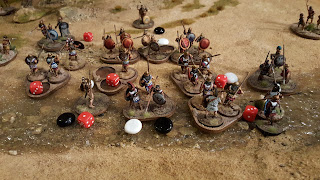 At the last our Promochoi was dispatched by the rival warbands leader and the game was lost. 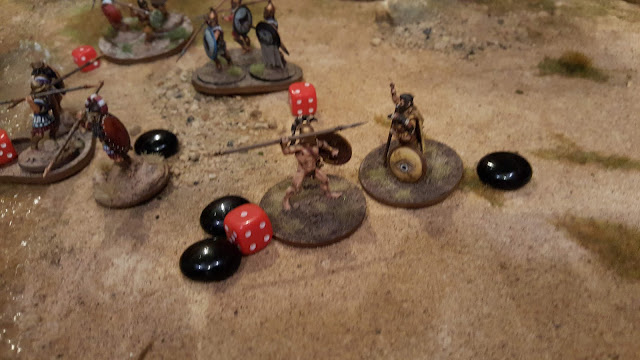 Shame its a bit out of focus. 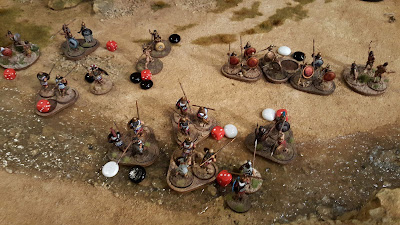 We had a great night, lots of fun and very good company. I have to say thank you to Chris, Andy Mark and Vince for making us feel so welcome, cheers fellas. 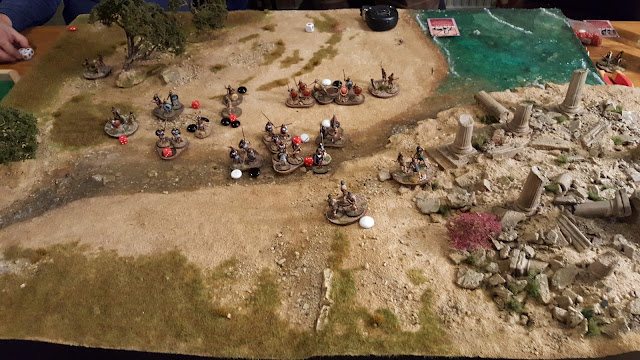