I have been putting together a skirmish force for the new Mortal Gods game from War Banner/Footsore Miniatures which I believe will be coming out early next year. Its an Ancient Greek skirmish game, knew there was a reason I had bought all those Foundry Greeks 15 years ago.
Has taken me a bit longer than I was expecting, things keep getting in the way, but recently I've really got stuck into them.
The bases are all hand made from card, glue and PVAcrete, see the WIP pictures below. 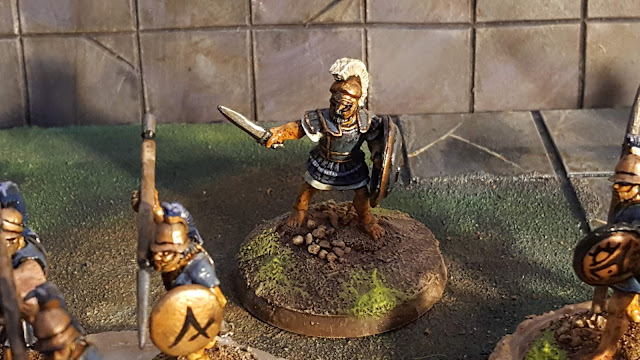 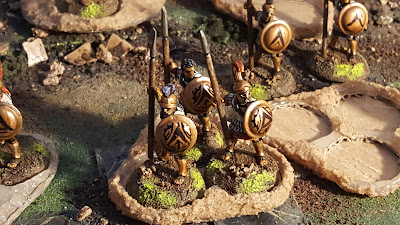 Recently altered the shield design throughout the army. I used an indelible pen to draw the extra bits of design. As you can see from the middle hoplite below, he was the first, I made the mistake of using too thick a pen. Some repainting to do there. 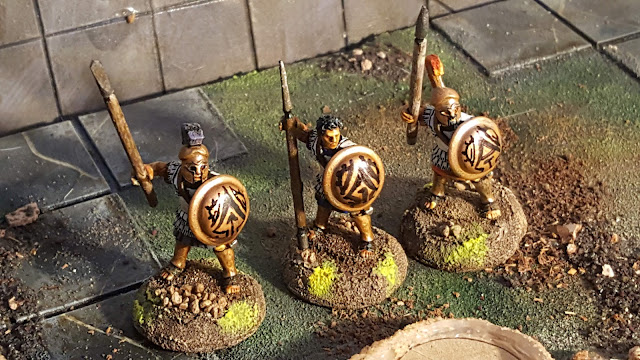 Was happy with the rest however. 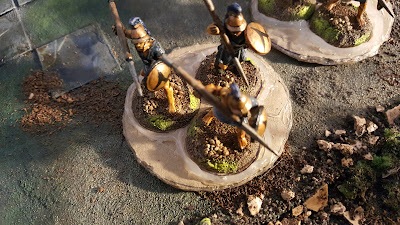 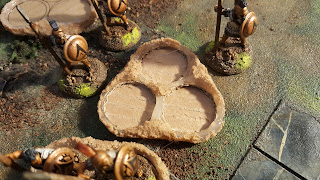 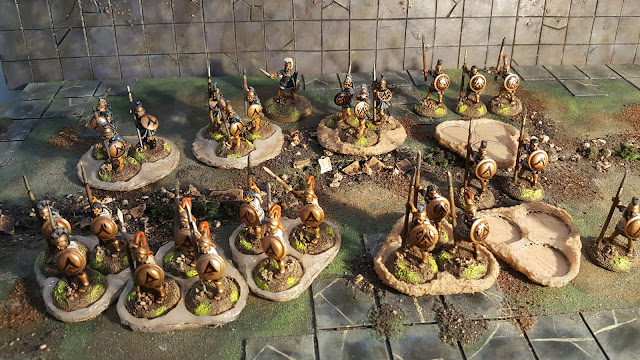 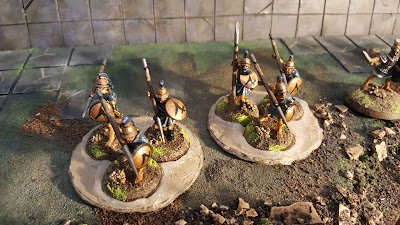 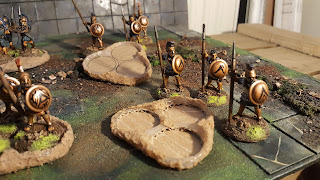 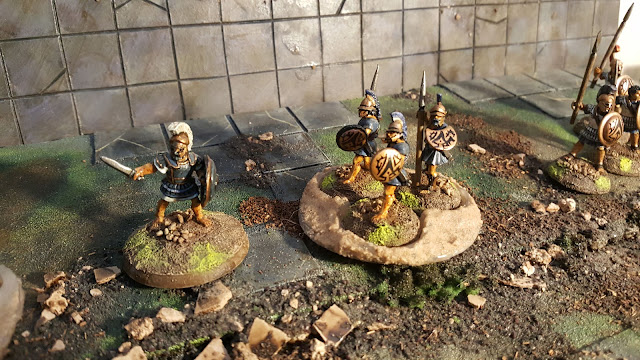 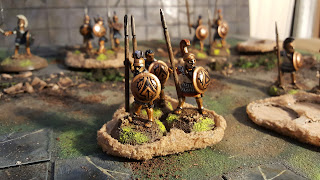 Still a bit of work to do on these but hopefully will be complete before Xmas. 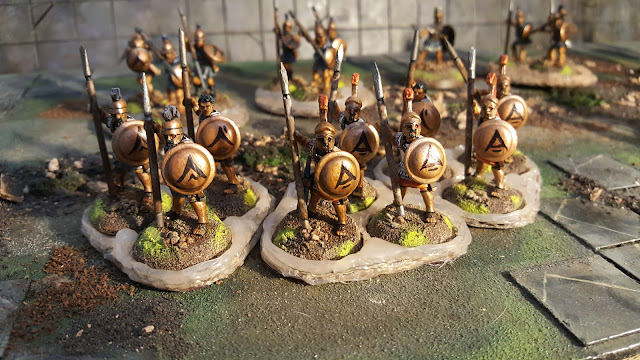 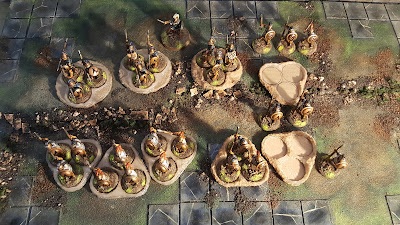 This is the board we've been making at Luke's specifically for Mortal Gods, will be nice to get a chance to play on it at some point. Will be delivering it to War Banner this week.
Posted by Darryl Hunt at 00:26