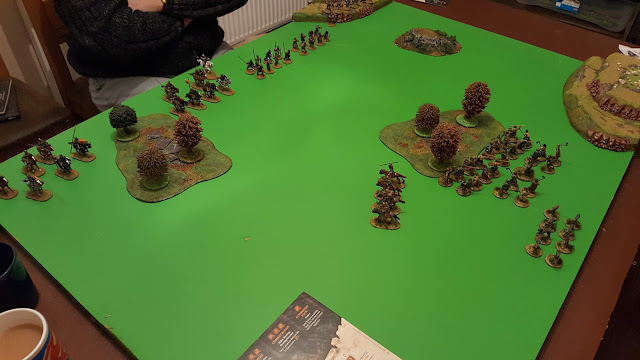 Got to play a 6 point Saga game with Mick the other day. 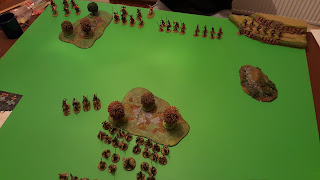 This was a first time clash between my Irish and Mick's Normans. 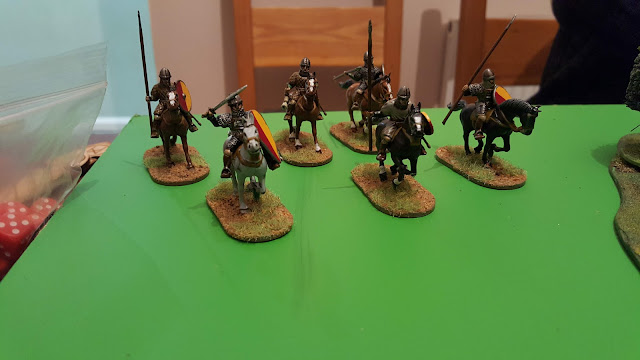 Here are a few shots of Mick's Normans. 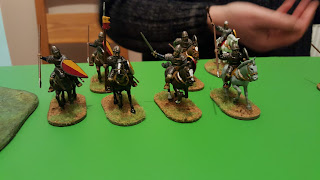 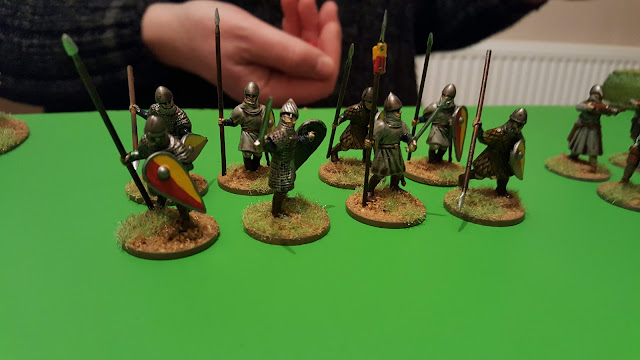 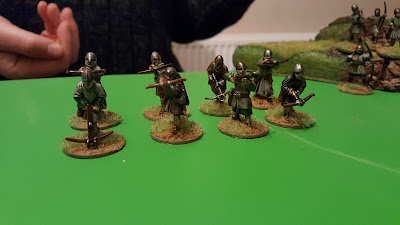 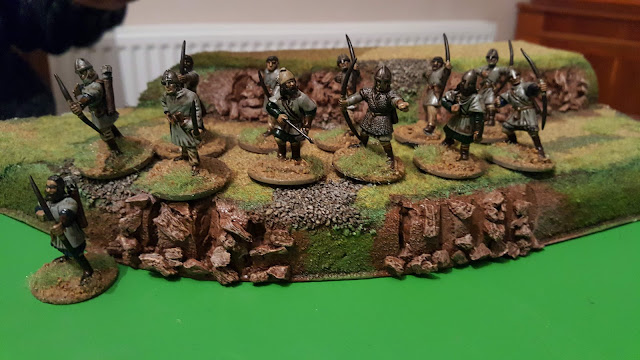 After the first turn this is how the Irish were positioned, heading for the large wood in the centre of the field. Picking up some fatigue on the way. 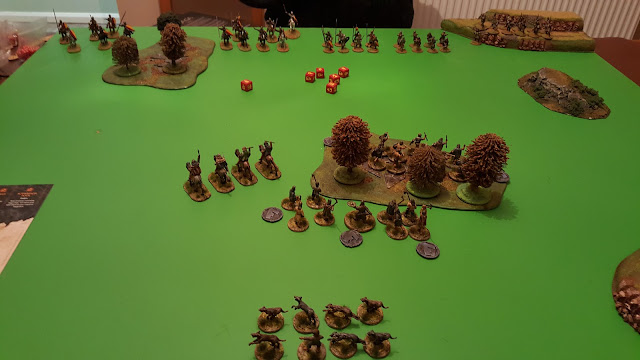 In the picture below you may have seen a unit of Knights seems to be missing, well one's left. The Irish used Sons of Dana to remove 5 of the 6 that were there. I was very lucky. 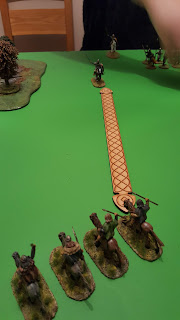 Mick checked to see if the Irish on horse could charge the last one, it was very close. 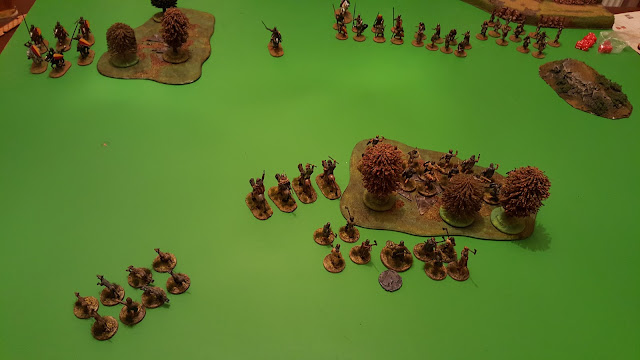 I was hoping to bait the other unit of knights using my mounted Fianna and the dogs. 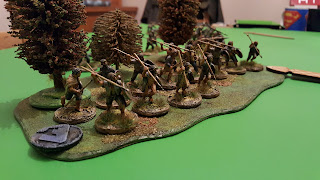 The Irish warriors from the front in the woods. 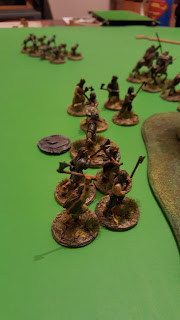 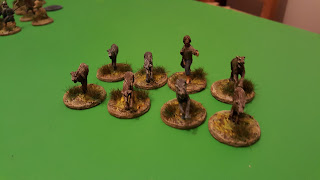 The dogs being wrongly used against Norman Knights, there were plenty of archers to have a go at but no cover to use. 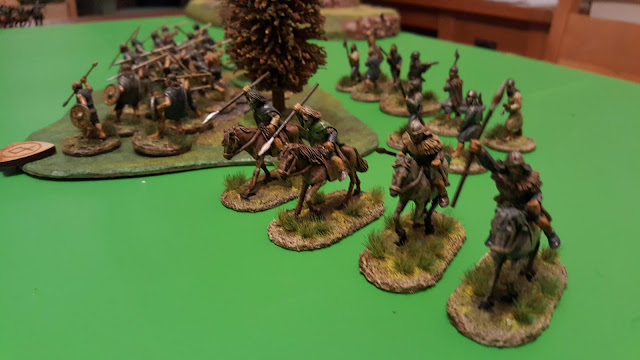 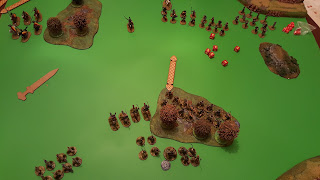 The second Norman Knight unit shimmied about the wood after what had happened to the last Knights who loitered there. 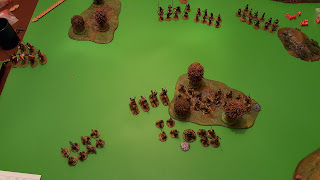 The Irish held the line and rested. 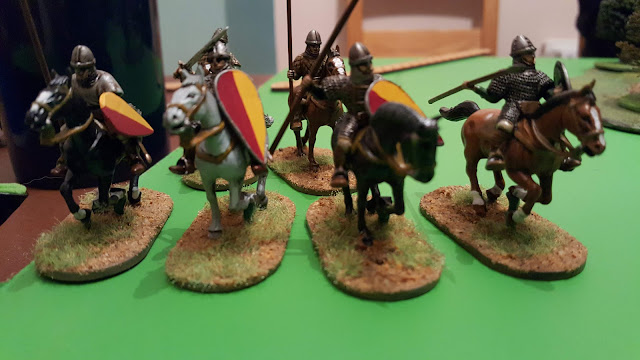 Mick's Knights charged the Dogs between these two pictures and killed half of them for 1 loss. 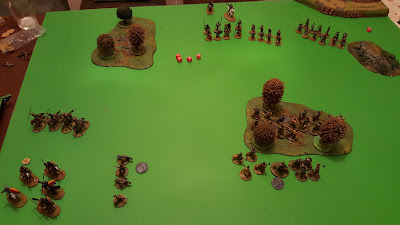 Thought I was in a promising position at this point and that I had a chance with the Knights. 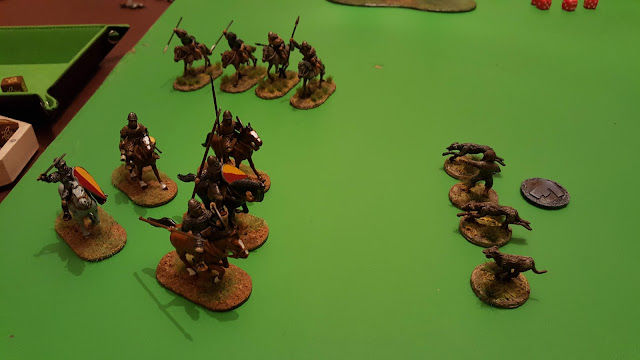 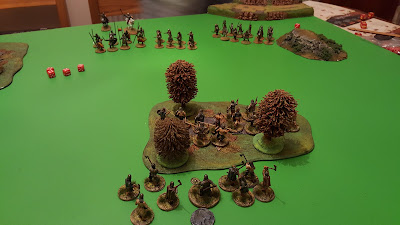 The rest of the army hunkered down round the wood. 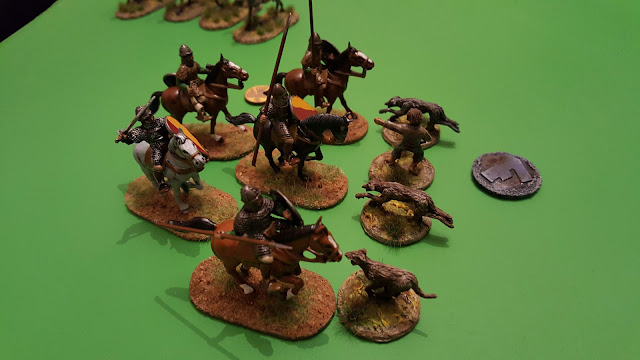 This is where I got to understand just how nasty Norman Knights were. First the dogs were defeated then 3 of the 4 Irish Fianna were slaughtered. 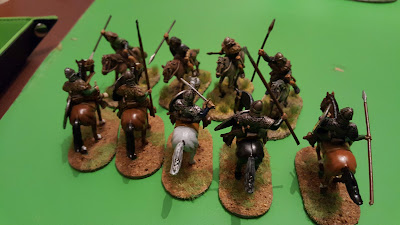 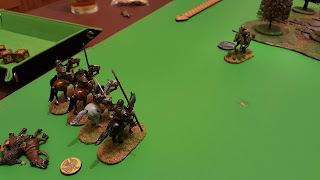 That was my left flank wide open. 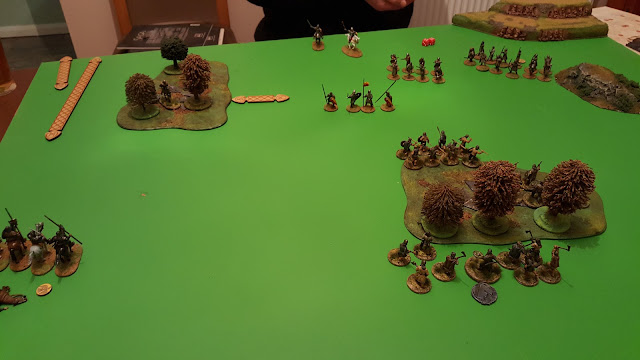 In the centre though my warriors with Javelins took the opportunity to attach the Norman foot Knights who had ventured too far forward. 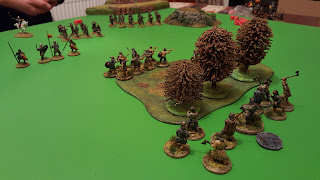 Four were skewered the first turn and then another four in the next combat, again I was very lucky to only lose 5 models. 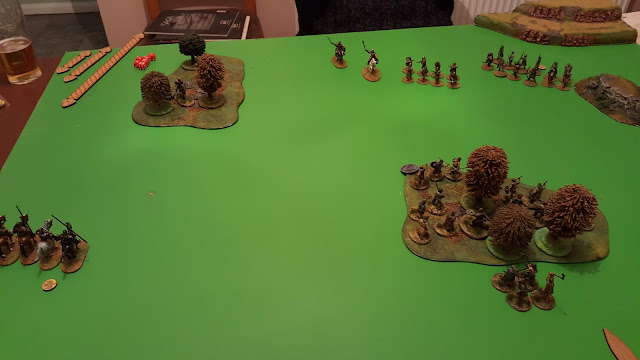 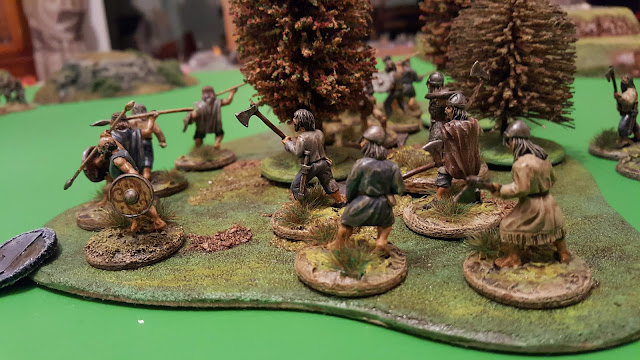 At this point my Irish huddled together in the woods and waited to see what Mick's Normans would do. 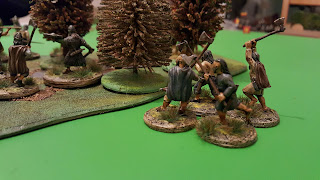 They decided it was late in the day and that they didn't want to take any more losses so the game was called a draw. 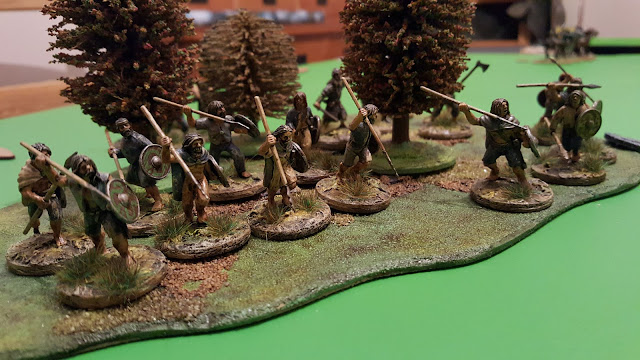 I was more than happy with that, being the first time I had played with the Irish, hopefully we will get another game in soon.
It was a fun game and completely different for both of us getting to grips with new boards and tactics. Not like the Vikings at all.