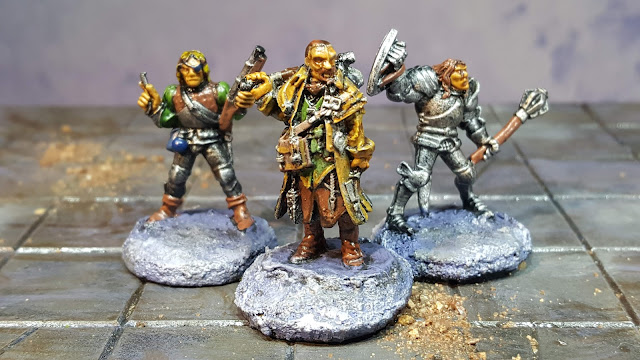 The last shots of the individual characters now and a bit of an odd bunch to end with really. The fella with the mace is fair enough, but never sure about muskets in fantasy games. Even my dwarf army doesn't have any guns in it, even cannons.
The guy at the front maybe missing parts as it was he who felt the full brunt of the "cat attack" and while he looked like bits were missing I could not find them nor think what he looked like originally, oh well. 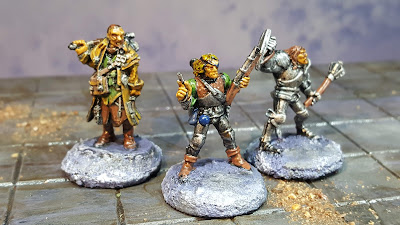 Next post will be the final challenge post with some group shots to finish them off and perhaps a comment about how they have been received by Tom's gaming group. 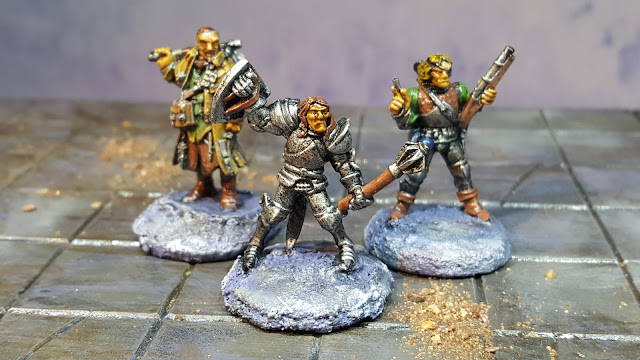