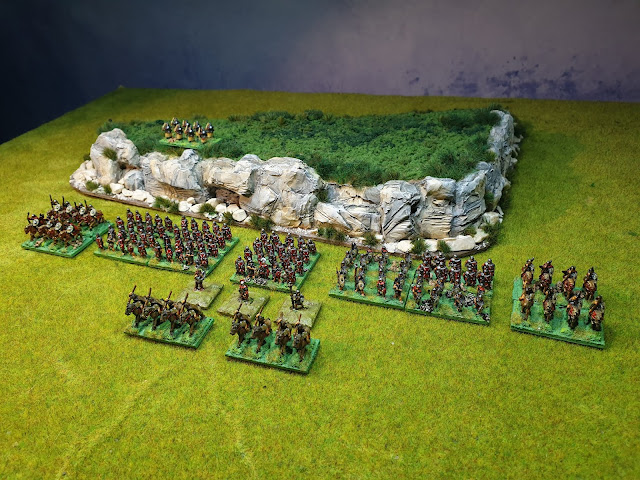 About a year ago I played a series of solo Warmaster games between Romans and Ancient Britons.
Warmaster was quite a fiddly game to play solo and I kept getting lost as to who's turn was who's. 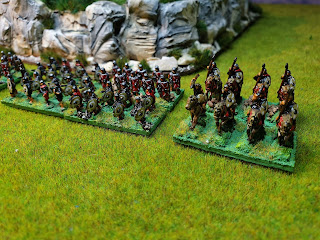 So I am going to have another go, but this time use Kings of War Historical as the rules base. More straight forward to play as only the acting player rolls any dice. I've play tested a couple of skirmishes and am happy to have a go. 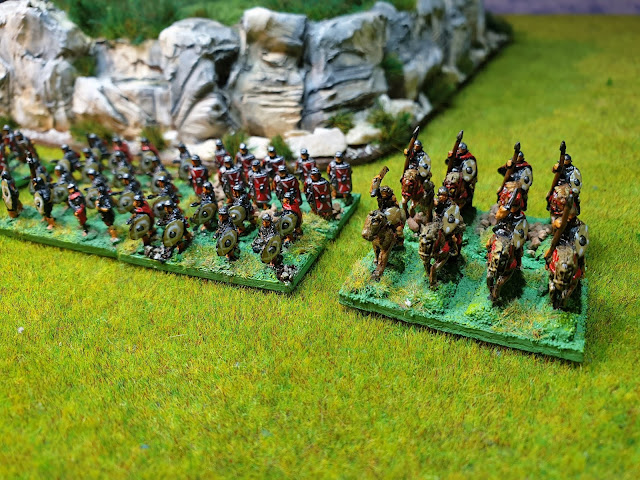 As a result here is my 1400 point KOW historical Roman Army, which I will be adding too as the games go on. 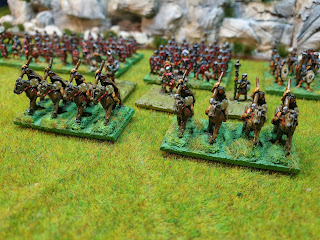 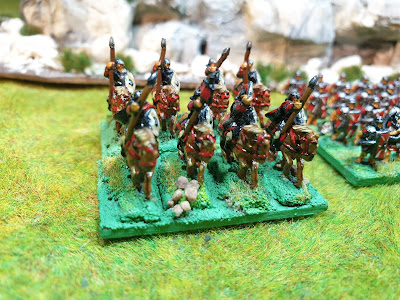 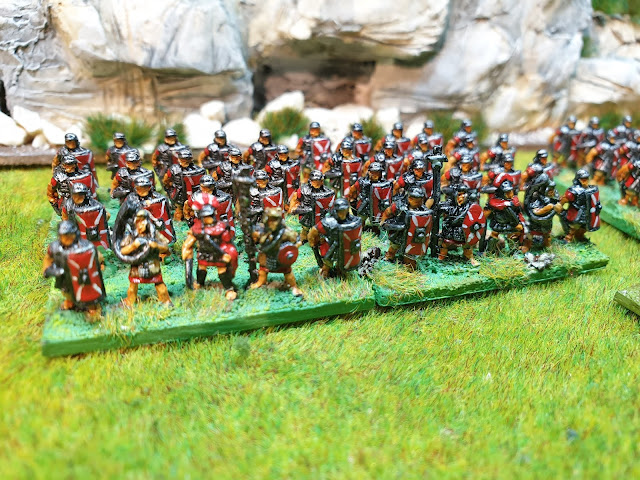 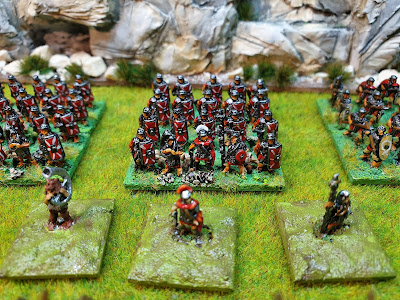 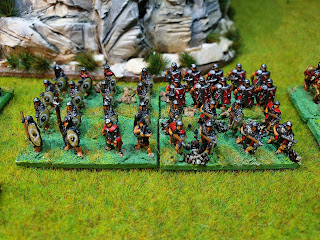 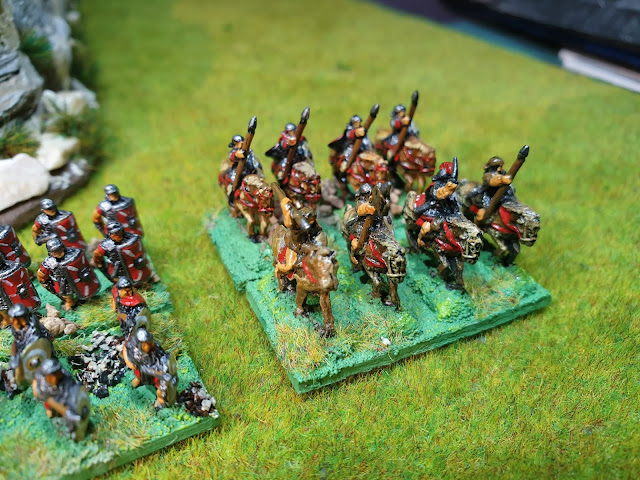 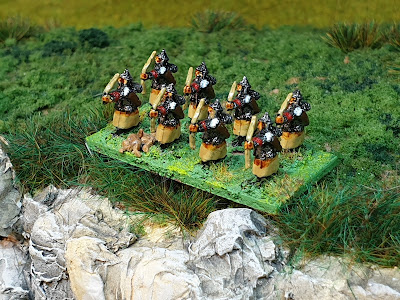 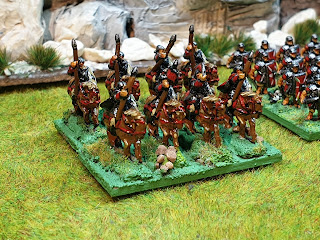 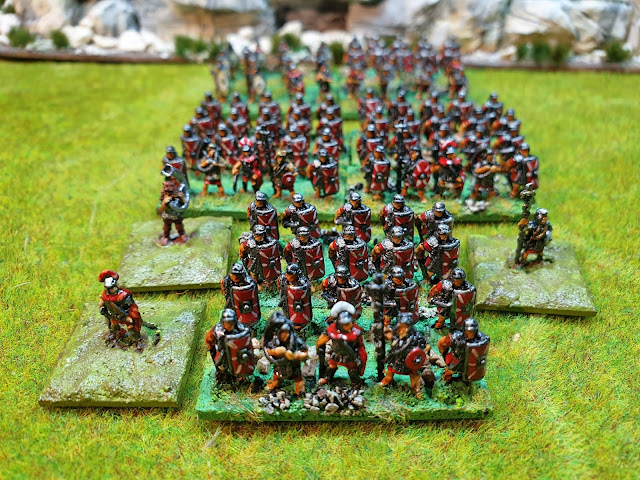 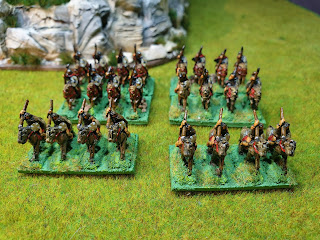 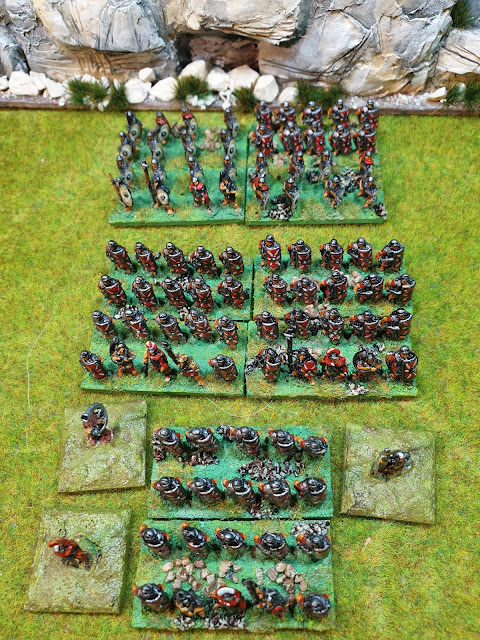 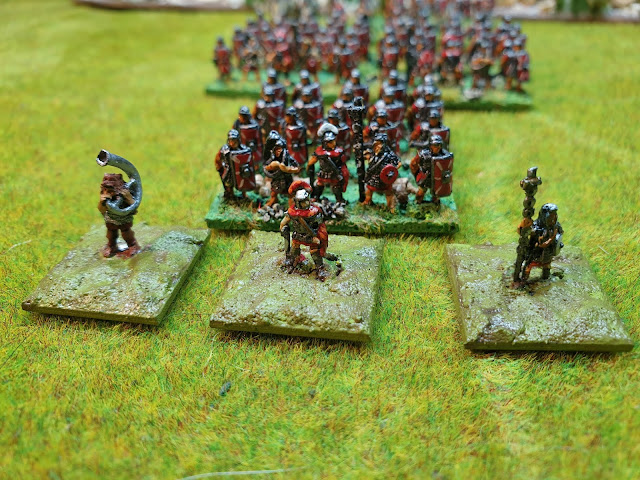 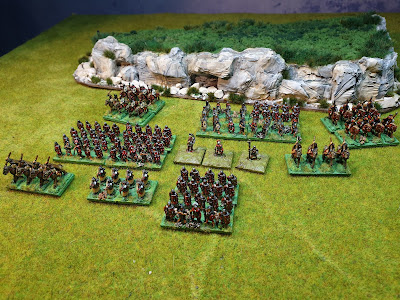 I am going to paint a stand of troops because one of the Warrior units is a mix of troop types. So this lot below are the first painting I have to do.

The big thing I have to do is to draw the army together by making the basing the same, its all over the shop currently. 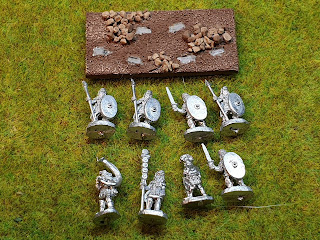 These are Pendraken Romans, very nice.

Will be posting the Britons in the next few days and then I will be playing a solo battle between the two.