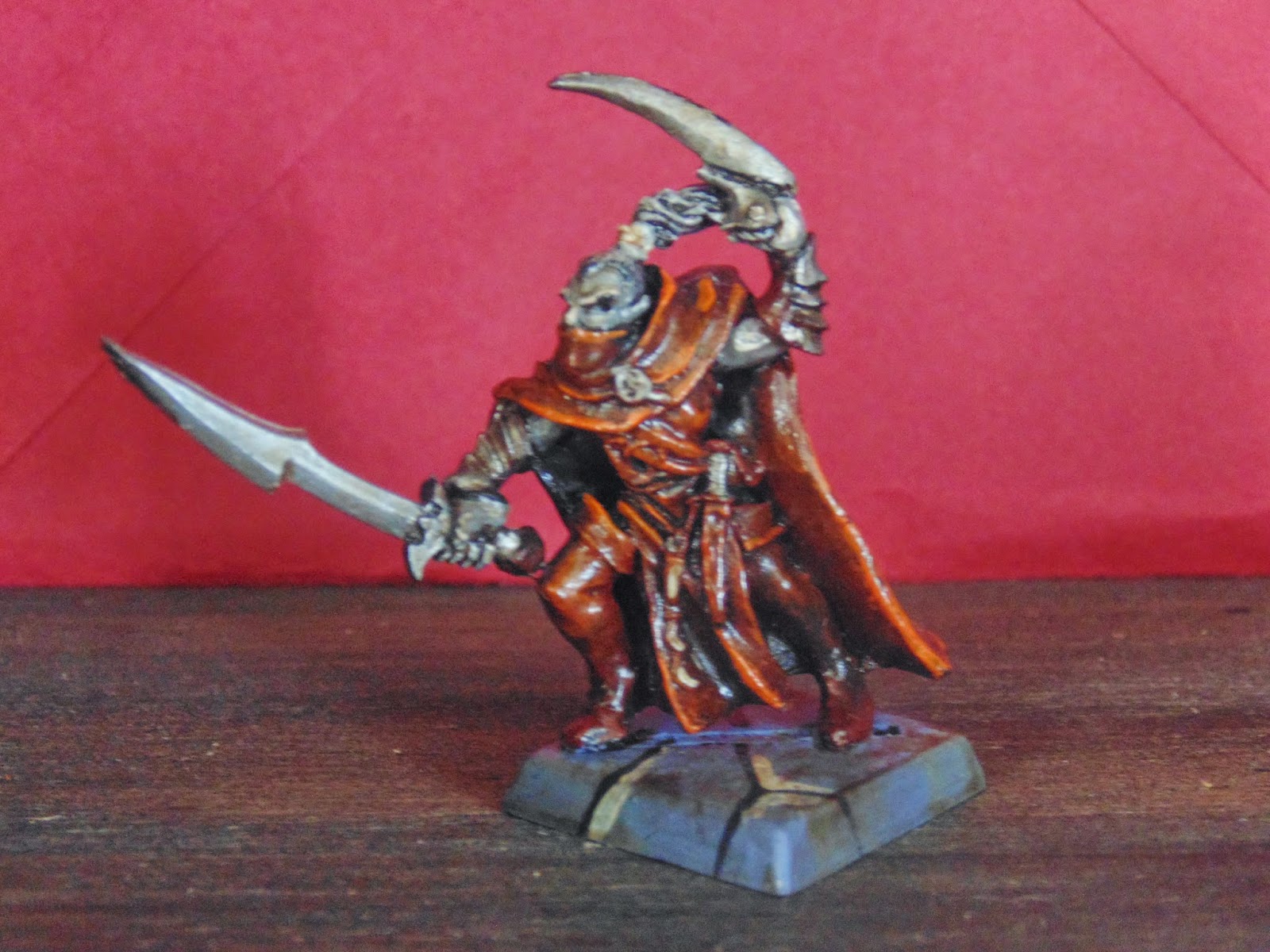 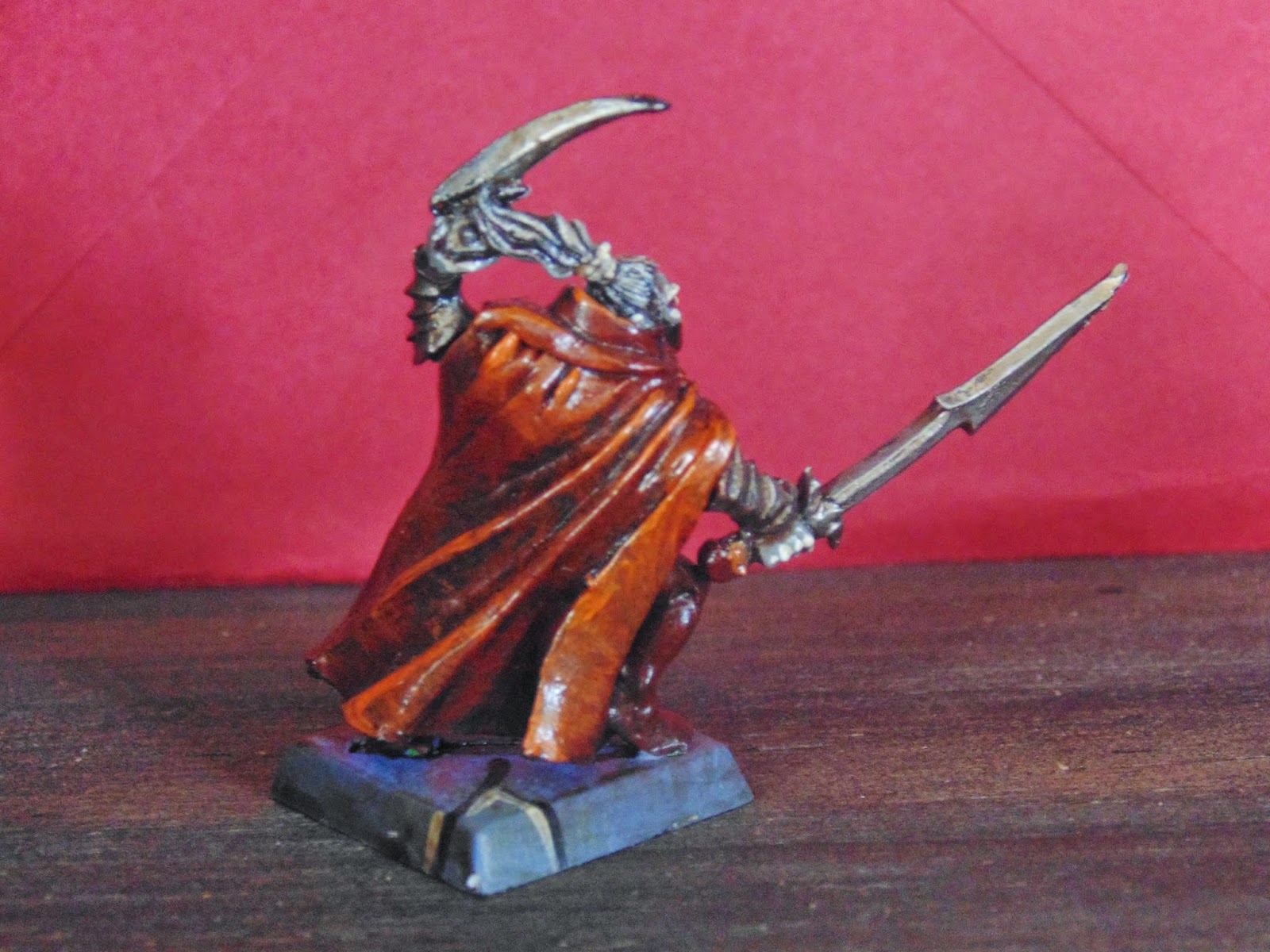 Tactical/Background
Azzraela is the backbone of the group along with Bill. He and Bill both move at the same time, but Azzraela just before Bill, he is a Dark Elf after all! Azzraela is often the group member who manages to pull that extra wound out of nowhere and kills the monster just about to clobber the party. Black Venom can really make a huge difference, as can his Assassinate skill. His biggest drawback is his lack of protection which means that at the moment Faroth is his protector much of the time.


I intend keeping this record updated as often as I can, adding to it as I go along.
Posted by Darryl Hunt at 09:16