This is me trying to depict a tower or castle setting in Warhammer Quest. I thought long and hard about how I would exactly portray a castle, did some drawings a long while back last year which you may remember, basically along same lines as the Wharf model. Well after I had made the Windy Wharfe I realised that making a castle along the same lines was never going to happen.

So I came up with a method of suggesting a tower/castle while still using the original Quest tiles I had made. Basically a box which separated out into three parts which could be laid on the play area and be built upon by tiles I already had.

If these pictures don't first grab you, and why should they, I hope that when they are all decked out with tiles and furniture they'll look ok.
Hence all the furious furniture building in the last two weeks. And alongside the furniture overload I've been cutting MDF and hardboard to create these platforms. 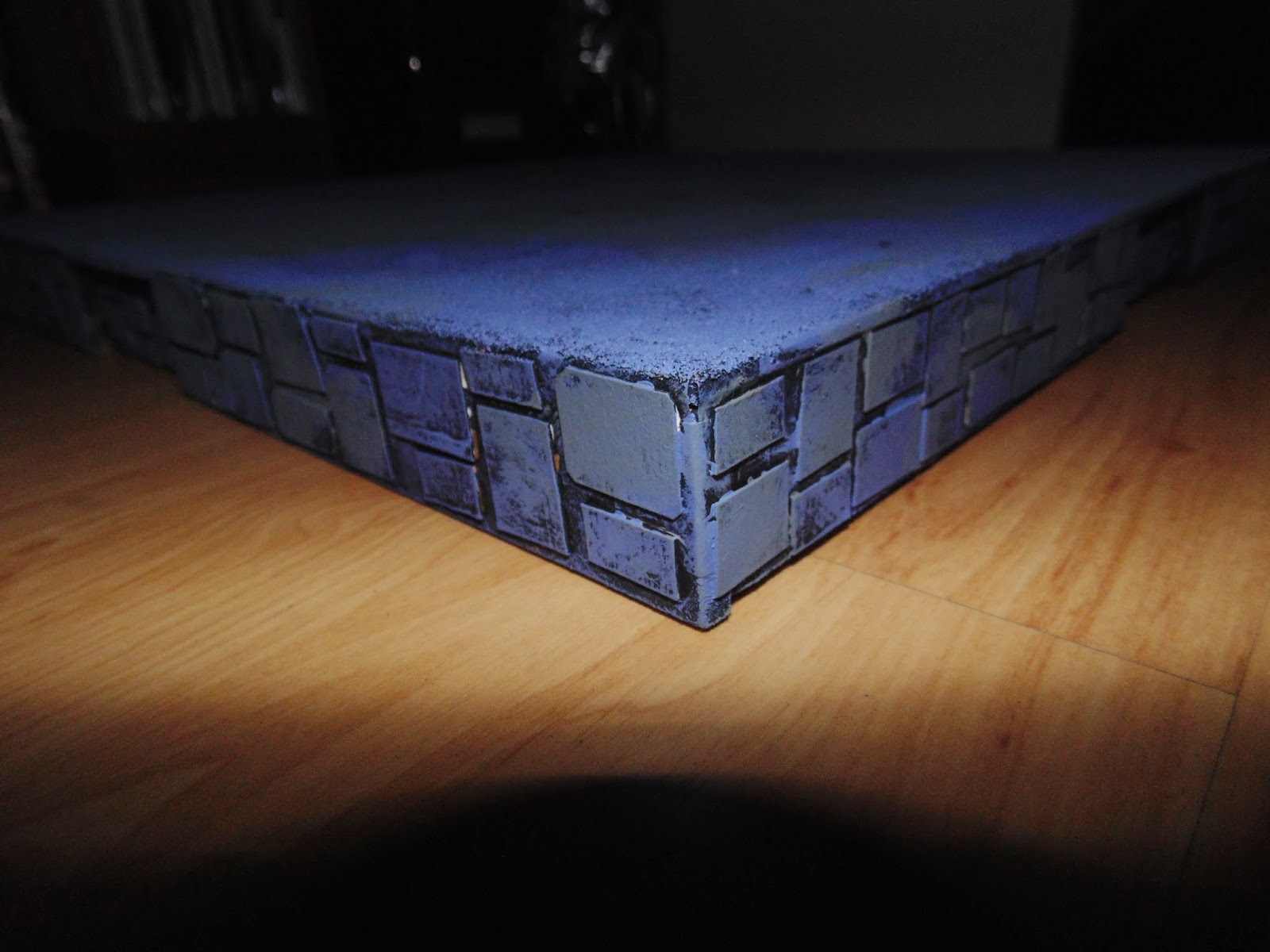 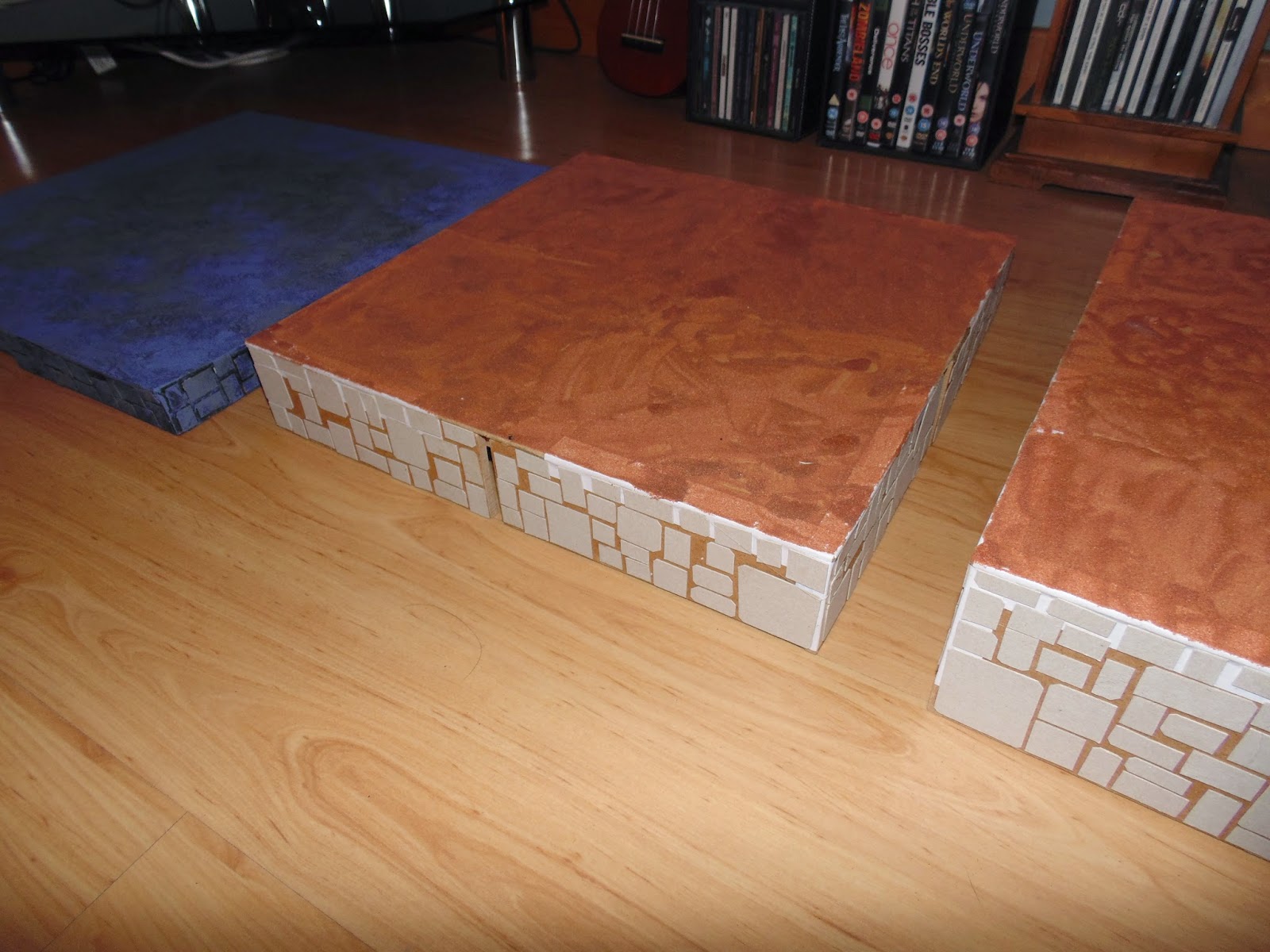 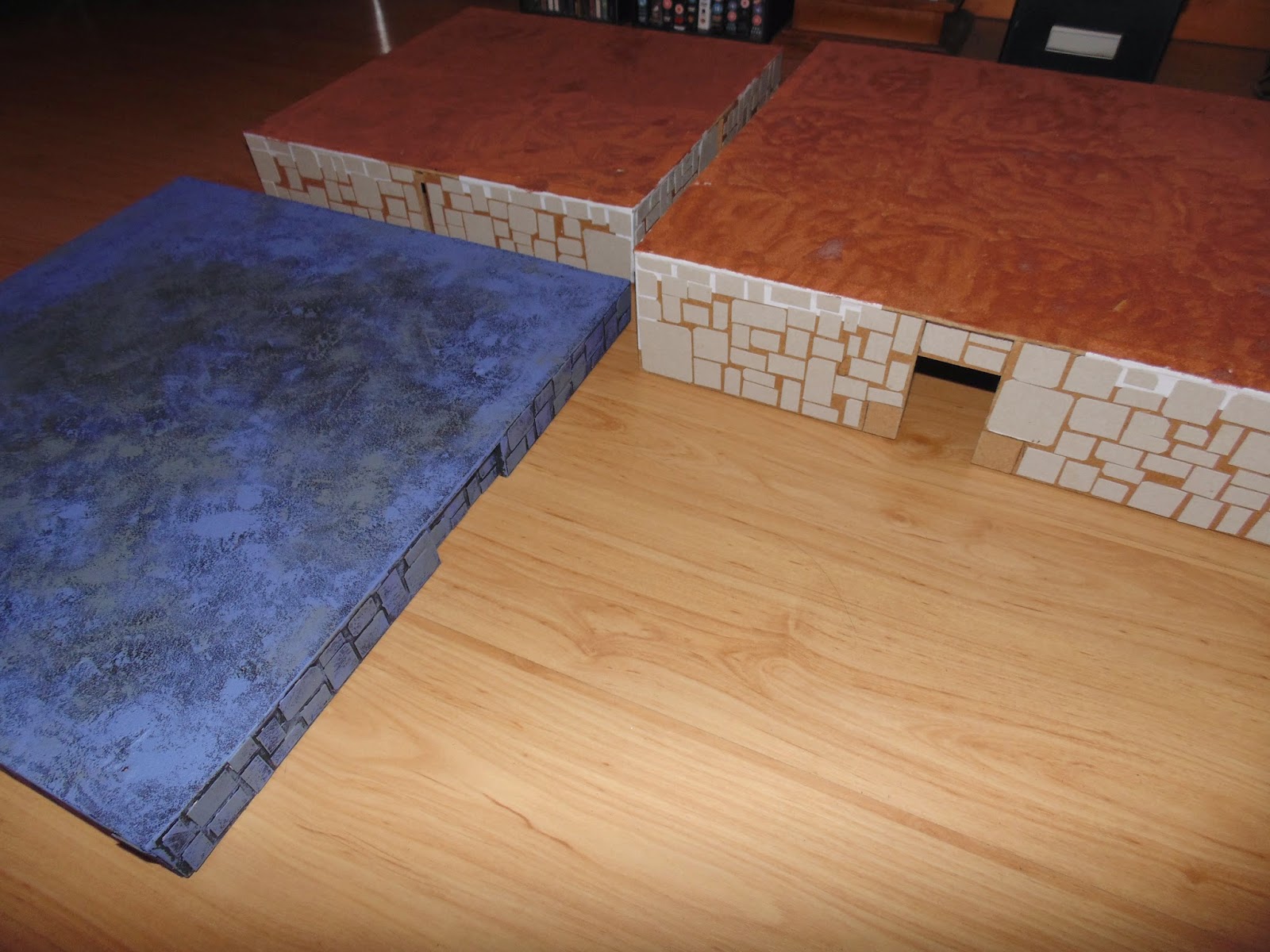 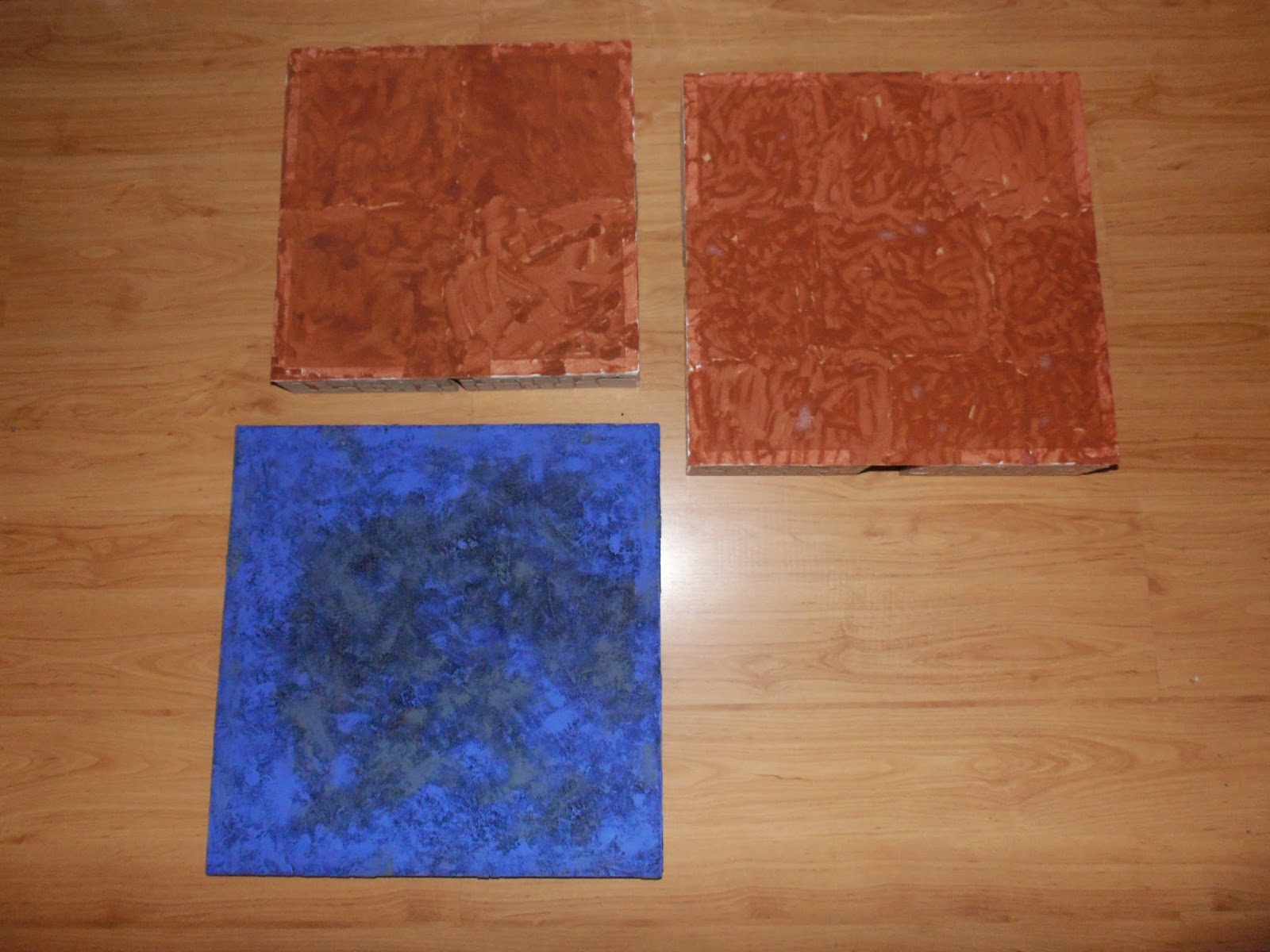 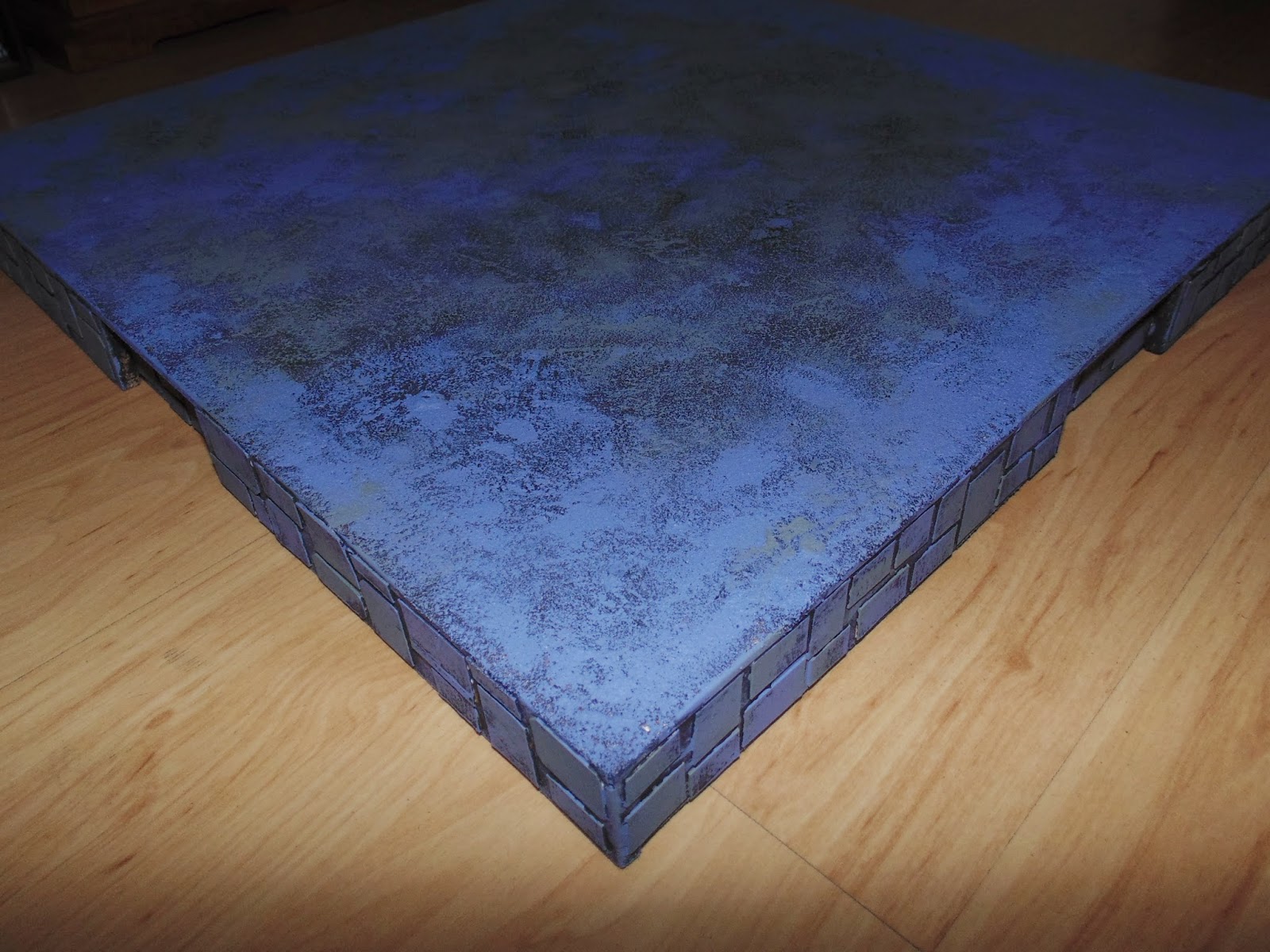 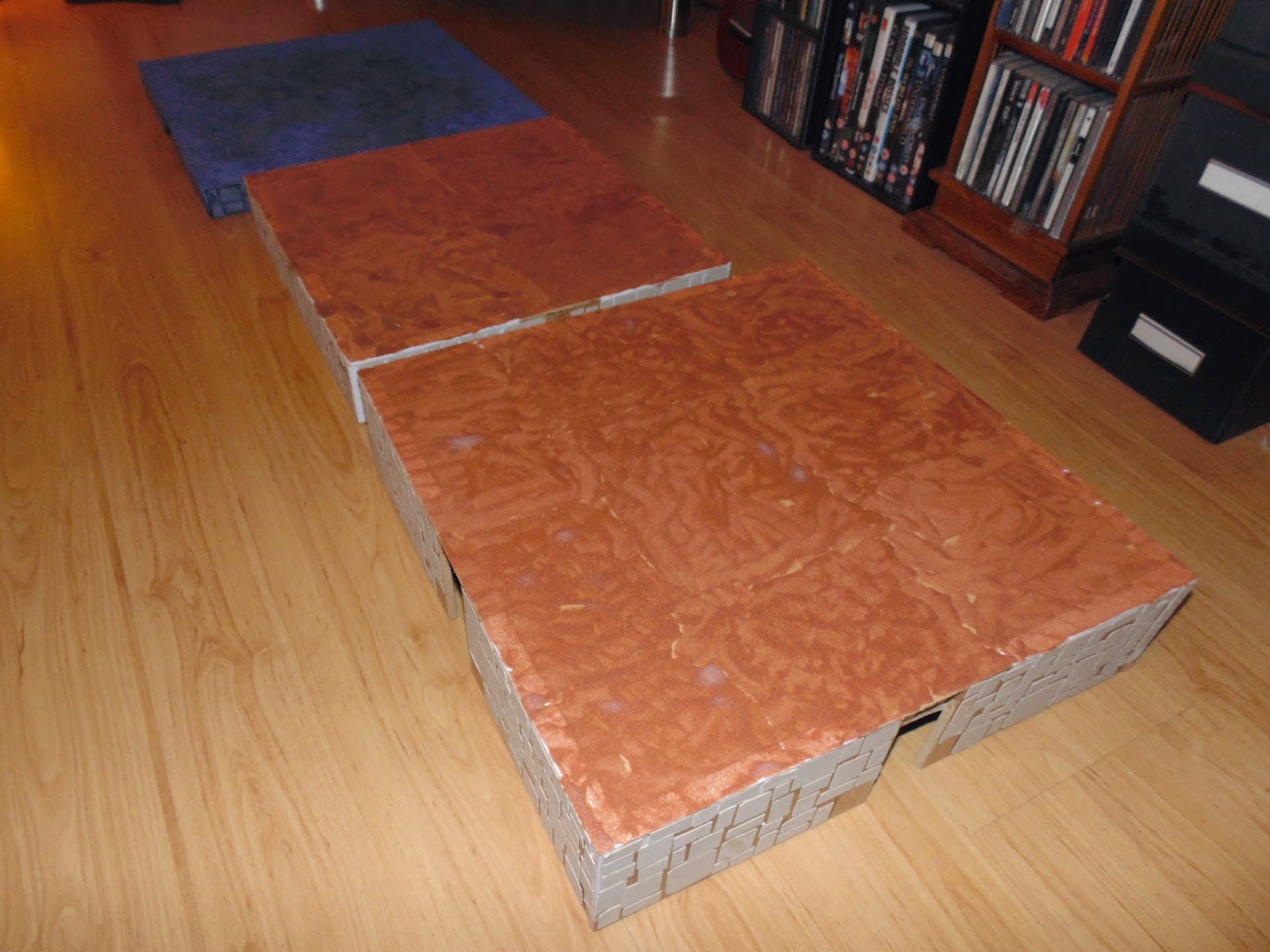 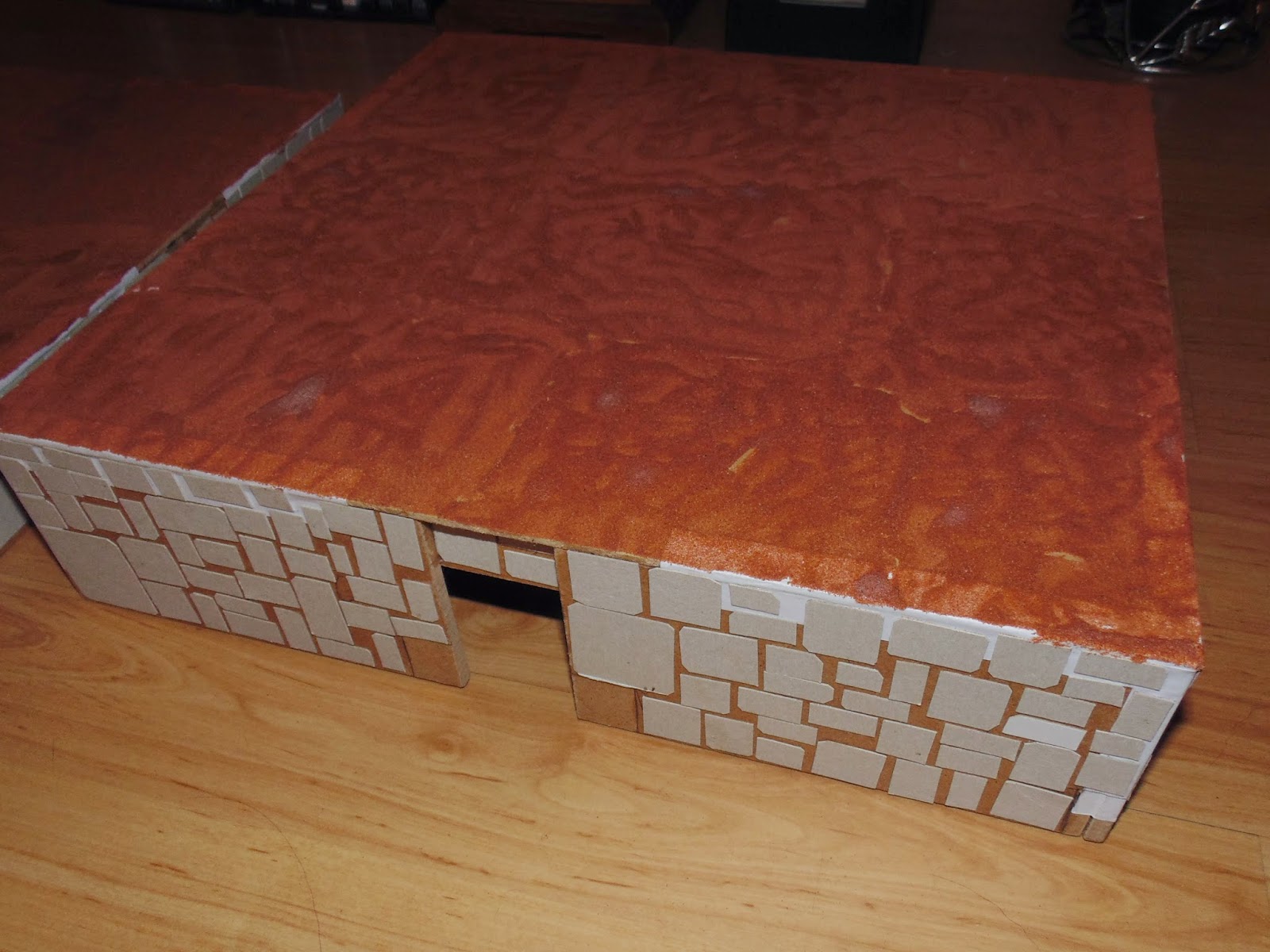 I am also thinking that I may be able to use these to give my towns and villages some height, or perhaps in WFB to mount a temple on. I would like to get a variety of uses from them. But they are also a box into which other terrain will be stored.