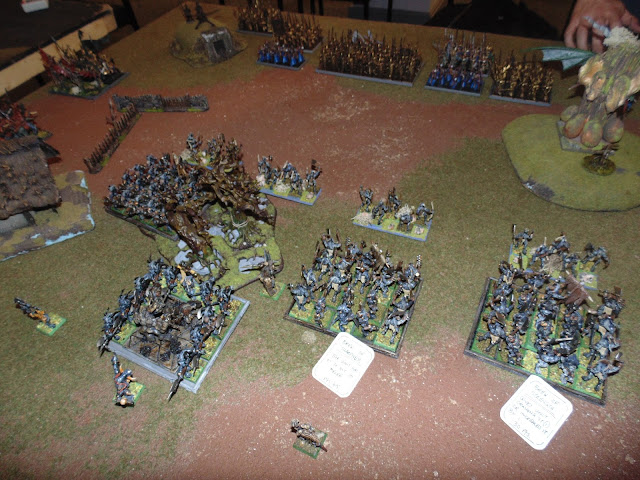 This was a 2000 point game down at WWarriors between myself and Dutch, who had never played KOW before, although he was a veteran Warhammer Fantasy player. 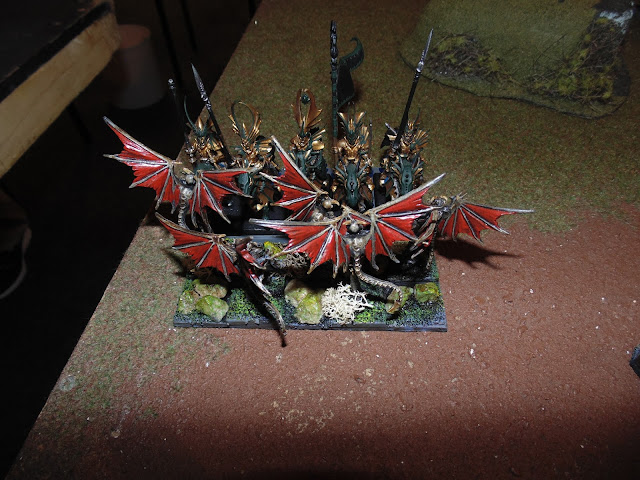 I am not going to go into every minute detail here because it was a first time game for Dutch. Here his Stormwind cav rout the Harpies. 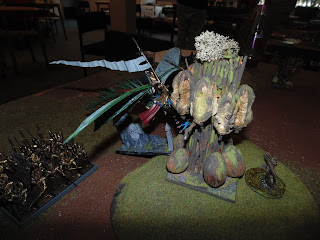 Here I placed the Great Totem very poorly, my excuse is I've never used one before. Forgot it was an engine so his Lord had trebble attacks and routed it immediately. Will have to think more carefully about how I place it next time. 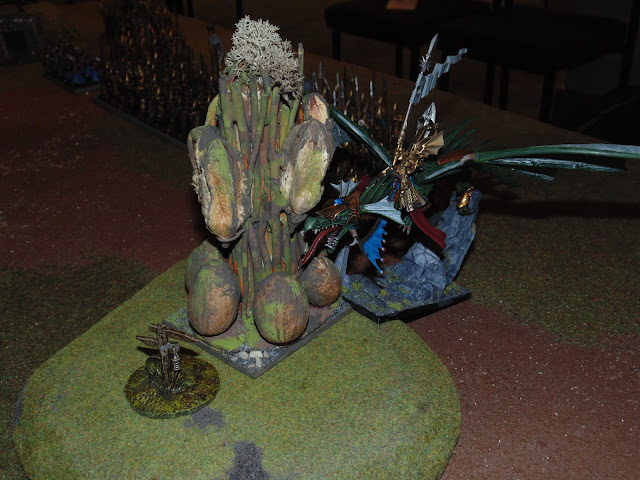 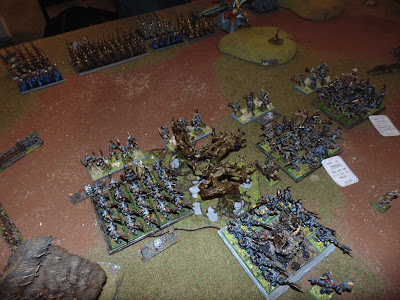 Herd surge forwad through the trees. 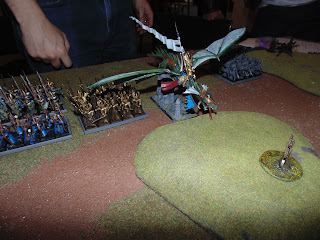 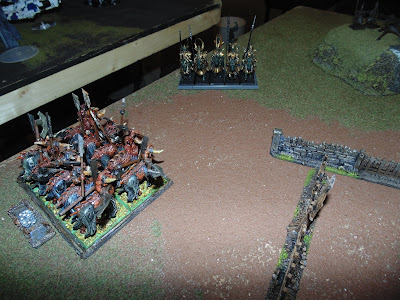 The Longmanes plough into the Stormwind cav and rout them next turn. 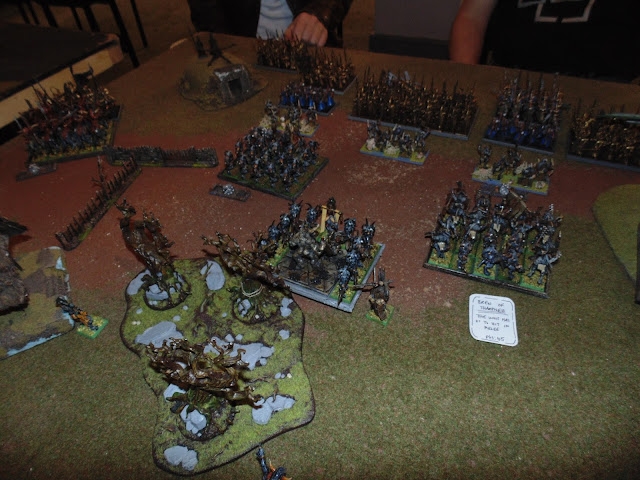 Very cleverly Dutch looked for and found some interesting angles, managing to shoot at my rear units whittling them down. The bolt throwers were very effective. 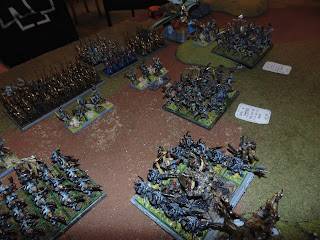 This left the troops of Hunters alive and in the way. 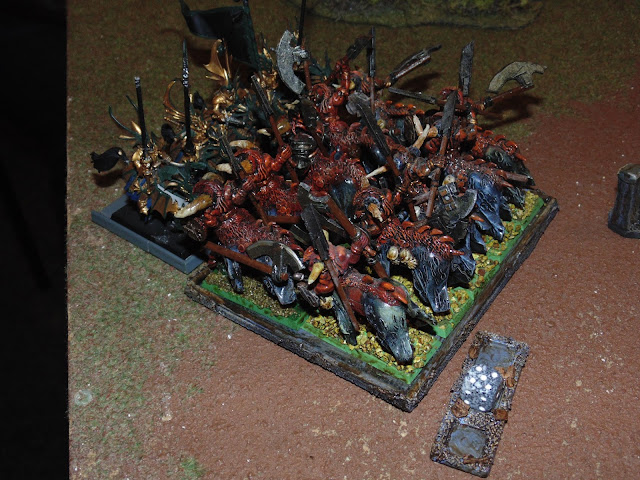 End of the stormwind cav which I hoped would allow me to eventually get a flank, not to be sadly. 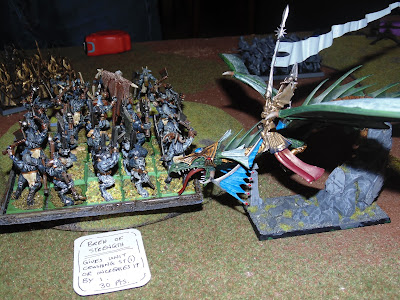 The dragon kindred lord did some breathing and also some side charges which I really should have held my Harpies in reserve to confound. 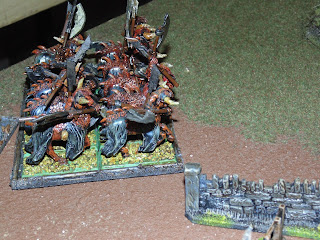 Will the Longmanes get a flank? 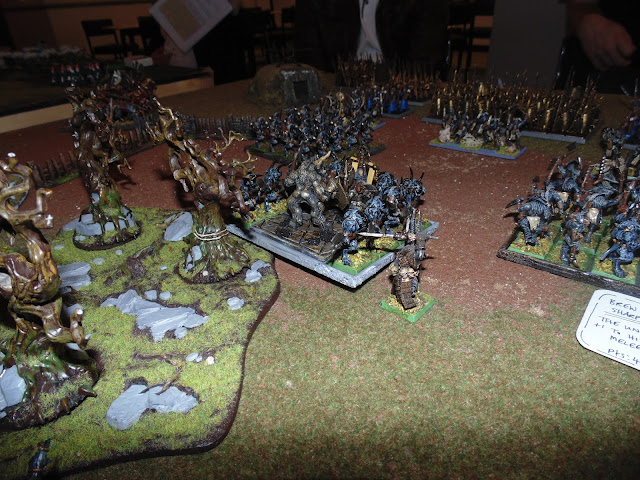 I was feeling outgunned and outnumbered in the centre. 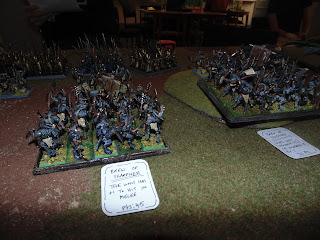 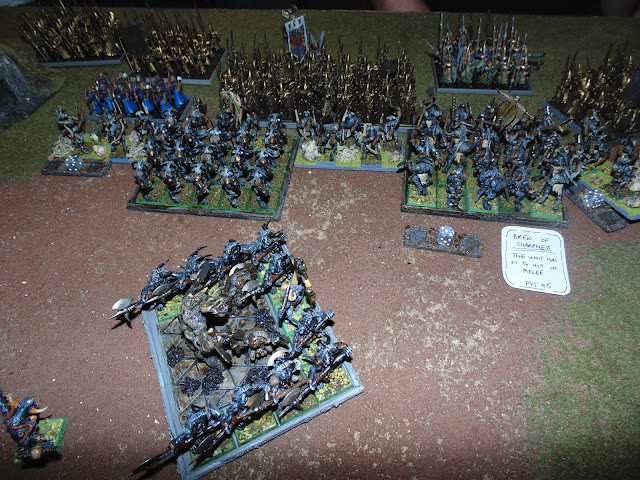 Love this shot, Dutch's elves although in development look smashing 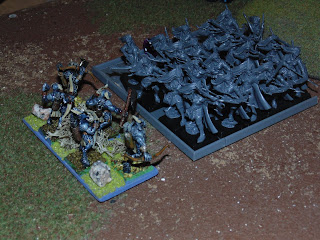 Hunters get a flank, but can they hit a barn door? 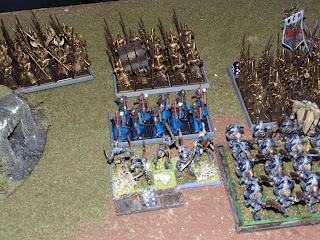 The herd held in place very nicely by elven units and flanked by the Lord. 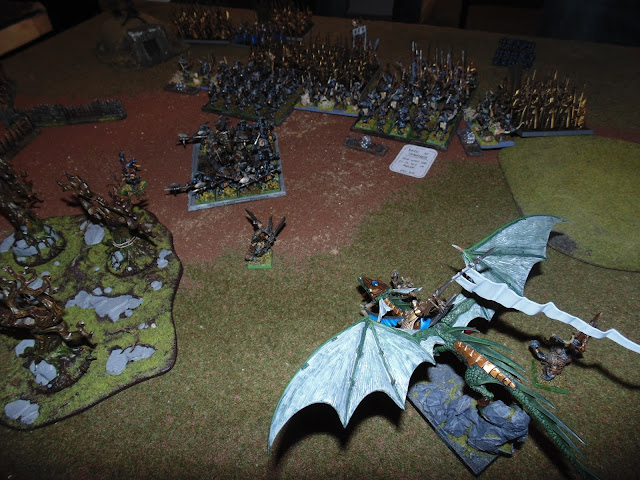 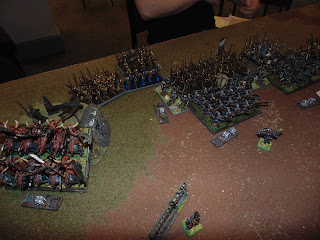 The Longmanes hit the bolt thrower, should be able to rout them, 48 attacks!! 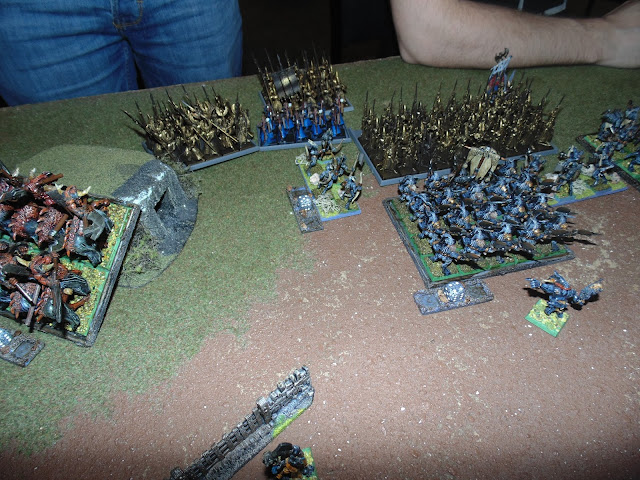 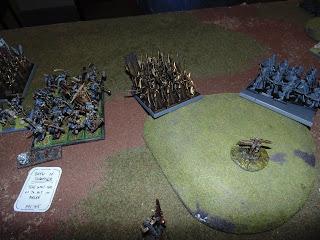 But the Hunters are routed and one unit of spirit walkers are about to be charged by the Palace Guard, not good. 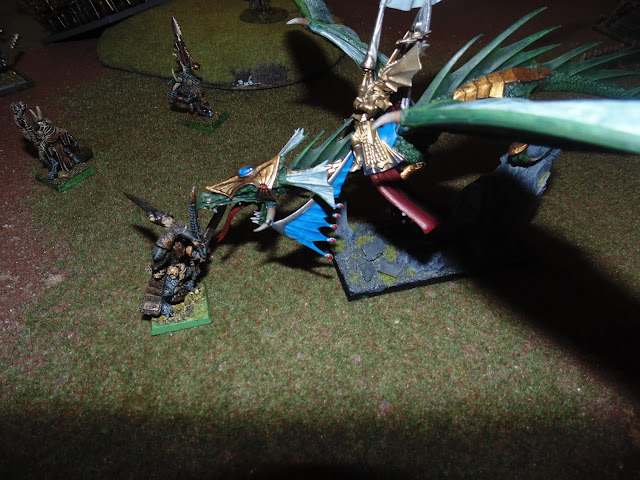 The kindred Dragon lordmoves into the rear of the Herd lines, is that a death knell I can hear? 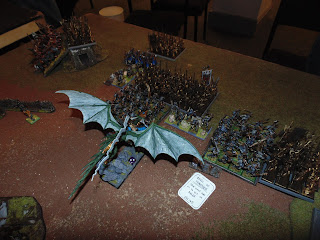 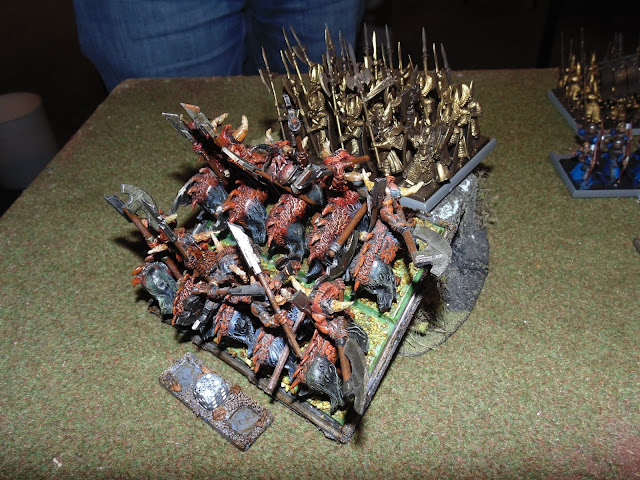 The Palace Guard end the Longmanes trog down the left flank. 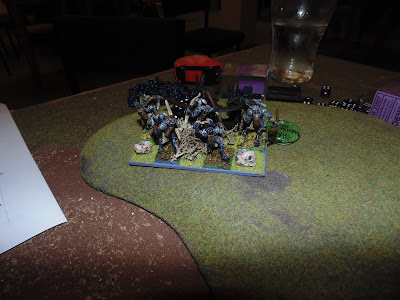 A Hunter troop despatch the other bolt thrower. Perhaps I should have done this earlier. 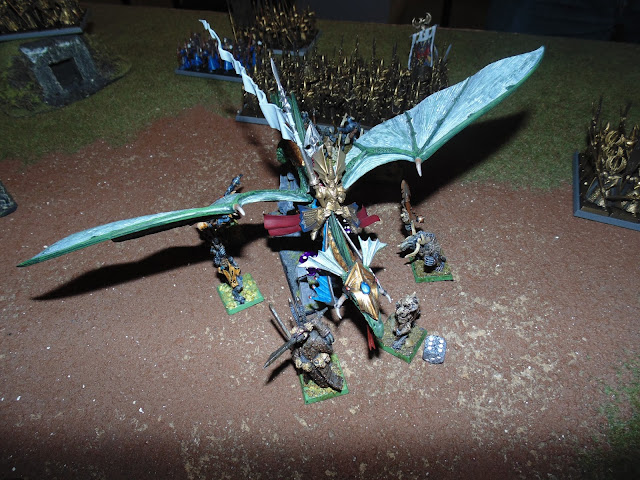 At the very last my 4 shaman and Lord all charged the Dragon Lord and bounced to a man/beast.

Firstly my main objective of introducing Dutch to the game was a thorough success, he loved it.
For me that was what the game was all about, we had ashaming game, very enjoyable.

I learnt some things about my new Herd army:
That all beastmen armies will take some hard thinking about and tactics developing in order to win.
Many of my units are wrongly based.
I may have too many characters. And that I should have had them right at the front at the start of the game, also that I should have marched them first turn to keep them near the troops they were supposed to support.
That I should have held the harpies back or used them to attack the bolt throwers much earlier.
The great totem was badly placed and a complete waste of time, will have to place where? Well away from flyers, not too close to the enemy lines but close enough to be actually useful.