I bought this model back in February, I believe, from The Outpost in Sheffield, I was attending a Kings of War tournament and had intended getting a Dead Pool model but since they didn't have one I opted for Cap instead. Having read The Avengers comics since 1970 it seemed only right to get Cap just as a keep sake at the time. 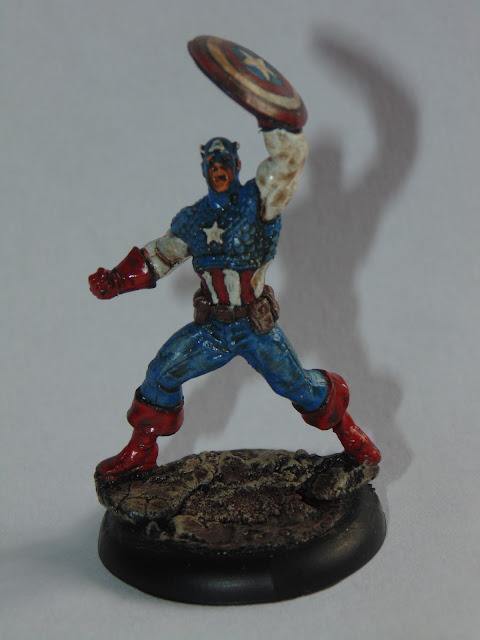 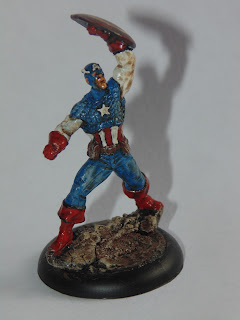 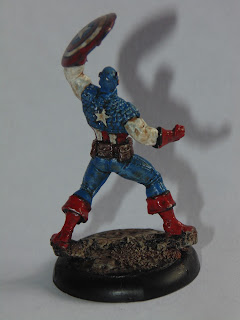 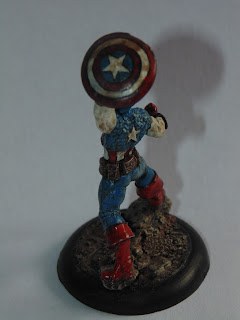 However I then became aware of the actual game, Marvel Universe Miniatures Game, MUMG for short. Having watched several reports on You Tube now I have to say that I fancy having a go at a game. As it stands at the moment I am going to buy Sabretooth to have a grapple with Cap and see how it goes from there.

Got to say that while I quite like the combat system I will have to develop story lines and a campaign, even if its a solo game because otherwise hitting folk for no particular reason could become a little boring. But that's for the future.
Posted by Darryl Hunt at 03:34