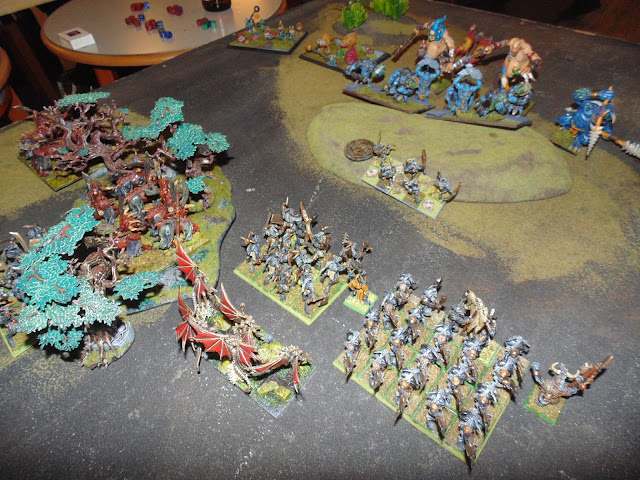 Down at the WWarriors club last night playing Lee with his Goblin army. We played the Loot scenario, hence the 3 evenly spaced markers on the table that we were meant to pick up. Not many photos, partly because I took only a few and partly because the ones I took came out poorly. 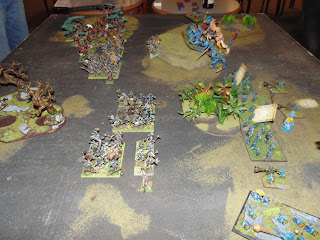 So no big run down of events, just a few observations of the game. 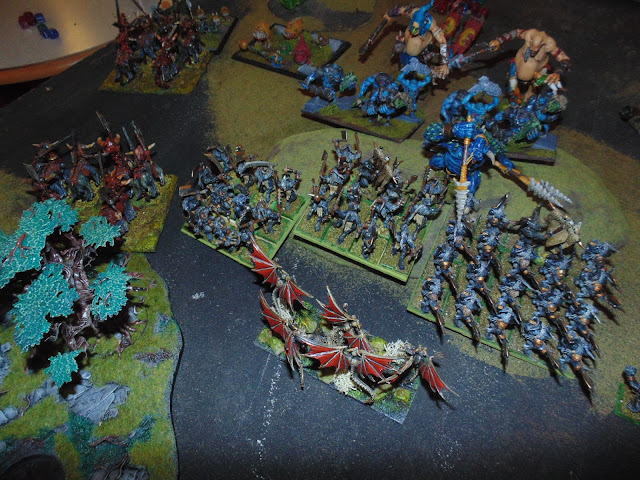 I played with a very horde type army, lots of troops, only a few minor characters and only one magic item. 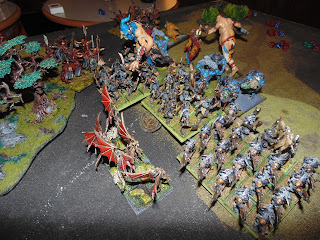 Most of the action centred around the left flank where I struggled to kill off any of Lee's troops. His combo of giants and trolls worked very nicely.They very succinctly destroyed my Spirit walkers and longhorns in short order. My furthest unit of centaurs had struck out and routed a regiment of magwans, but they were then routed themselves by Lee's second magwan unit. 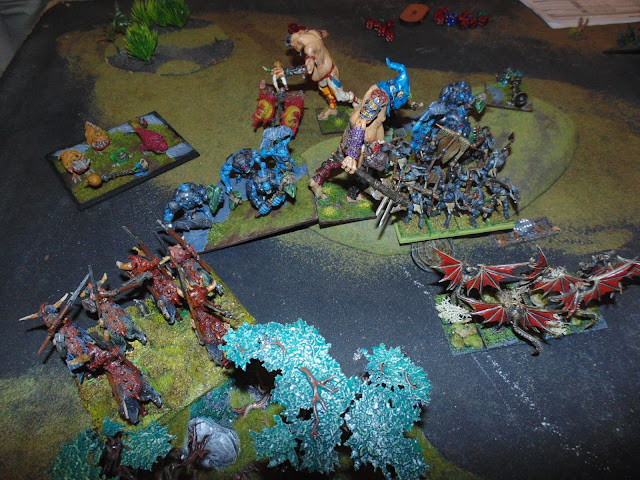 I felt that my herd really failed to bring enough, "Hulk smash", to the combat to be honest, poor dice rolls and poor combos meant It was difficult to get the combats I wanted. But I really didn't have the clobber to pull off effective combats. 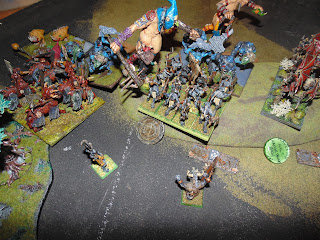 On the far side, right flank, while I did manage to rout a horde of rabble and kill off a couple of war trombones, they really did for me with the help of 2 hordes of goblin archers. 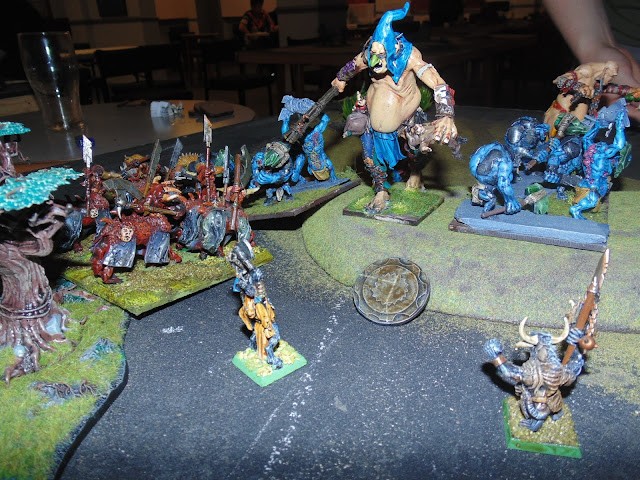 It was a good win for Lee and his goblins and has left me thinking how I can combat his units that work so nicely together. He made the point that if I had flown my harpies up in his trombones face. (do they have faces?) then he would have had to deal with them rather than anything else and the other point he made was that my hunter units could have vanguarded right onto the objectives, first turn, and that may have changed the way he had to play.
Play to the objectives, not just killing stuff! I think not playing much recently has blunted my "edge", (not the U2 guitarist.)
So well done Lee a good game which I really enjoyed and as Lee said it was a thinking persons game, there was lots of head scratching and forehead knuckling, (if that is indeed a verb.)