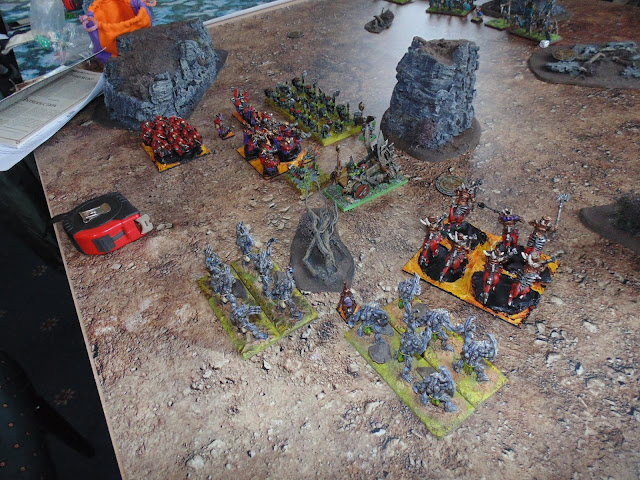 How did me and Ian do? Well not brilliantly but at least not last which is what I had predicted. We came in 14th out of 17 pairs, which was a fair position. We lost 2 games and won the middle game. 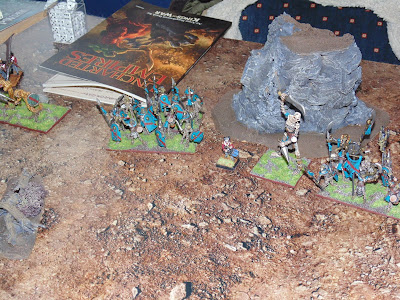 Honour guard and mummies were very difficult to deal with in this and the last game. Ian did a great job in the centre field holding back the mummies but we could not reach enough of the objective markers and so lost. 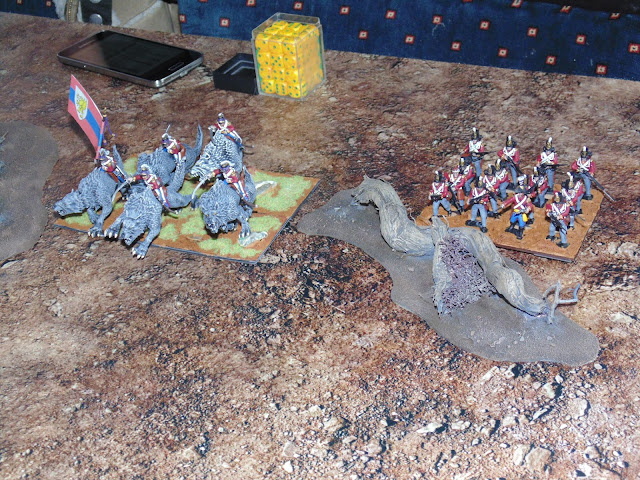 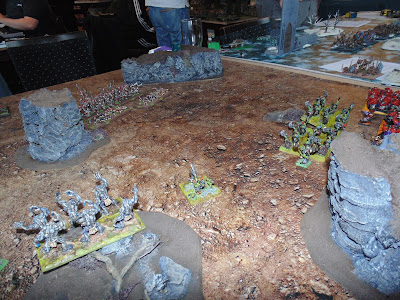 Despite losing the Halfbreeds to shooting this game very much went our way. We managed to get into the oppositions half of the table with most of our army intact and won. 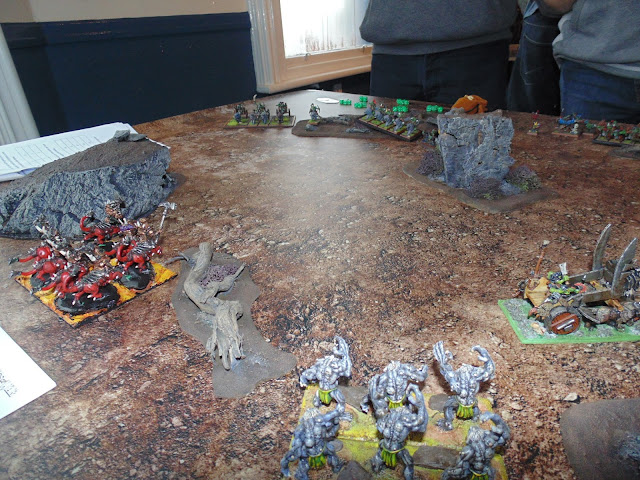 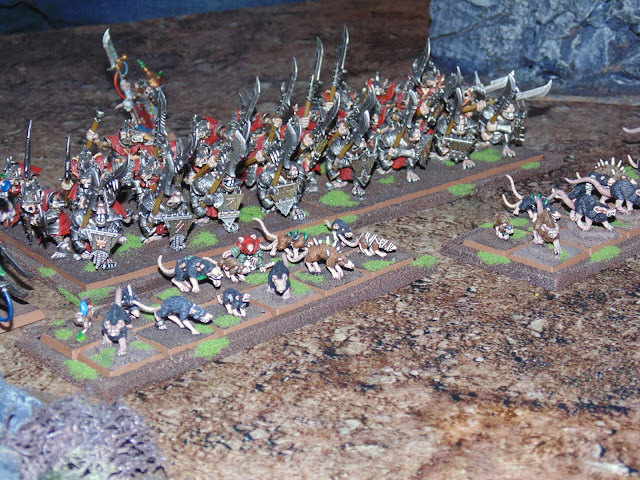 Our main worry, the Shock troops were mugged by several units and that signalled the end of the right flank.
The 2 lads we played had travelled down from Aberdeen to play, massive effort, very very impressed :-) 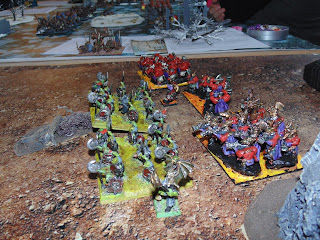 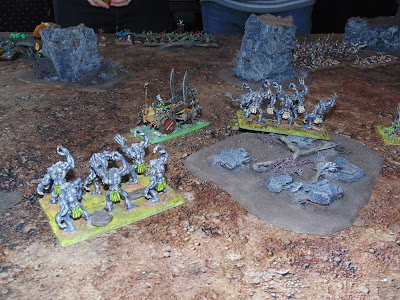 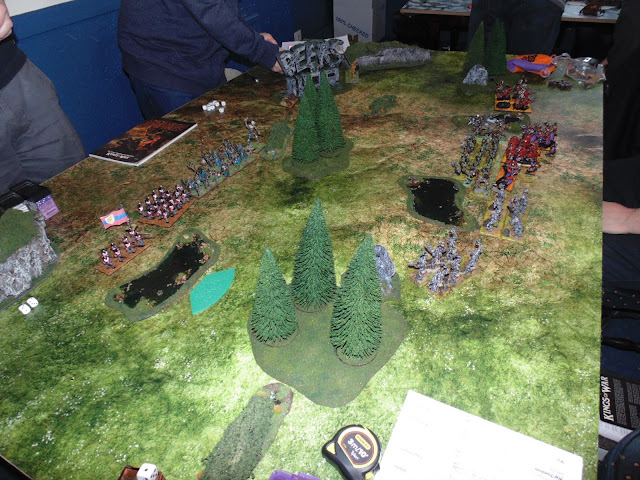 We struggled, again, against the combo's of Honour guard, mummies and a giant which saw us defeated by a good margin in this last game, well played lads :-) 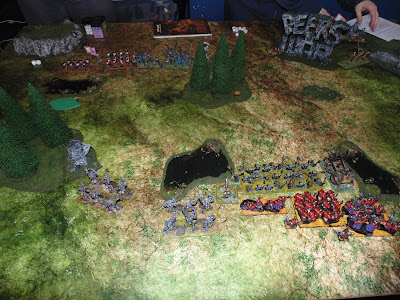 Ian, my partner for the day, did a great job when he had only played a few times before, Well done Ian :-) 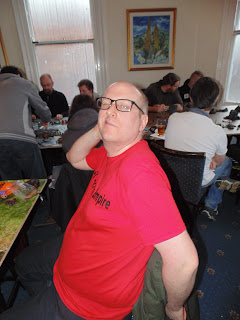 Can't state enough what a great day we had, it was loads of fun and there a smashing atmosphere pervading the whole day, that and a load of beer :-)

Email ThisBlogThis!Share to TwitterShare to FacebookShare to Pinterest
Labels: Event, Kings of War