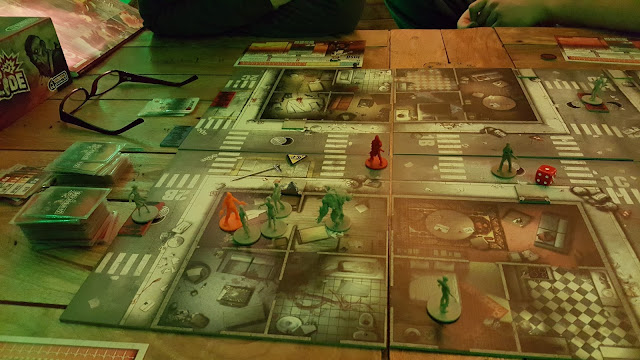 We have been playing Zombicide on and off for the last month or so and having a great time of it. We played earlier this week and again tonight. Three of us were playing again tonight, Me, Mrs Daxio and Son of Mrs Daxio. Below. Josh, slippery as ever, slips about through the walkers. 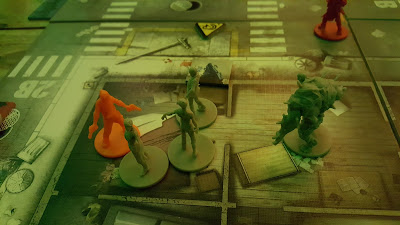 We were playing a scenario from the Zombicide website A1 Lost and found it very difficult. Mainly because an Abomination, the worst zombie available turned up which meant we had to spend the whole game avoiding it. 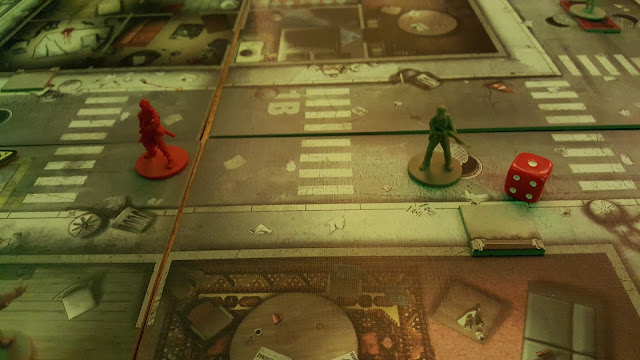 Ned and Phil go to cover the rear door, ready to search. 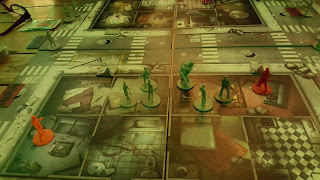 At this point we had the building we had entered under control. 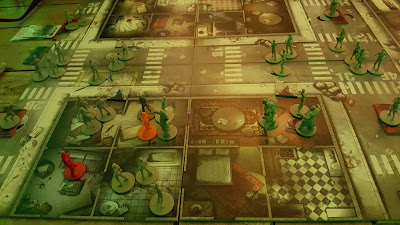 Between Josh and Phil the fatty and walker were despatched. 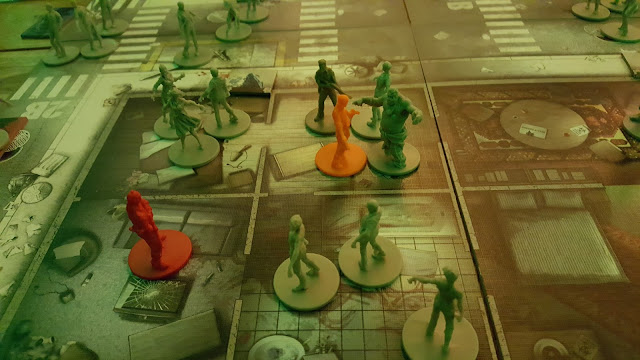 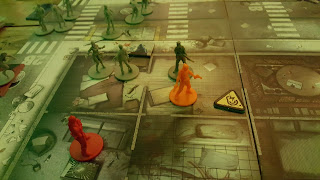 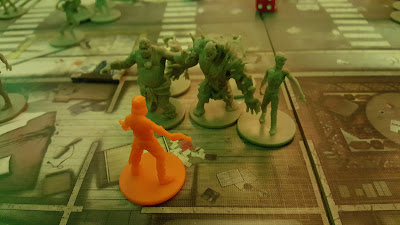 However, attracted by the noise, the Abomination gathers its forces and traps Josh. 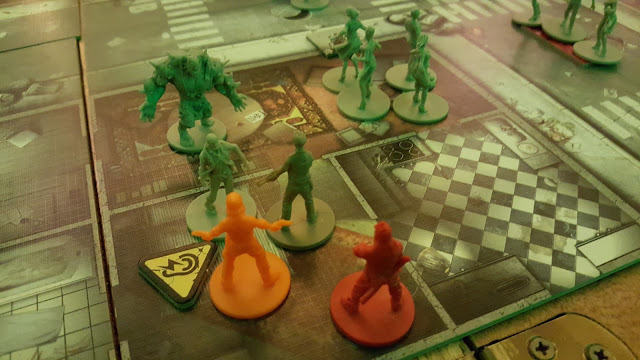 But he slips away and and sets up a killing fied with Ned and Phil. Ned had found 2 sawn off shotguns and Phil had found an SMG. 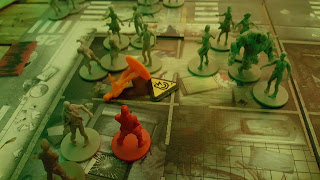 Becoming trapped in the first building, Josh had opened up with his Chainsaw and killed loads of walkers, but.... 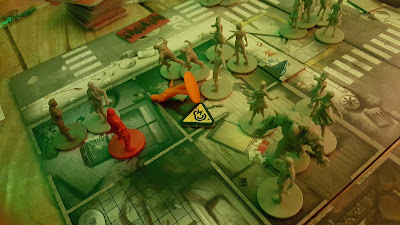 He was overrun, then we pulled this card from the deck. All walkers 1 extra turn.
We all heard the bells toll. 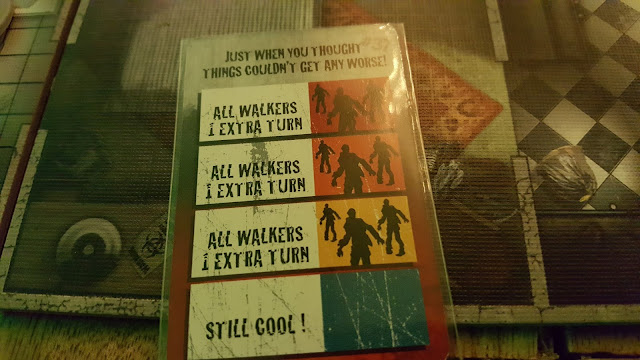 Despite Ned killing 6 walkers, Phil managed to miss all 3 of his shots wih SMG, that's 9 dice just needing 5+ and in the next turn the last 2 survivors weren't any more! 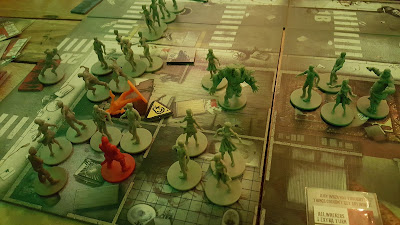 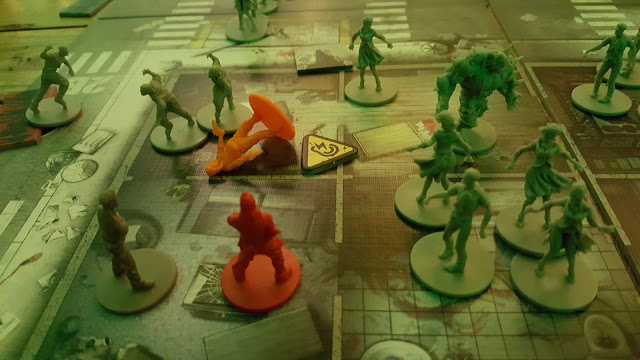 The runners did for them :-) 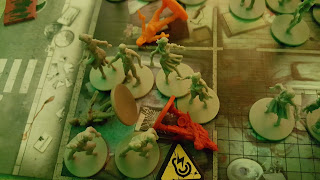 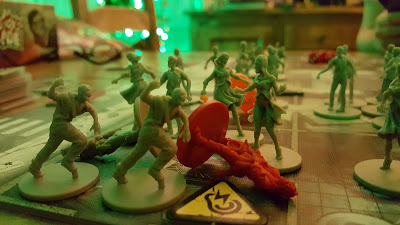 It was a fun game nontheless, lots of laughs and tactical challenges, which we obviously failed. 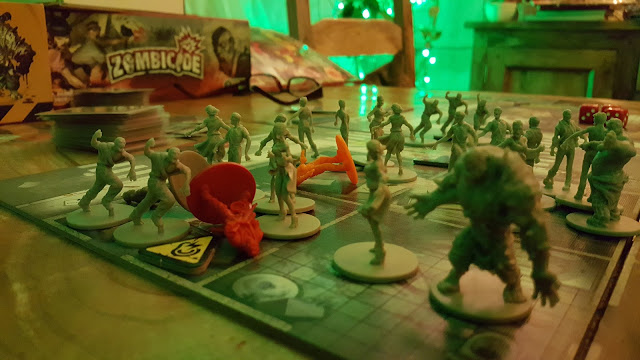 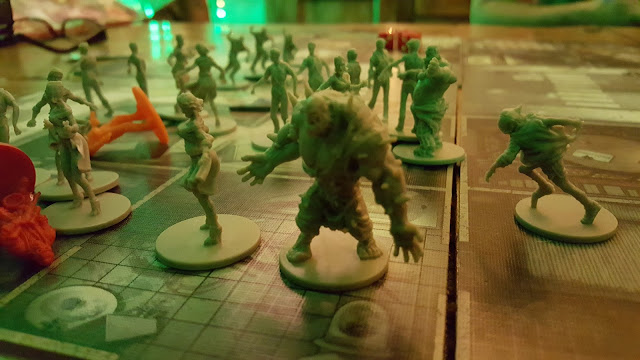