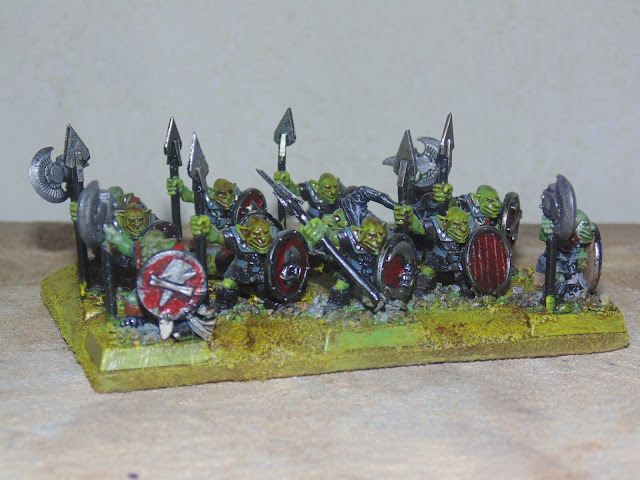 Here are my Goblin Rabble, they can be deployed as 2 regiments or put together to form a horde. I will mostly be using them as a horde since tactically they get in opponents way and are rubbish in combat, but can soak up wounds and are very cheap, 125 pts for a horde. 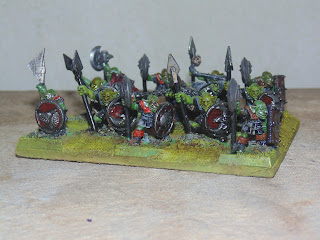 Apart from rebasing these models I have had to do quite a bit of repainting as they were a rushed job the first time round, for WFB, they formed part of a 100 strong unit! So the red washes on the shields and brown and red tunics were added. 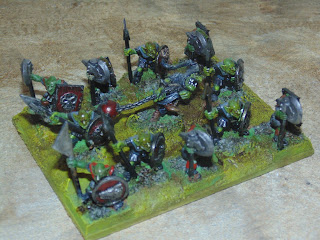 Also these were all spearmen originally and Rabble have a hotchpotch of weapns. I had a load of axe heads from some old 80's dwarfs and stuck them on. 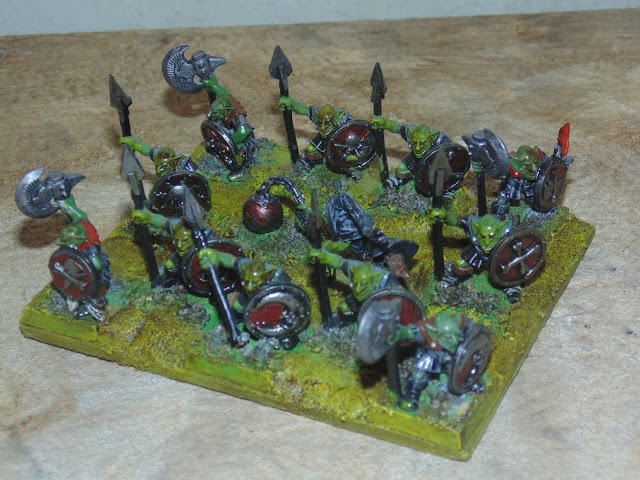 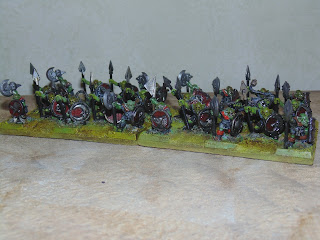 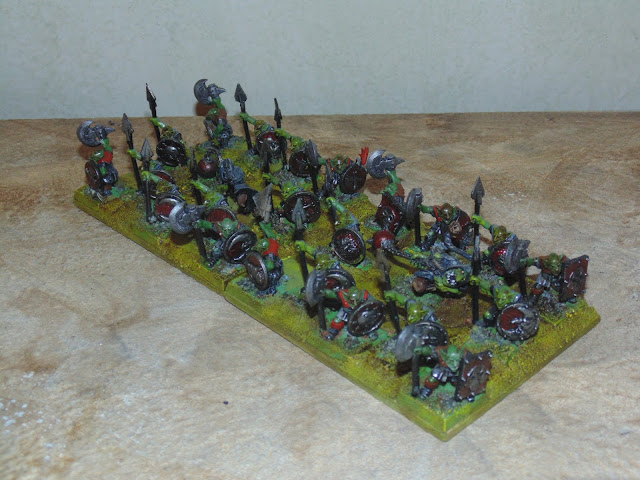 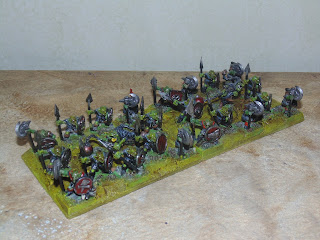 For some colour, I also added a fanatic into each regiment, because I have loads.
Will be trying out the Rabble next week against Mick and I will have a report on the battle. 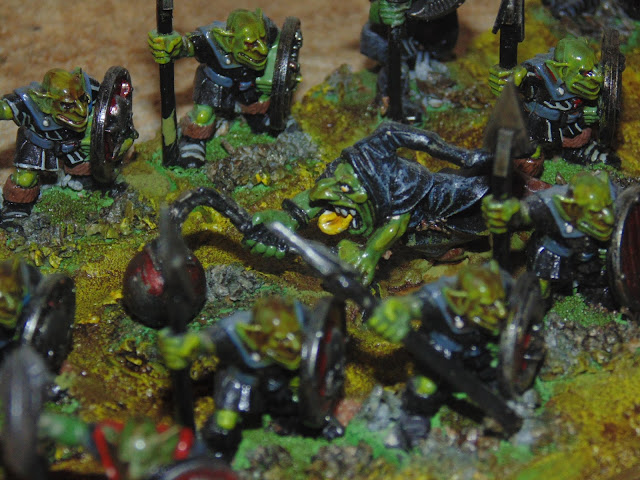 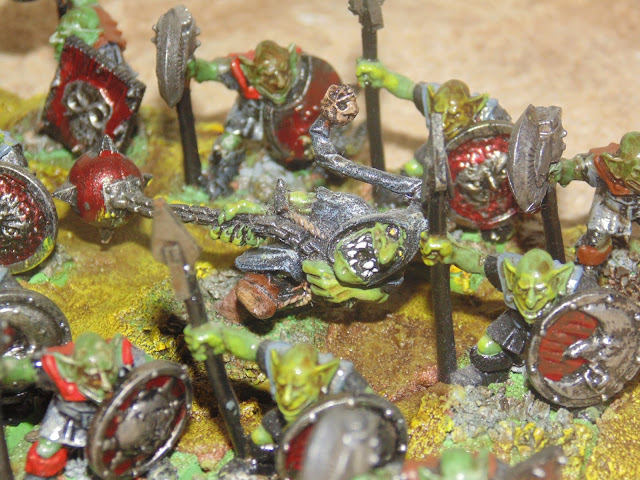