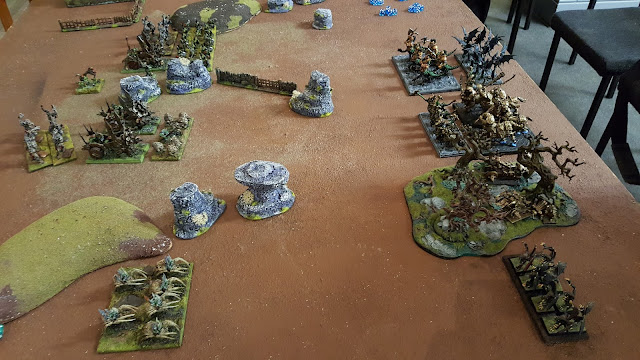 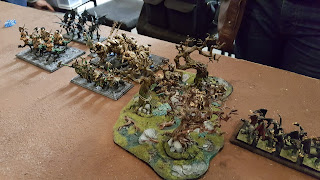 Steve and I had a couple of games down at the WWarriors club on Monday night, we had about 1170 points each. First game was Kill scenario. 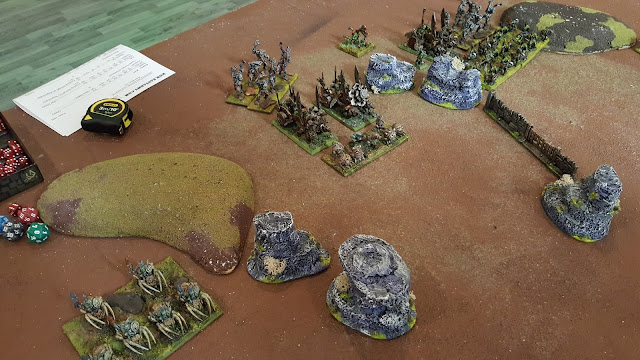 Deployment. I got first turn and decided to take the bull by the horns. 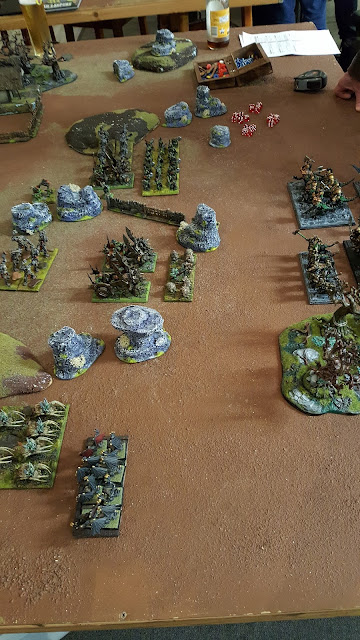 I knew Steve would charge into the chaff units I had slung forward, my initial movement had pressured him to do so. 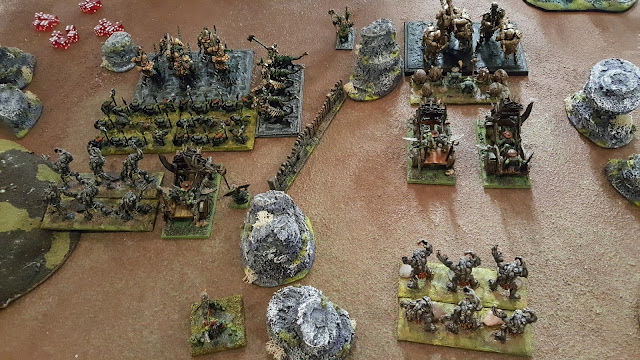 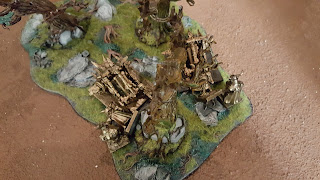 His rockets managed 1 wound on the fleabag riders on the right flank and wavered them! In total they were actually quite effective over the 2 games. 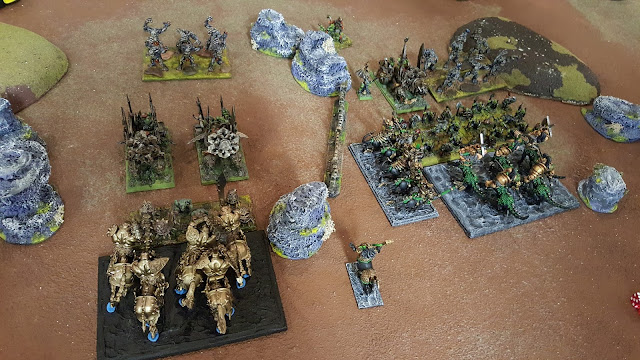 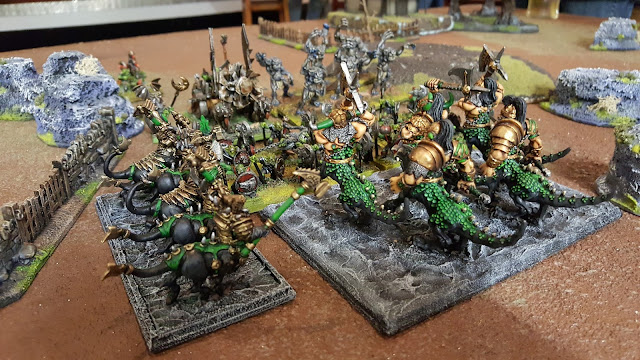 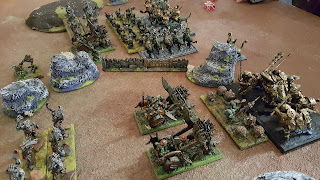 However the Rabble had the Crystal Pendant of Retribution, on the hordes death it explodes and does 2D6 wounds with a -3 save mod, sneaky eh :-) 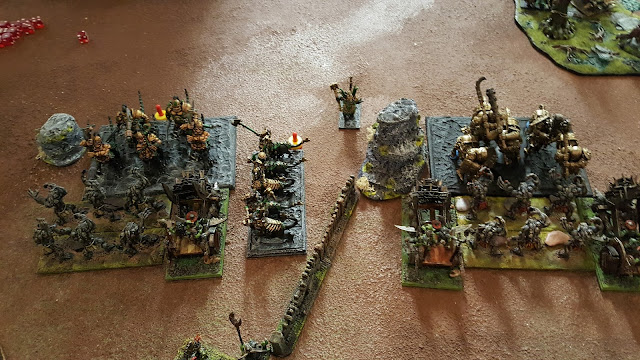 The trolls and the mincers then kicked into action. 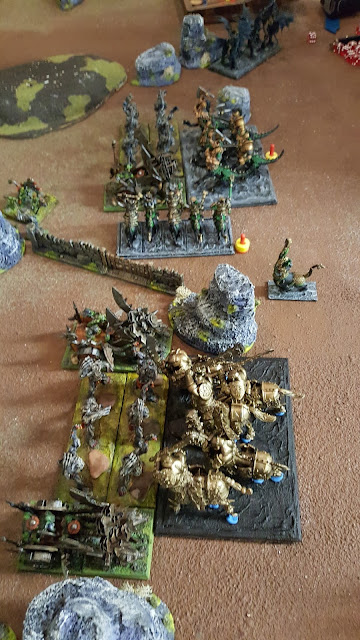 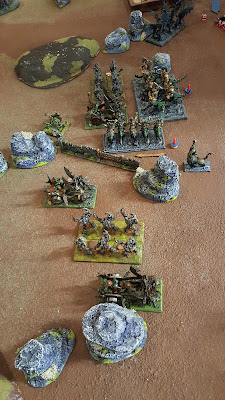 Managed to waver the left flank and rout the right. 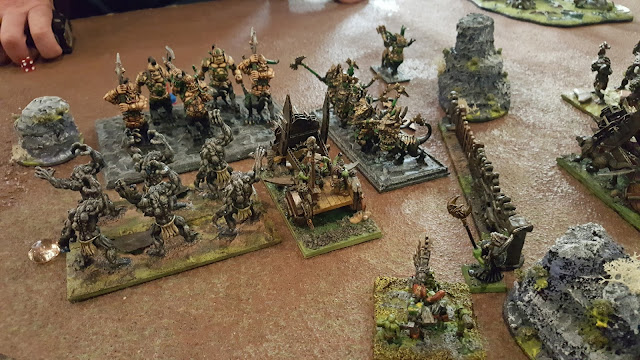 So got a second chance at the left flank and manged to rout the Grotsques and Halfbreeds. 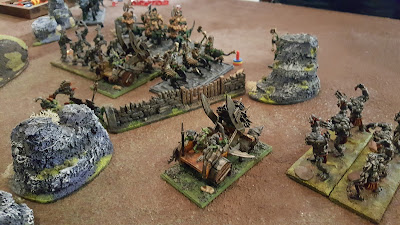 Game Two
So having ripped through the first game we reset, swopped table sides and prepared to play the Dominate scenario. 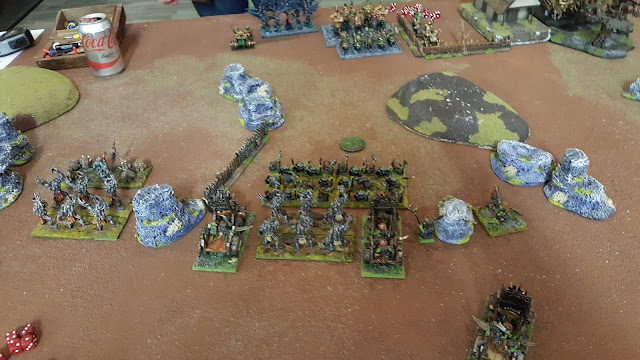 Deployment, I noticed Steve had put 1 Horde of Grotesques right out on the right flank with a troop of Gargoyles, so I decided to ignore them. 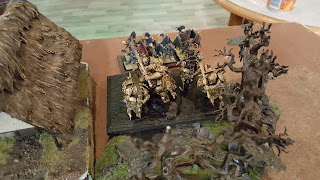 The rest of Steve's army in the centre, my focus. 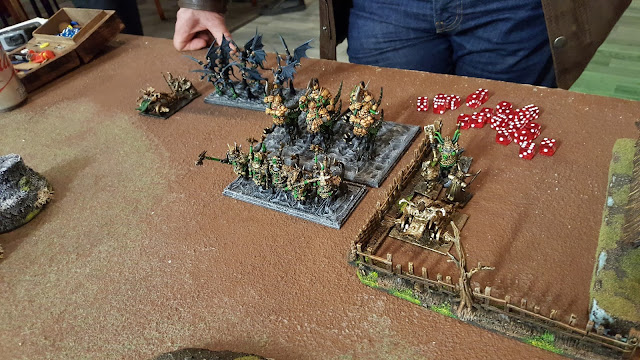 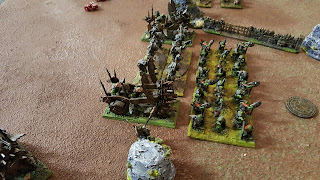 Again I got the first turn and surged forward. 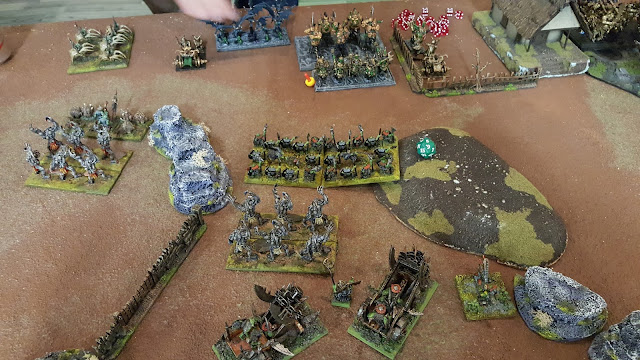 After the second turn, Steve said he felt out manouvered and indeed he didn't move too much. His rockets did inflict 6 wounds on the Rabble Horde, effective shooting. 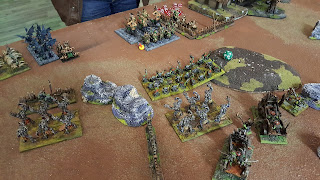 He charged the Grotesques into my Rabble and turned the Halfbreeds to protect his right flank. 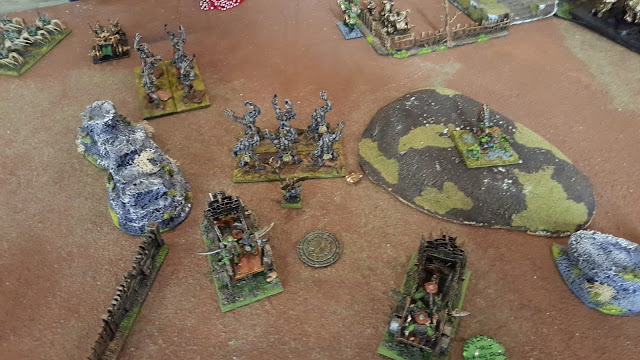 The Rabble died and hurt the Grotesques, 6 wounds with the Crystal, then the Trolls had some great rolls, my best of the night and did 13 wounds ontop of the 6 previous. The Fleabags routed the Gargoyles, the central Trolls took out the Grotesques and the left flank Trolls routed the Halfbreeds.

At this point Steve threw in the towel!
Two wins over my arch foe in one evening, I almost fainted.

Cheers Steve great games and I am sure the usual state of affairs will resume shortly, i.e. I will lose convincingly :-)