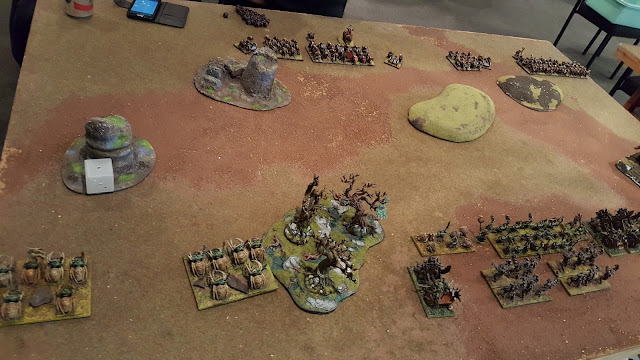 A few pictures of the game I played over at the club on Monday against my Beers of War companion Ian. We played a 1500 point game, the basic kill scenario. 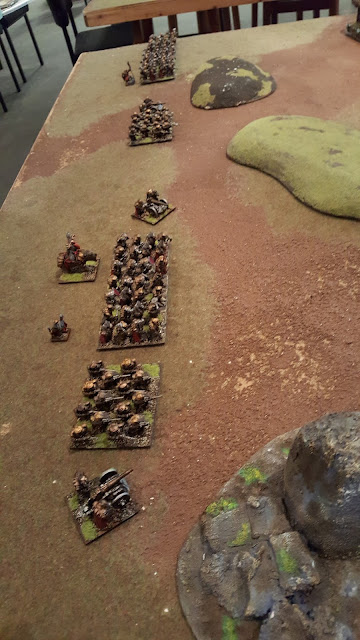 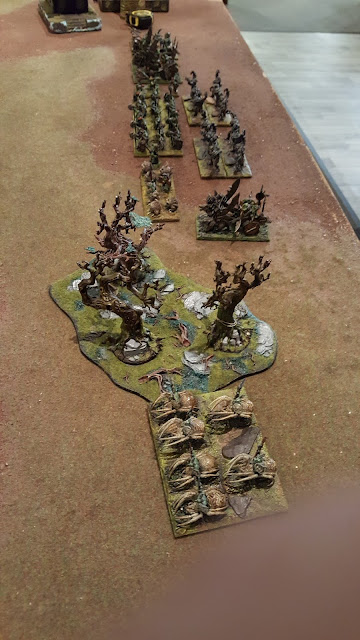 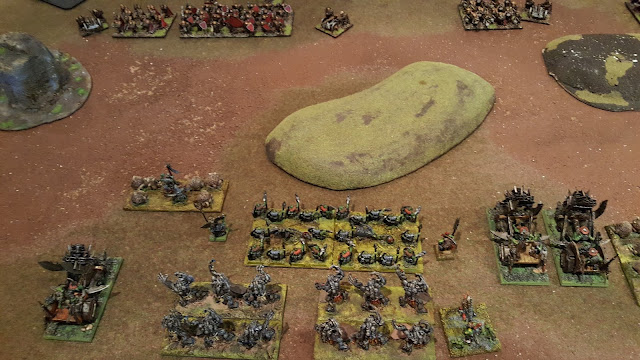 I took the first turn and decided to try to close down Ian's superior firepower as quickly as I could. 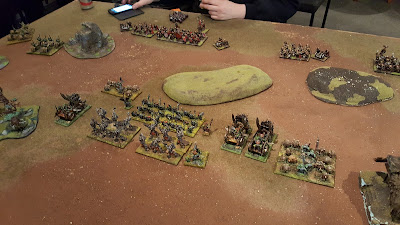 The 2 regiments of Fleabags scorched down the left flank. Ian had turned his cannon in slightly so I knew he would not be able to shoot at the Fleabags. This meant they would gain the flank without being damaged. 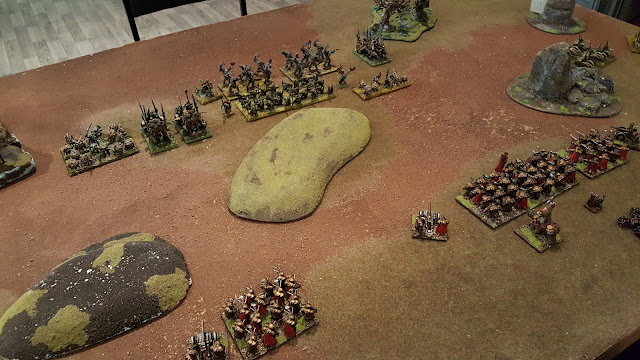 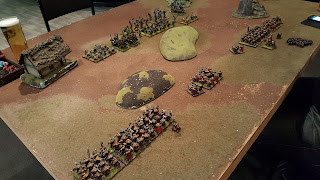 Also I decided to try to deal with the centre of the field and the left flank and avoid the right flank. They are dwarfs, it would take them a while to get across to the centre, so I ignored them. 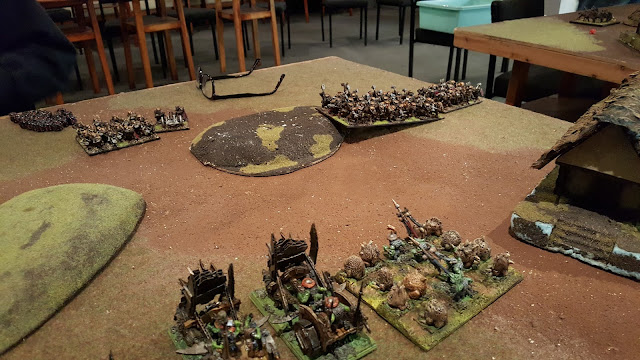 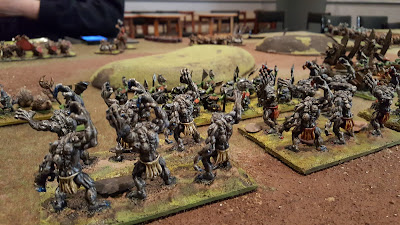 The Trolls lurked behind my lines. 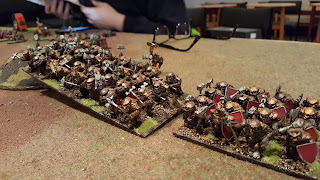 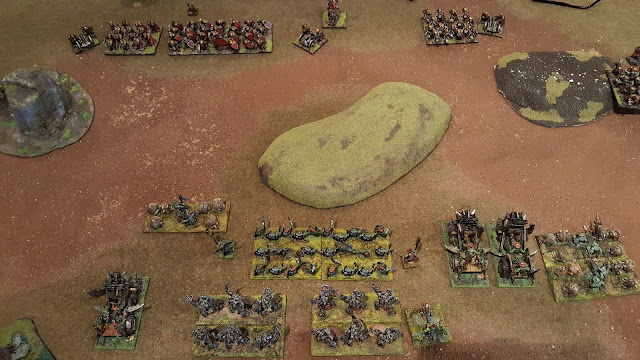 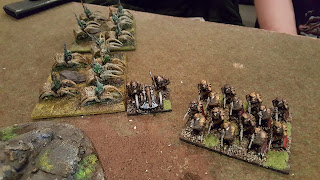 The Fleabags hit the cannon, triple attacks will see it routed. 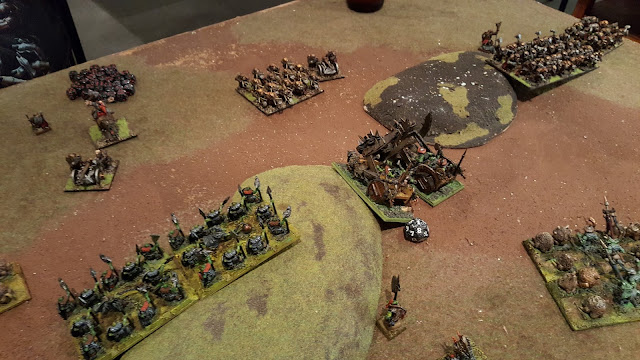 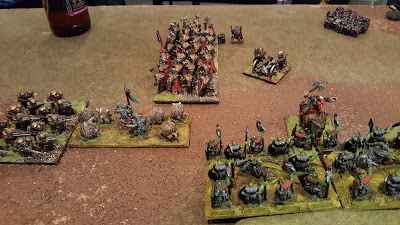 But the Dwarfs went on the attack and my rabble unit spent nearly the whole battle bouncing off the General. 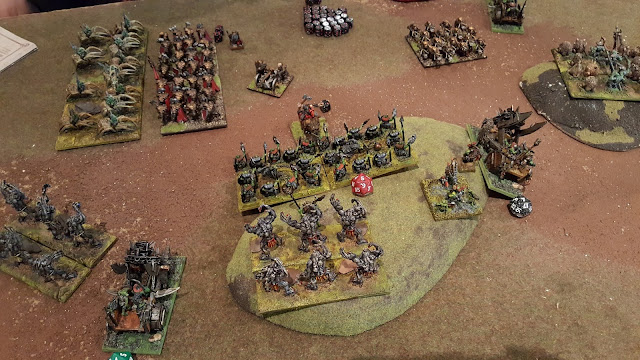 The combined attacks of the 2 regiments of Fleabags was not enough to rout the Ironclad Horde, not good. At the same time one mincer managed to take out the right hand side cannon. 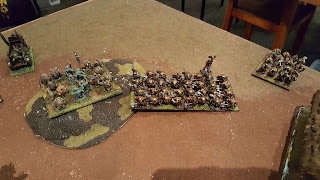 I managed to avoid the shieldbreakers and leave them out of the game a little longer but time was ruuning out. 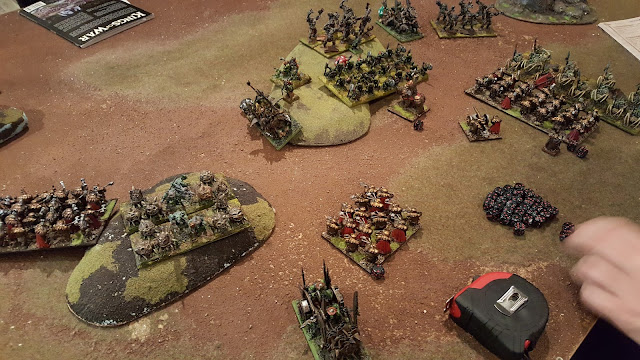 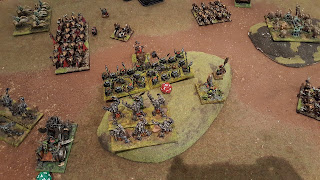 The Ironclad horde routrf one of the fleabag regiments. But a combo flank charge from the Trolls and the Mincer caused enough wounds to rout the horde. 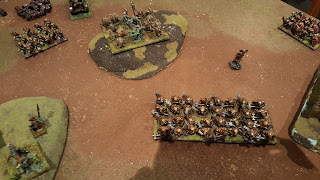 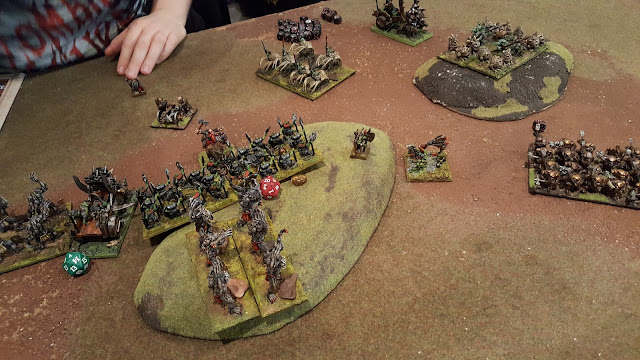 So at this point the centre and left flank were pretty much under Goblin control. 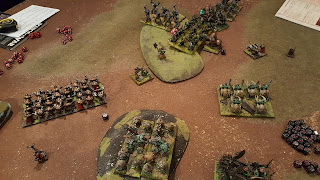 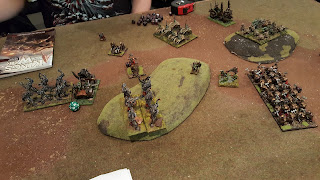 The Rabble did die at the hands of Ian's stalwart General on his Bear but as we got to turn 6, Ian was happy to have the game close. 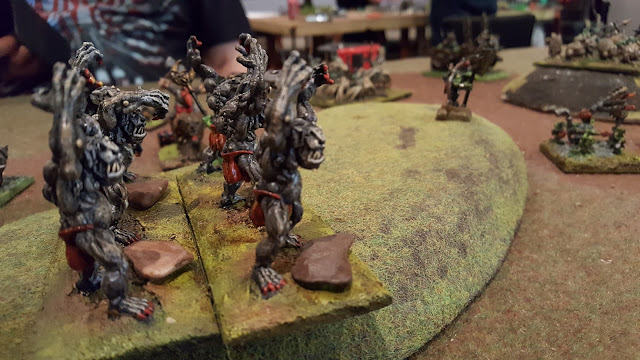 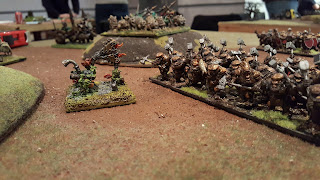 On a 4+ we would have played another turn but it was not to be. 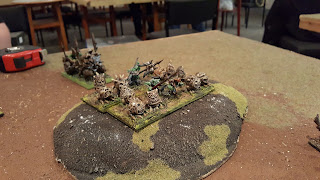 So another victory for the Goblins and a fun game, Always nice to play against an opponent who calls you "Dad" all through the game. Cheeky buggar :-)