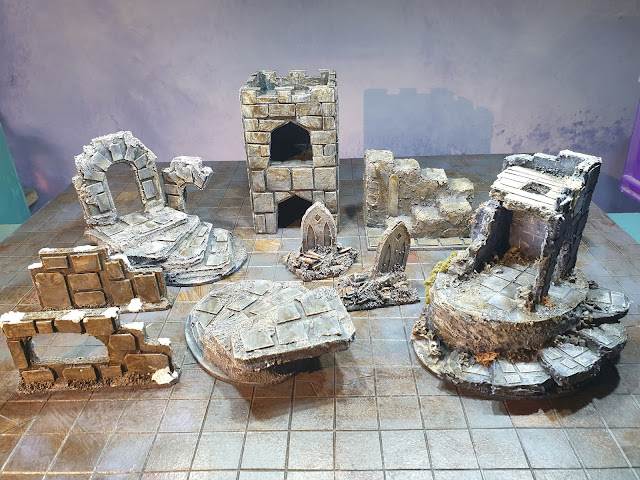 I often look back on some of the things I have made over the years and feel that if I were making them now I would do something different. Build them differently or paint them differently.
I am going to take you through what I don't like about this group of models I liberated from a terrain box which was aimed at use with Frostgrave. 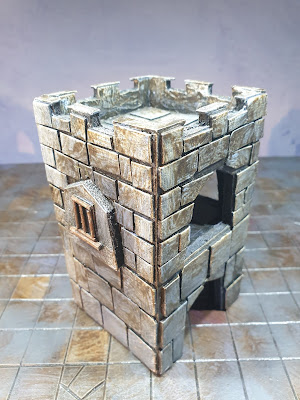 First off one of several towers I built to be part of a castle but that could be used in a stand alone sort of manner. So whats wrong with it?
The window stuck on the outside upsets me for a start, and the corners of the building make it look like its been built in separate pieces. Then there are all the blocks of stone created from stuck on card.They're too large and very uniform. They have to go. 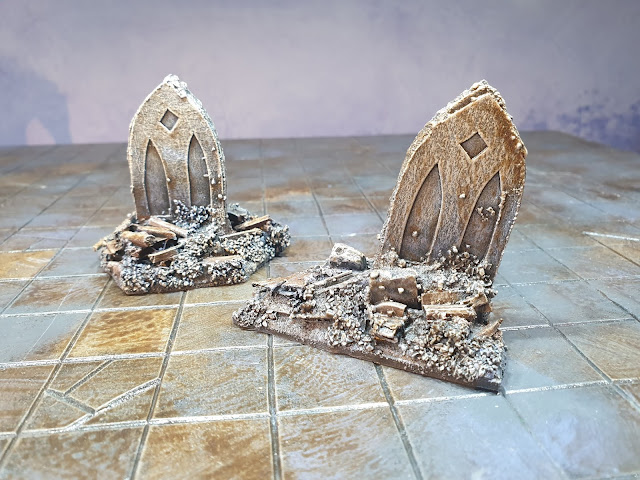 The problem I have with these is, ...well what are they? Widows fallen into rubble or doorways? I don't mind them being windows, odd but not a problem. However, there's loads of scatter material on the bases giving nice details, but the windows are blank card shapes, hardly 3D at all! 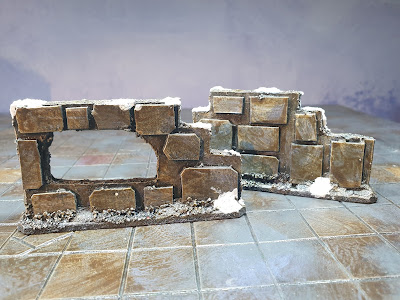 Don't start me on these... what was I thinking, card "stone"
blocks not laid by a stonemason, more like Blind Barry the medieval mook, don't think these walls would last long! 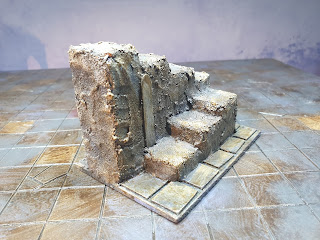 These stone steps have a few issues, not least the lolly sticks on the side, mostly to rear of model, but also the actual base it stands on. Presently it can be used in one way only, but with a bit less base could be more versatile. 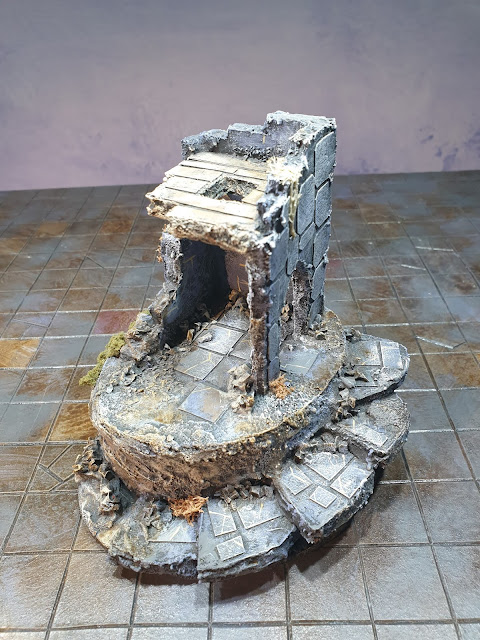 Now the next three terrain pieces all have a similar problem, that being the flags and stones that describe the walls are all made from poorly shaped card and need to be replaced and then repainted. 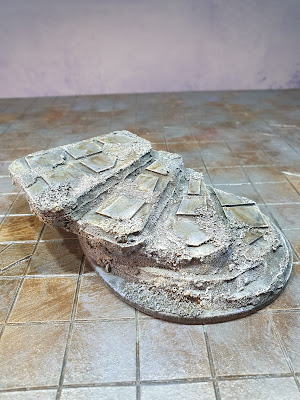 Oooch, the arch not being an arch at all hurts me to look at it and will be going. 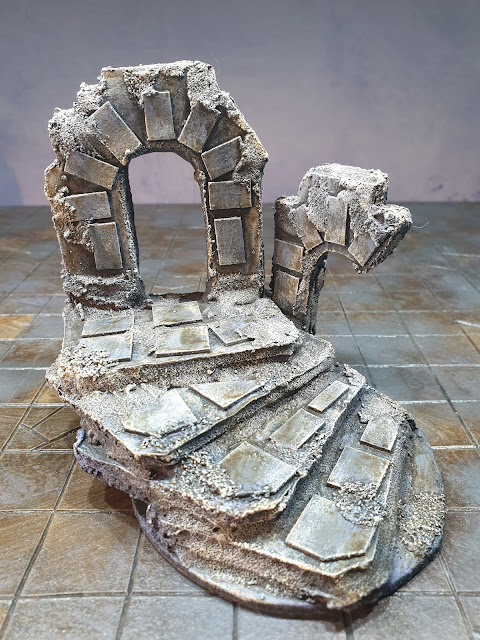 Well there you have it, a collection of seven terrain pieces that would get more use if they looked a bit more like they should. In the coming month I am going to be refurbishing them all. Some are simple reworkings and a few need a bit more love, but I am determined that non of them will be going in the bin, I don't like chucking stuff away if I can help it. 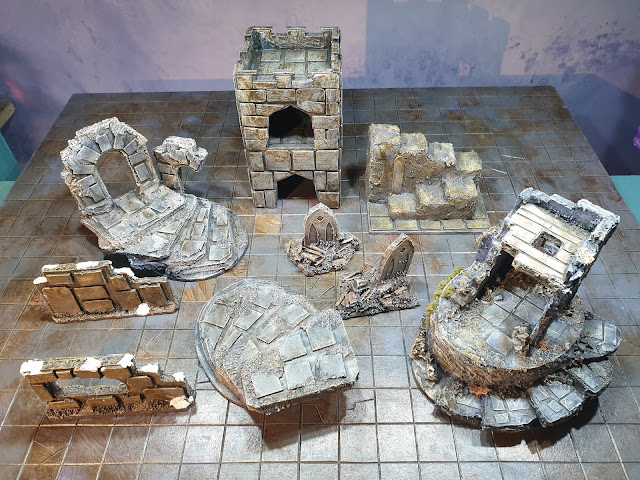