Having been thinking now for several weeks what I need to do to bring to life an Inquisitor type game; which can be run through space hulk scenery or on a small 40K board. And with overtones of roleplay albeit on a board, like Warhammer Quest; I've come to some conclusions and some initial decisions.

So these are my thoughts/ideas, I needed to get them down so that I could work further on them.

First, if I am being realistic, I will have to use the Quest rules for general play, movement shooting and combat. At least to start with. 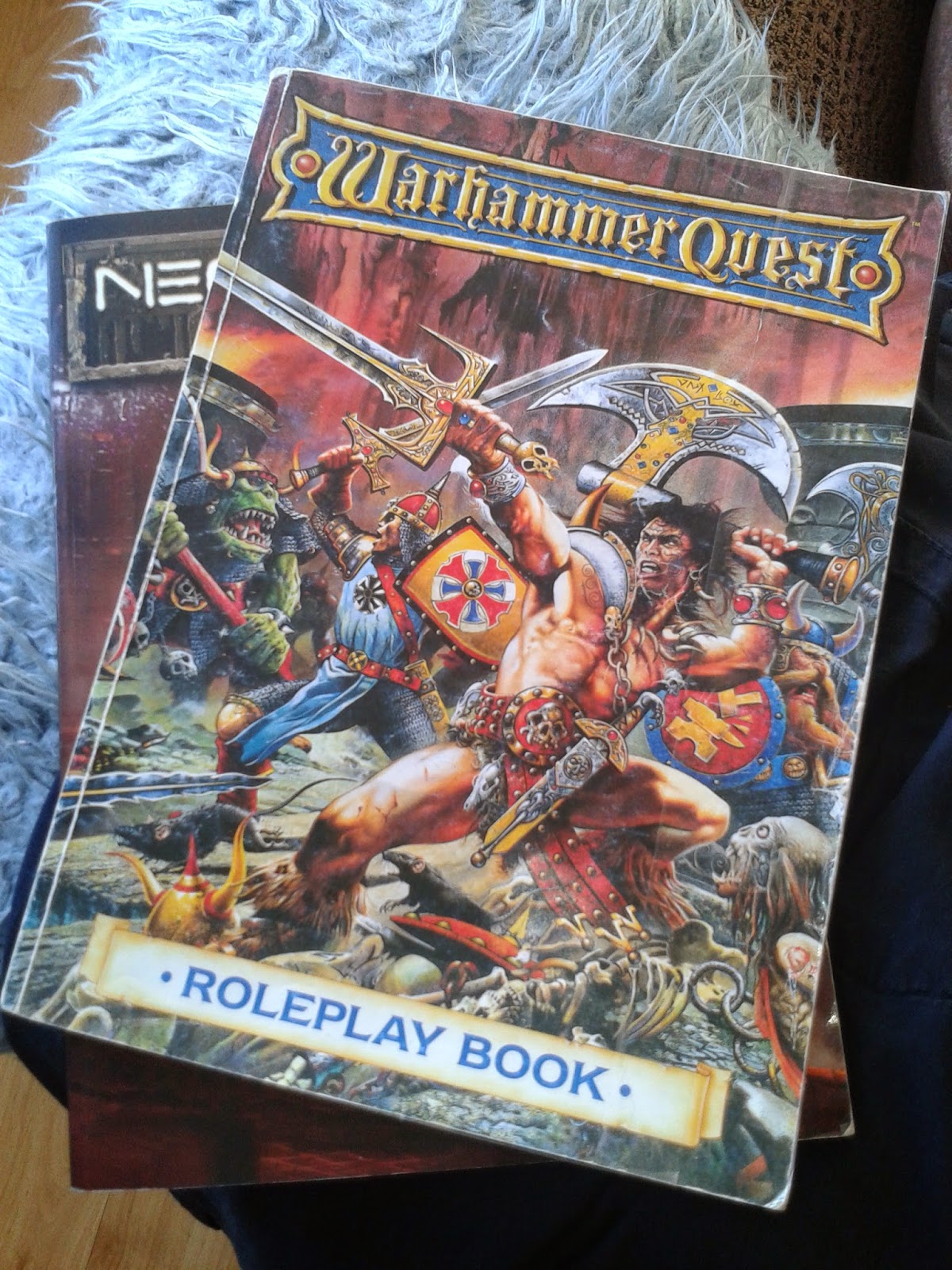 Second, I will be using the equipment from Necromunda and the rules for ranged weapons. I will have to use the close combat weapons but will equate them to Quest weapon types.

Third, I will be using the general ethos of Inquisitor, creating small bands of four characters, not unlike Quest. These can be played by one individual, as in Inquisitor or as individual characters as per Quest. I can see a possible problem here in that running 4 PC's all at the same time may be confusing but I will give it a go and see. If I'm being positive I think it will be fine. After all people do play Inquisitor. 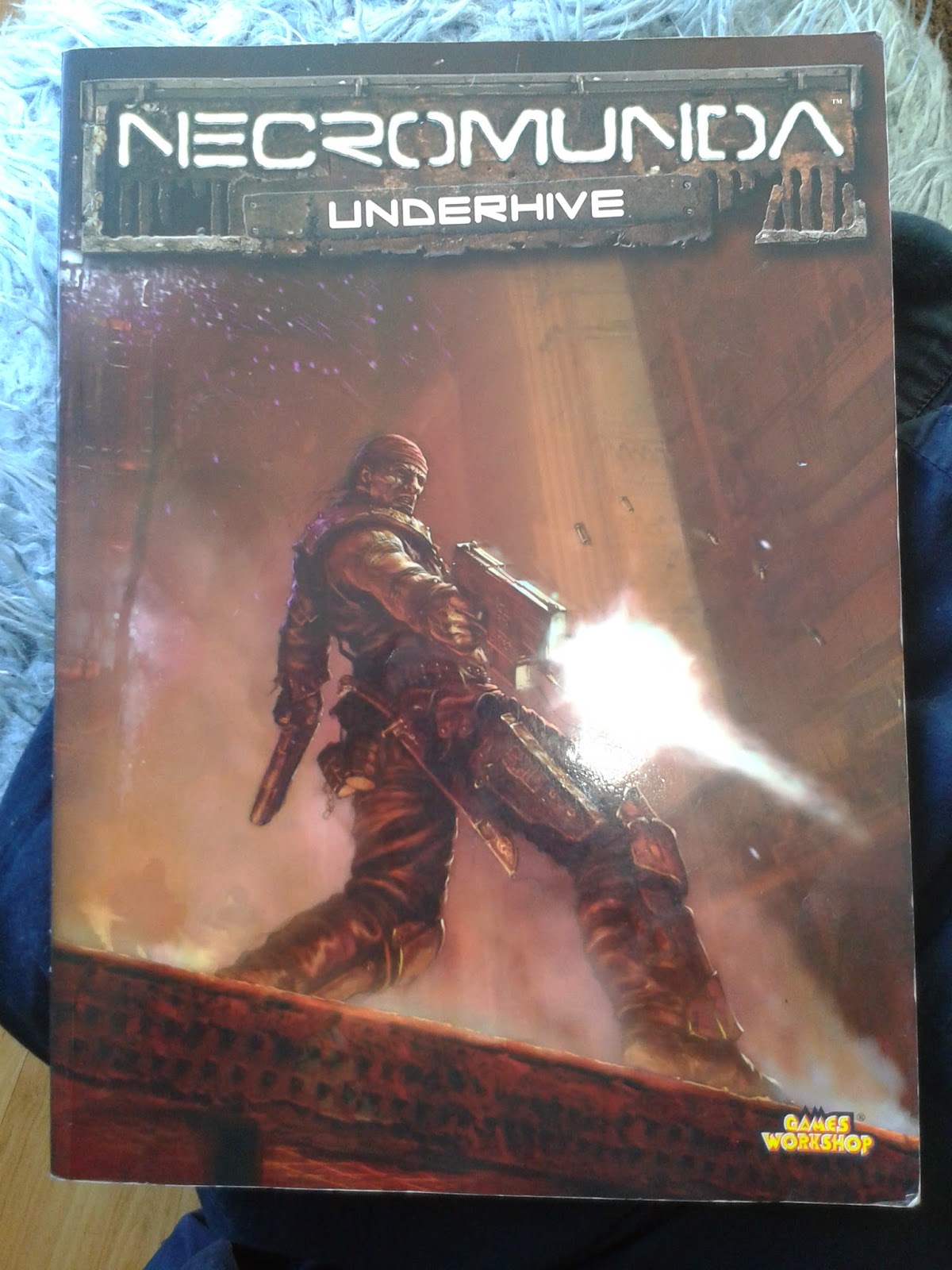 Fourth, well I think I have the settings covered really, standard terrain when played as Inquisitor and when its a Hulk situation I am in the middle of creating the terrain I need, re last post.

Fifth, characters are a problem, so I feel that my only way forward is to create six character types like in Quest, presently just as basic PC's without all the roleplay info. That will take a good deal of time that I do not have at the moment. So I thought I would start with;
Inquisitors, Rogue Traders, Guard Veterans, Fanatics, Deperadoes and Archo-Flagellants.
This should give me a good mix, but not too many to create that I give up. 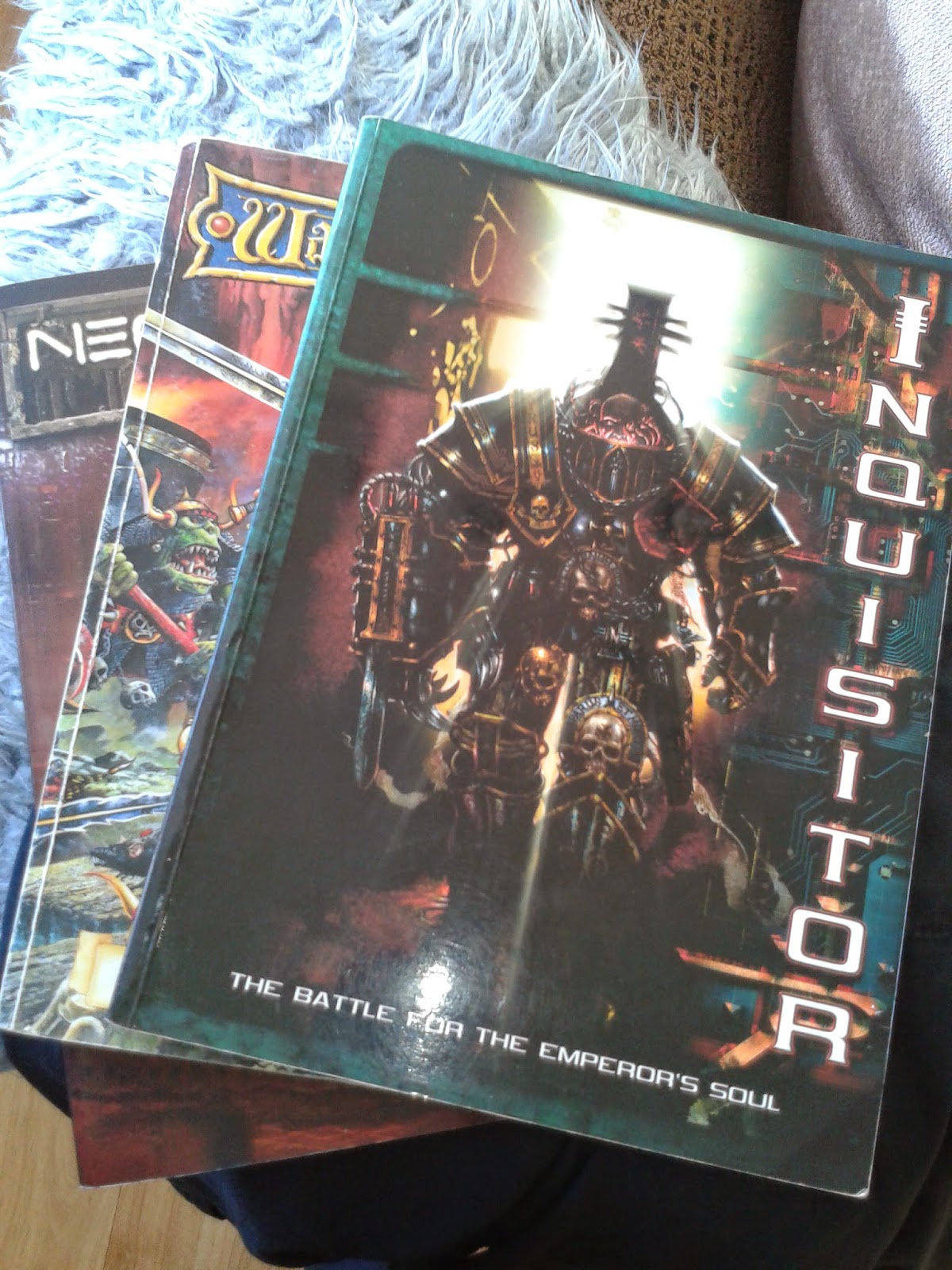 Now the tricky stuff:
Experience, for this I will rely on the Necromunda system, with advance roles for characteristics and skills earned each level (like Quest). However I think I'll allow PCs to roll for skills from any House.
The Experience points I will run exactly like in Quest, using the general values and advances.
Experience will be earned in the same manner as quest, ie killing stuff.

I don't know what to do about Psionics, but it will have to be addressed, we all know how important a wizard is in Quest! May just have psionics represented by spells at the moment. Would Fanatics or Inquisitors use these powers? -  more questions than answers here!!!!

Lastly, for now, is all the wonderful equipment, drugs and paraphenalia that comes in the Inquisitor book, I think for flavour they need to be included, but how?

I am tempted to call this Chimera, since its a conglomeration of all these 3 books, will see.

Lastly I would like to point out that I love these three games and am in no way trying to denegrate or ruin or steel their concepts. Also I will not be producing any material that I will sell or even pass on to any one else. I just want to have a go at bringing them together for my own use. All rights to these games belong to Games Workshop.
Posted by Darryl Hunt at 01:14