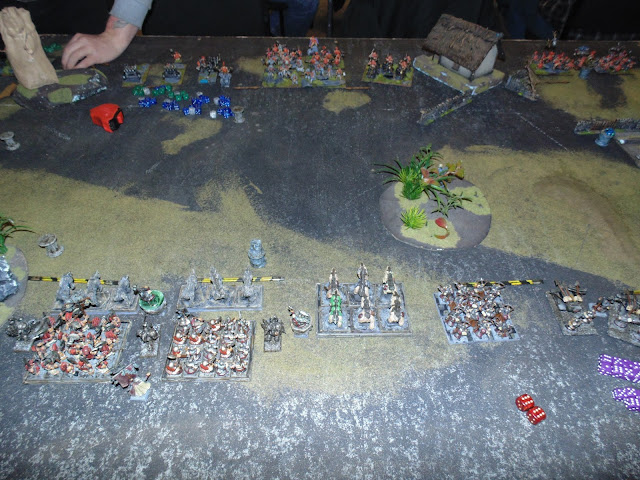 Played against Luke down at the WWarriors on Monday in a trial run for both our armies as we are playing at the Outpost Sheffield on Sunday in a tournament. We played the Pillage scenario and rolled 7 objectives. You need to be within 3" to claim them at the end of the game, I let Luke go first to see if I might sneak some objectives at the last gasp. 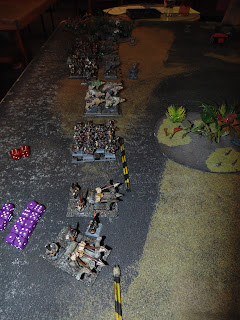 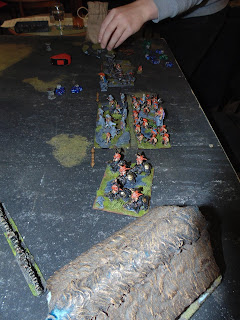 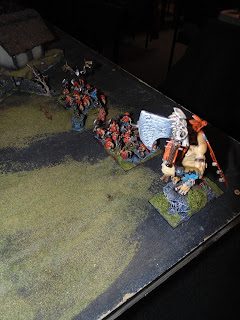 Tactical errors aplenty from my end, and Luke threw dice like he was born with a cup in his mit. 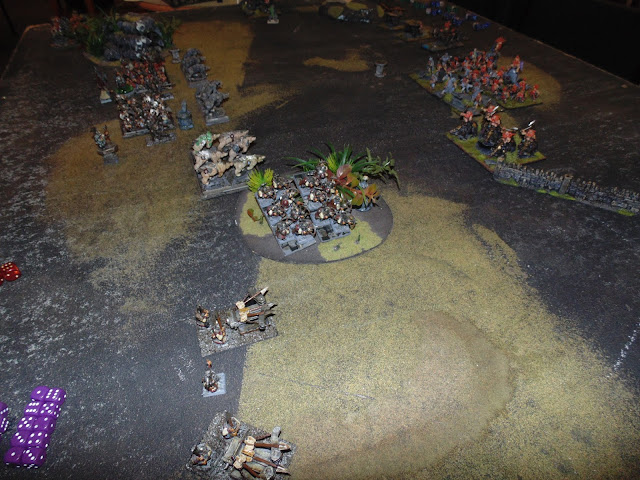 I deployed right in front of his 3 organ guns while I ended up placing mine somewhere on another table, or may dimension. 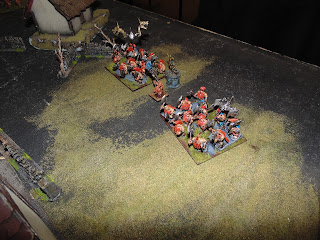 Was always gonna struggle with 4 units of slayers, 2 of Brocks. 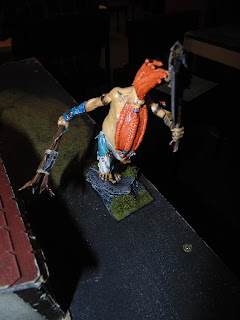 The giant slayer, or general on a beast! 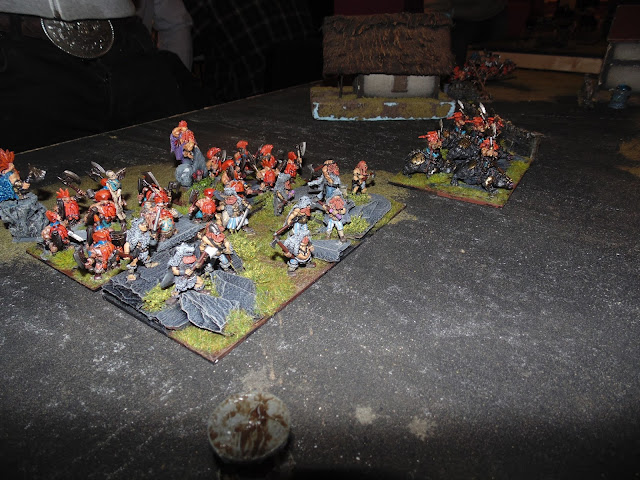 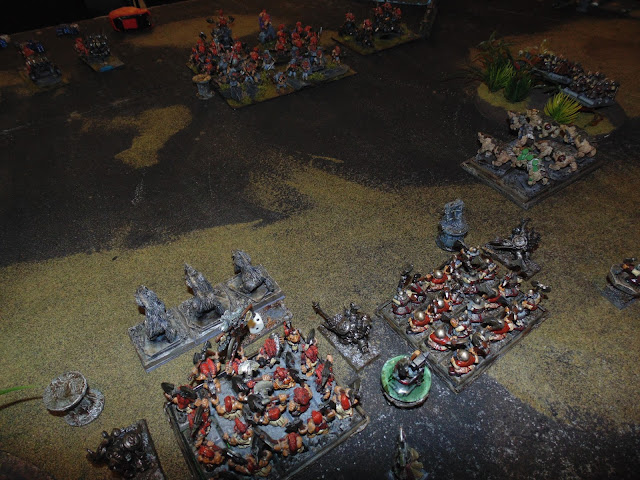 Luke expertly shot the Elementals from under me, and I couldn't see me being able to reach him, 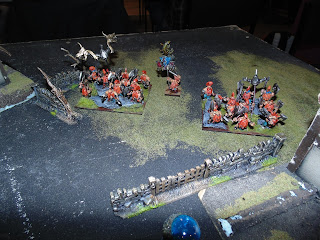 Over here my own guns did very little. 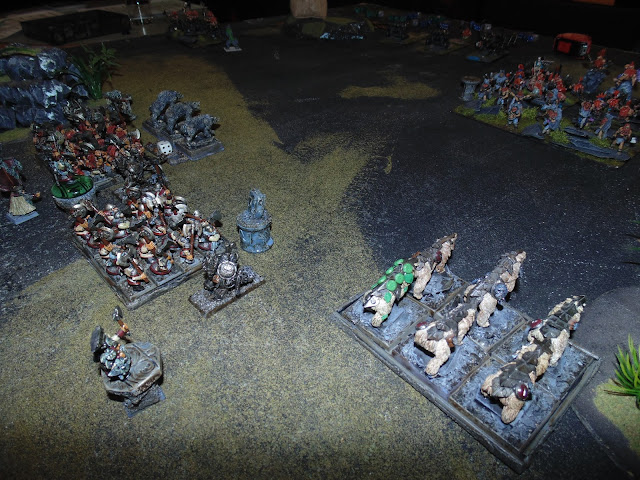 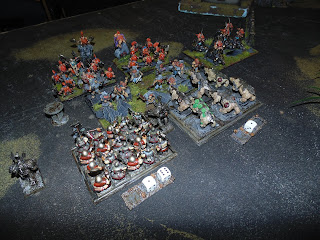 Between the elementals, driller and shieldbreakers I managed to despatch the ironclad horde. 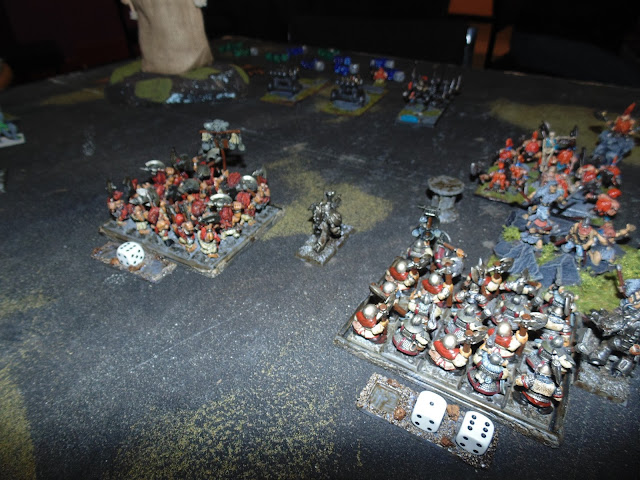 But all my units had suffered wounds and I forgot I had feel for 5 of the 7 turns, Doh! 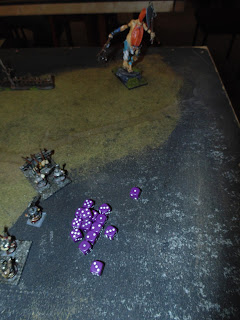 The slayer general shuffles to the rear of my organ guns and destroys them both in the end. 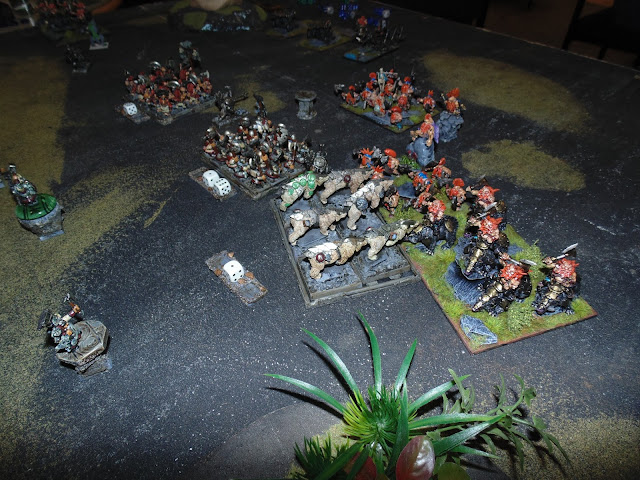 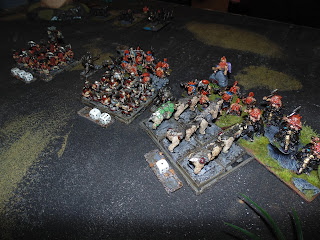 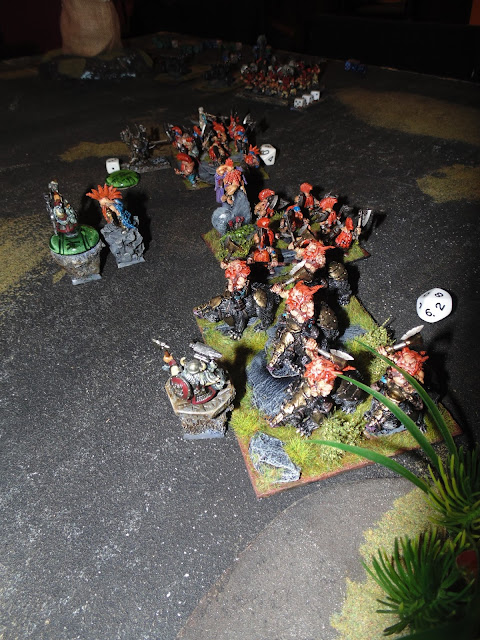 And then there were none! 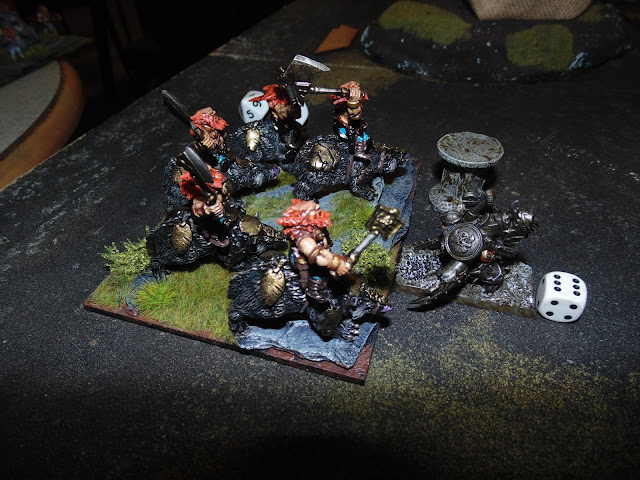 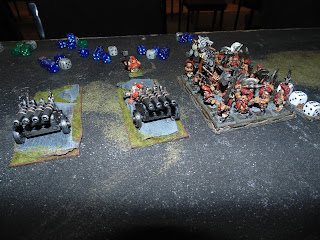 The warsmith shot and wounded the slayers from my army and they routed, after taking out one organ gun. 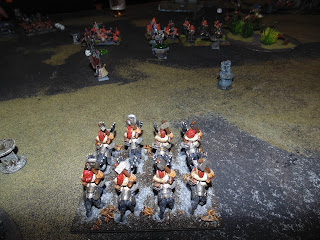 Then they shot the brocks holding my last objective. 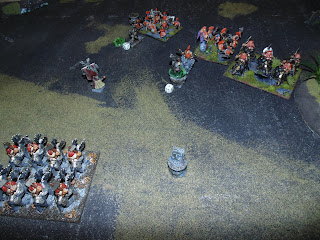 I liked this picture so thought I would end with it. 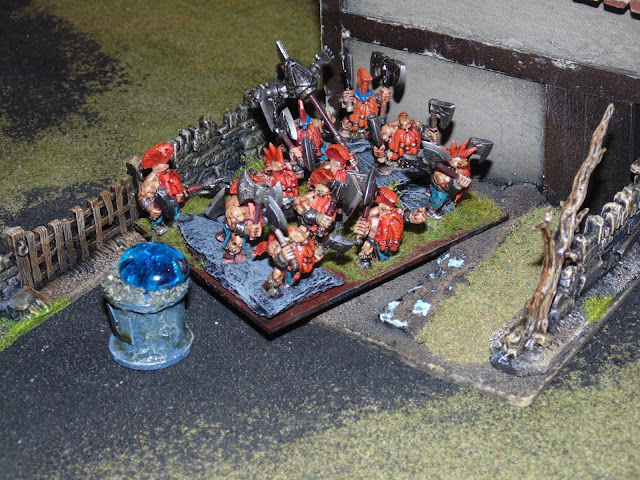 Think very hard about where I place my units and don't stick the organ guns way out of the action.
Use my units in tight groups to support each other.
Remember my magic items, did not use at least 2 of them.
Have some sort of deployment plan in place before Sunday.

Well done to Luke , he played a blinder, a well deserved win.
Good luck to all at the Outpost this weekend