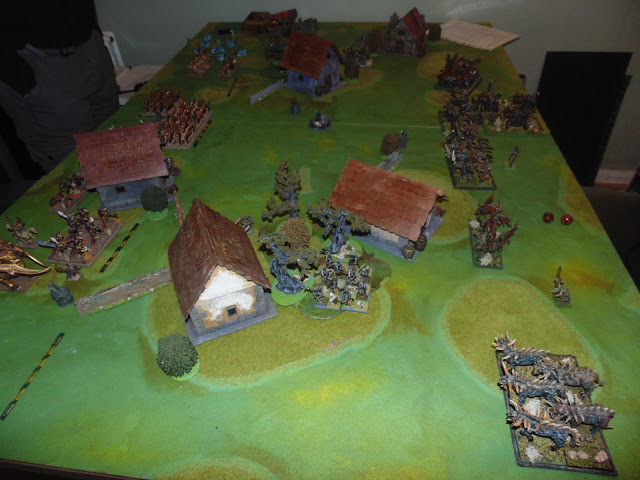 I found these pictures tucked away in a cranny of my camera last night, I thought they had been posted but turns out they had not.
We had played 2000 points aside and I have to say this game went badly for me, I will try to remember the details as best I can :-) 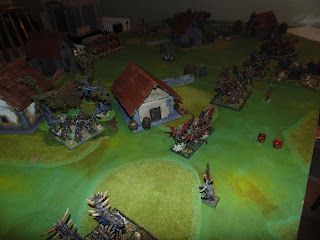 It was the last game Steve and myself played before the tournament we played in at The Grid over in Doncaster, you know the one where I propped everyone else up from the basement! 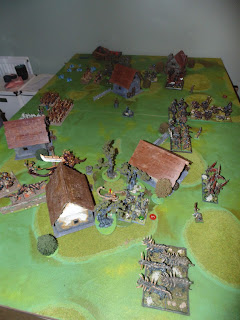 But I wanted to post these pictures because the game looked smashing on the tabletop.
Lots of buildings littered the board making movement quite tricky but interesting. 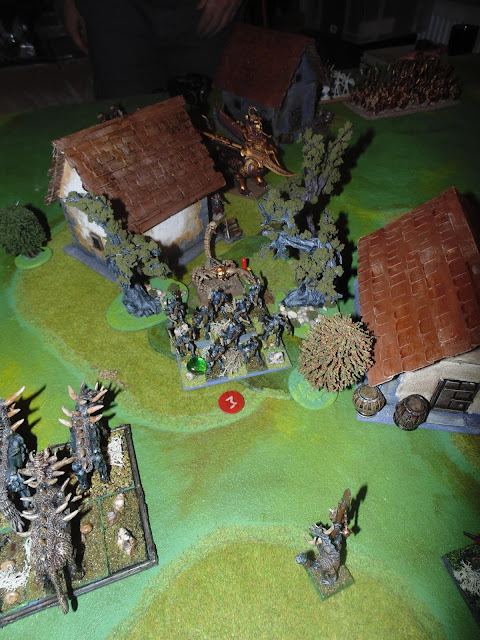 We played a scenario from the rule book: Pillage, this entails having objective markers placed on the battlefield prior to deployment. At the end of the game any objectives can be claimed if there is a unit within 3" of it and there are no enemy units equally close to contest it.

The game started off well enough for me, despite being charged by the scorpion husk in the wood, the tribal hunters managed to survive. 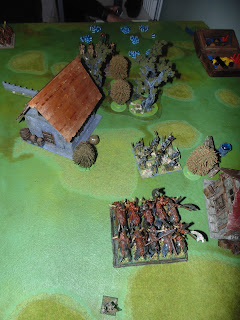 The centaurs and 2nd regiment of tribal hunters moved forward to secure an objective and to get behind the enemy lines. 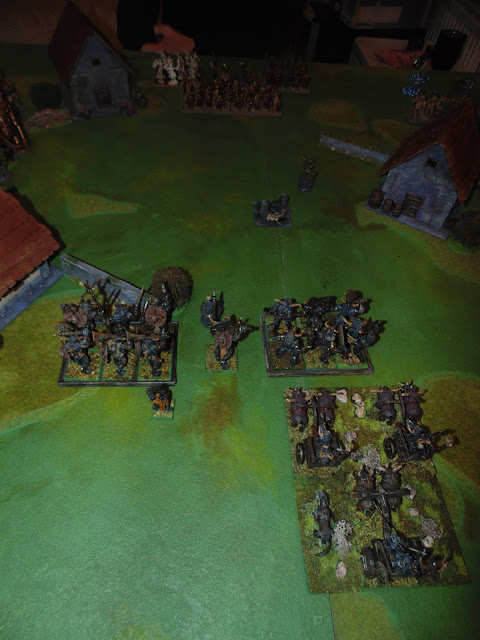 See the nicely painted chariots, well I don't like them in a horde, will be cutting that base in two, shame. But they did prove to be difficult to move effectively. 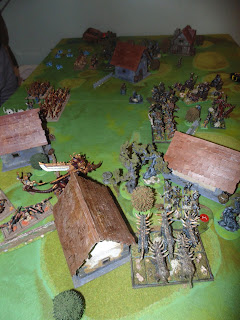 The stampede take out the scorpion husk, strider and pathfinder helped. 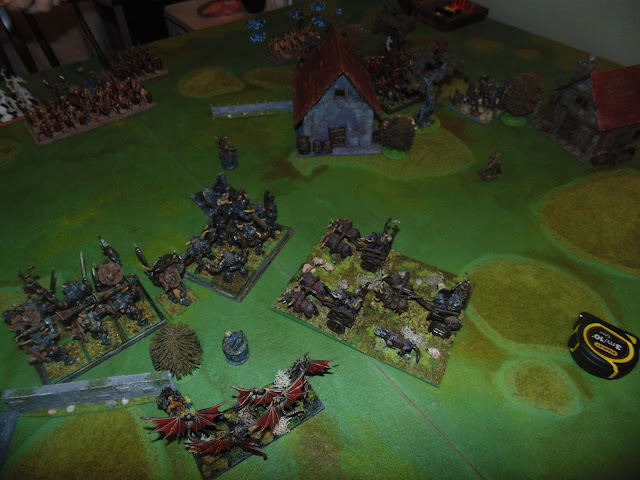 The centre field moved towards the Empire of Dust lines. 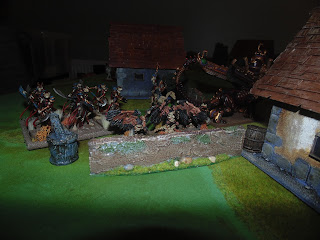 On the left flank the Guardians move up. 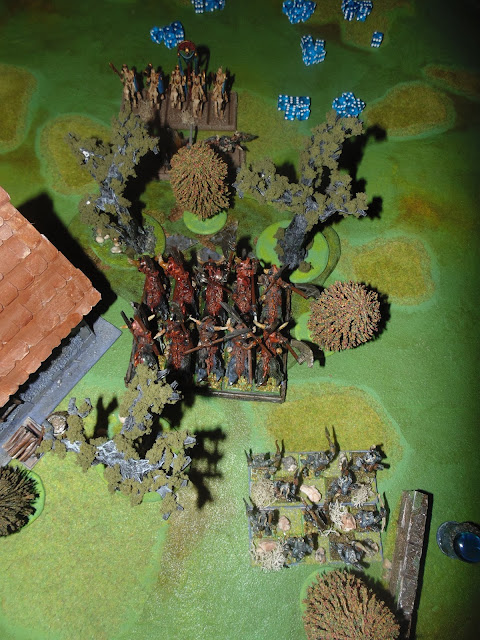 In order to secure this objective I should have stayed put I recon, mistake 2. 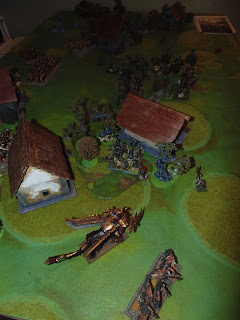 The stampede were destroyed by the guardians and the behemoth. 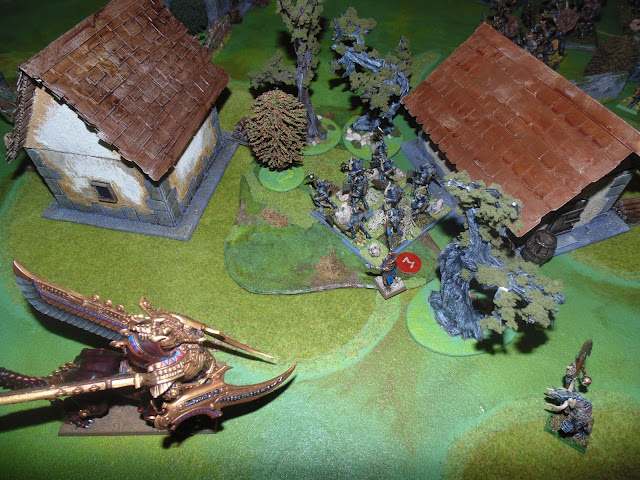 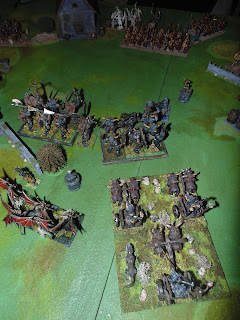 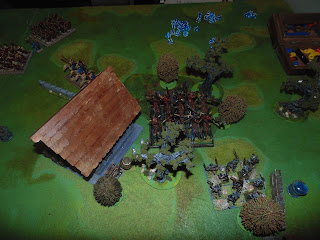 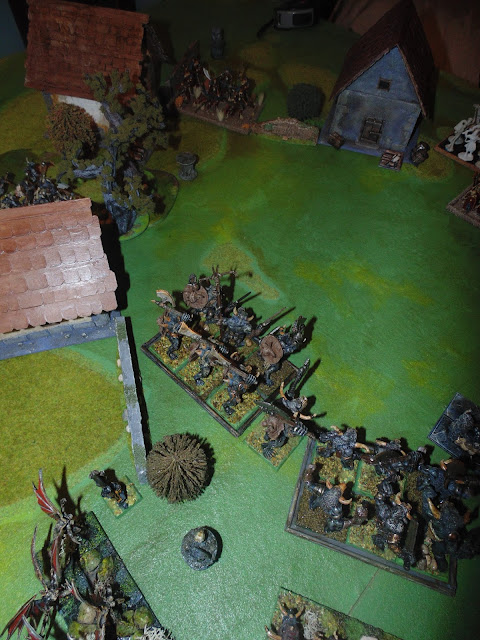 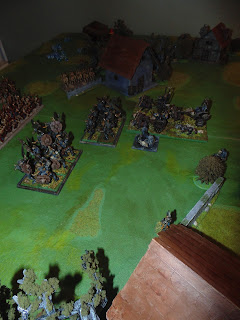 Crossing no mans land, leaving the objectives behind, probably mistake 3. 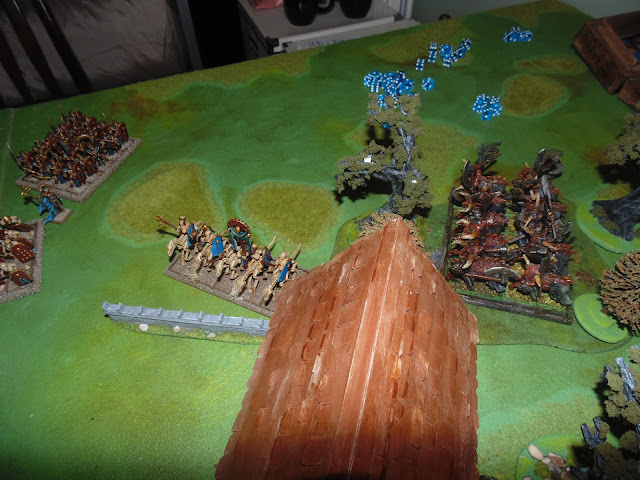 Intent on removing the Revenants the centaurs lose their position and the objective. 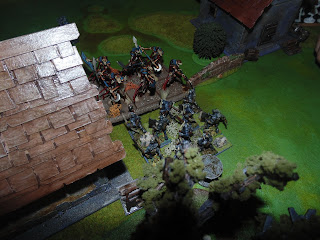 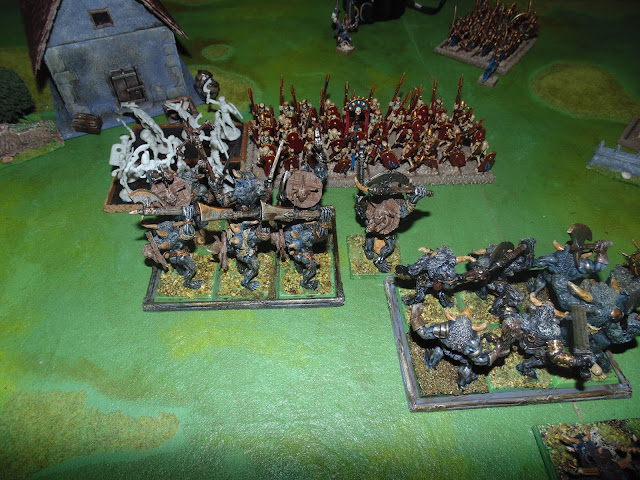 The harpies stand over an objective but know they will never be able to stand against the behemoth. 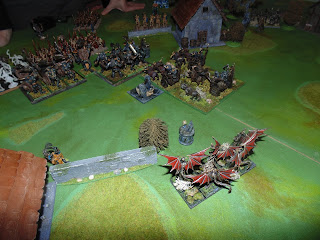 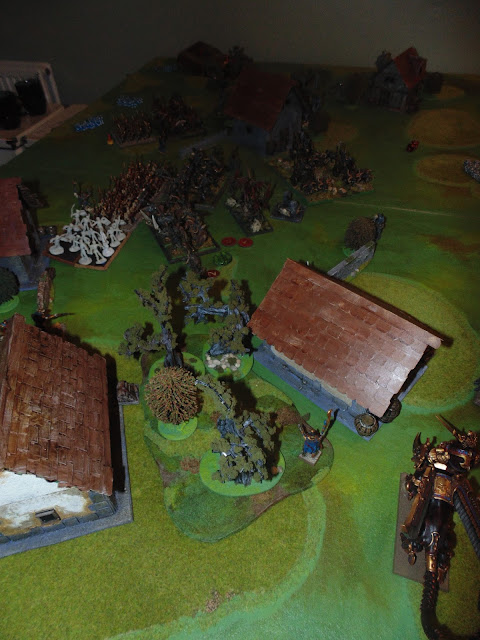 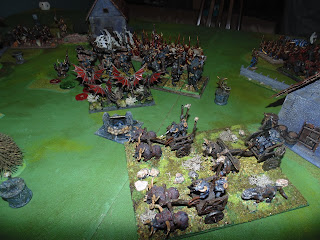 Chariots dithering, trying to face the behemoth! In the background one horde of Minotaurs perish and the other decides to help with the revenants over on the right. 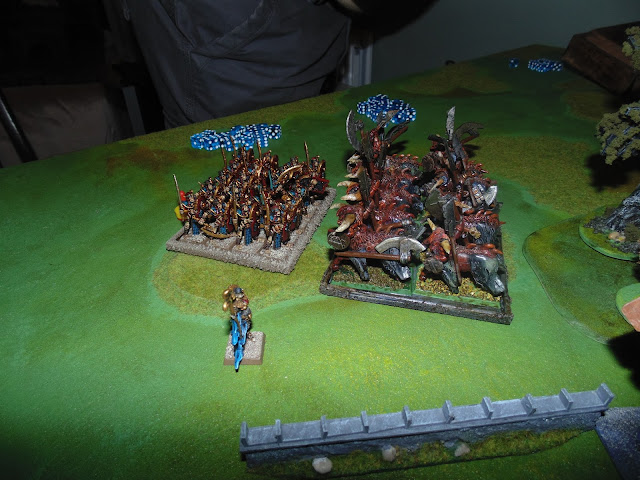 The centaurs bounce. No wounds caused! 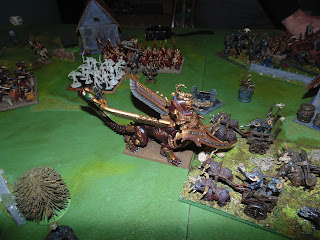 The chariot meets its end at the claws of the behemoth. 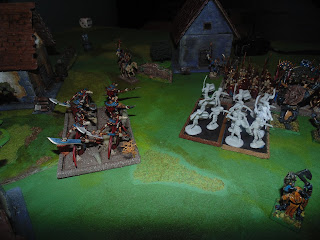 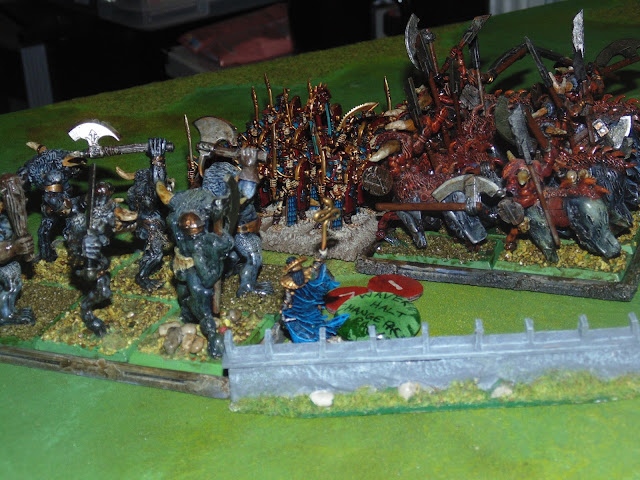 The Minotaurs and the centaurs battle the revenants, very poorly, the Minotaurs needed 5+ to hit as they were hindered by the wall. 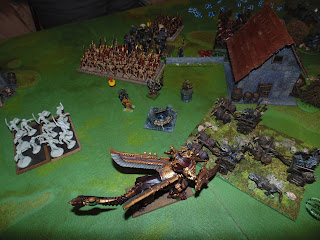 The skeleton spears crash into the rear of the minotaurs, ouch! 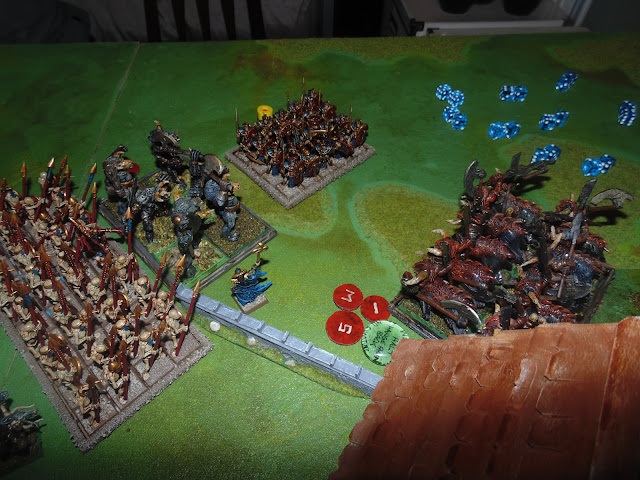 The last shot I took just before the minotaurs chewed their last wodge of cud.
The centaurs were dispatched when the revenants charged into them and Steve ended the game with nearly every objective and most of my army dead.

I have not played for a while with the Herd but I will come back to them.

In this game I realised that playing to the objective is of paramount importance.
That knowing what turn you are on is very valuable.
That I need chaff units to protect my hard hitters.
Flyers can take objectives but don't ever turn your back on the opposition.