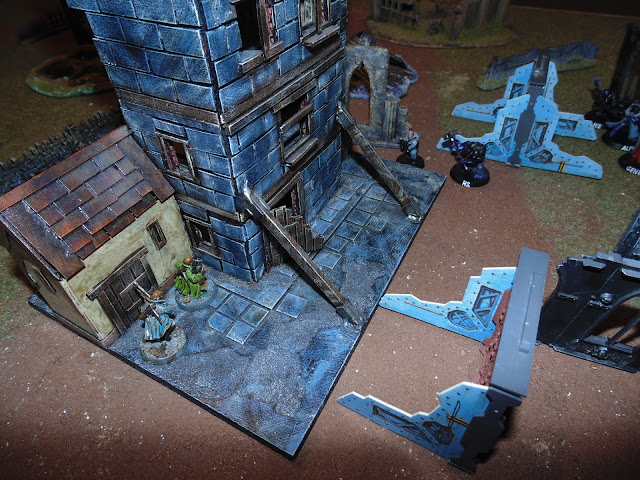 Had a great couple of games over at Wakefield Warriors last night. In the this, the first game, the Mobsters took on Andy's Genestealer Cult. 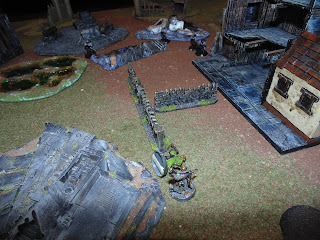 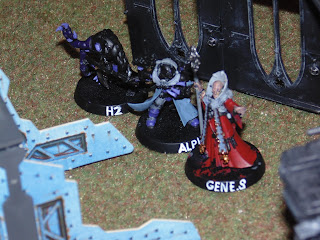 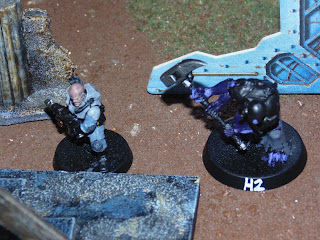 The main part of the skirmish was based around the large derelict building nearly in the middle.
Manny and Baby Otes kept the occultists busy on the left flank. While most of the gang shot down the corridor to the right, that's when not suffering the effects of hallucinogenic psychic powers emanating from Andy's Magus. Three members of the gang were running in terror at various times... covered in bees!!! 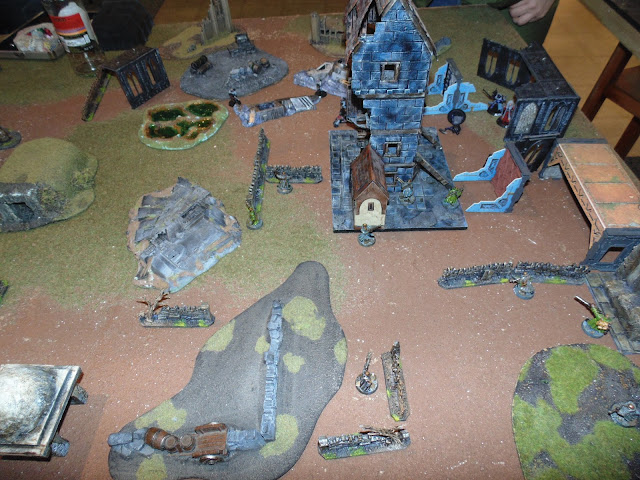 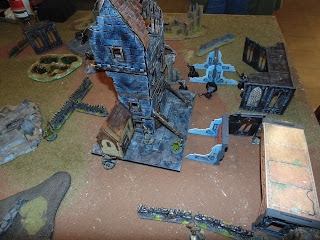 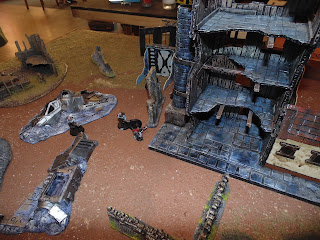 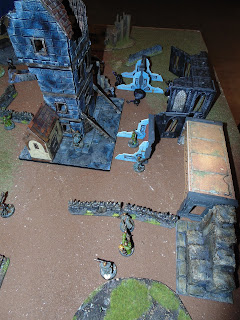 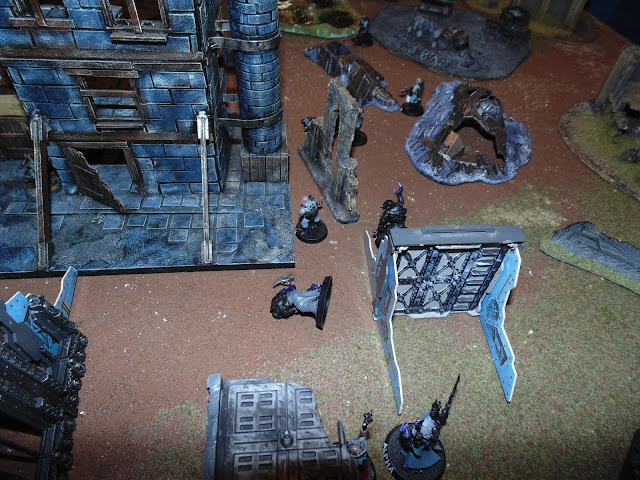 There was a concentrated fire fight and gang members were lost on both sides, but the Genestealers would not break from the engagement even when the Magus was felled in hand to hand combat by Ten 2 Two! 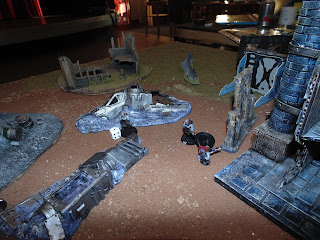 By the second turn both Moe and Jak's shotguns had failed their solid ammo tests. 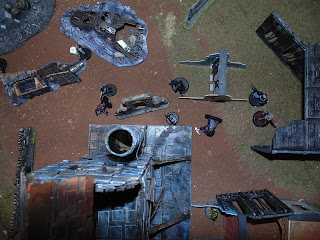 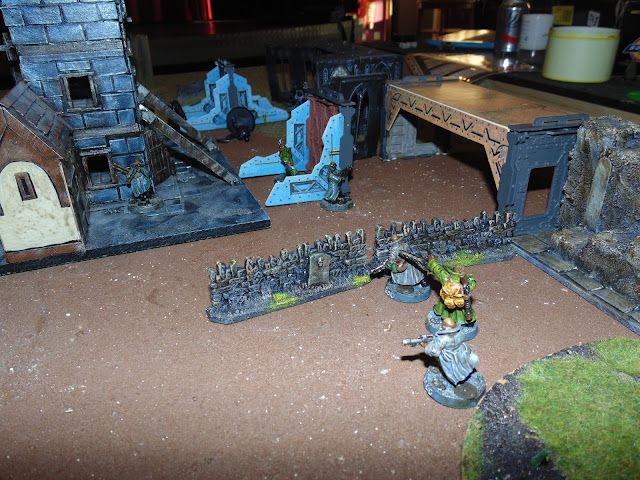 My heavy did very little apart from run away screeching every now and then! 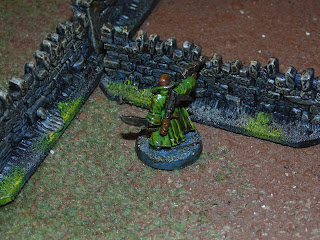 Baby Otes gunning the cultists down. 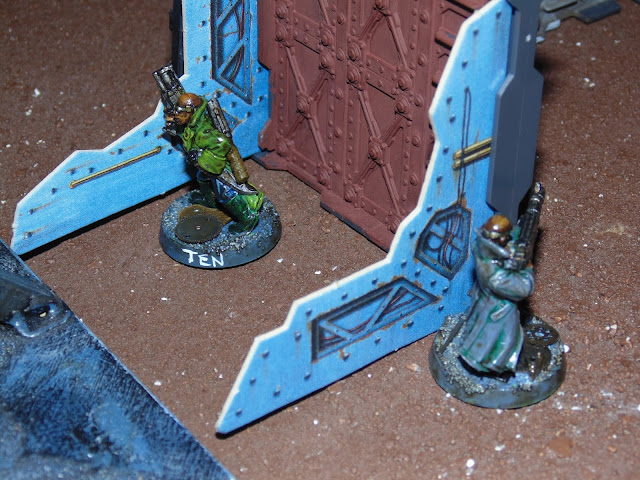 Ten to Two, who killed the Magus and Olska who autogun ran out of ammo after first shot, which missed! 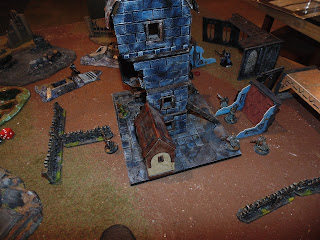 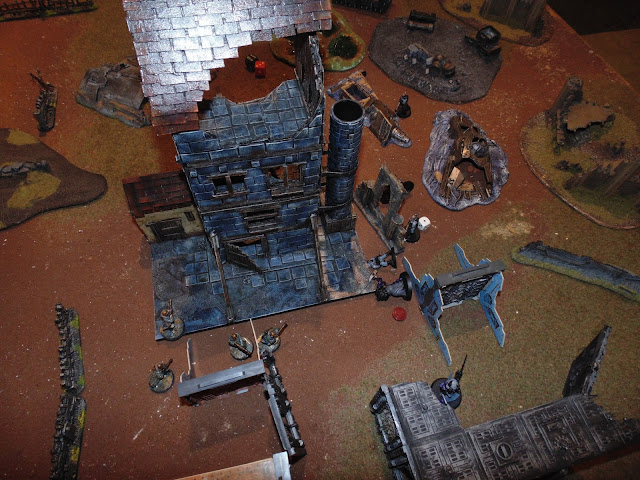 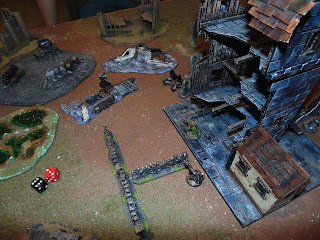 Just before the last picture the Alpha shown below charged into Ten 2 Two, whom he killed, but then the Alpha was surrounded by 3 gangers all baying for blood, however... 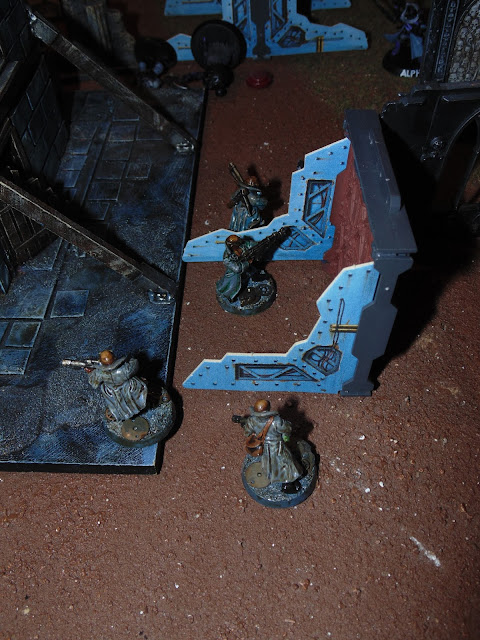 The game ended with the M'Vula Mobsters realising that it really didn't matter how many of the cultists they killed they would never give in, so Manny decided to pull the guys out of the conflict before more of his gang were lost.
Unfortunately Jak, the ganger was killed in the post game sequence, but then a new Juve was found in one of the settlements owned by the Mobsters.

Epilogue:
I had a great time playing this game, it was all the fun I remembered it being all those years ago.
Will be playing the week after next, but will have to keep the Mordheim terrain as all the rest is now packed for house move, its all I have till we move.
Cheers Andy :-)