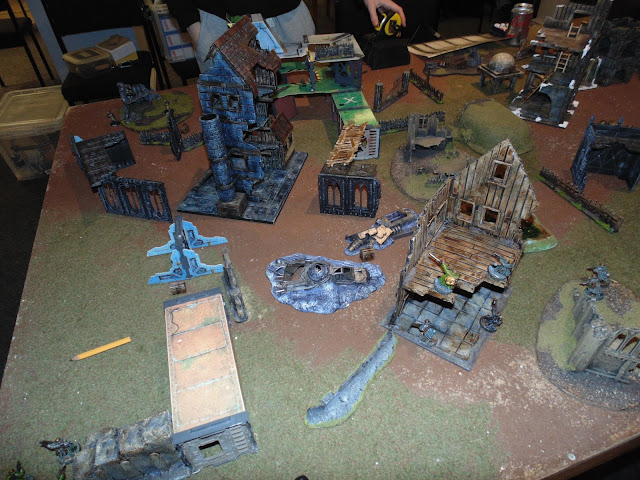 My second game of Necromunda, actually on the same night. Playing against Davids PDFD or Kelly's Heroes. We played the Scavenger scenario. It was a quite quick game as I had no great want to stick around and risk losing more gang members, so the fellas got in took three tokens and got the hell out of there. 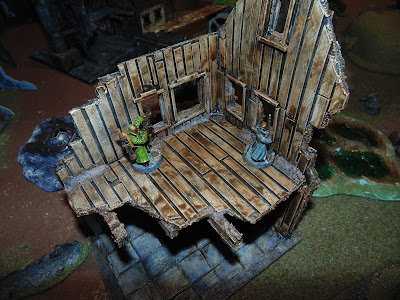 Manny and Curly spent much of their time in overwatch protecting the rest of the gang who ran forward to collect the loot. 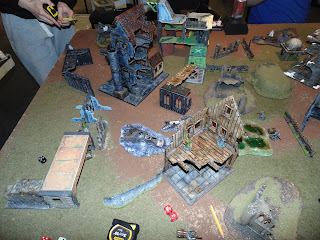 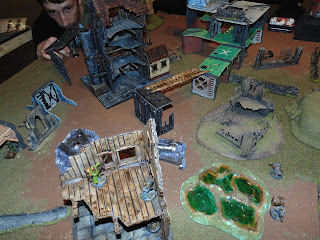 Moe sprinted forward and grabbed some cash then headed back to the table edge. 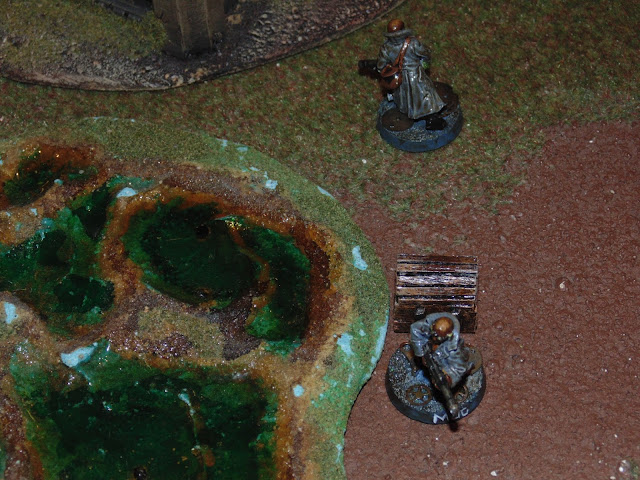 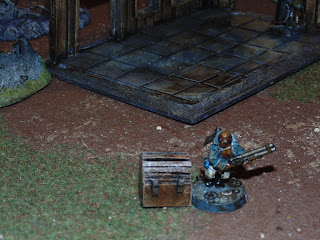 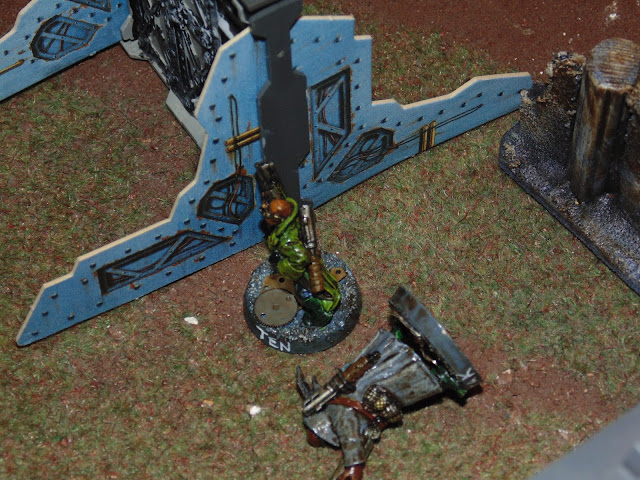 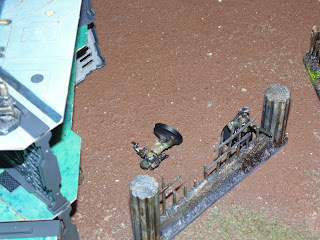 Curly let off a volley from his heavy stubber and managed to pin a Hero. 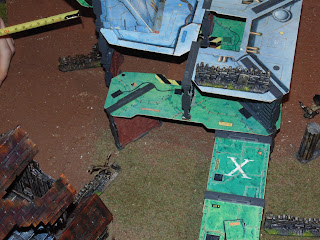 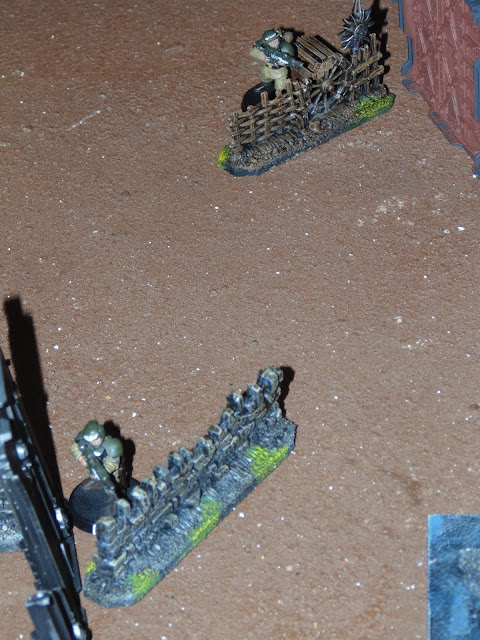 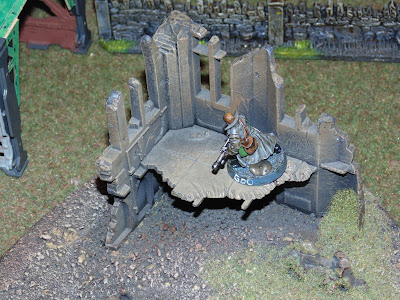 Goose began a cat and mouse game with a Hero in the ruins opposite, he was trying to keep in cover but at the same time stop the Heroes from pouring forward. 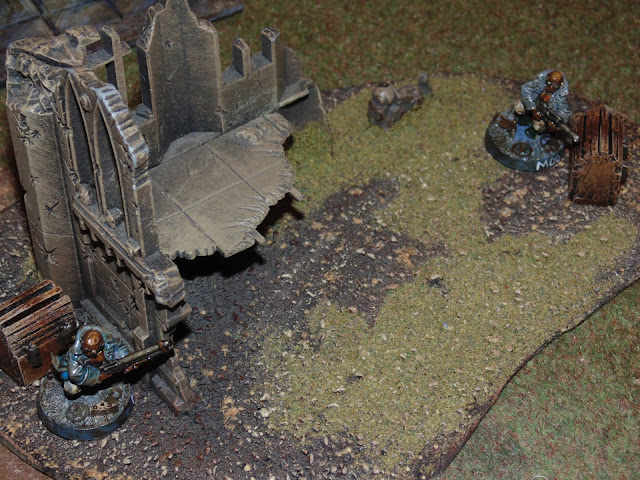 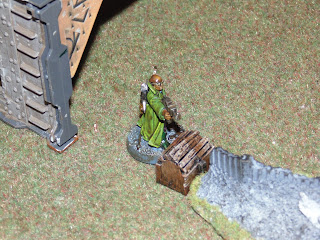 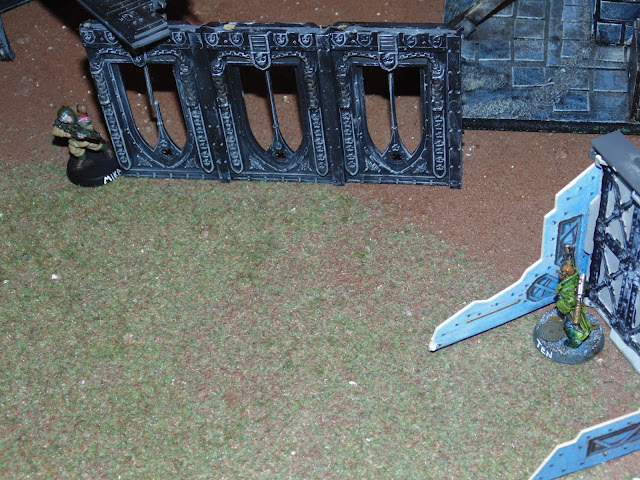 Ten get some special attention from a Hero on the left flank. 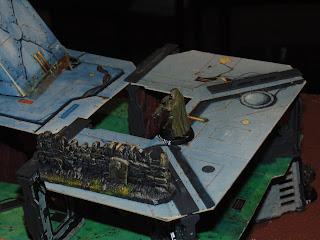 A sniper moves forward on the building top and tries to find a viable target. 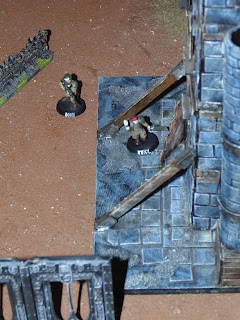 As the Heroes move in for the kill, Manny and Curly keep them at bay by being on overwatch. The rest of the gang scuttle off home and I called the game. In the after game sequence the new Juve who had only just arrived from the settlement died, poor soul. 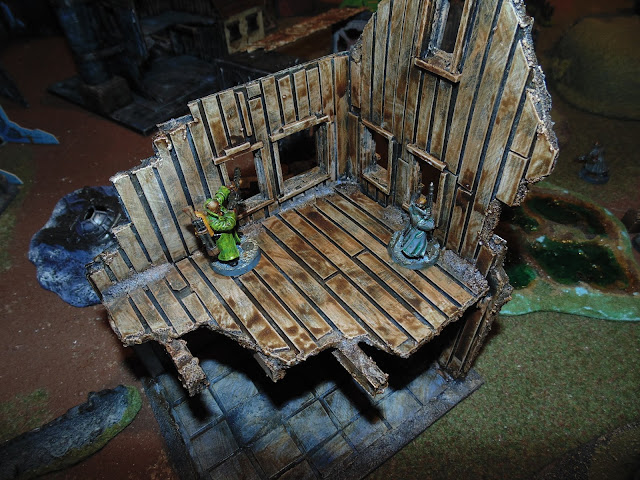 Another exciting game and for me this one was quite lucrative as Davids Kelly's Heroes were a far more experienced gang, so even though I lost I gained quite a bit in the process. Will post an update on the gang to see where they are at the moment.

Looking forward to the next game.

Email ThisBlogThis!Share to TwitterShare to FacebookShare to Pinterest
Labels: Necromunda