Following on from earlier here are Rogue and Wolverine. Have been getting these painted, not so much for Marvel Universe Miniature Game, that Knight Miniatures dropped earlier this year, but mainly because some of my friends came up with the idea of playing Zombicide with the X-Men as survivors, fun :-) 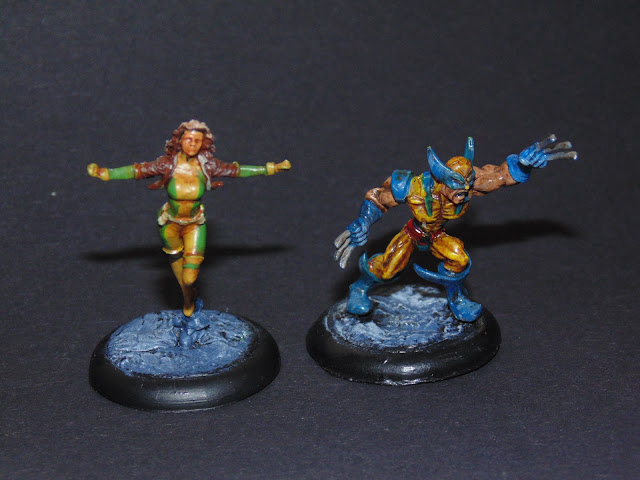 Wolverine, nicely animated, now I can see him I can see there is some tidying up round his belt to be done. 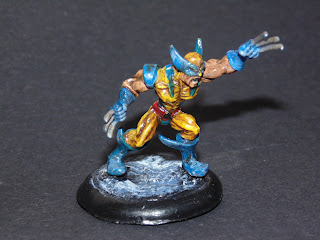 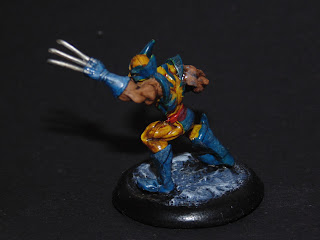 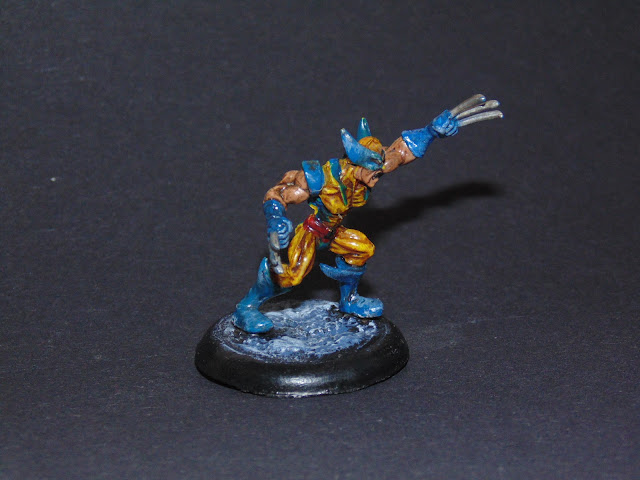 Wolverine is a Heroclix version, rebased and repainted, bit more of a dynamic pose than the Knight Miniature version, which also have. 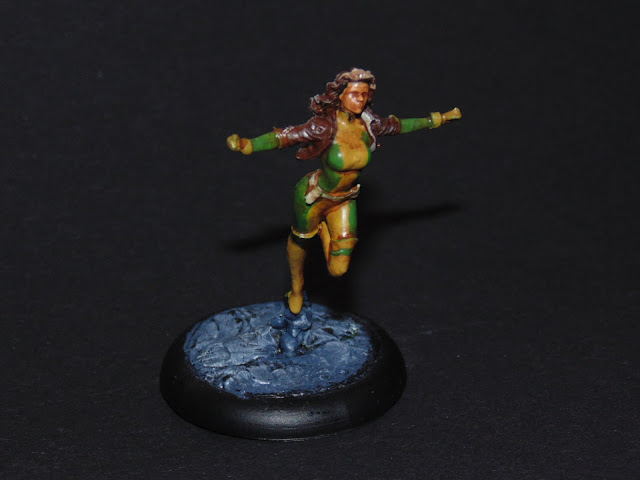 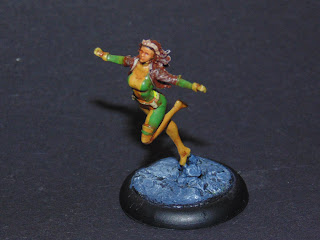 Rogue is another Knight Miniature, a nice model but a bit thin in places, especially her ankle, can't be dropping this one. I had real problems focussing on her face, rubbish camera man am afraid. 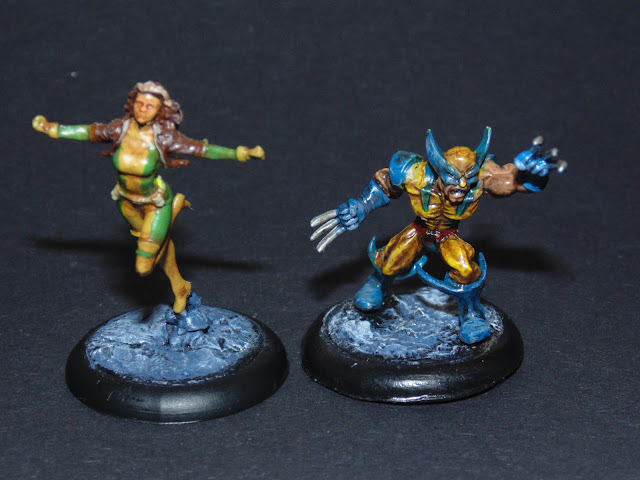 To date I have painted the following X-Men recently: Rogue, Wolverine, Storm and Cyclops.
On the horizon are Colossus, Jean Grey, Gambit and Nightcrawler.