D&D: The Heather and the Harpies 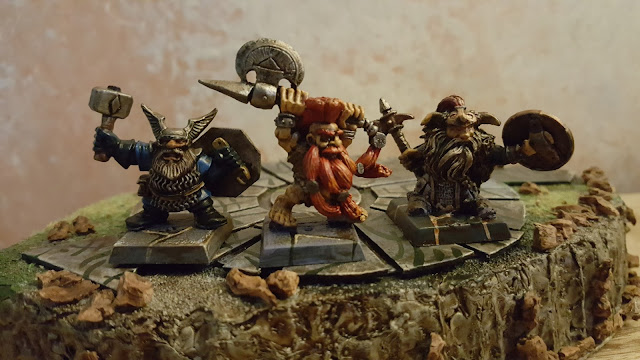 Not far from here, there is a mountain. Atop that mountain, instead of harsh, jagged peaks, there is a flat patch of soft, green land. The soil is rich and fertile, and the heathers that grow there are the finest that can be found.
Not long ago, the dwarves who made their homes in the mountain's roots would dream of climbing the slopes, harvesting the mountain's sweet heathers, and taking them back to their stills to flavour their spirits. However, they seldom made the climb, and those who did rarely returned. The mountaintop was beset by harpies, and the foul beasts would kill and devour any dwarf who ventured too far skywards.
In the village at the foot of the mountain, there lived three brothers. The eldest brother was the strongest warrior in the village, and the other villagers said that if anyone could defeat the harpies, surely it was him. So, keen to find fame and fortune, he put on his armour, slung his axe over his shoulder and set off, up the mountain.

Less than a day later the eldest brother returned, his armour scratched and his skin bloody. He had slain many of the harpies, he said, but there seemed to be no limit to their numbers, and eventually he was forced to flee. Disappointed, the villagers turned to the second brother, who was known to be the fiercest warrior in the village. Hoping to best his brother and find glory for himself, he put on his own armour, took up his broadsword, and set off for the mountaintop. A few hours later, however, he too returned, lucky to have escaped with his life.

With the village's two most respected warriors defeated, the villagers despaired. To everyone's surprise, the youngest of the three brothers, who was not a warrior at all, but rather a talented craftsman, announced that he would go to the mountaintop and drive out the harpies. His older brothers laughed in his face.
"You?" They jeered; "What can you do? Stay in your forge, little brother, and make yourself useful crafting weapons and armour for us real warriors."

But the younger brother was not deterred. He was quite accustomed to his brothers' bullying. He took up the sword, shield, and armour he had crafted himself, along with a large sack, and set off in the opposite direction, away from the mountain. His brothers mocked him further when they saw him going the wrong way, but he took no notice.

He walked downhill, until he reached the caves at the ocean's edge. He knew the caves to be infested with goblins, and he went right inside. Now, even for the most inexperienced dwarven warrior, goblins are child's play; particularly if that dwarven warrior happens to be equipped with the most exquisitely crafted armour and weaponry in all the land, as this one was. Within an hour, the younger brother had slain several dozen. He tossed them into the sack, and dragged them back to his forge. There, he set about stripping the flesh from their bones, which he then began to fashion into something different altogether. He used every part of the goblin, even boiling down their fat to create a sort of glue to hold the bones together. He hacked and carved and shaped and crafted for an entire day, and then, under cover of darkness, he dragged his creation up the mountain, left it there, and went to bed.

He was awoken at dawn by the sound of cheering. Outside, all the villagers were gathered on the green, and in the centre of the crowd he saw his two older brothers.
"Behold!" They cried; "Look upon the heroes who have driven out the harpies from the mountain! Come, gaze upon our triumph!" And with that, they set off for the mountaintop; the rest of the villagers following excitedly.

When the crowd reached the final approach to the mountaintop, they were greeted with a truly astounding sight. Upon the flat summit of the mountain stood a gargantuan figure, some fifteen feet tall, hewn from bone and clad in tattered, grey skin. The two older brothers stood to either side of the effigy. It was clear to the young dwarf that his two brothers had followed him up the mountainside the previous night, and now meant to take the credit for his work.
"See!" The older brothers gloated; "The harpies dare not come for us, because, as surely everyone knows, harpies are terrified of giants! We can even stand upon the mountaintop without need for armour!"

The villagers rejoiced, cheering and laughing, all except for the younger brother. He was not angry either, though. He simply watched, smiling, as the sun rose over the horizon, creeping over the mountain, bathing the bone giant in its rays. The giant creaked, swayed, and then abruptly fell, crumbling into nothing more than a pile of dry, rattling bones. No sooner than the last bone had hit the ground, could the sounds of shrieking and leathery wings be heard upon the wind. The two older brothers tried to make for the cover and safety of the mountainside, but were caught up in an enormous flock of cackling harpies, and were torn to shreds instantly. The other villagers were shocked and dismayed to see their two finest warriors killed before their eyes. Not the youngest brother, though. After all, surely everyone knew that glue made from goblin fat will hold fast in darkness, but fizzle away to nothing in the light of the sun? 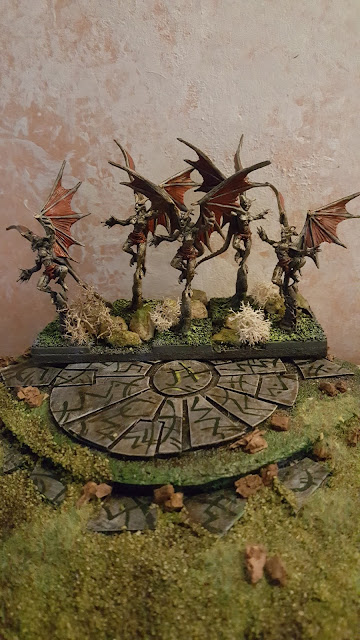