Coming up shortly I will be playing another episode in the Five Parsecs campaign I have been doing solo for quite some time now and the game needed a specific piece of terrain to play it. Namely a container which hovered above the ground and was controled by a hand held device. 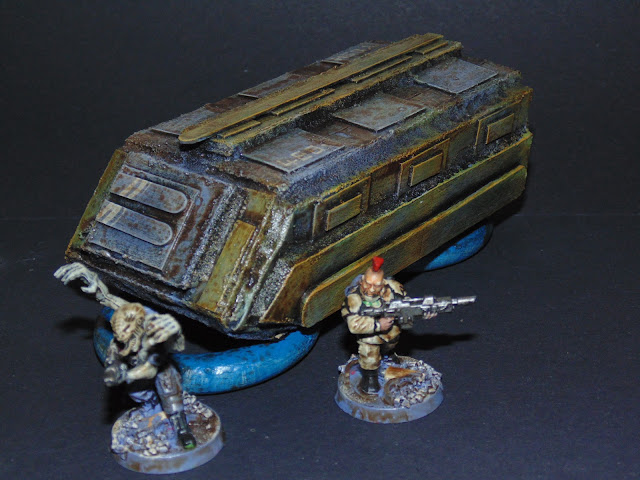 I went to my very handy box of templates that I keep, (never throw a template away) and found a template for the interior part of a Chimera tank I had made for some children in school some 10 years or so ago. It seemed fitting so I used it to make the model below. Made from the usual stuff except for the curtain rings which I have kept for ages. 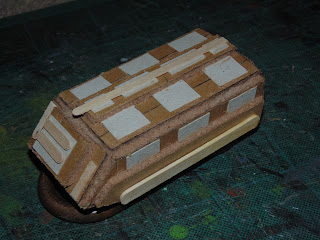 I filled all the exposed card edges with PVAcrete and tried to keep it as smooth as possible. 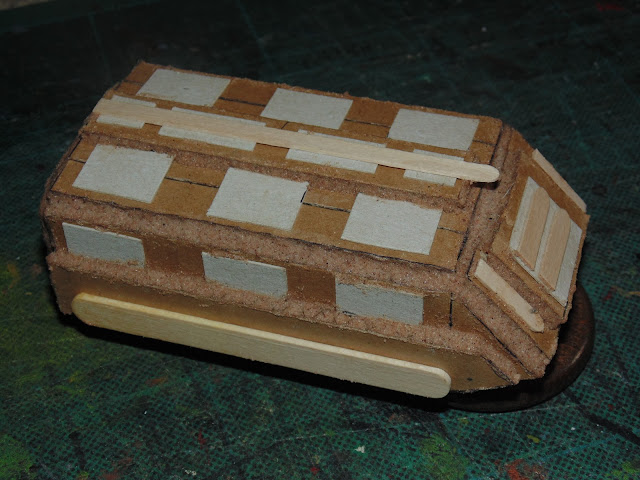 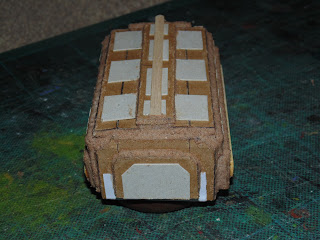 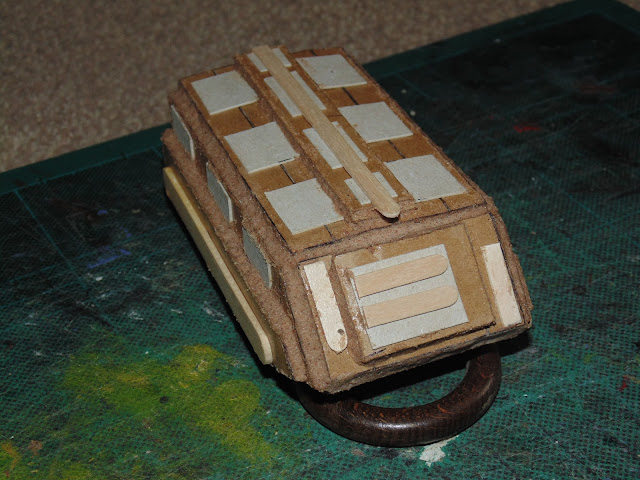 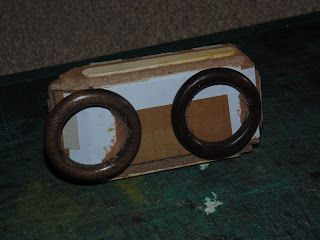 Managed to glue the rings on slightly off centre which has done my head in, but have had to leave. 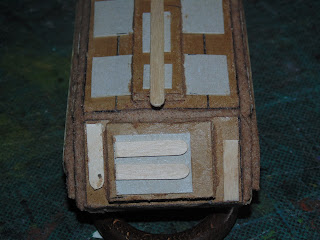 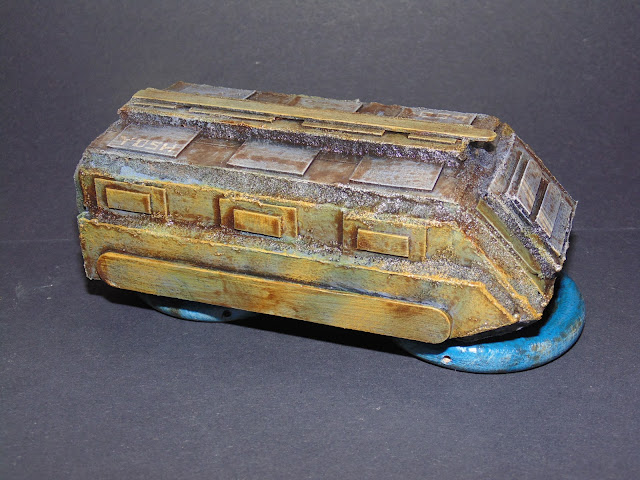 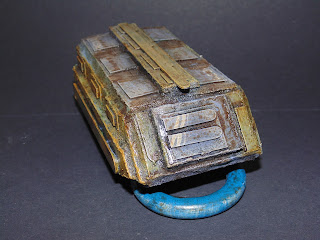 I used grey green and blue mostly match pots from B&Q with exception of blue and yellow highlight which were GW paints. 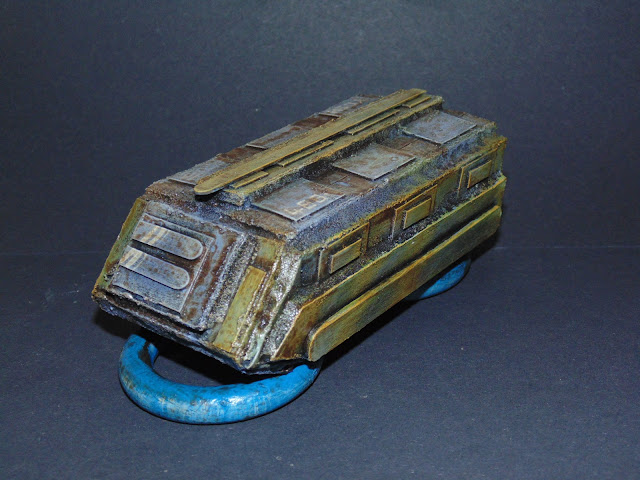 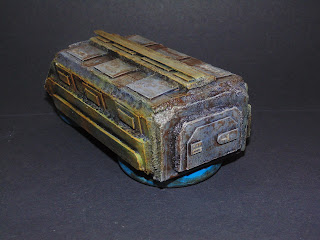 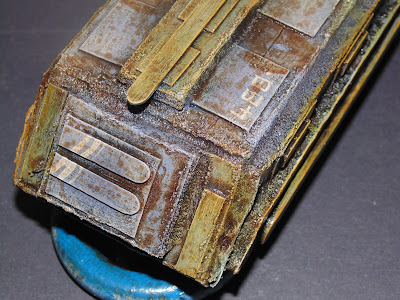 I have added a few more markings along the side since I took these pictures.