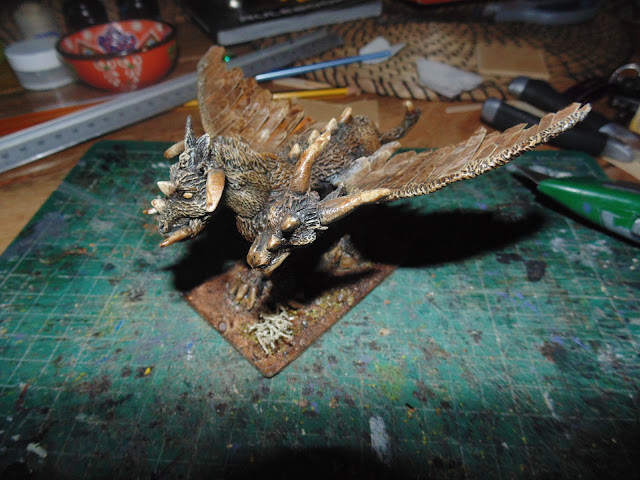 I made this Chimera quite some time ago and stopped using it in games because it was on a much larger base than it should have been. 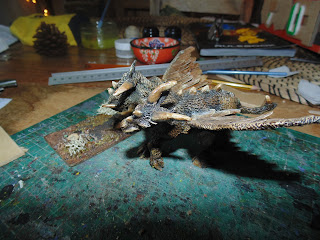 It was on a 100mm by 50mm base but should have been on a 50mm square base. Which really affected how it played. 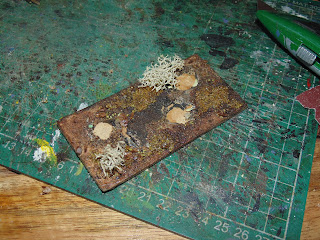 I decided it was time for a remodelling. 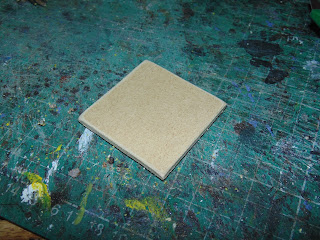 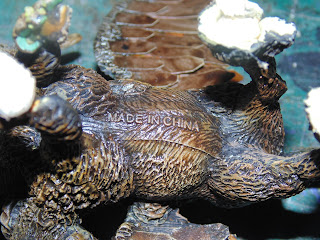 My Chimera made from a load of GS and several plastic animals from China apparently :-) 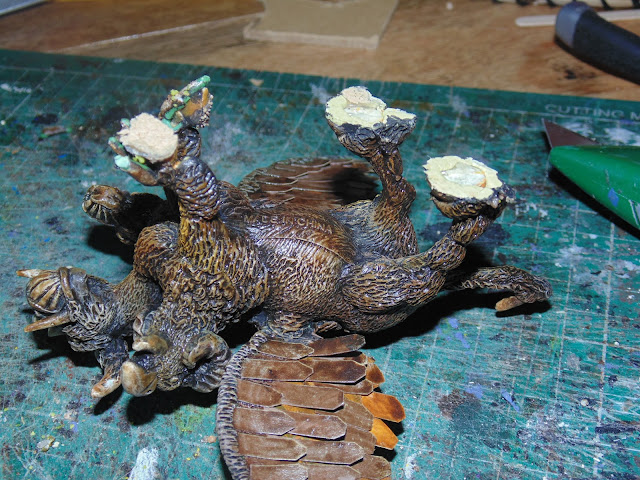 The wings I made from thin cereal packet card, Cornflakes probably. 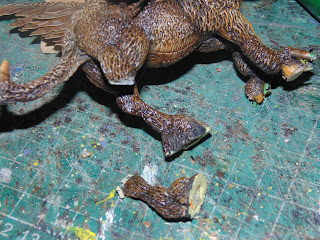 The rear leg needed removing to make it sit on the new base. 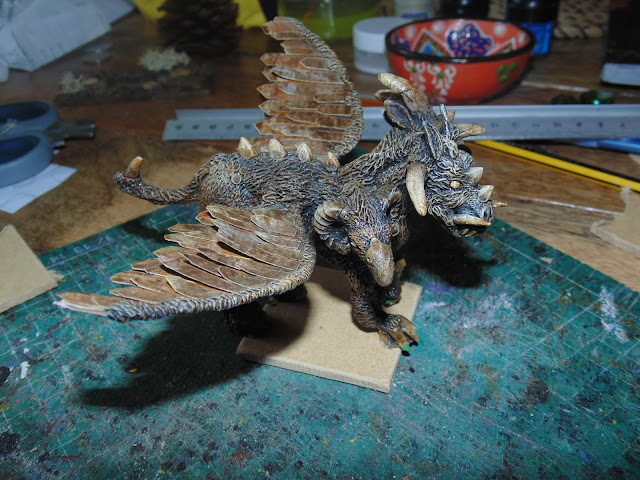 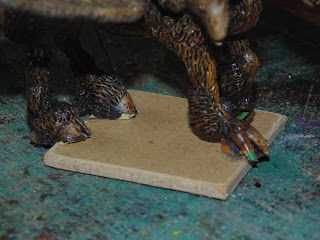 All glued in place. 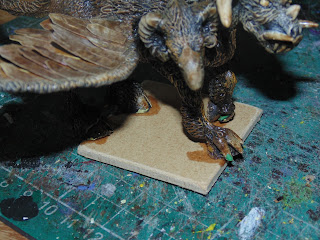 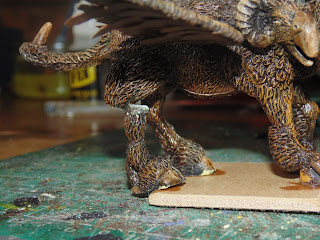 Just needs the GS adding and then repainting. 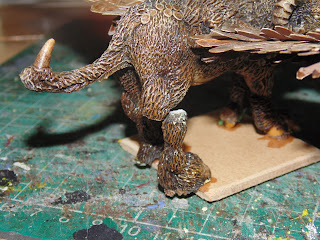 With GS and repainting the final altered leg looks like this and fits on the base reasonably well. 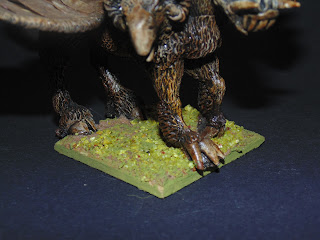 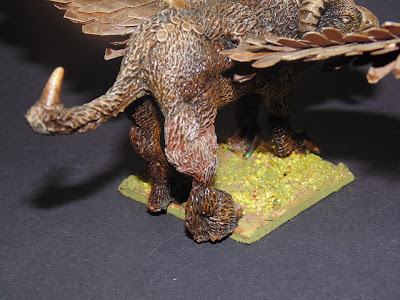 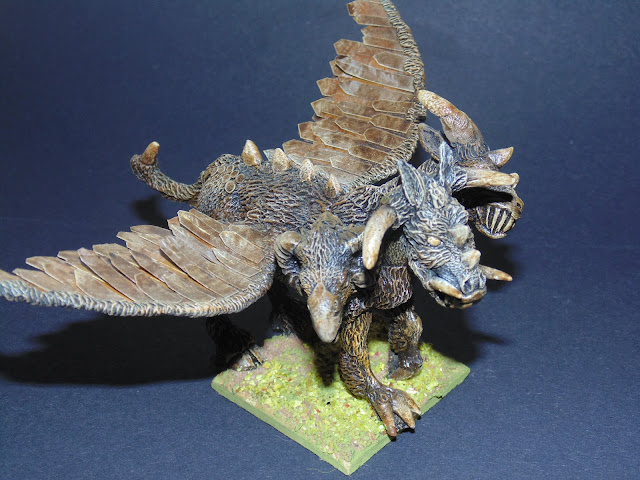