Since Gambit had made an appearance along with Jean Grey in our last Marvelcide game, thought I would post some photgraphs of him. 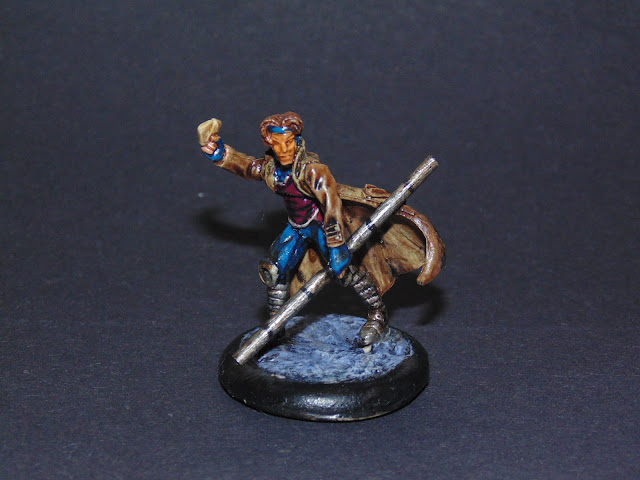 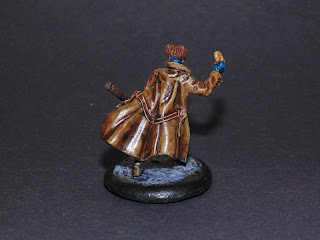 Had to do some work on his staff, the original was rather bendy and out of shape, but I thought I could remedy that so worked and worked at it till it was straight..... then it snapped in two!
So decided to pin and glue a cocktail stick inplace instead. A little thick perhaps but does the job.

The rest of the model just needed a good lick of paint and highlights adding. The original paint jobs never include highlighting, it often gives the miniature a new lease of life.
Posted by Darryl Hunt at 03:03