This is my latest warband for Frostrave, it has featured in a couple of games but every time it has it was nowhere near painted. 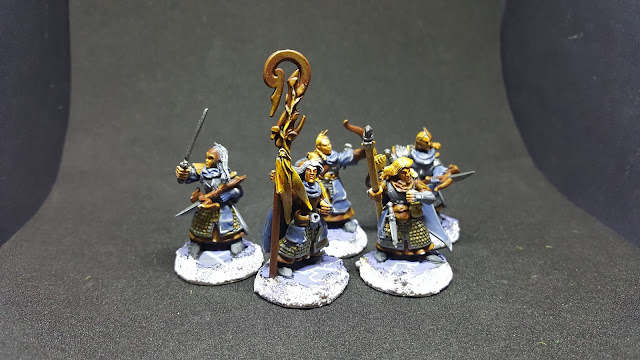 Wizard, apprentice, two crossbowmen and an archer. They don't all play these are just what I have made. 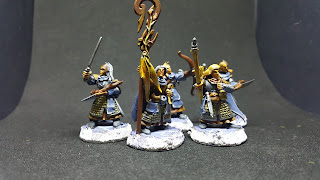 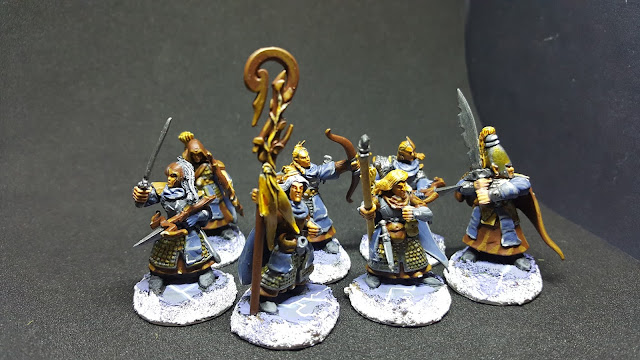 Infantryman and Tracker, with hood at rear, added. 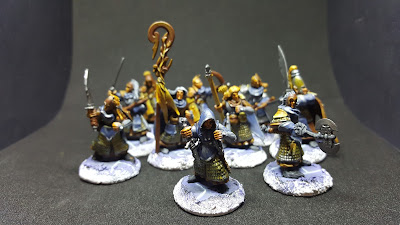 Two thugs and a thief extra. 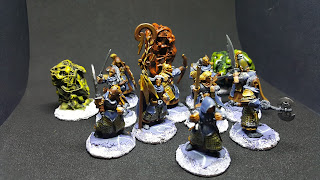 Lastly with the three Demons I've made to play with. So far have only ever conjured an Imp, but you never know. 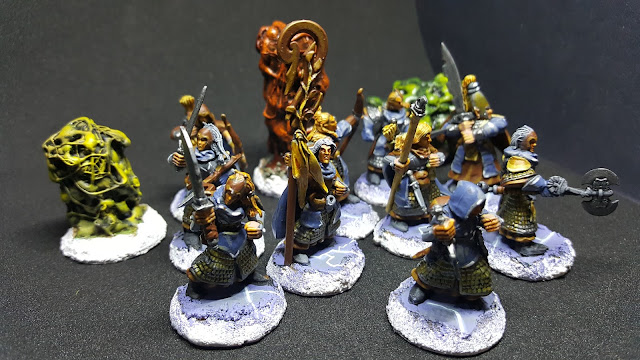 All the miniatures are a conglomeration of bits I have left over from my bits box. These are almost exclusively taken from my Elf leftovers, which are numerous, both High and Wood elf, but with a few Dwarf/Orc bits and lots of green stuff added.

Some of the miniatures are relatively recent GW sculpts but nearly all have a basis set in the 90's, as I have a box of at least 50 spearmen and archers from that era that have never been used. Ebay eh?

These pictures below are the twighlight versions, or the photographs I forgot to turn the light box on for! 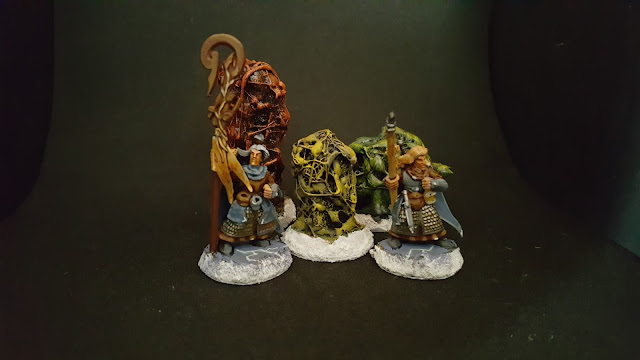 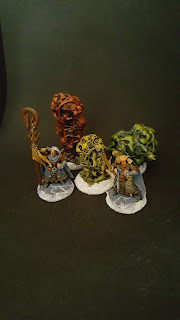 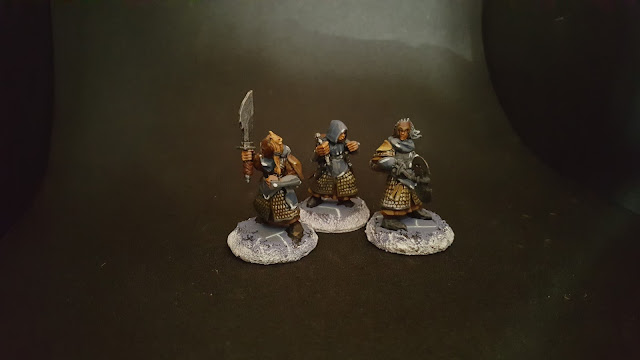 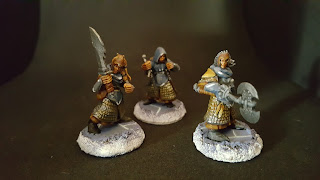 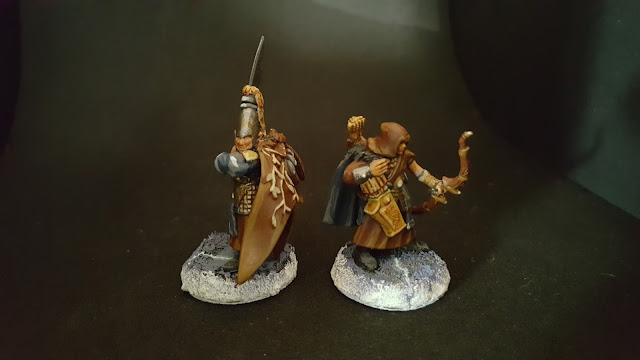 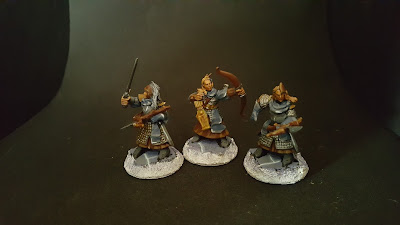