I organize my dungeons so that I have a different deck for different games. Sounds odd but what I mean is, firstly I still use cards for events and secondly I use tailored decks, each with a theme.

So, for instance, I have just completed a Dark Elf deck, all the cards are Dark Elf themed, so no orcs or chaos dwarfs to be seen. I group the models I think go together to make a unique deck.

I like the continuity, same race dungeons, also means I don't have to have my complete collection of models out each time we play. 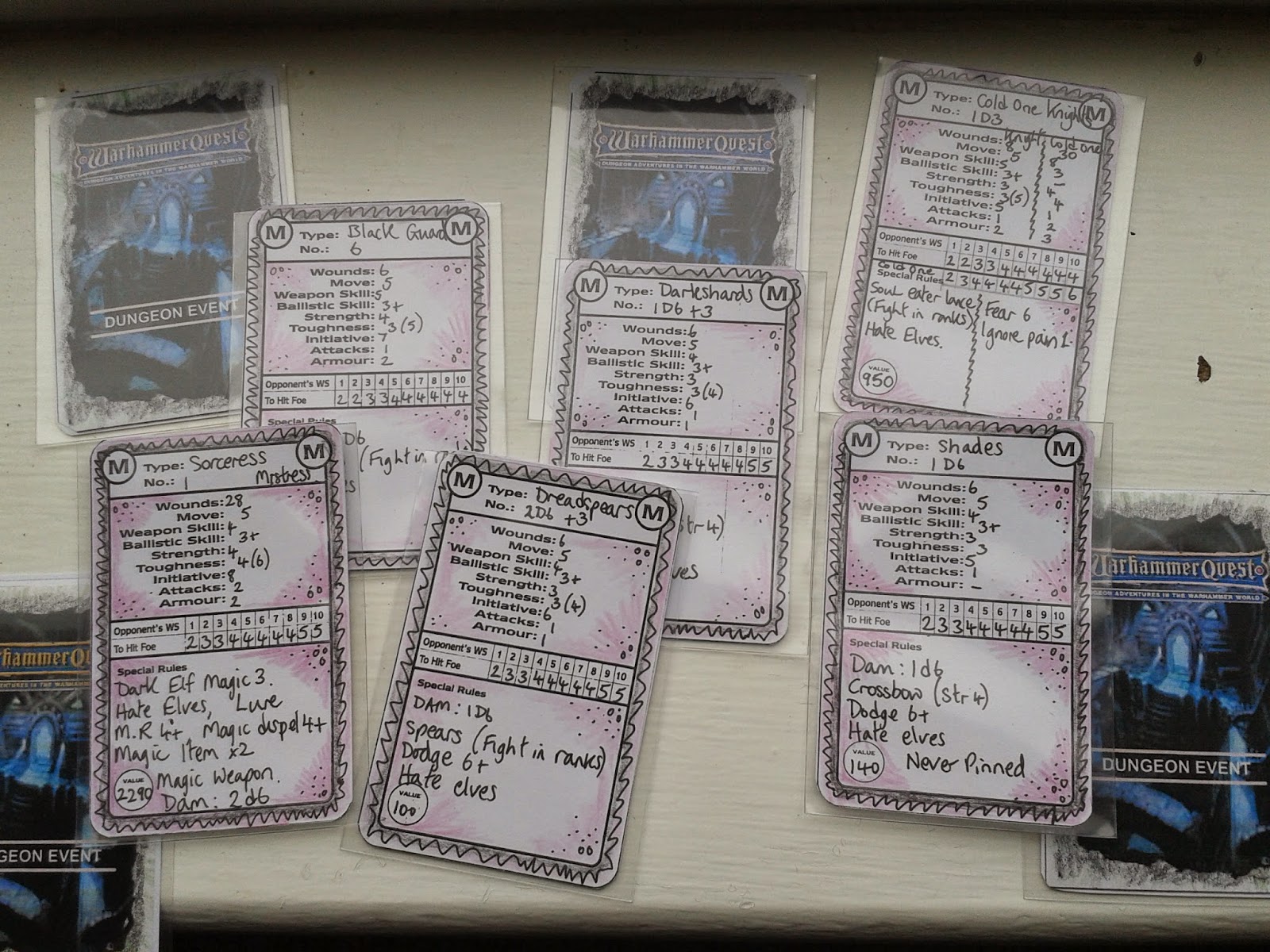 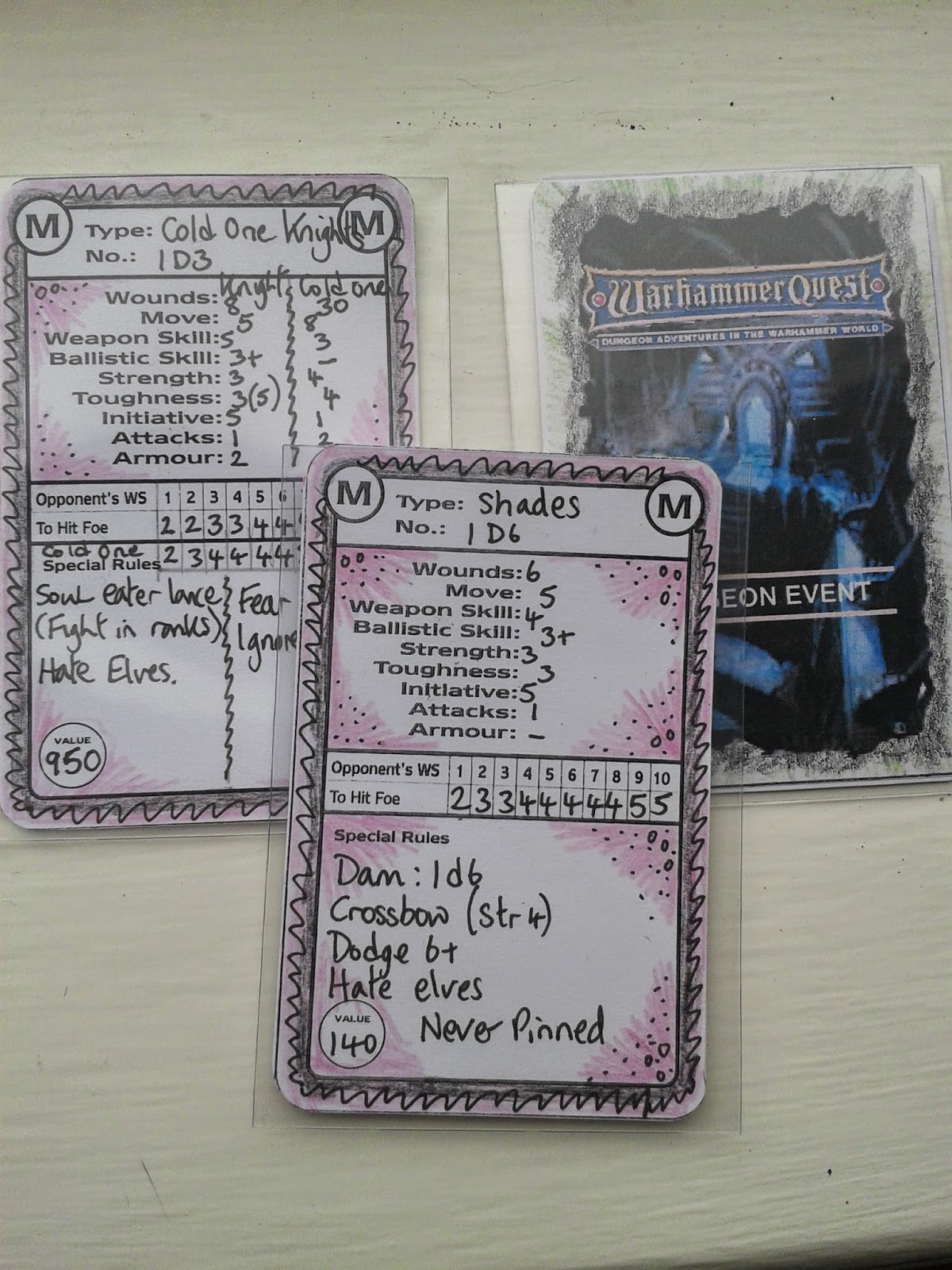 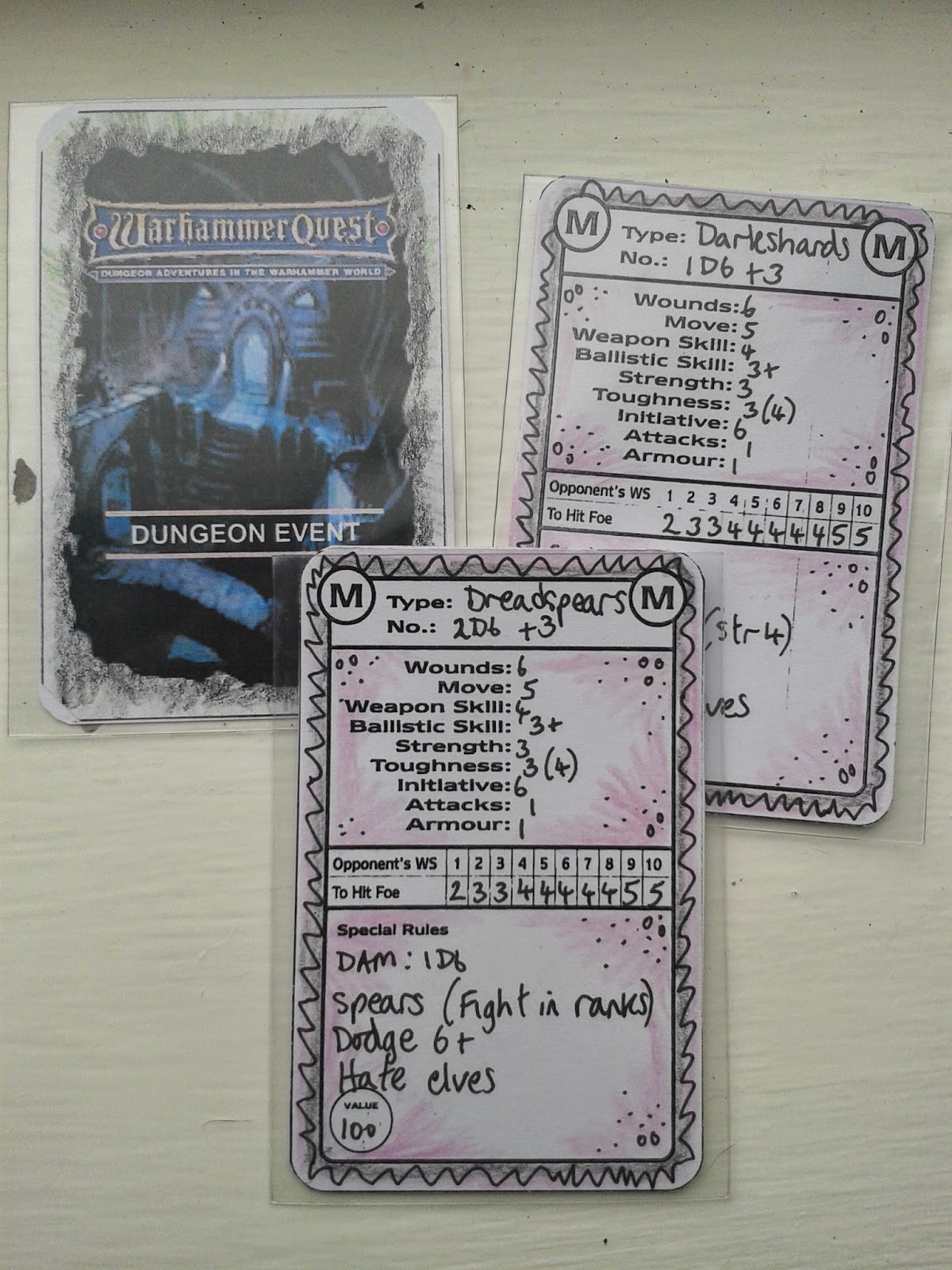 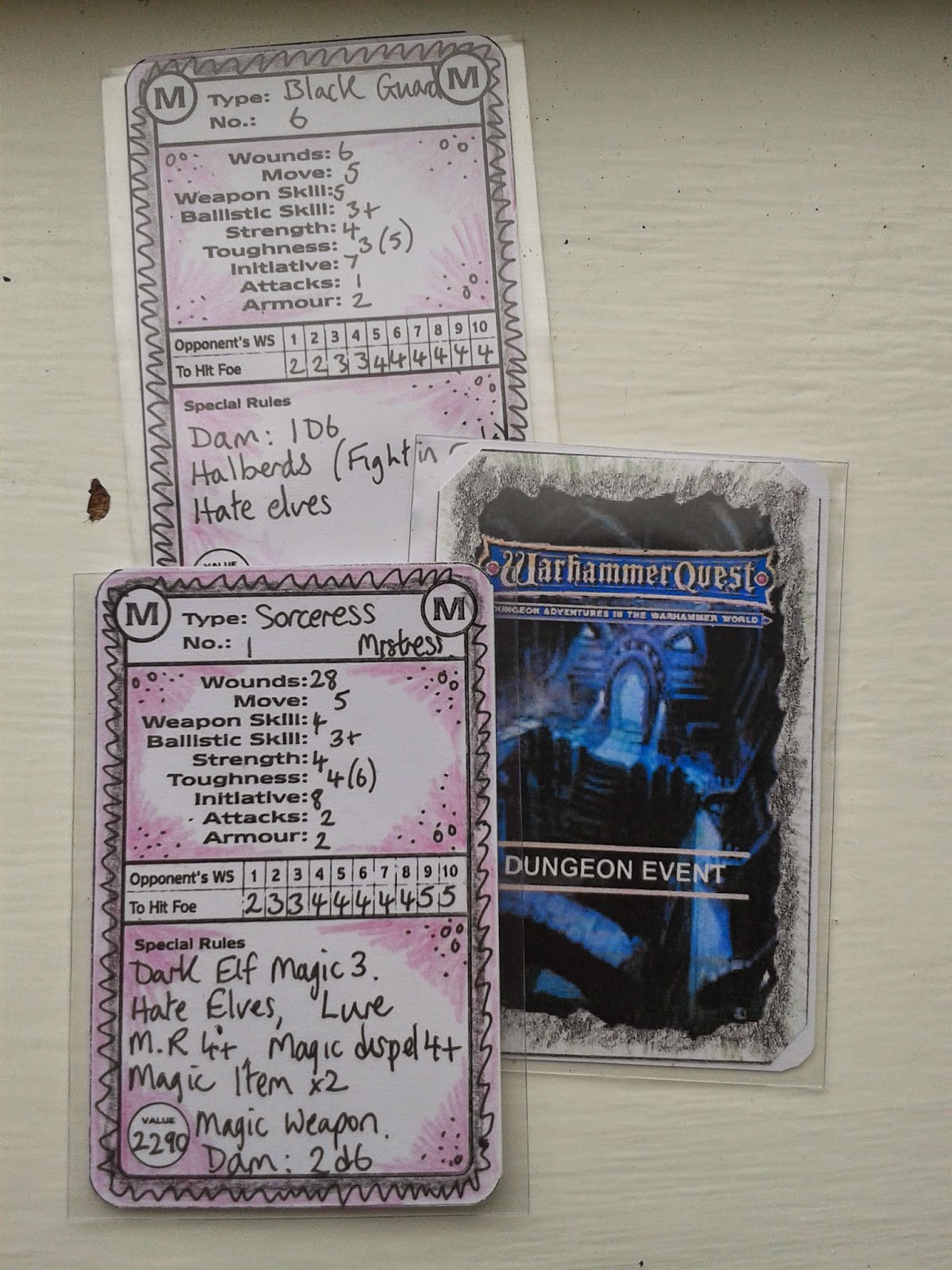 I have always done this since my early days of roleplaying. Also I'm not keen on having huge beasts in the bottom of a dungeon, how on earth did that massive dragon get into a room that he can only just fit in?
Although sometimes a story line may involve a big creature held captive for effect, so it does happen. Just not often.

Obviously the problem arises that as the characters develop they will be in danger of out-matching the decks. So what do is revisit them every now and then and add cards in or remove others to create a new theme. I also hold back some cards to use only in certain adventures. I know that that means I will be aware of them as a player, but I'm able to detach myself, it allows me to act as half dungeon master and half player. If the cards have been altered some time in the past I can actually be surprised by their contents.

The other thing I do is have an something happen so that the whole deck is altered. So for instance if I think that the Orc deck is a bit too easy for our level 5 characters, I make up a story which gives all the orcs in a particular dungeon the taint of chaos, every creature the PCs find have plus 2 to their toughness. Something simple like that can make a huge difference.

Of course if the group are playing outside then a War Hydra, Giant or Dragon can come along to mix things up a bit.

So far I have made: Beastmen, Orc, Chaos, Undead, and Dark Elf decks. So each time we play I tend to pick a different deck to keep things fresh.

Each deck has hazards, traps etc added in too, so often the complete deck is so large, 30 + cards that it never gets played all the way through in a single session, this keeps it fresh as well.

And of course as I put together more models I can create a new deck and off we go. I think Chaos Dwarfs will be next, but have all the models to make and paint. So a future project.