On Monday night I was lucky enough to get involved in my first game of Mordheim in 15 years. When my son was about 12 we used to play and so did Steve the Magnificent, but long has been the years since my terrain had been used for its intended purpose. 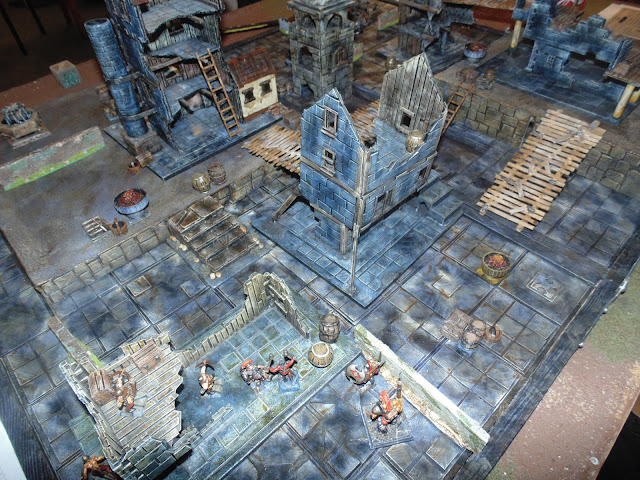 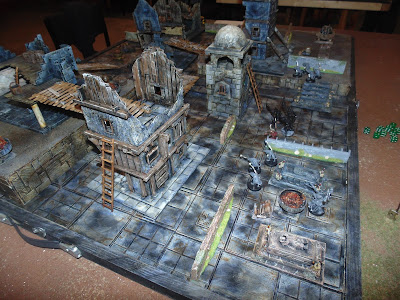 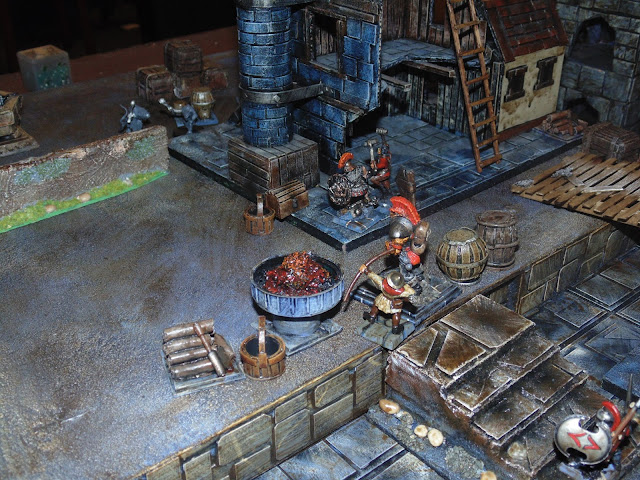 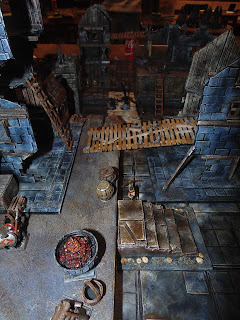 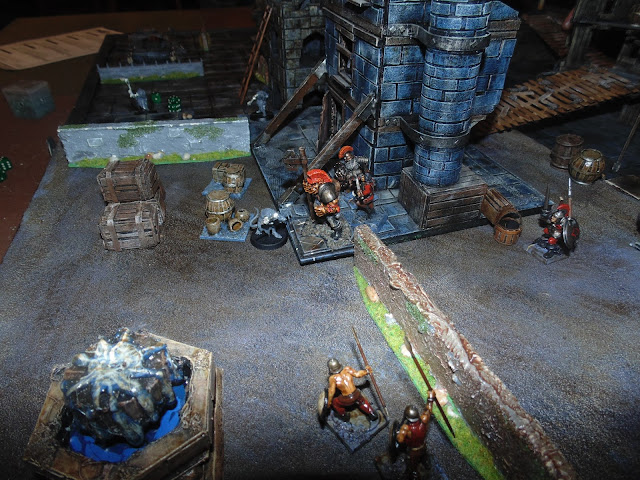 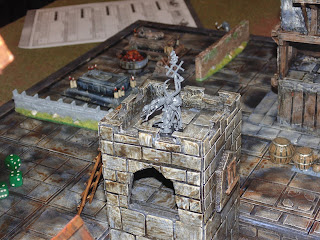 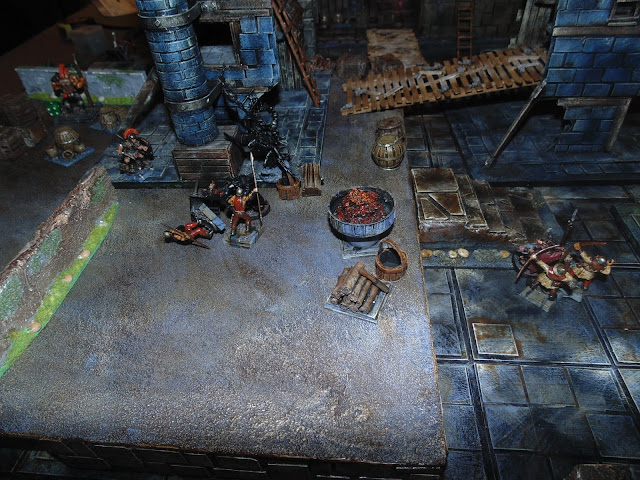 Anyway on Monday I got to play Adam at the club and we had a good old tussle and a few laughs along the way too.

The Middenfaced Muggers took on a Skaven Warband on the outskirts of Mordheim and managed to squeek a victory (sorry). After 7 or 8 turns the Skaven voluntarily routed after their Adept had been dispatched by Blackhead Bill along with 4 or 5 Verminkin.
The Muggers didn't get off Scot free, Charle was hurt but made a full recovery while one of the warriors was slaughtered.

We had played the basic Skirmish scenario so only a few exp were earned, but enough for McThorne to pick up Expert Swordsman, Artur to gain an extra point of WS and Bill to learn the Strongman skill- very useful.

However the most interesting series of post game results had to do to one of Adam's characters, his Black Skaven I believe. He was injured at the end of the game and rolled on the injuries table; he rolled 65, sold to the pits and was then beaten in combat by a pit fighter: thrown out into the streets he was then captured by the Middenfaced Muggers who just happened to be passing and then shown a modicum of mercy and sold back to his warband for 15 GC. A very entertaining series of events.
(Although we may have read the results poorly, but who cares it made a great story) 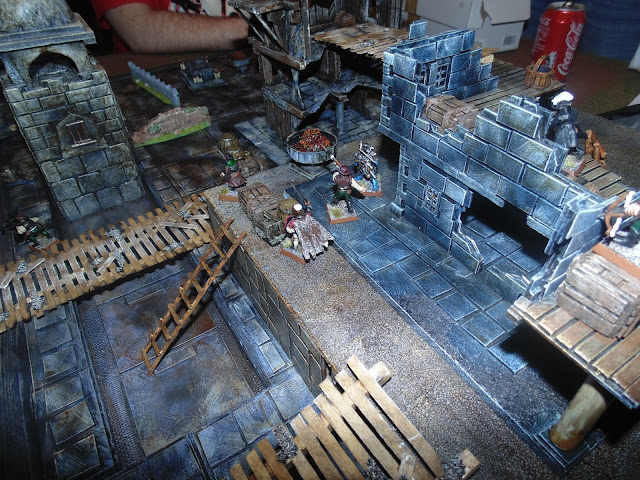 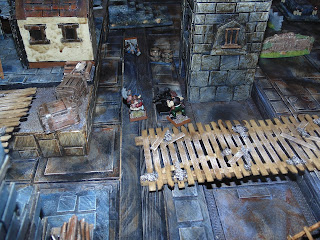 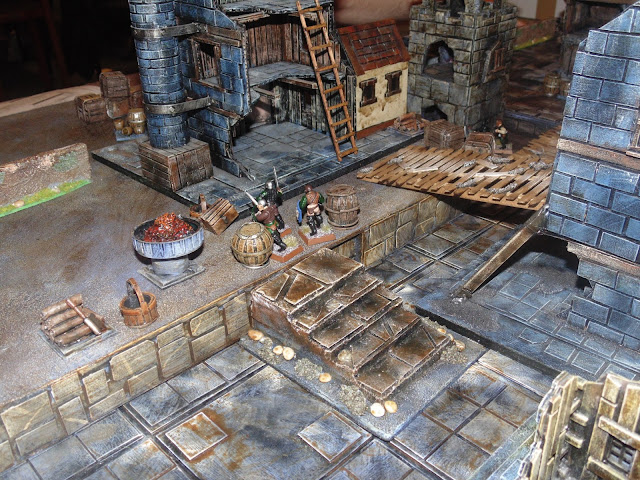 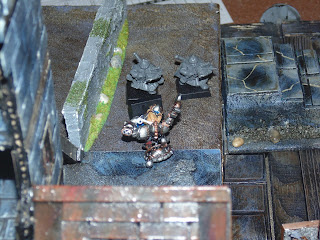 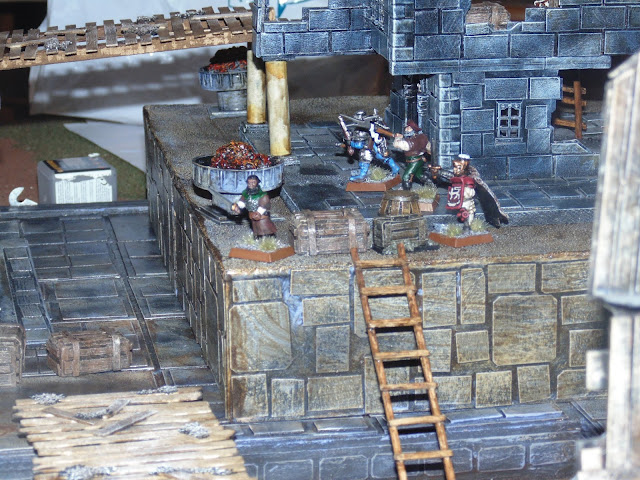 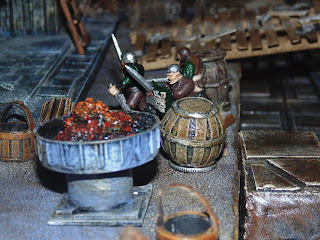 After we played another game was had between a Dwarf and Mercenary gang, with  the Dwarfs coming off worse. 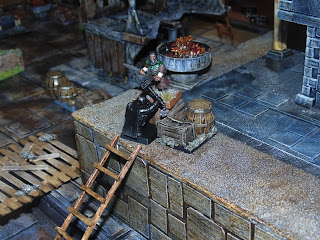 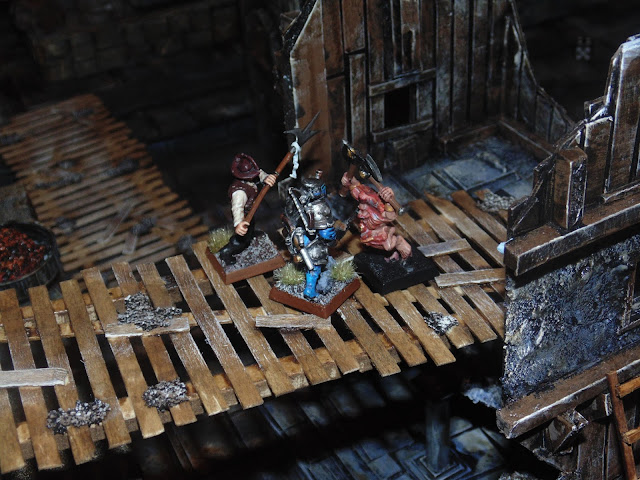 The game reminded me of why I loved playing GW games all those years ago and I will be playing at the club  as much as I possibly can.
Posted by Darryl Hunt at 08:23