Never contend with just one project on the go, I thought I would share something else that is half completed... These are going to be for my Herd army, my take on Herd type Eagles, yup made from cheap plastic toys from Home Bargains yet again and loads of green stuff. 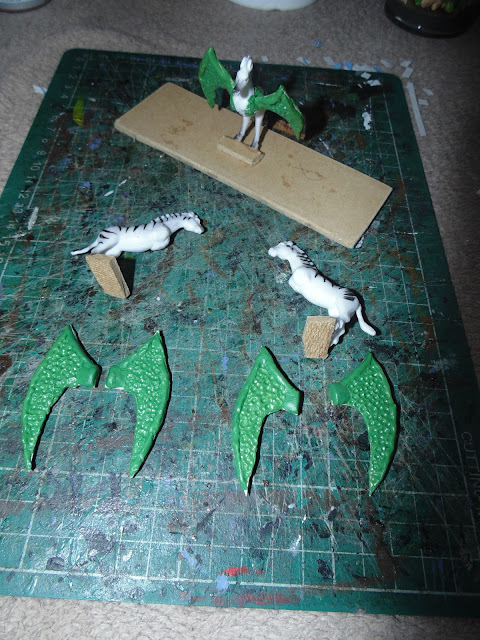 Poor zebra with their forelegs removed and wings added. The block of hardboard alters the angle at which they stand so they are more upright. I wanted them to have a herd feel, bovine, animalistic that sort of thing, hence the zebra. Oh and also the zebra were the only animal I had left from the box I had bought. 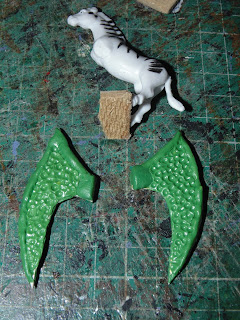 So what have we got on the go so far: 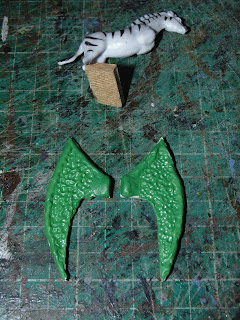 Many of these projects will be finished either today or tomorrow and will post more when I can. 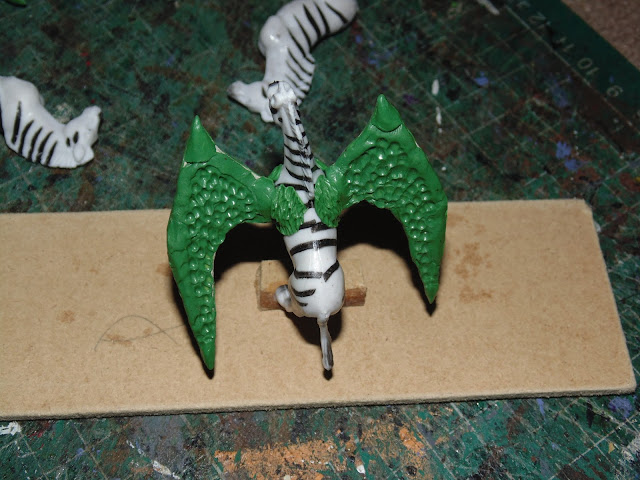 The wings are a cereal card former with GS laid on top in stages, otherwise they get even more untidy than mine are. I know, hard to believe isn't it? 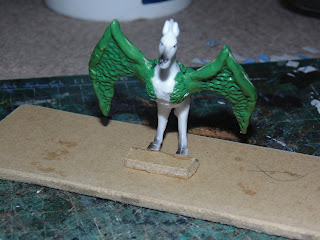 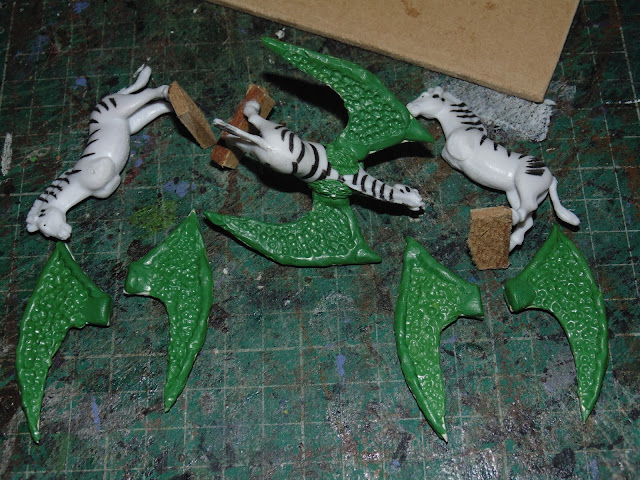 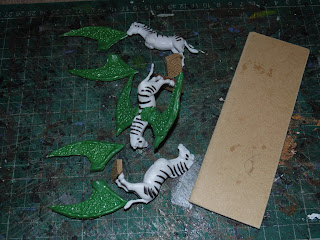