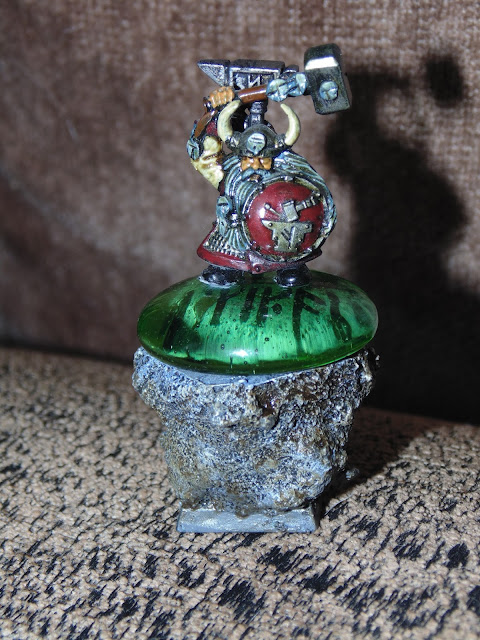 Following on from my revamped Stone Priest fo last week I knew it would only be a matter of time till I reworked the other I intended to use. Here it is. 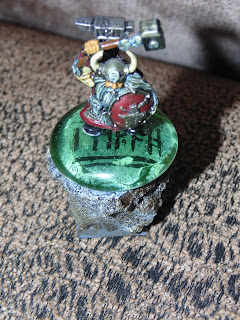 I made the "rock" bit from half a foam board pillar I had made and done nothing with, trimmed a bit and covered in PVAcrete.
I had intended writing something on its top, but then saw a left over large, green glass bead which called out to me. So I stuck it on with some cheap superglue which sort of worked, but left a few stains, what can you do? 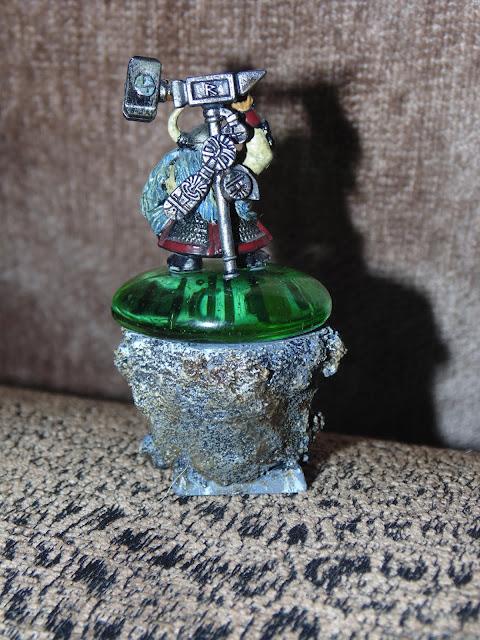 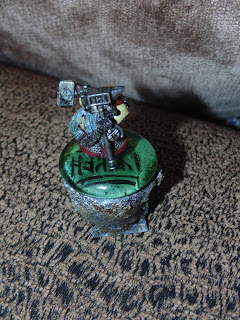 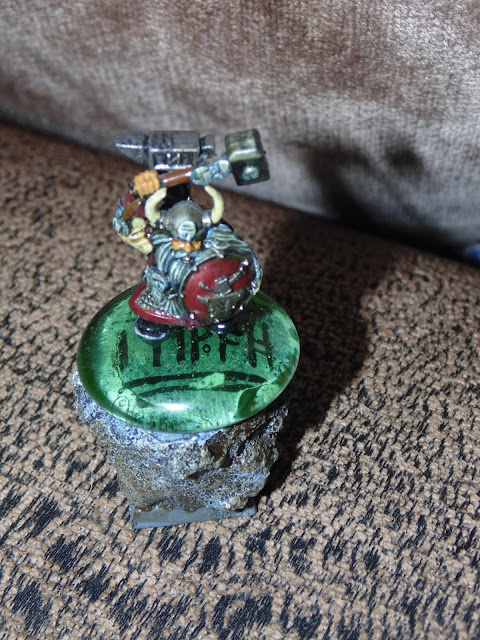 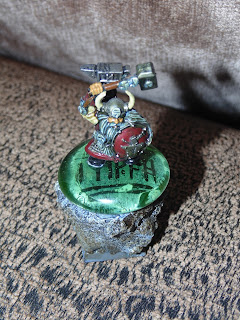 I think the runes are the same as those on Killi's stone in the Hobbit film, but I could be wrong! 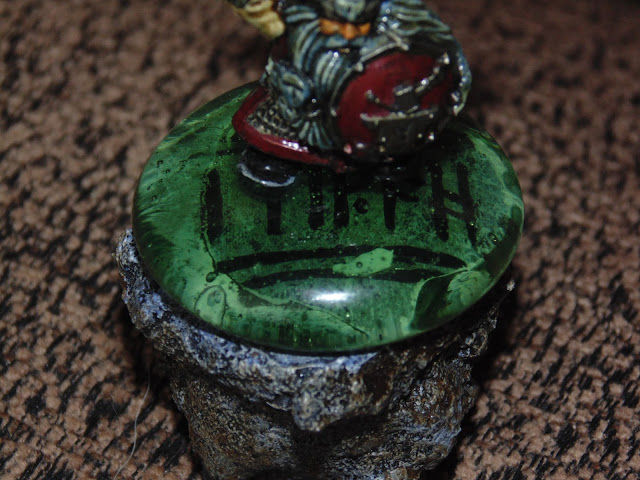 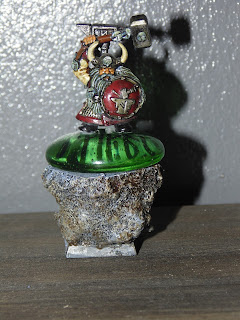 Looking at these I realised the bead is slightly off centre, trying not to think about it just in case my OCD kicks in and I have to remove it and start again! 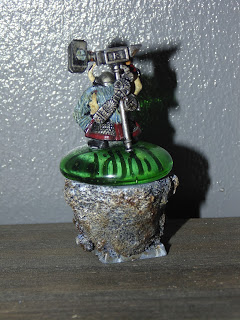