Got completely sidetracked yesterday by the idea of creating 3 Dwarf Battle Drillers to be used instead of the Steel Behemoth, which I am not sold on completely. Also I have been looking for chaff units for the Dwarfs and the Drillers are a possibility. 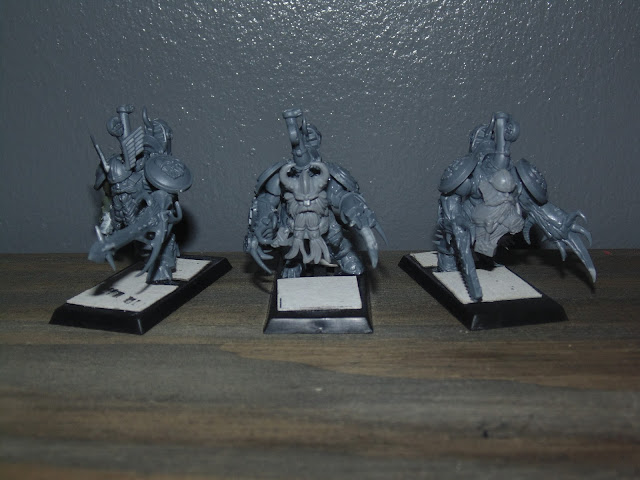 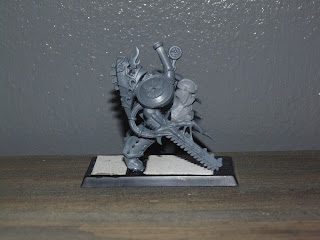 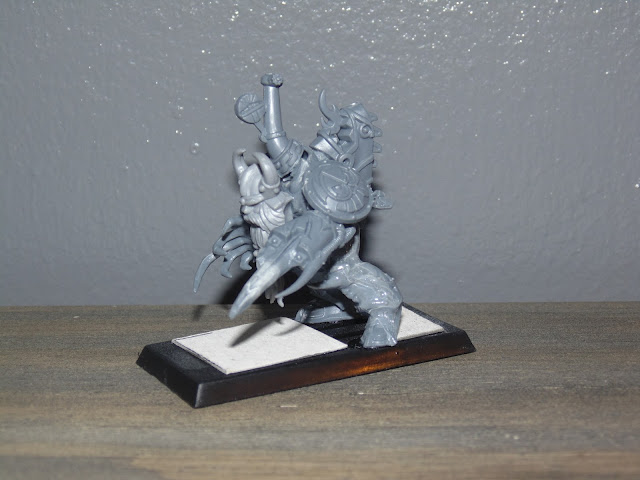 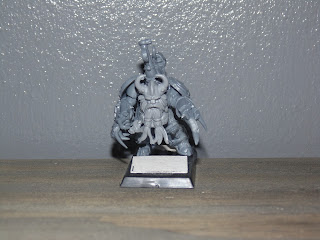 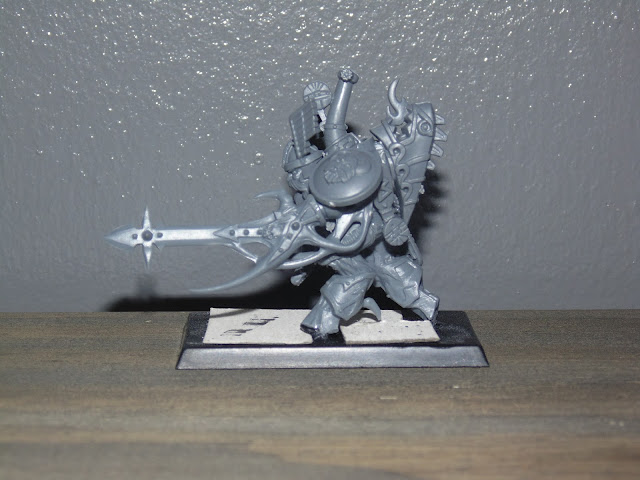 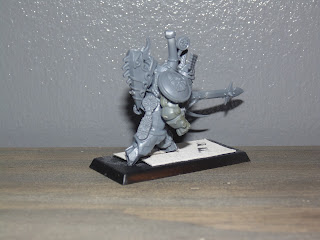 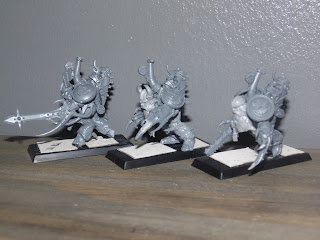 I took a GW Chaos Marine and removed its head and added the Dwarf one instead, then used shields as shoulder pads and added as many rune bits as I could find. I cut the arms and put them back on at a more shallow angle and mounted the whole thing on a 25 mm by 50 mm base. I also cut to pieces the horn from the dwarf boxed set and added different parts to the back and behind the head to give a more dwarven feel.

What I was looking for was the sort of robot feel you get with some of the Warmahordes type models, several are on the net. The only thing I didn't have were the drills, but they all sport plenty of spiky bits and at the moment I am happy as they are.

Painting should be straight forward as I intend them to be mostly metallic, again reflecting the robot theme. However there is some GS to be added to areas around the shoulders and the stomach.
Posted by Darryl Hunt at 00:48